Most might regard their own nervous ticks to be highly annoying and mostly unnecessary, but what if those our fidgety movements could be used for the greater good? Well, maybe not the greater good, but at the very least to charge your phone.

This brings us to MOOV, a graduation project from furniture designer Nathalie Teugels that recently surfaced on the internet due to its ingenious premise. The chair is lined with 288 piezoelectric crystals, so sensors within the chair are activated to electrically charge any plugged in device when it detects movement or pressure. "My goal is to change negative ideas about people who cannot sit still into a positive approach by creating [useful] energy", says Teugels, who also noted her experiences with ADHD helped her to come up with the initial idea. 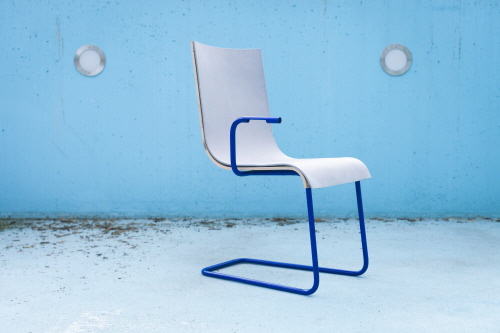 The form still seems somewhat crude but the concept is so novel there is surely plenty of potential for growth—that is, unless the world finds out some way soon to make better phone batteries (seriously, it may never happen!).

I can only imagine what the future would look like in this scenario: you're in the middle of a city with no outlet in sight? No problem—just plug into a park bench and get to fidgeting! Our urban landscapes could slowly turn into public spaces full of wiggly bodies for the sake of fully charged devices...

Whatever the future holds with this chair, all I know is as a perpetual desk-fidgeter myself, I'm in desperate need of it.