"When all the possibilities of modern technologies are lost, one returns once more to basic things, basic materials, to basic thoughts..."

As a sculptor and designer, Isamu Noguchi was incredibly versatile and well-versed in many materials. Within his considerable body of work, ceramics don't appear frequently, yet they represent surprisingly prolific and adventurous moments in his career. He only worked in the medium during three immersive trips to Japan, first while on a Guggenheim fellowship in 1931, a shorter stay in 1950 and again in 1952, after which he never used clay again. These works—many of which are currently exhibited in Isamu Noguchi: Functional Ceramics at The Isamu Noguchi Foundation and Garden Museum—represent a melding of Western modes of thinking about art and Japan's significant ceramic tradition.

"Should anyone ask what is characteristic of my development now I think it is my rediscovery of this intimate nature which I had almost forgotten since childhood. It is anybody's childhood, I suppose, to know nature this way. Yet to know nature again as an adult, to exhaust one's hands in the earth...one has to be a potter or a sculptor, and that also in Japan." 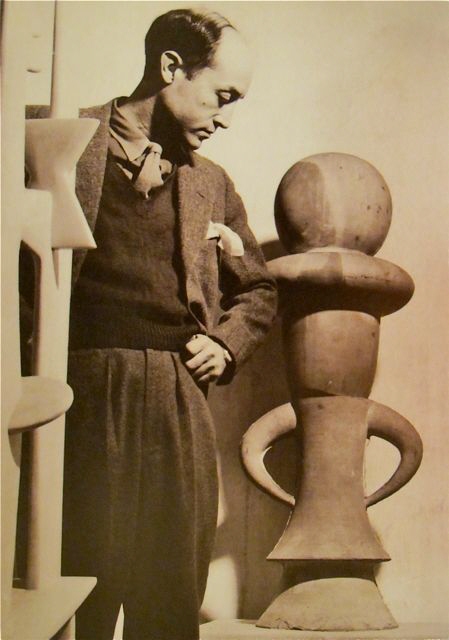 Isamu Noguchi with The Queen, 1931 [Image courtesy of MONDOBLOGO]

When Noguchi came to Japan in 1950, he was offered the opportunity to exhibit in the country for the first time at the Mitsukoshi Department Store in Tokyo. During an intense month-long period, Noguchi created an entire body of work (he hadn't brought any work with him from New York) much of which was developed in the city of Seto, an area known for its ceramic tradition. 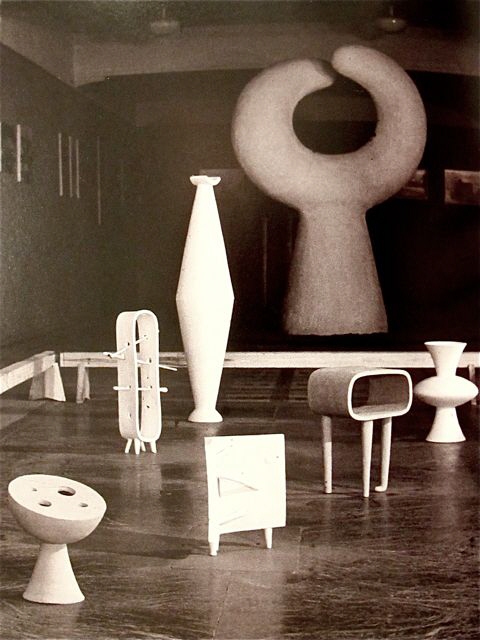 Though Noguchi was eager to learn all he could about traditional techniques from master potters and sculptors in the area, formally his works are decidedly non-traditional and reflect his interest in abstraction and surrealism. "There is a purposeful, playful ambiguity about the functionality of Noguchi's eccentric ceramics," explains curator Dakin Hart. Irregular apertures in tables become vases, while the knobby legs they stand on impart an anthropomorphic quality to the pieces—seen together they feel like a whimsical cast of characters with distinct personalities. 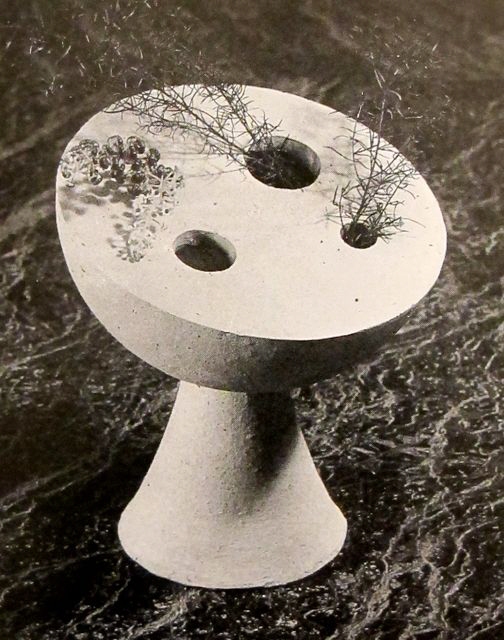 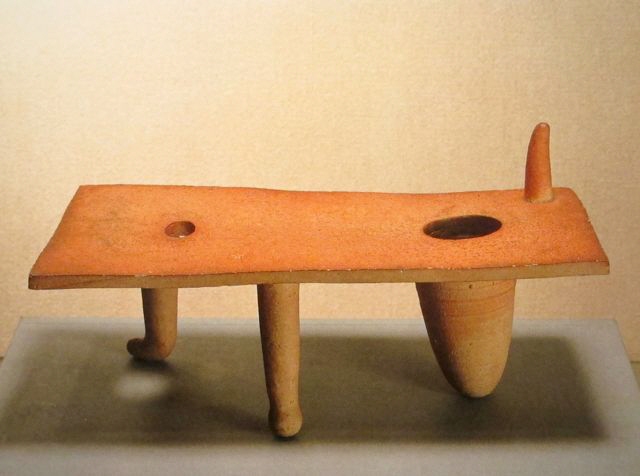 "Whatever quality my work now has is I hope that of nature—that is to say the result of our communion. Where there is humor it is that of nature. The subject is nature, its pathos or grandeur. There has I trust been a minimum of the imposition of will and thought. The medium which is the earth itself has its own way—and the fires of the kiln burn away my petty prides." 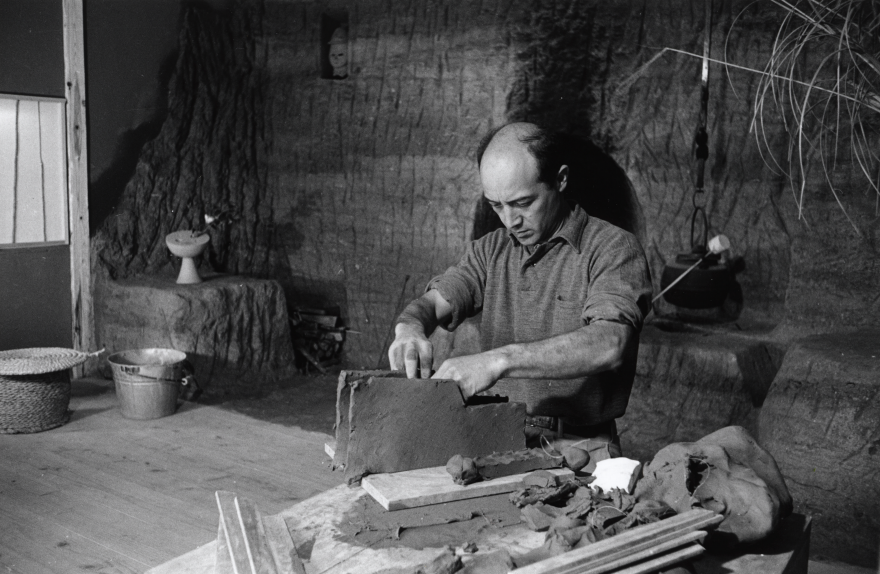 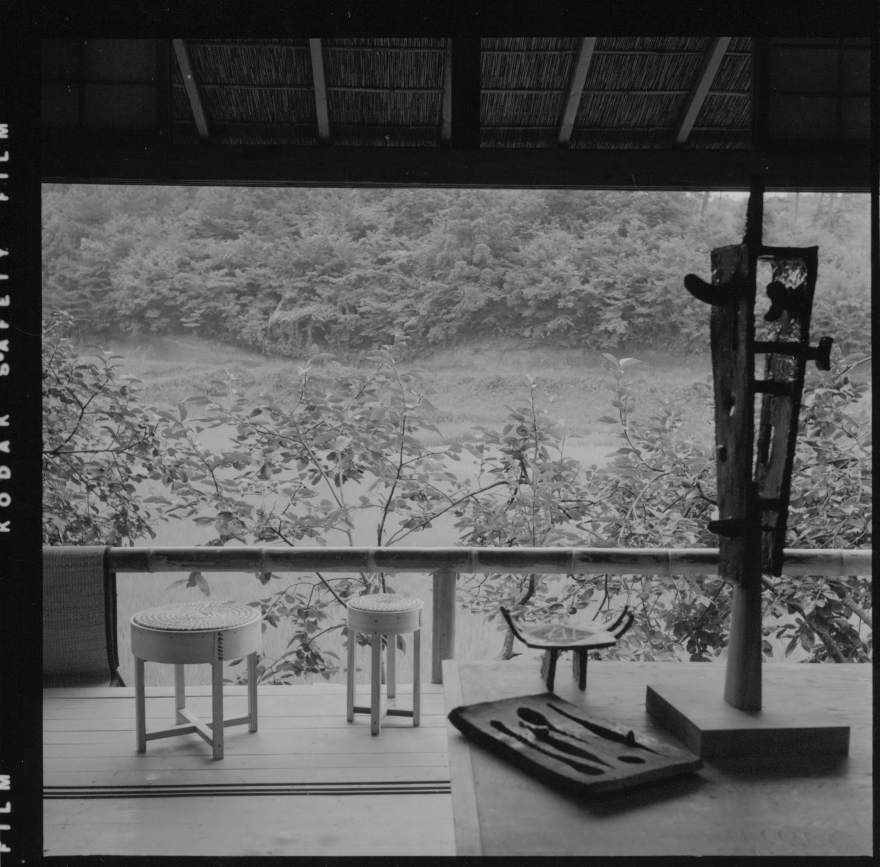 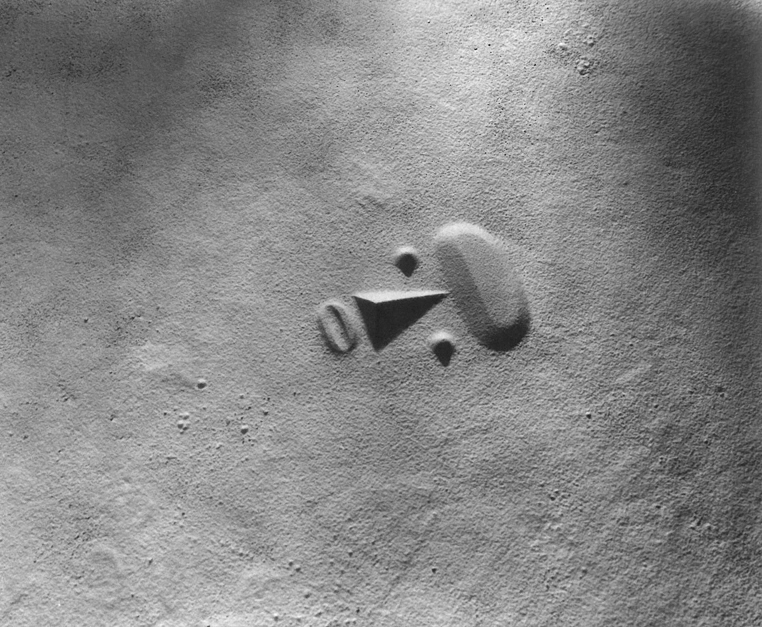 Sand Model for Sculpture to be Seen From Mars, 1947

In 1952, Noguchi returned to Japan and stayed in Kamakura, a rural village outside of Tokyo. He set up a studio on the estate of potter and restaurateur Kitaoji Rosanjin and remained there for a year. Influenced by the tableware in Rosanjin's restaurants, he created a series of playful dishes which he would later refer to as "sculptures that lie down." "Topography is hinted at throughout Noguchi's tableware, with areas differentiated and partitioned through inscribed patterns or glazes," notes Hart. "Face Dish, with its articulated dome eyes, pyramidal nose, curving mound lips, suggests a tentative relationship to his most imaginative (unbuilt) earth work, Sculpture to be Seen From Mars (1947)—a basic depiction of man's features broadcast into space—here scaled down to a personal and potentially comical encounter." 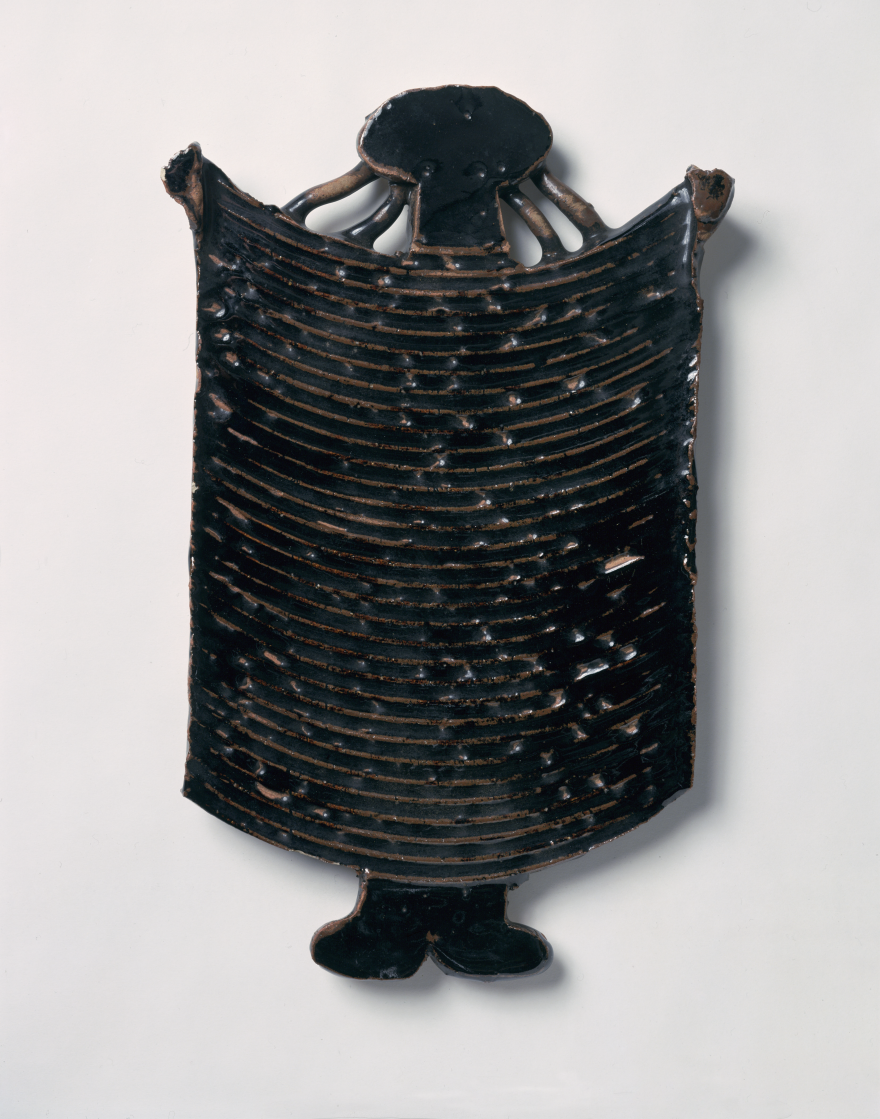 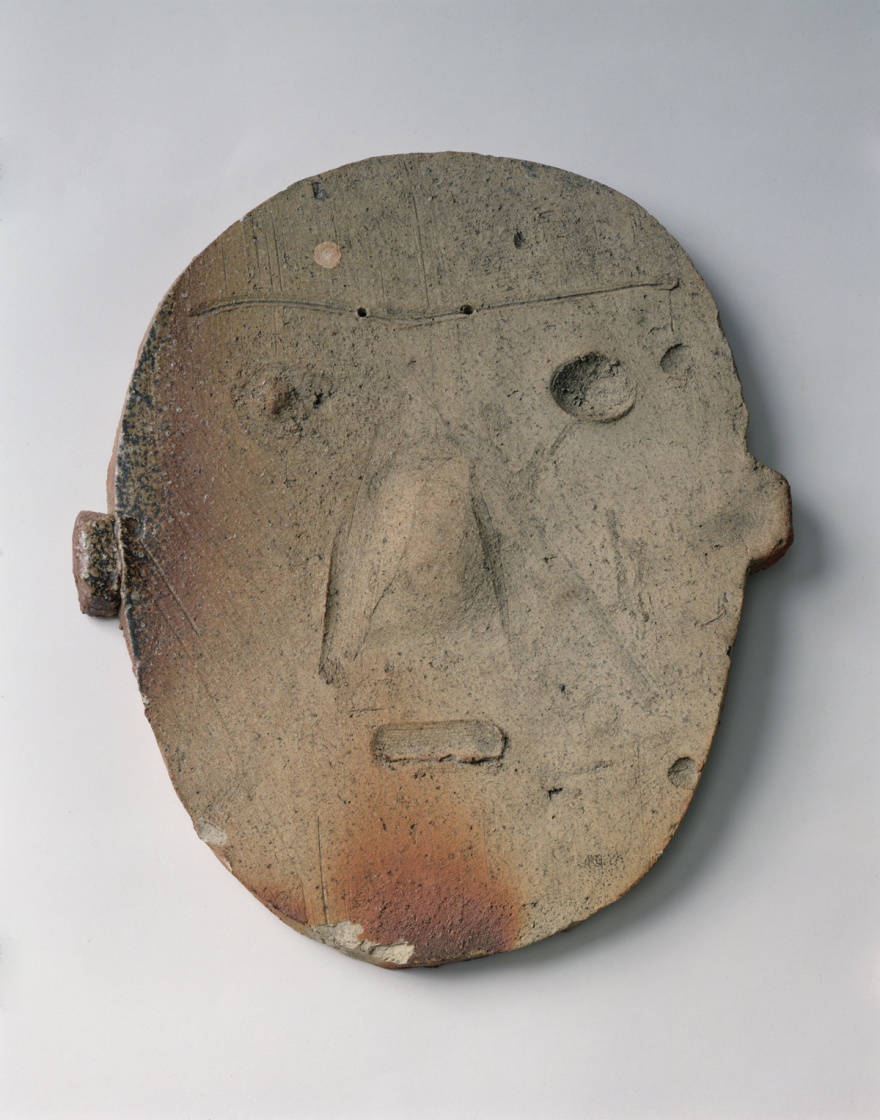 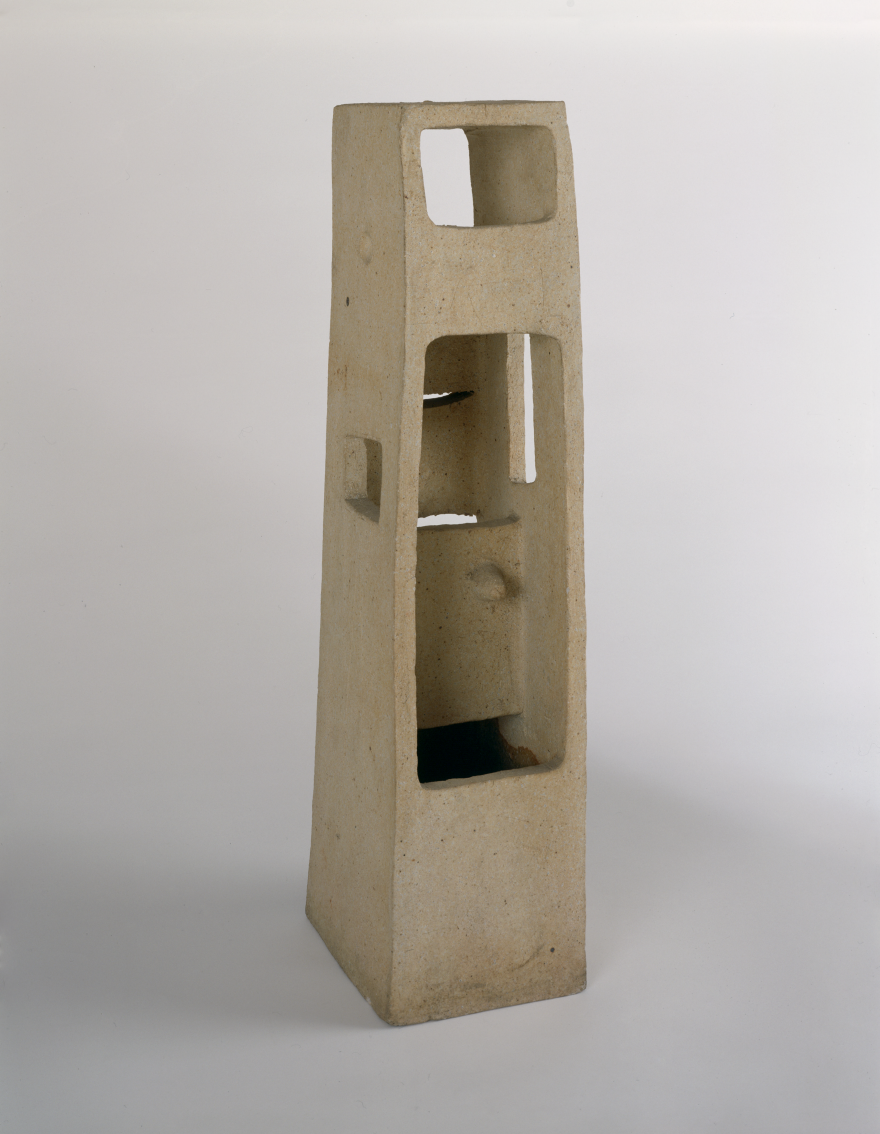 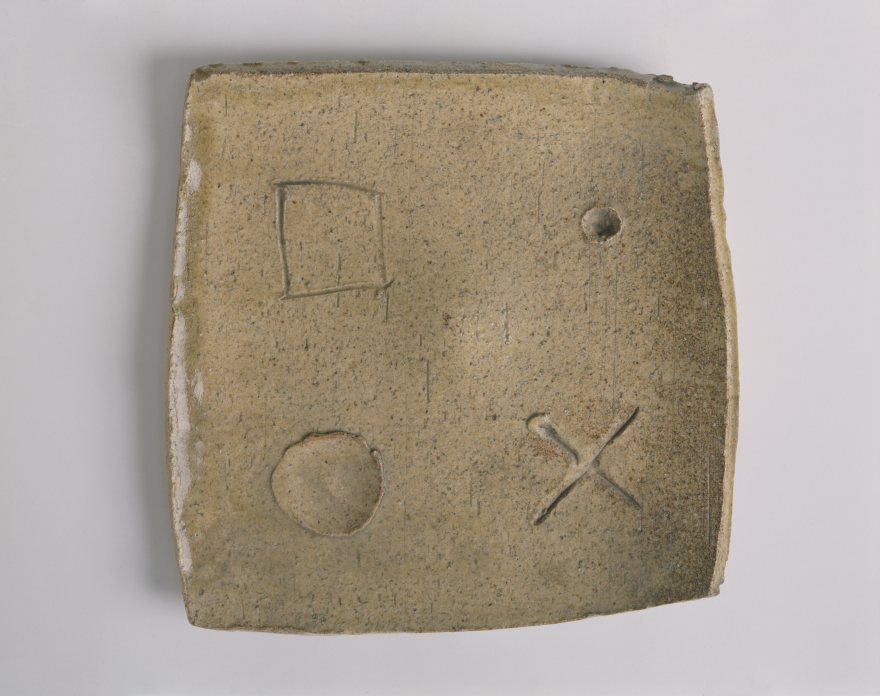 "When all the possibilities of modern technologies are lost, one returns once more to basic things, basic materials, to basic thoughts...An innocent synthesis must arise from the embers of the past."

By combining a traditional medium with a modern sensibility for formal exploration, the unconventional works Noguchi worked on in Japan sparked a conversation about the role of tradition in Japan's culture. As Hart notes: "Notions of tradition had grown problematic in Japanese culture after the period of intense nationalism that led to its involvement in the Second World War. In its aftermath, members of the Japanese avant-garde debated the growing influence of Western modes that had arisen in that vacuum. Noguchi was uniquely positioned to draw from traditions of Japan's past...and to mediate what he understood to be of value on both sides." Toeing the line between art and design, East and West, tradition and modernity—these hybrid works build upon enduring themes. 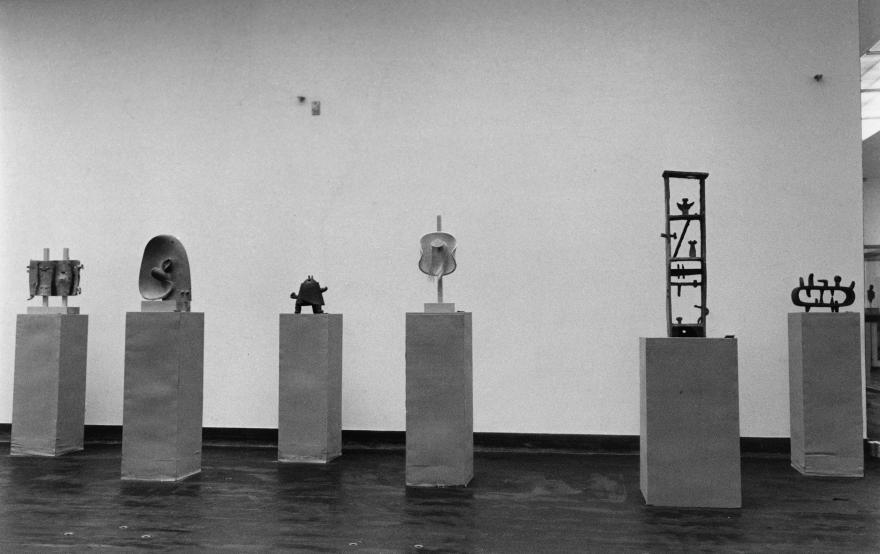 "Isamu Noguchi: Functional Ceramics" is on view at The Isamu Noguchi Foundation and Garden Museum through July 24, 2016.