The 92-year-old Italian has designed ‘Blade Runner’ glassware and the best-ever convertible sofa.

This is the latest installment of our Designing Women series. Previously, we profiled design polymath Ilonka Karasz. 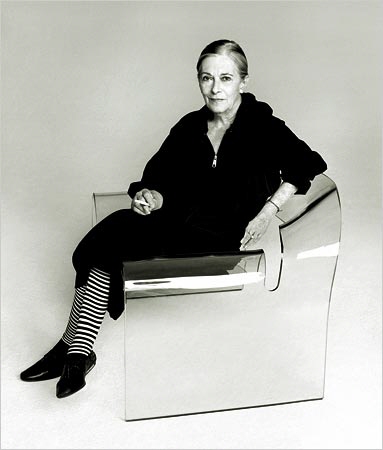 Cini Boeri seated in her Ghost armchair, 2006. Photo via the New York Times

Napping probably isn’t the first thing you associate with modern Italian design, but delve into Cini Boeri’s archive and it comes up again and again. Benjamin Pardo, Knoll’s design director, describes the sofa Boeri designed for his company in 2008 as having “great nap potential.” Boeri herself assures us that the cushions of her 1974 Bengodi sofa for Arflex “will follow your body and you can obviously fall asleep.” Even better, her 1972 Strips sofa for Arflex comes with fully removable quilted covers that can be unzipped and used as a blanket, so that you can actually tuck yourself into the sofa as if it were a giant sleeping bag.

The inventiveness of the Strips design was rewarded with a Compasso D’Oro. It is a true modular system, with countless available sizes and configurations. The internal frame is composed of different densities of polyurethane foam, hearkening back to Boeri’s first experiments with monobloc seating from the late 1960s. By replacing the typical internal framework of wood and metal with a dense polyurethane structure, Boeri created one of the first examples of a monobloc seat made exclusively from foam. This pioneering use of the material liberated the shape of her furniture along with its function. 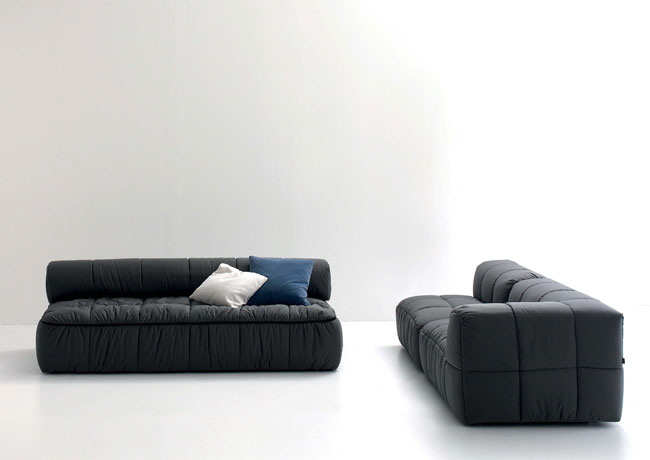 Boeri designed removable quilted covers for her 1972 Strips collection that were meant to be unzipped and used as blankets, transforming the entire sofa into a giant sleeping bag. 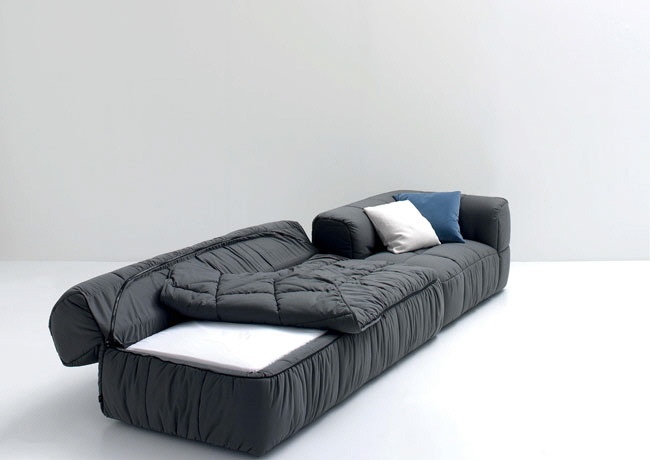 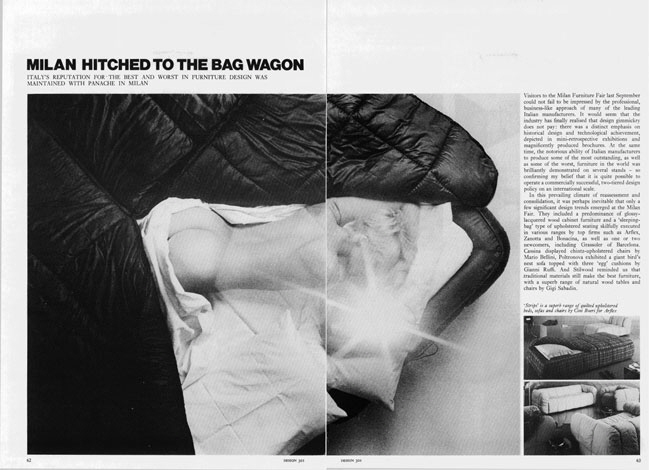 Of course, the Milan native is known for much more than just nap-friendly foam furniture. Having graduated from the Polytechnic University of Milan in 1951, she collaborated with Marco Zanuso for several years before opening her own office in 1963 to focus on industrial design and architecture. Since then, the now 92-year-old has built a number of serene residences in Italy, designed showrooms around the world for Knoll, and taken interior commissions for banks, stores, villas and galleries. But it’s her playful use of form and unexpected materials in her product and furniture design that have become her most enduring legacy. This is especially apparent in her 1098 and 602 lamps for Arteluce, which she made with humble PVC piping that allows the arms to pivot while creating a zany, cartoon-like appearance. The same is also true of her 1971 Serpentone seating for Arflex, whose industrial material (polyurethane again) could be formed into endless snaking configurations and sold by the meter for indoor and outdoor seating. 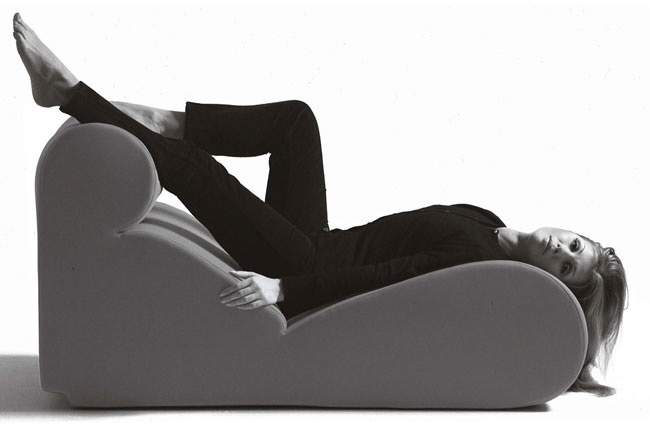 Boeri’s 1967 Bobo Relax lounger for Arflex was one of the first seats to use dense polyurethane foam for internal structure. 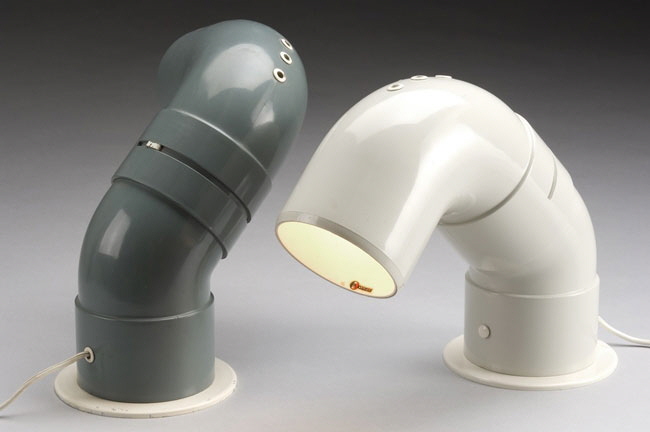 Perhaps one of Boeri’s best-recognized forms is the Ghost armchair she designed in collaboration with Tomu Katayanagi, produced by Fiam in 1987. The chair is made from a single sheet of 12-millimeter-thick glass that has been slit along its length and molded while hot into its graceful shape. Boeri also used glass in a more traditional fashion for the design of her geometric Cibi glassware set in 1973. Movie buffs will recognize the tumbler as the futuristic glass that Harrison Ford’s Rick Deckard drinks from in Blade Runner. 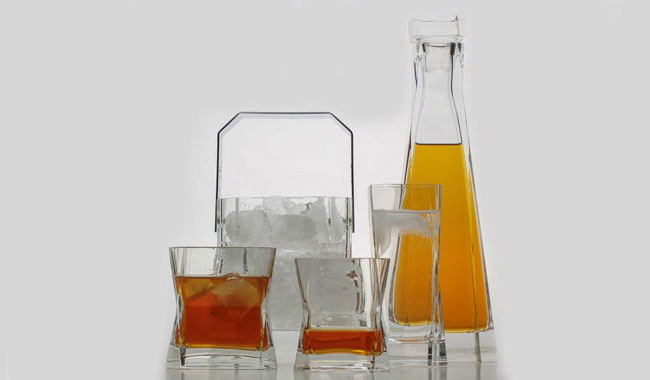 It’s little surprise that Boeri’s long career has resulted in designs that are as delightful to use as they are to behold. As a designer she has concerned herself with what she describes as “a broader functional dynamic for the object, and for a way of life which is more in harmony with real necessities, and less tied to tradition.” When designing with this in mind, Boeri finds there is a greater chance of creating less conventional and more personal objects that can inspire joy. In 2012 she gave a lecture at the MAXXI in Rome titled “Designing is a joy but also a commitment.” When Domus magazine asked her to elaborate on the idea behind her lecture, she responded with a succinct design manifesto: “Joy is inherent to the act of designing, to the proposal of the new and to its creation with responsibility and passion. The design work corresponds with certain moral and intellectual ethics, that should always accompany our work, in all its aspects.” 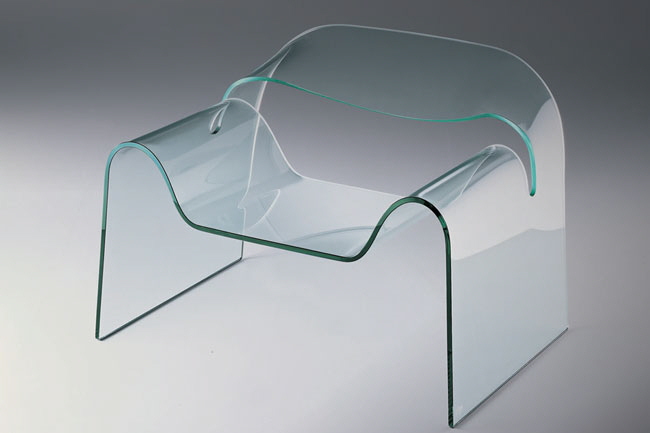 Boeri and Tomu Katayanagi fashioned the 1987 Ghost armchair from a single sheet of 12-millimeter-thick glass. 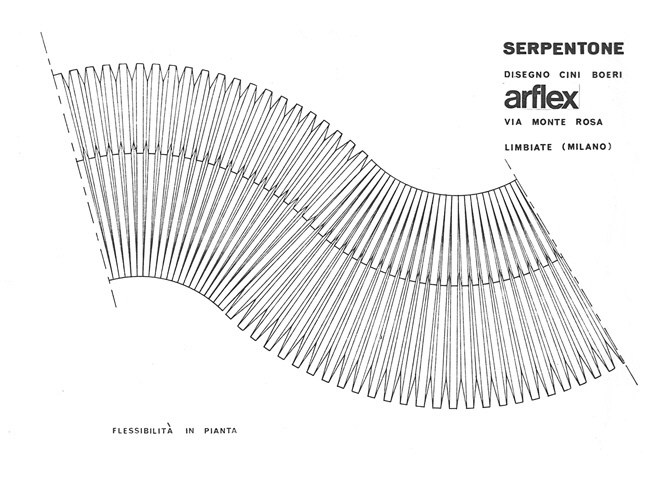 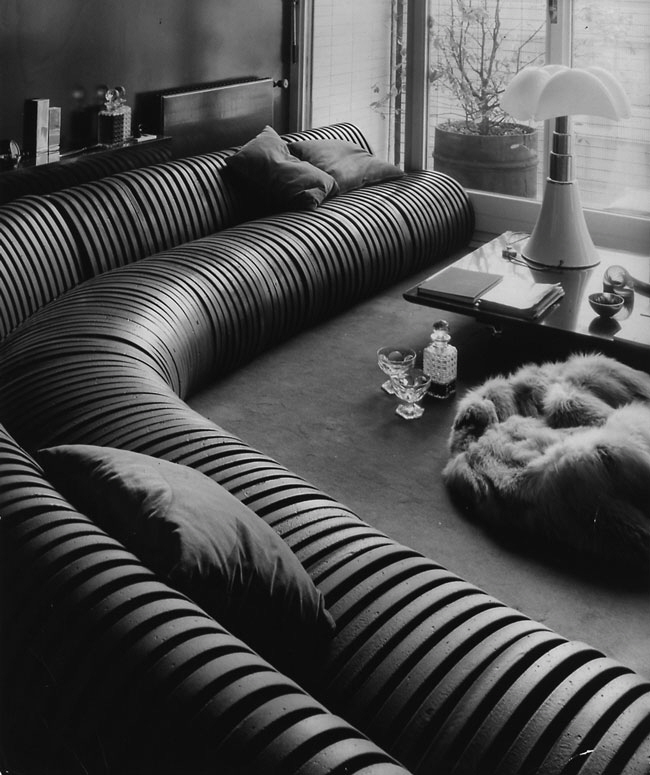 The Serpentone’s flexible nature and customizable length meant it could be fit into any space. 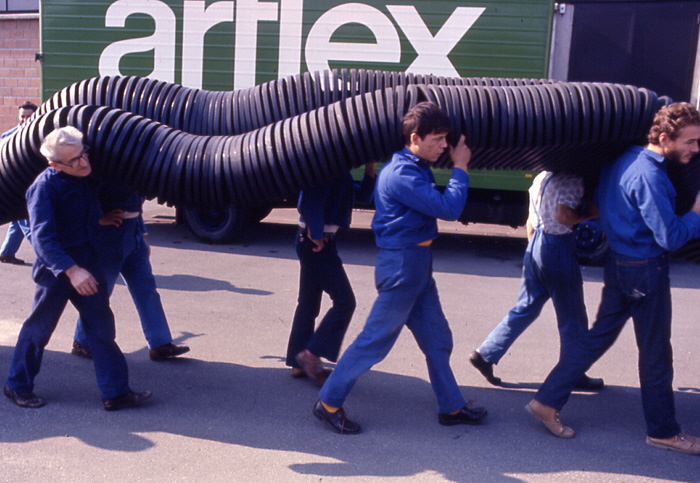 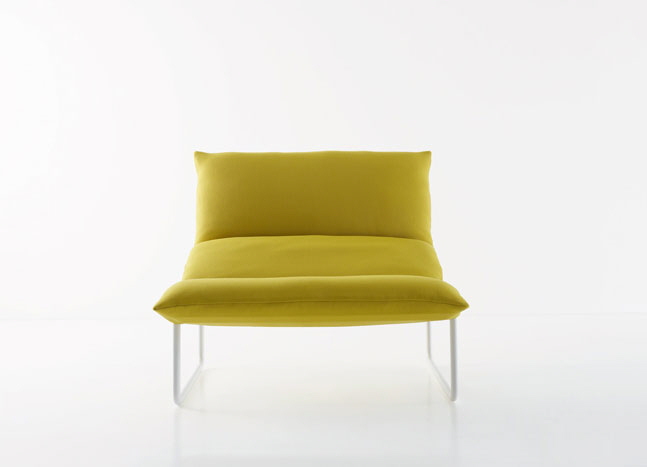 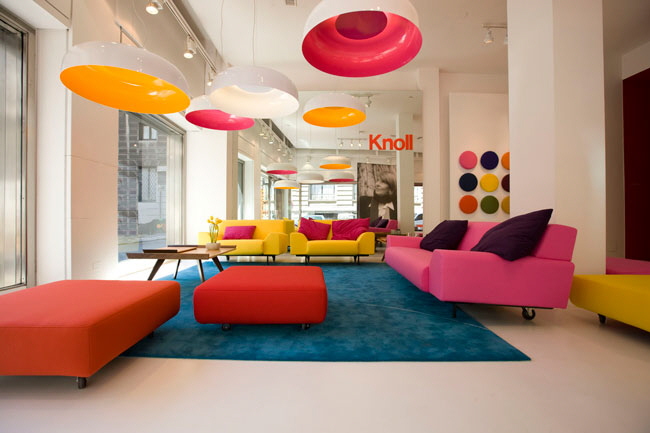 Boeri’s 2008 collection for Knoll included designs for an armchair, a sofa and an ottoman. 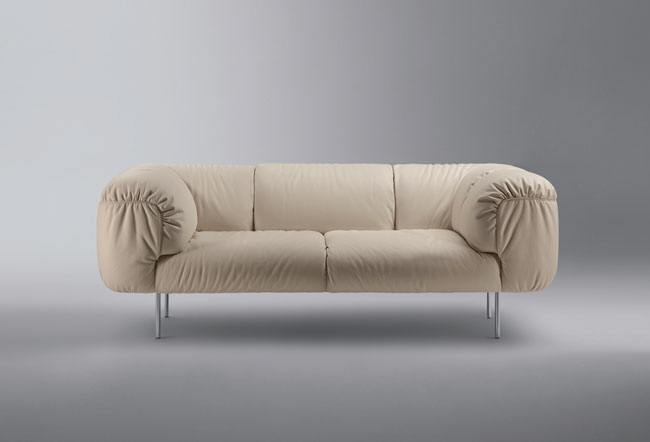 She also designed the Bebop sofa for Poltrona Frau in 2010. 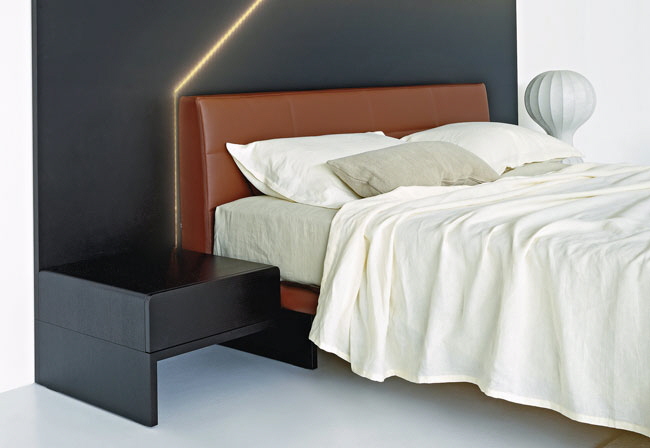 Boeri continued her longstanding collaboration with Arflex in 2014 with the Ledletto bed, which comes with a modular headboard with a built-in LED strip.