Improving the UX of an everyday object can be tricky. When something already has a well-established design and a simple function, our instinct is to assume the item is as good as it's going to get. It takes a keenly observant designer to spot where there is room for improvement.

Nicolas Brouillac is one such designer. When tackling the design of the Alaska Salt & Pepper Mills for Peugeot, he aimed to have them operable by one hand, a boon for cooks. You've seen such one-handed designs before, either manually operated by means of a squeeze mechanism, or power-operated with a button atop a cylinder; both designs can be problematic for those with arthritis. Brouillac's approach was to opt for power-operated, but he's placed the pleasingly large button at an angle that requires minimal thumb movement to actuate. 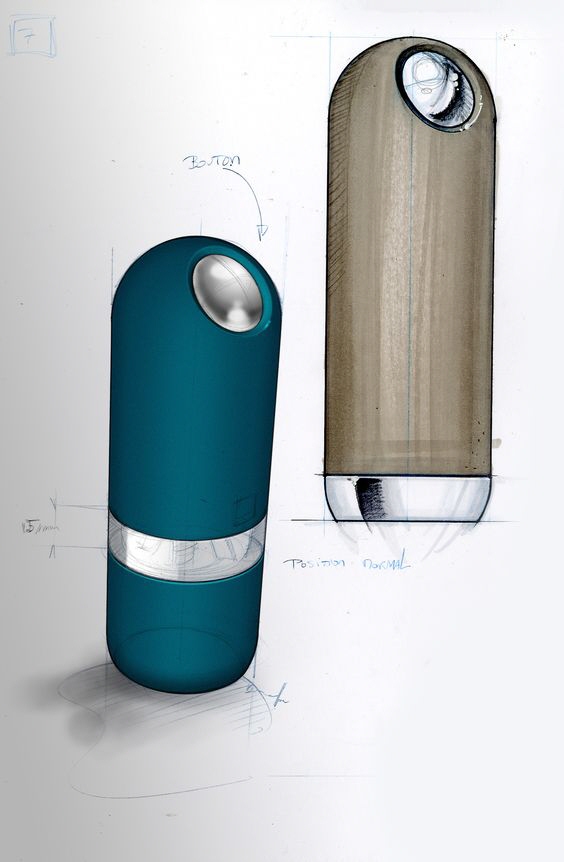 The form almost recalls one of those Vipp cans, and the way the tactility of the button is presented makes one really want to press it. 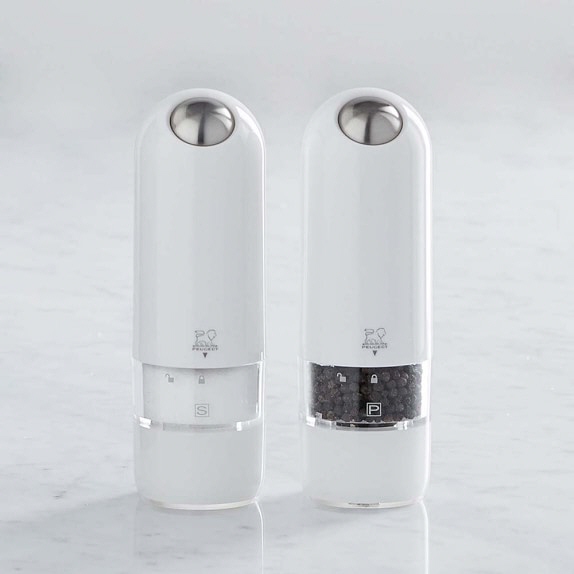 The killer feature for me is that he's placed an LED light at the bottom (I'm not sure why that's not illustrated in the images). One of the biggest complaints I have about cooking in my poorly-lit kitchen is that I often can't see exactly how much salt I'm dumping into a pot or pan whilst cooking. I've only ever seen LEDs on the bottom of one other salt mill, but I suspect this is a feature we'll see appearing more in future. 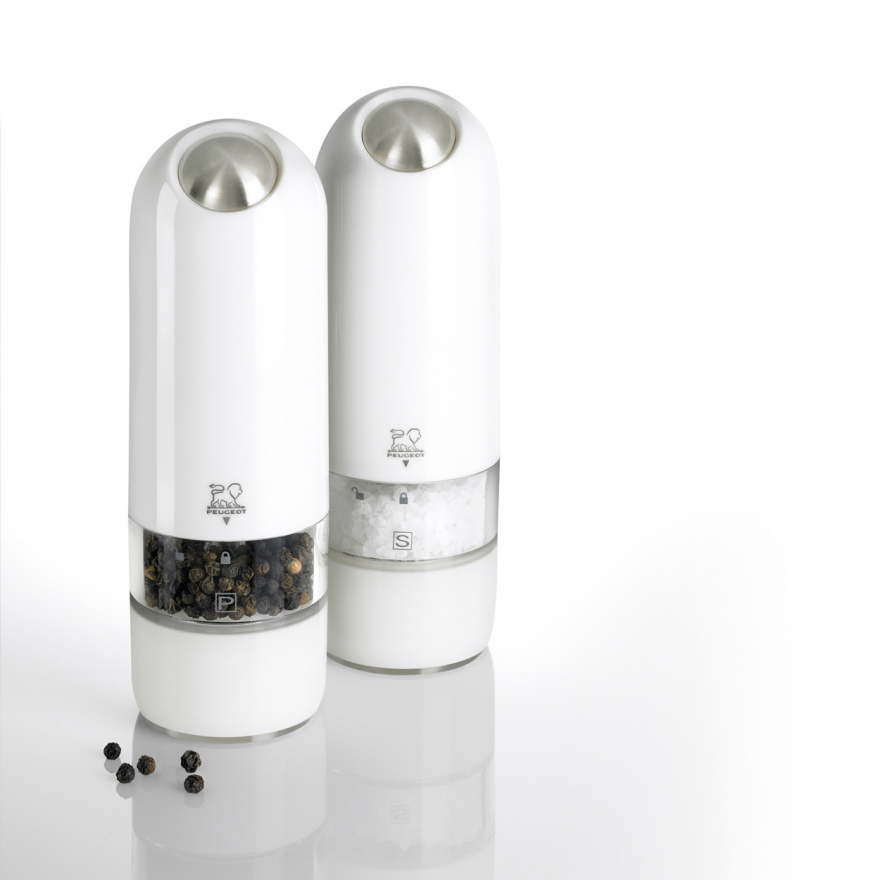