This beautiful, finished home is about as sustainable as you can get. They even made their own insulation

We can just about guarantee you've never seen a home built this way. Nor witnessed every step of the process. Literally every step; these two guys start off by felling the freaking trees that they will themselves process into lumber, then proceed to erect an entire house, with a process and results that are about as green as you can get:

(Did you spot the shou sugi ban wood-burning-and-preserving technique being used?)

So who are these guys? One of the men in the video is Jacob, the founder of Latvia-based John Neeman Tools. That's a small company of craftsmen and friends who produce hand-forged hand tools and knives, with multiple skillsets between them: Traditional carpentry, bladesmithing and leather crafting. I believe the other gent is Siluan, one of the company's master carpenters, judging by the company's crew page.

The fact that they haven't splashed their names, nor even the company's name, across the video is telling; they seem less interested in self-promotion and more interested in sharing their craftsmanship. Which as you saw, is crazily impressive. "In the building process [we] used mostly traditional carpenters hand tools—axes, hand saws, timber framing chisels and slicks, old Stanley planes, augers, draw knives and mostly human energy," Jacob writes. "All the [foundation digging] was done by hand with shovels."

Some of the details:

[We built the] house from trees that [we] felled with an axe and two man crosscut saw in my own forest. 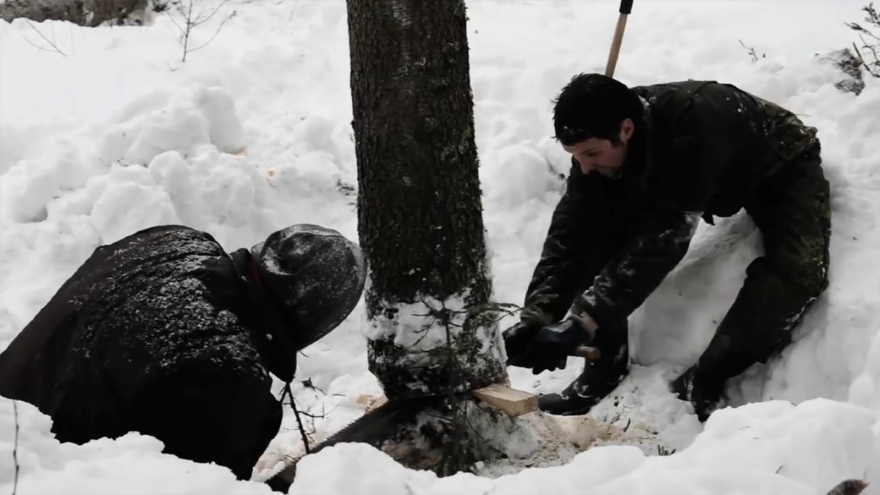 The foundation consists mostly of bigger and smaller rocks and boulders. Lime, sand and concrete mixture are using only in small amounts—to hold the boulders together. The visible part over the ground level—boulder mosaic has been masoned with hand split local granite. 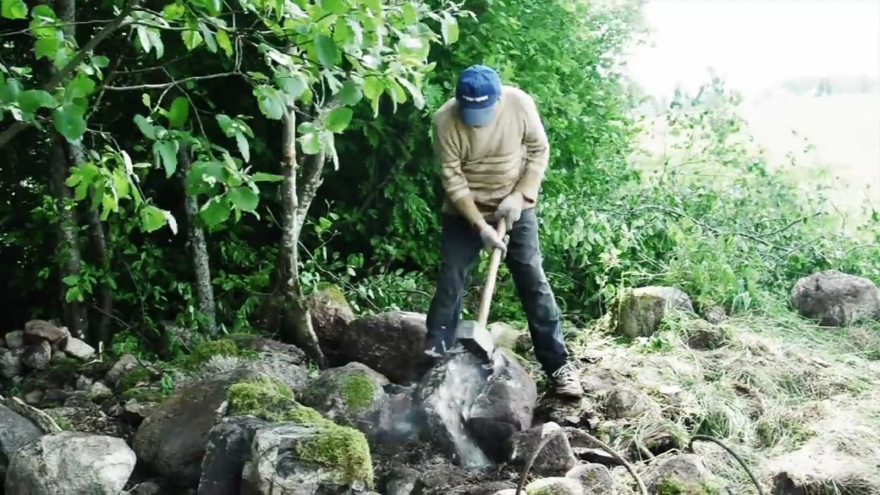 [We felled the trees] following the research of old carpenter's calendar that coniferous trees should be felled in January's first days when the new moon rises and the deciduous trees should be felled in the winter time during the old moon. In winter time trees are sleeping and the juice and moisture content is very low in them. As time passes timber felled in winter becomes light and strong. 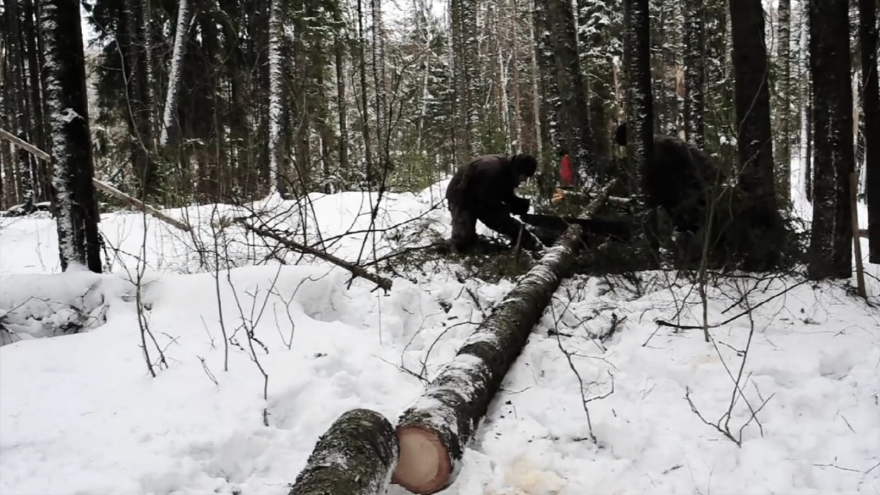 The House has been built based on the western part of Latvia - Kurland/Kurzeme (German influence) historical wooden architecture typical technique—Timber Frame construction with sliding log walls between the posts. House is two carpentry technique union—Timber Frame (that is typical in France, Germany, Great Britain, North America and other countries) and traditional Latvian log building technique, between the logs using moss from the local swamp. 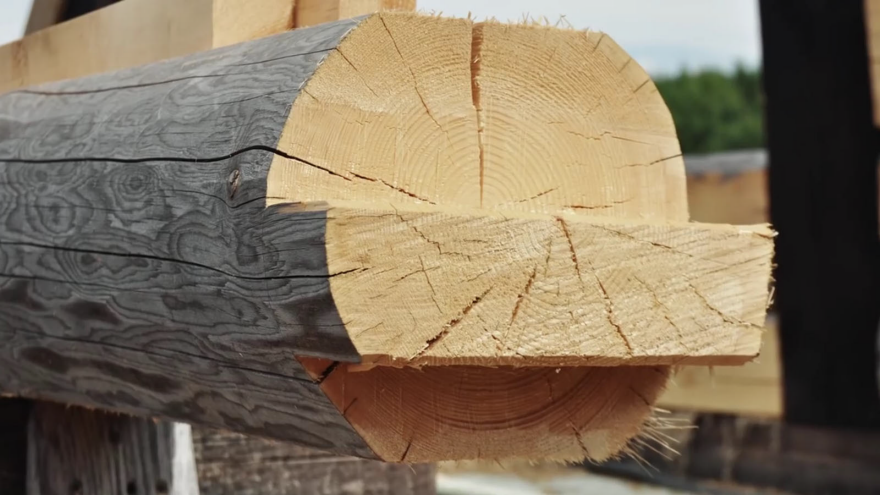 There Are No Fasteners

In the walls, timber frame and roof construction there I used only wood joints and wooden pegs to hold the main construction together—no nails, screws or steel plates. 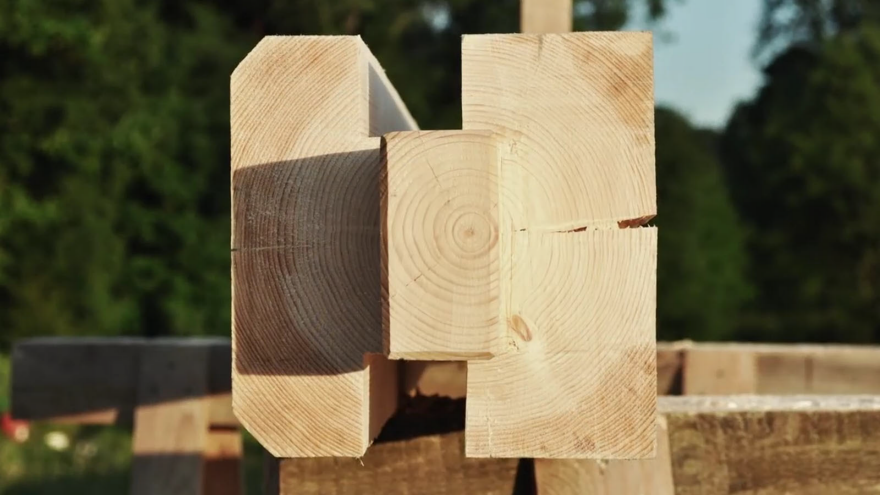 Walls are insulated with 250mm thick dry pine and larch shaving layer (leftover from the local cabinet makers workshop). Overall exterior wall thickness is 50cm. In the walls (except wind vapour breathable membrane over the roof) has not been used any plastic or modern synthetic materials. 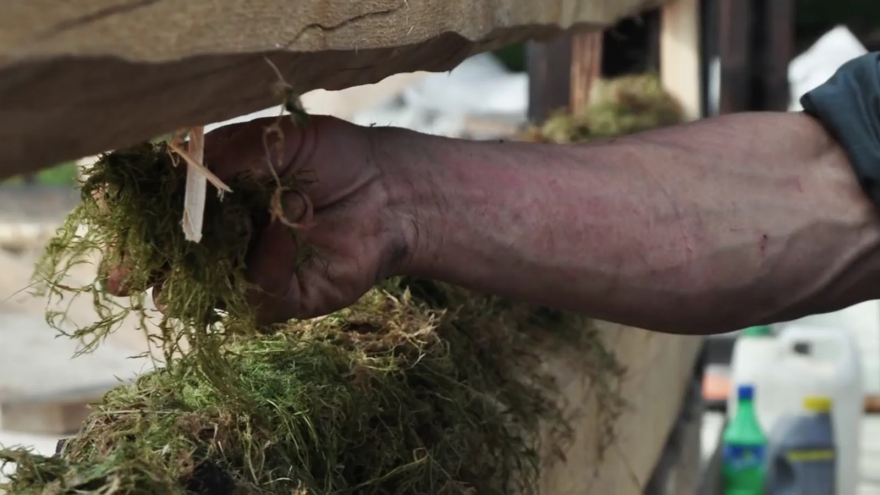 Roof walls are insulated with ecological wood fibre wool and wood fibre panels. Over the wood fibre panels are plastered natural plaster—mixture of sand, clay powder, lime, linen fibre, salt, wheat flour. Overall thickness of the plaster is 20mm and over all amount of plaster used on the walls are 5000 kilos. It works also as thermal mass and improves energy performance. 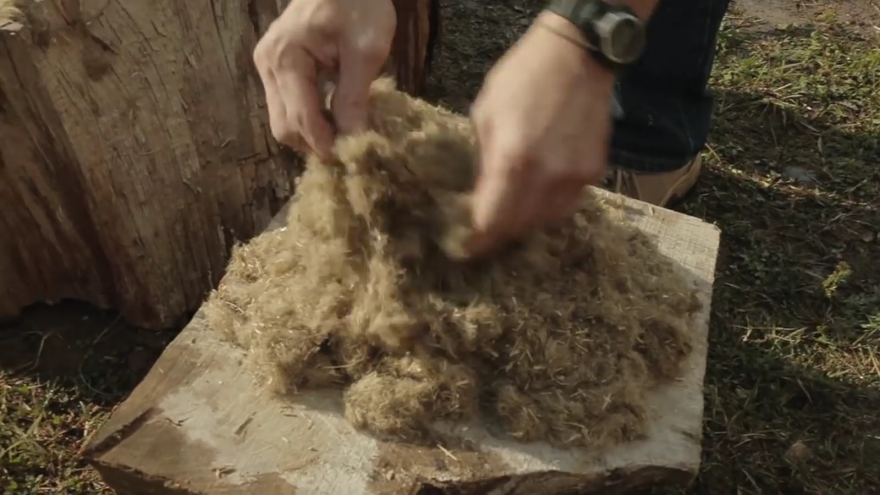 Exterior measurements of the house is 6.5 x 13 meters. Living space in both floors are 120sq/m. The house is being heated with clay plastered brick bread oven and smaller oven made of clay tiles in the kitchen. To heat up both floors of the house, when outside it is minus 10 degrees (Celsius) only small oven is heated once a day. When [the temperature] gets below -15, -20 C, we heat up the bread oven. Once it is heated, because of it+s thermal mass of 5 tons, it keeps the warmth 2-3 days. To heat up all the house (120 sq/m) in the winter time we use not more than 4 m3 of dry firewood. This is 2nd winter we are living there and we still heat up the house with the leftovers of lumber from the building process. And it will be enough for 3 more years.

Built to Last for Five Centuries 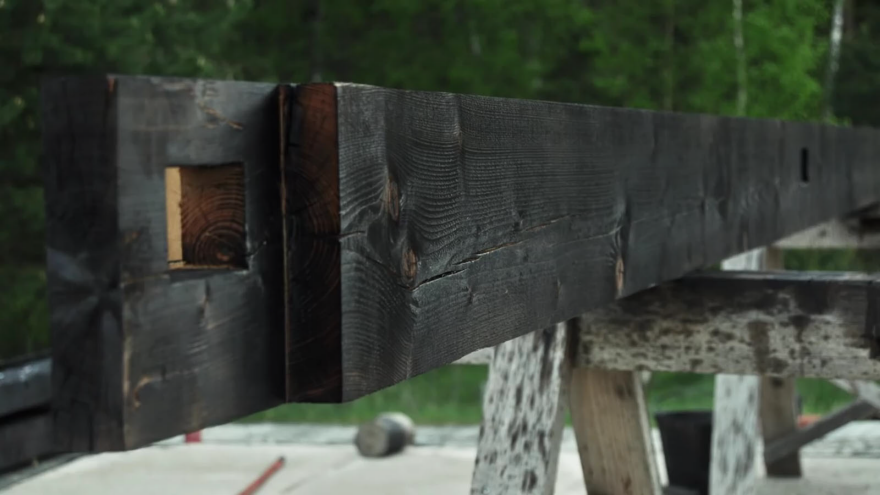 Exterior cladding boards [require] recoating each 10-15 years. [With the] Tung oil and pine or birch tar mixture, the house can last more than 500 years. As an example [there are] Norwegian stave churches that [have stood] more than 500 years until [today].

Why Do It This Way? 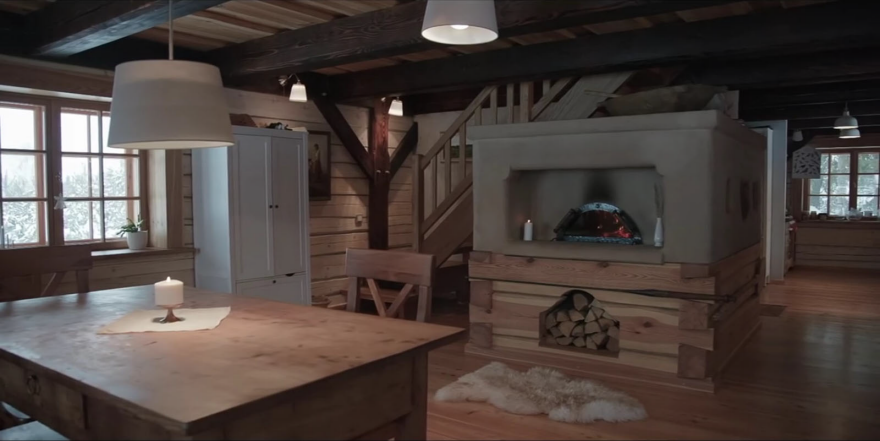