Behind the scenes of the iconic Finnish textile brand

Sometimes the marriage of old and new pairs seamlessly and nowhere is that more obvious than at Marimekko, the iconic Finnish textile company based in Helsinki. The company began in 1949 as Printex, a textile and oilcloth printing company led by Armi Ratia and her husband Viljo, and has evolved over the years to become a hallmark of Scandinavian design. Marimekko continues to develop new, innovative offerings while updating and printing fabric designs from their extensive archive which has amassed no less than 3500 designs. 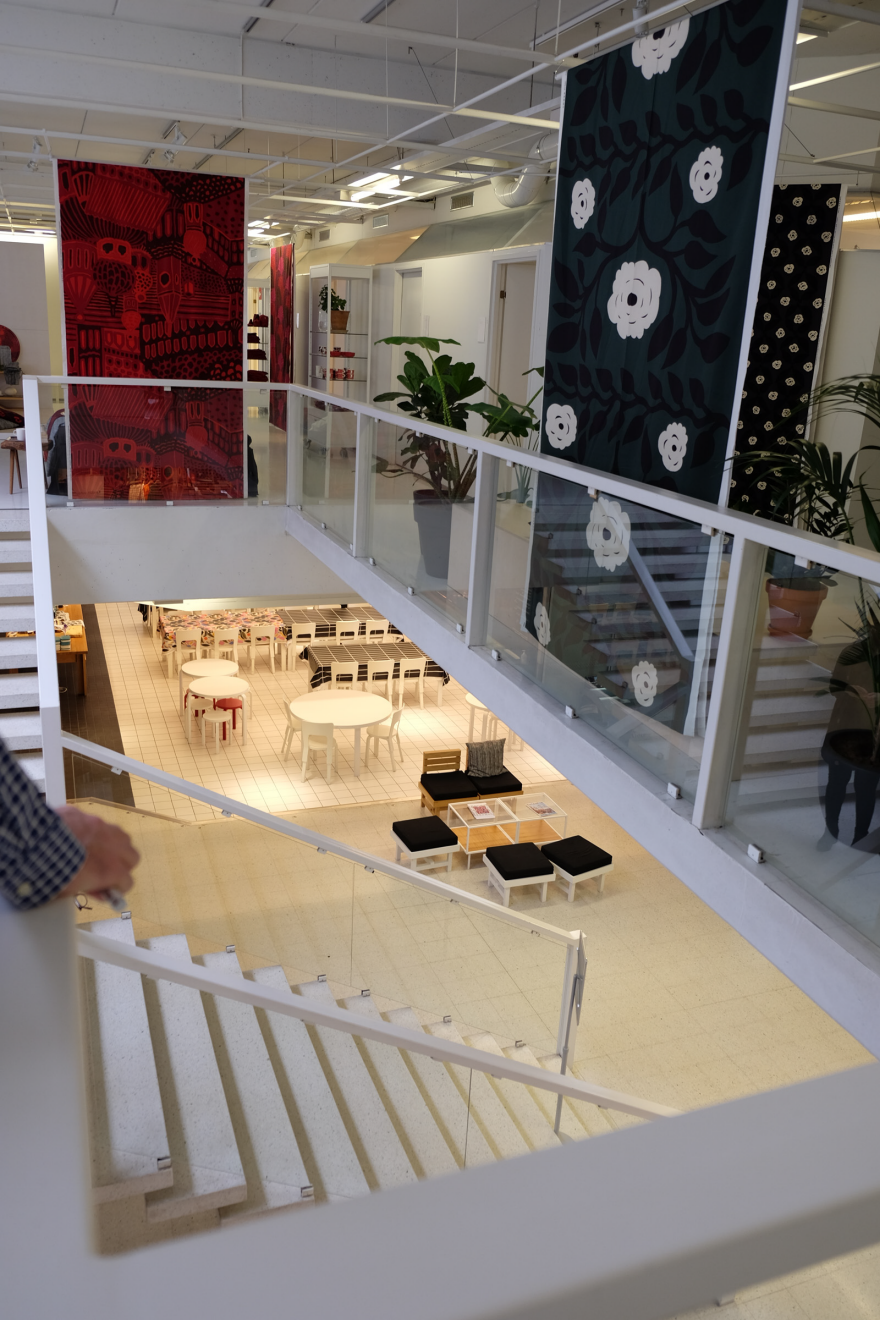 Lobby of the Marimekko Factory and Office in Helsinki, Finland 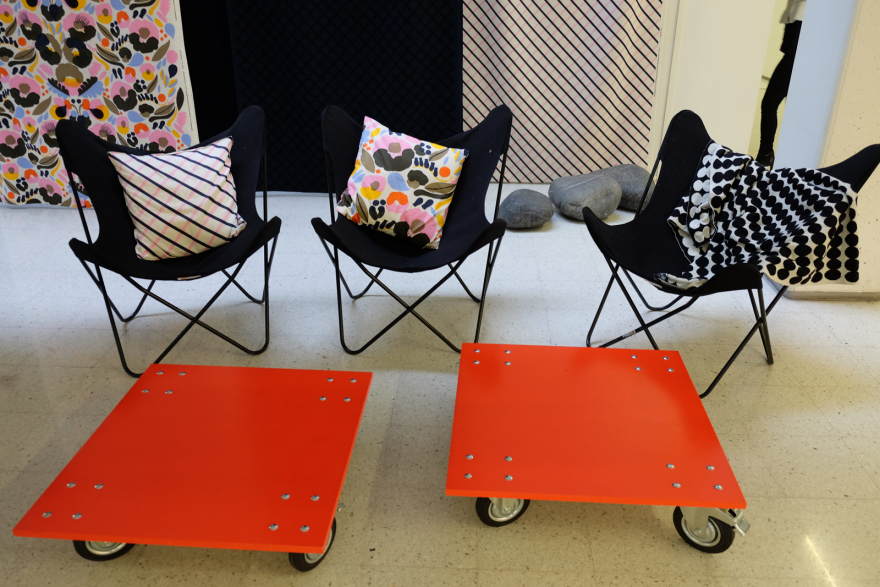 Initially the colorful, striking textiles were so unique that no one could quite figure out what to do with them. That all changed dramatically in 1953 when the company hired fashion designer Riita Immonen to create a clothing line using their fabric. The collection sold out practically on the spot and days later Marimekko (which translates to "Mary's dress") officially registered as a company—the rest, as they say, is history. Core77 recently toured Marimekko's factory in Helsinki to learn more about their process and how they create a mash-up of old and new fabric designs for use throughout their line of products. 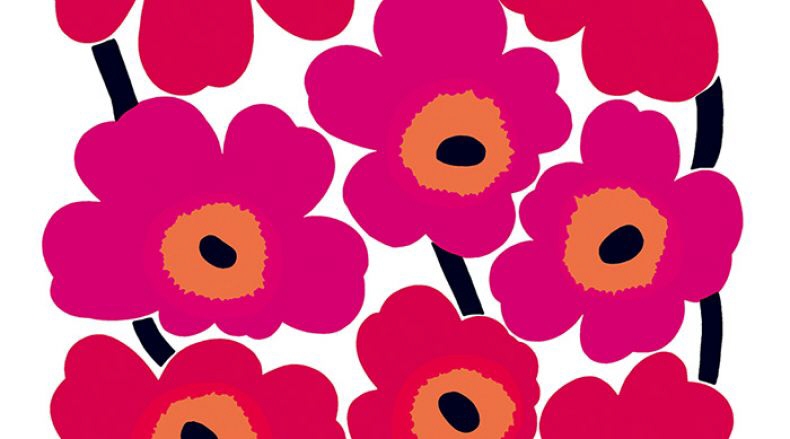 At Marimekko, everything is created in-house by a team that is composed 90% of women working under the guidance of Creative Director Anna Teurnell. In fact, the company's culture has always encouraged a sense of empowerment for women. The Unikko poppy design, for example, was created in 1964 by then chief designer Maija Isola in a moment of artistic protest. Ratia had declared that the company would never produce any floral patterns because she didn't think it was possible to replicate the beauty of actual flowers. Because there's no better way to prove someone wrong than by example, Isola created the distinctive, upbeat design which not only won Ratia over but is still, decades later, one of Marimekko's most popular and iconic prints. 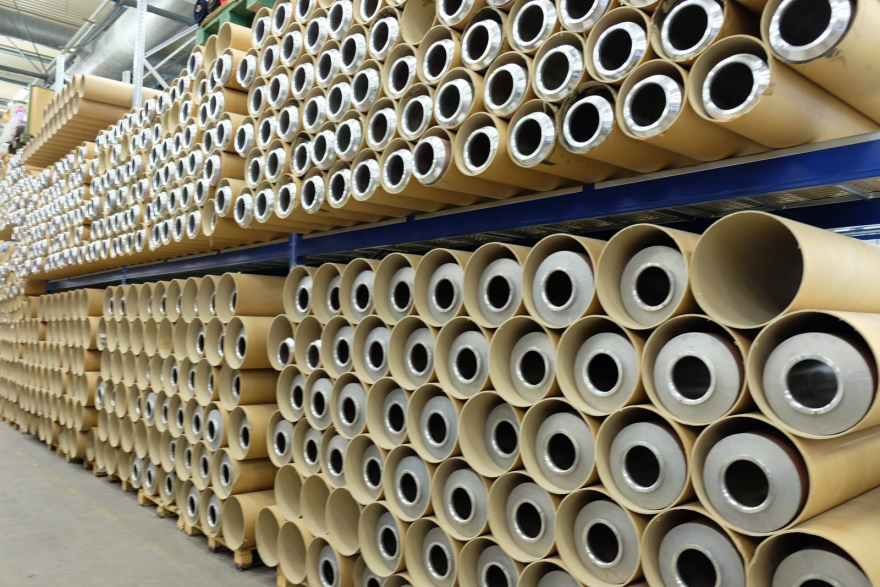 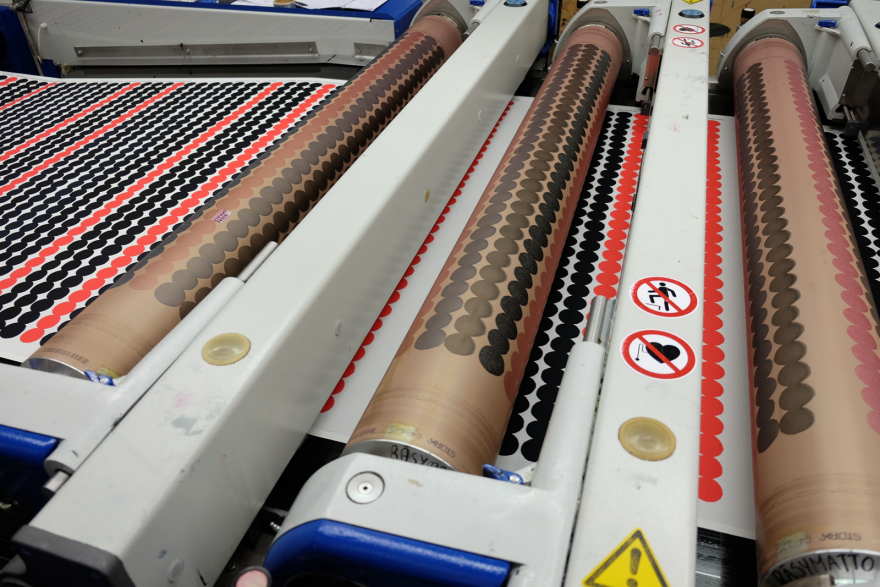 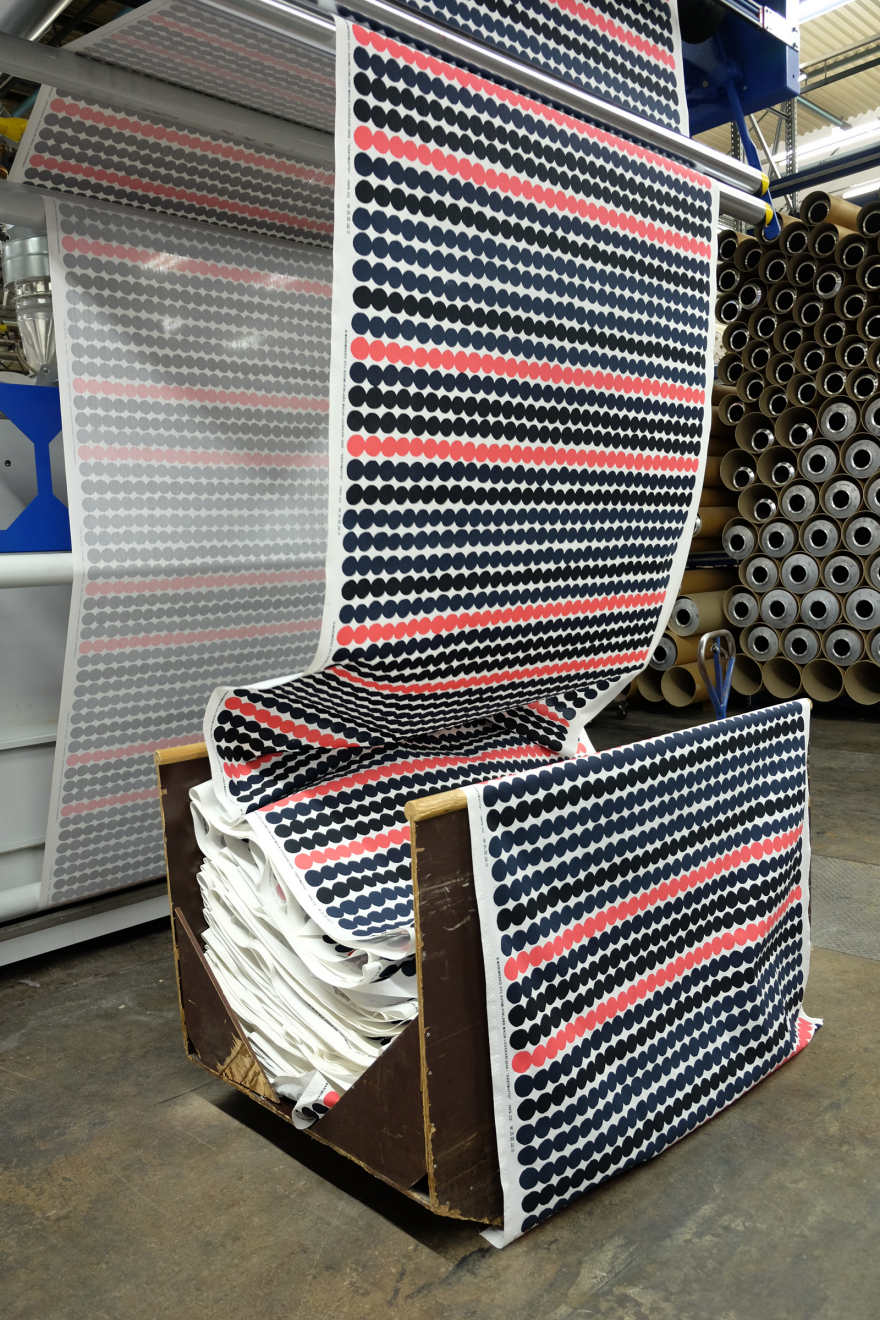 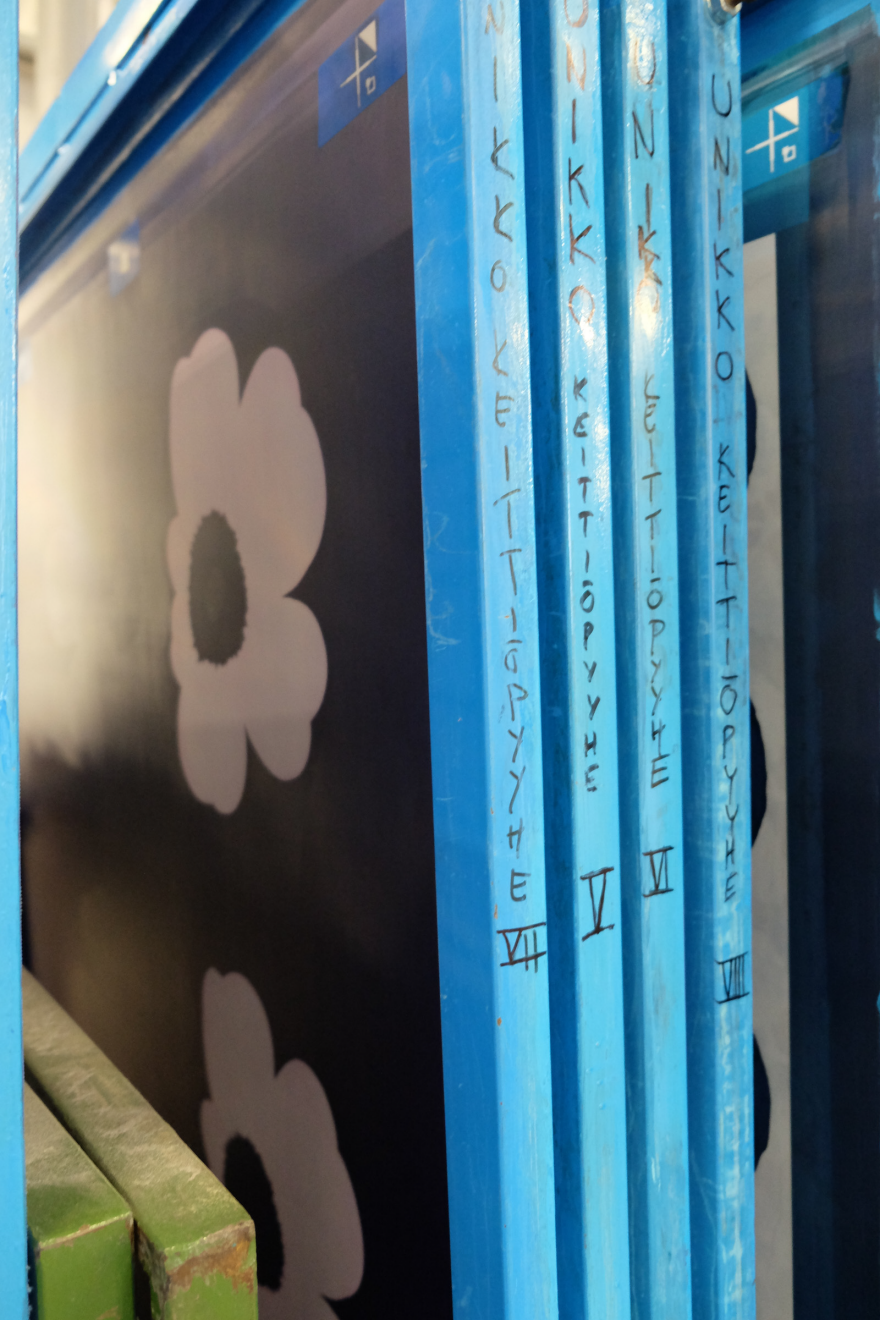 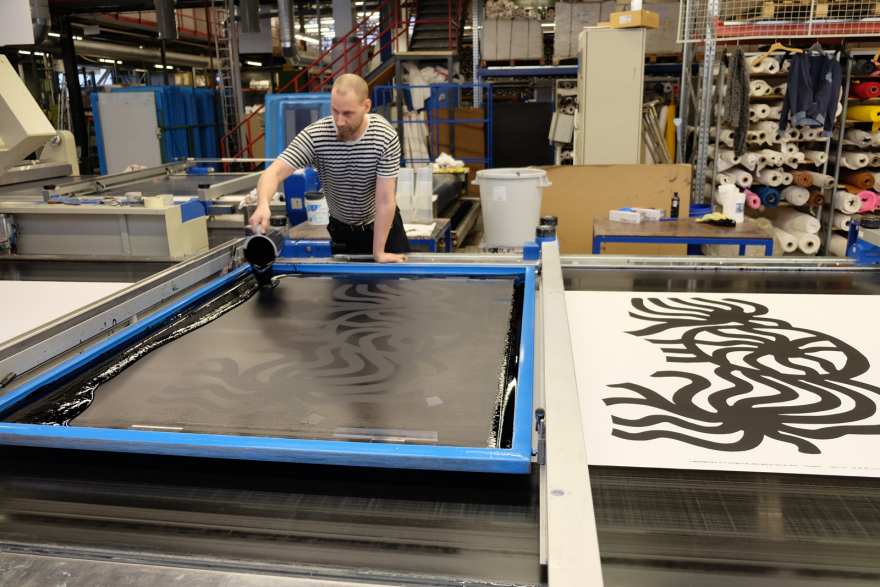 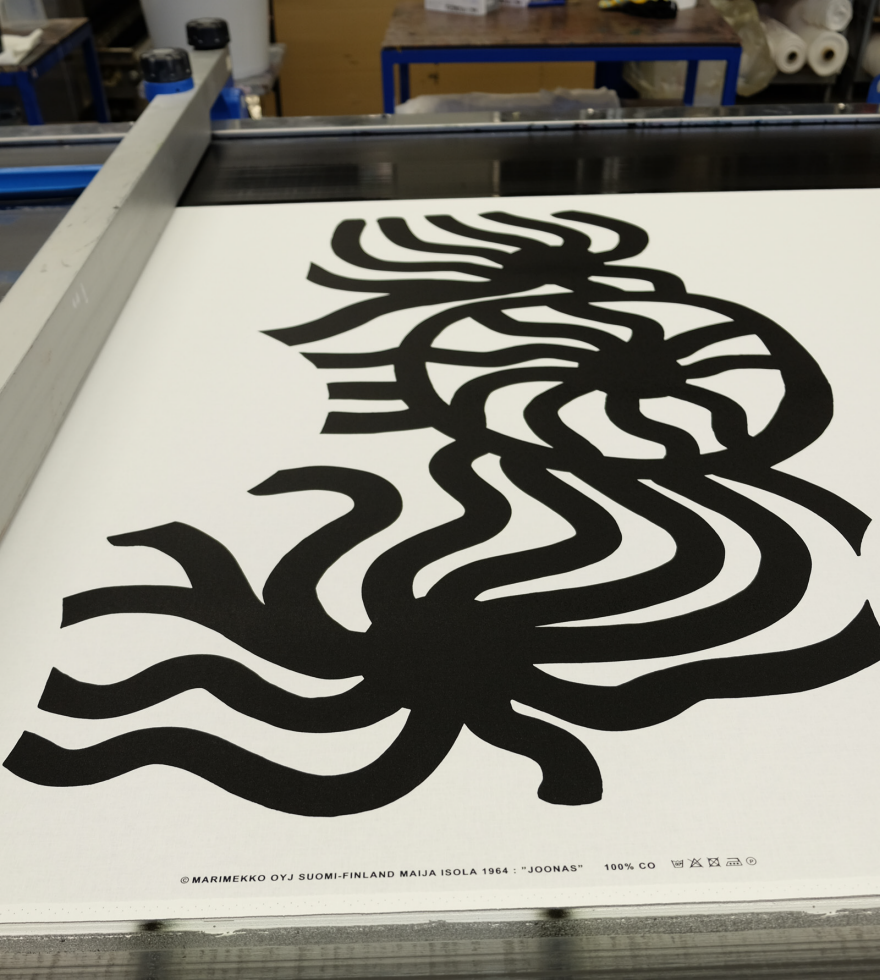 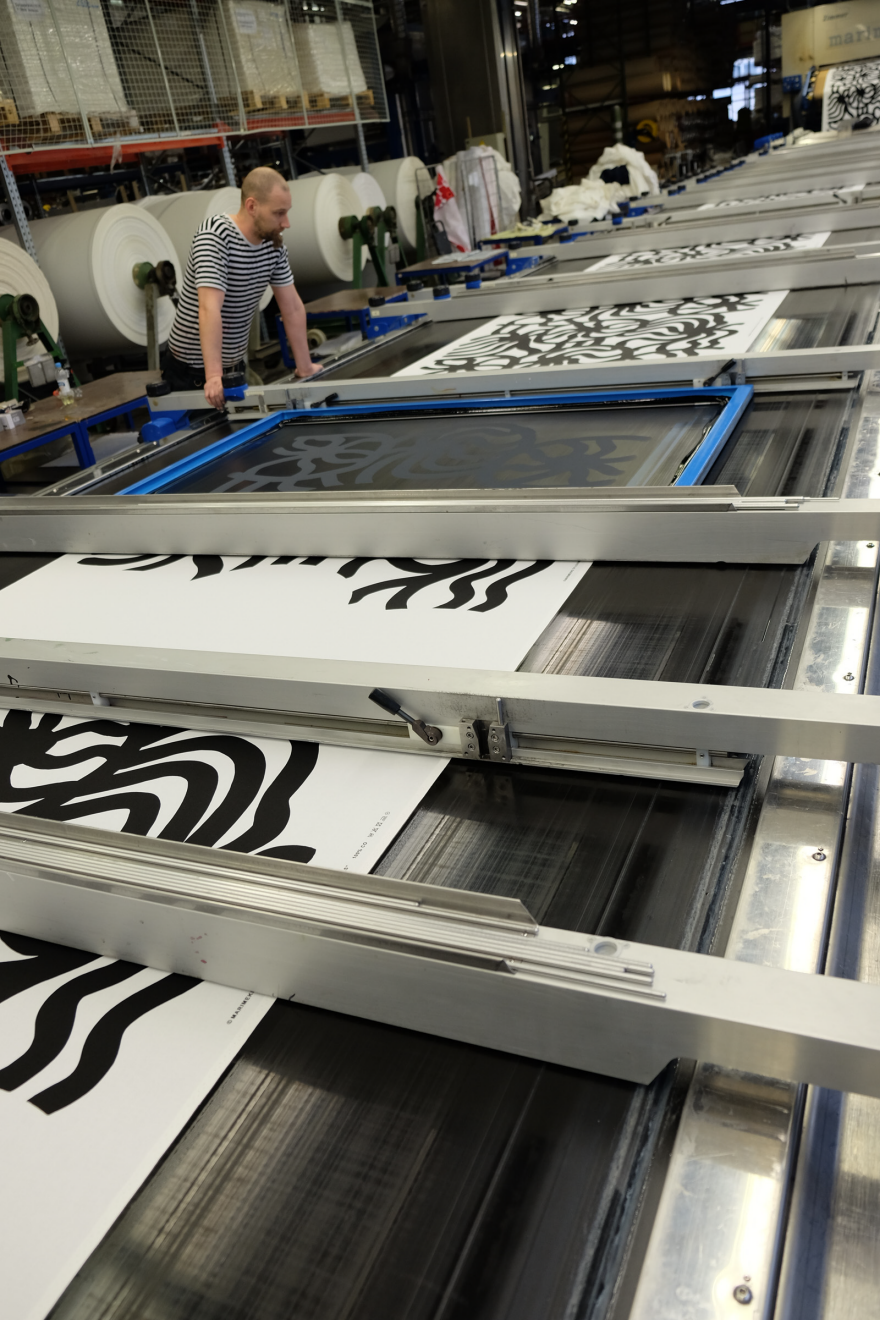 The actual printing of fabric takes a couple of forms, using a combination of screen printing and offset printing with machine finishing and human checking to ensure the quality of each fabric roll. Fabrics are first printed, then steamed at 100 degrees celsius to "set" the dyes, this is followed by a washing and a separate drying process. Finally, fabrics head to the rewinder where they are checked for flaws and sent for finishing—either to be sold as fabric swaths or to be made into a Marimekko product. Printers working on the factory floor wear "even stripe" T-shirts (a Marimekko design)—a unisex print that also works well with jeans. 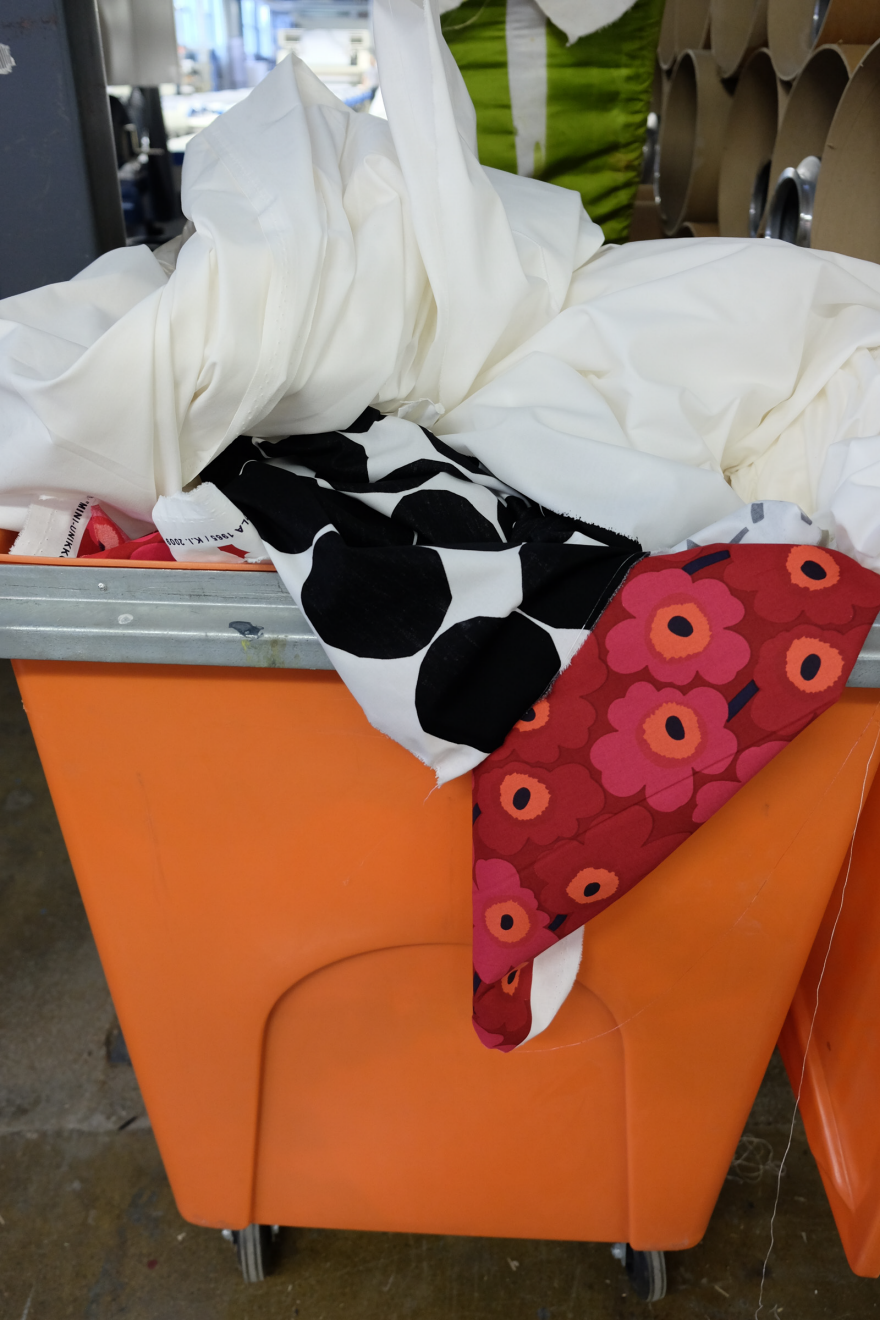 Scraps in the orange bin are used for smaller Marimekko products 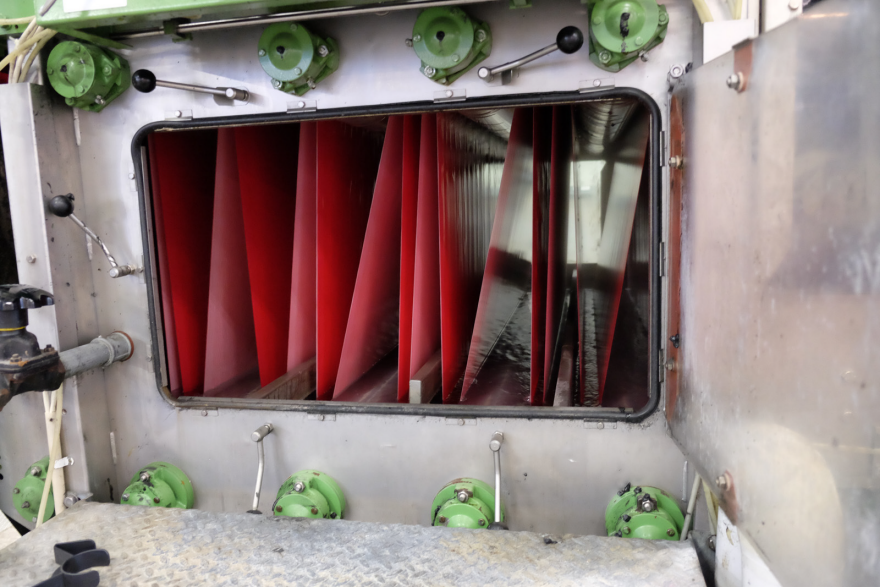 An inside view of the fabric washer 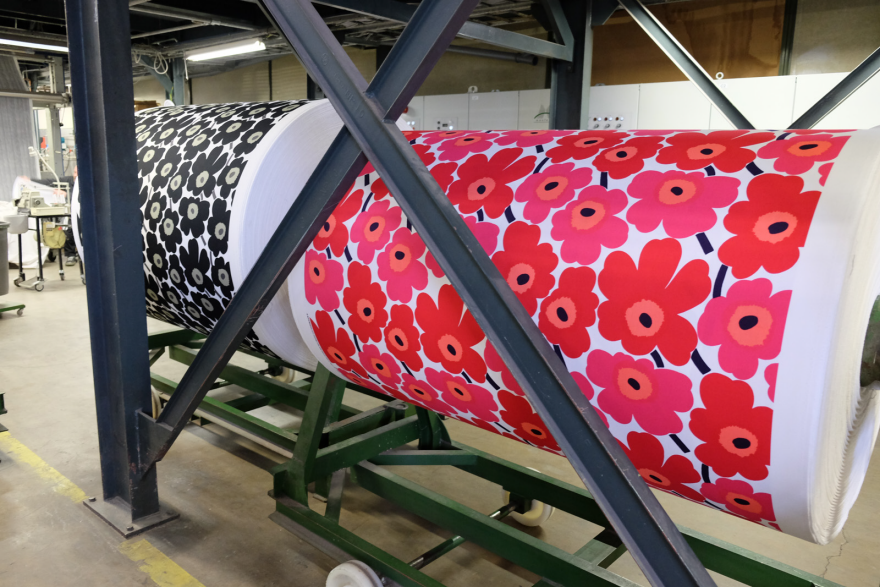 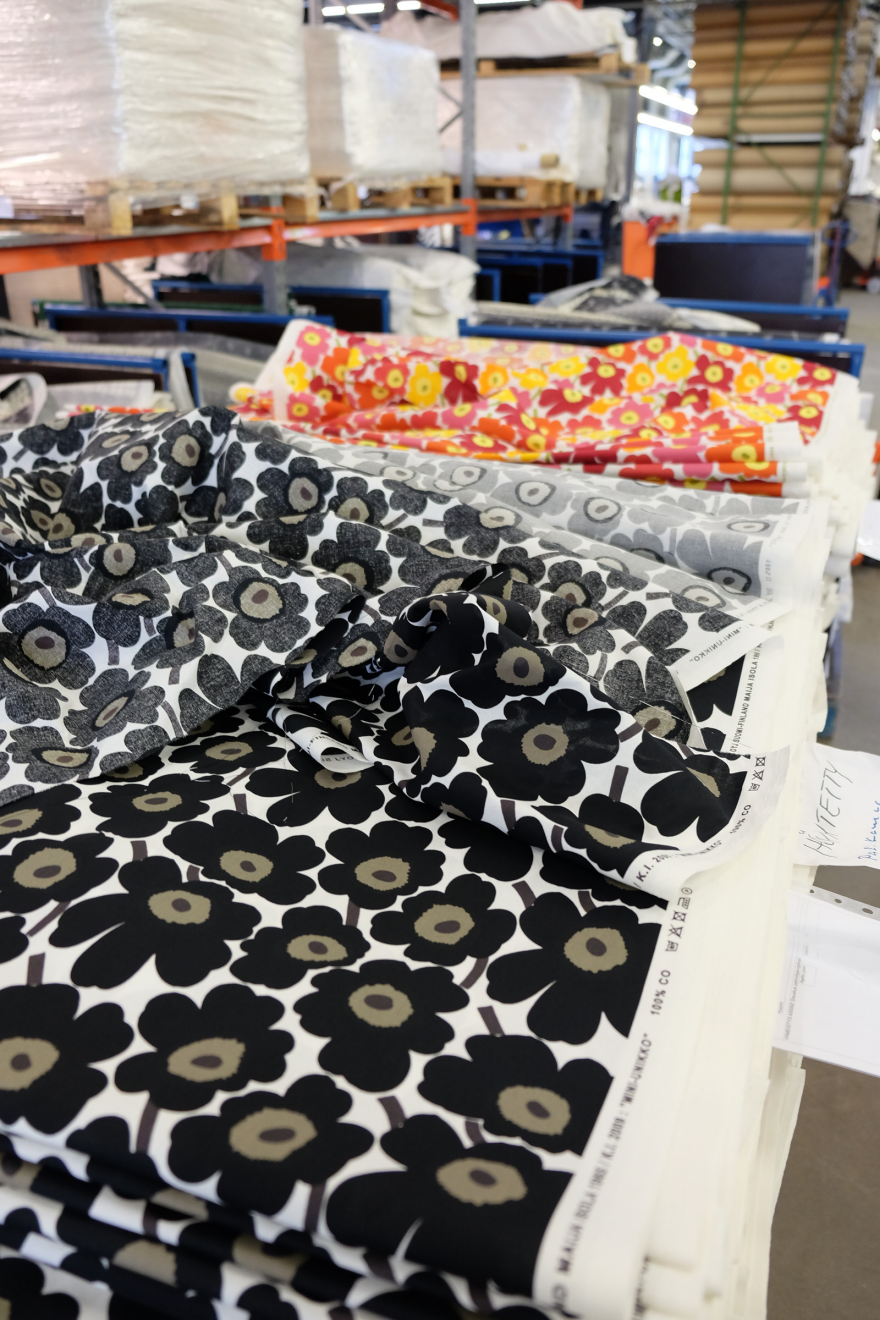 Bulk fabric awaiting the finishing step, where it is checked by eye for any imperfections

Teurnell has researched the 3500 print archive for inspiration, tweaking colors to update fabric designs while at the same time commissioning new prints from other designers. Their Spring/Summer 2016 homewares collection features the work of designers Carina Seth Andersson, Aino-Maija Metsola, Maija Louekari and Erja Hirvi. Marimekko has just finished showing Fall 2016 at Paris Fashion Week and announced an exciting pop-up partnership with Target launching on April 17th in the United States.