Despite recent storms in California, a "March Miracle" as some are calling it, the effects of a prolonged drought throughout the state won't be easily cancelled out. Going on five years now, the drought has logged some of the warmest and driest years on record while currently, 99.6% of the state remains abnormally dry, with over 83.16% of land in a state of severe drought. The urgent effects of this dry spell don't stop at fewer crops and low water levels. In 2014, there were 5,000 wildfires and 92,139 acres of burned land—all before the traditional fire season even started. 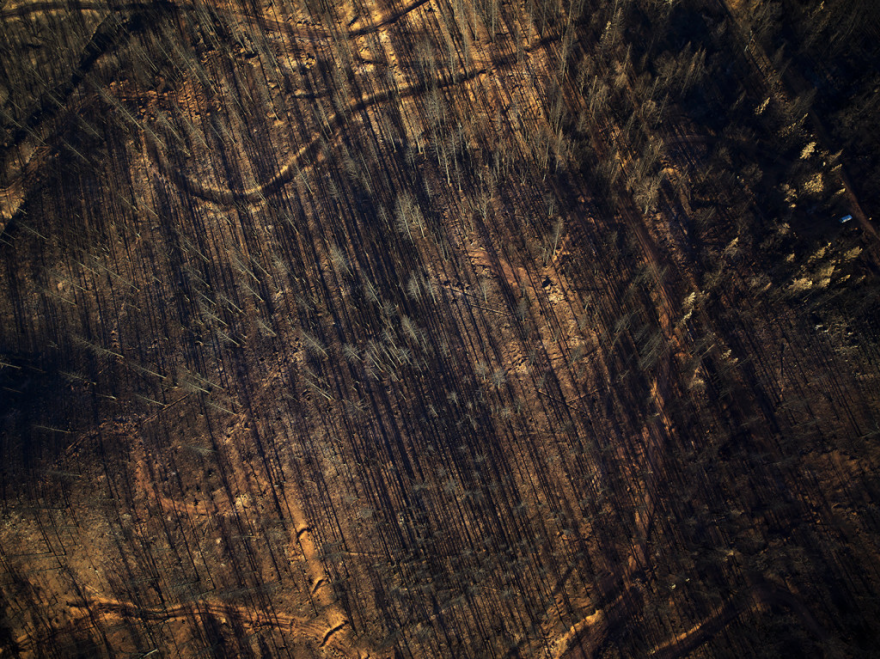 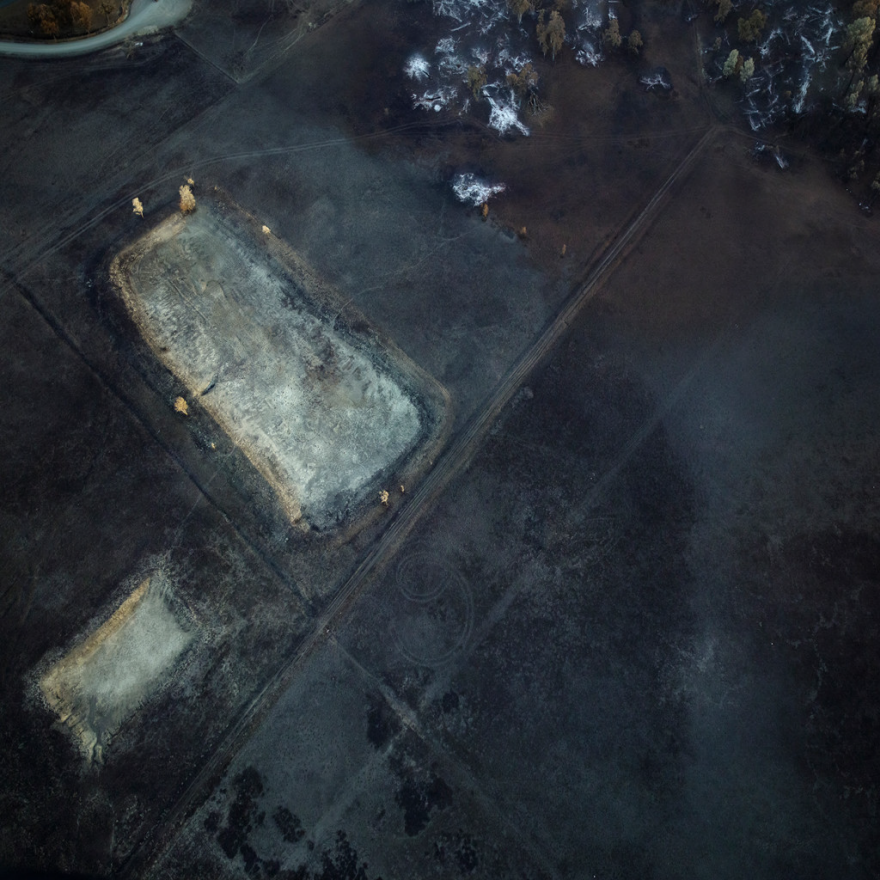 The San-Francisco based German photographer Thomas Heinser has been documenting the effects of the drought on California's terrain for the past three years, producing a series of aerial perspectives that make clear the extent of environmental impact. For instance, a series of photos of Lake McClure, a critical water source for Mariposa County, show the water levels diminishing well beyond the lake's capacity of one million acre-feet of water—in some of Heinser's compositions, the lake appears depleted and more akin to a landscape of barren sand dunes. 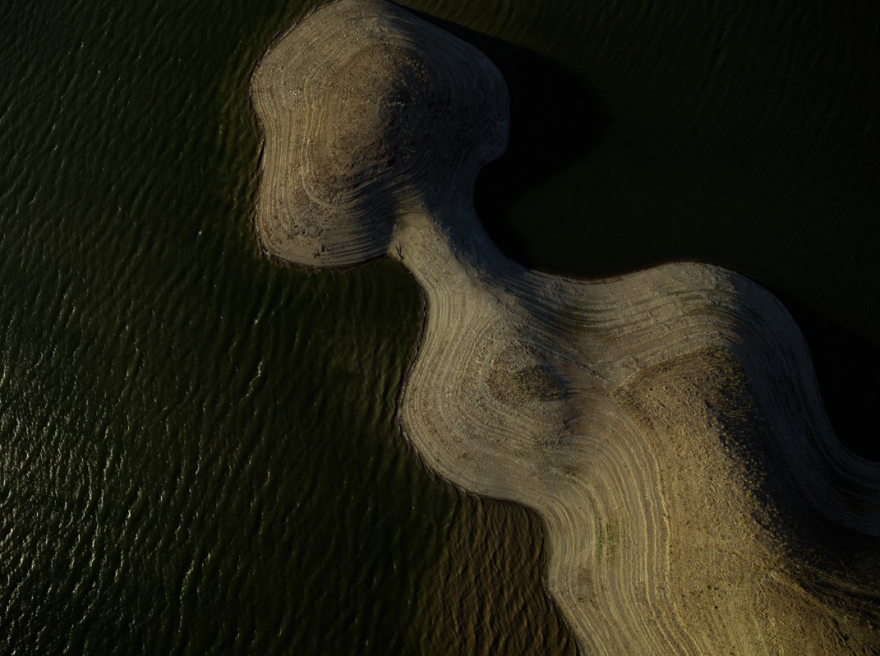 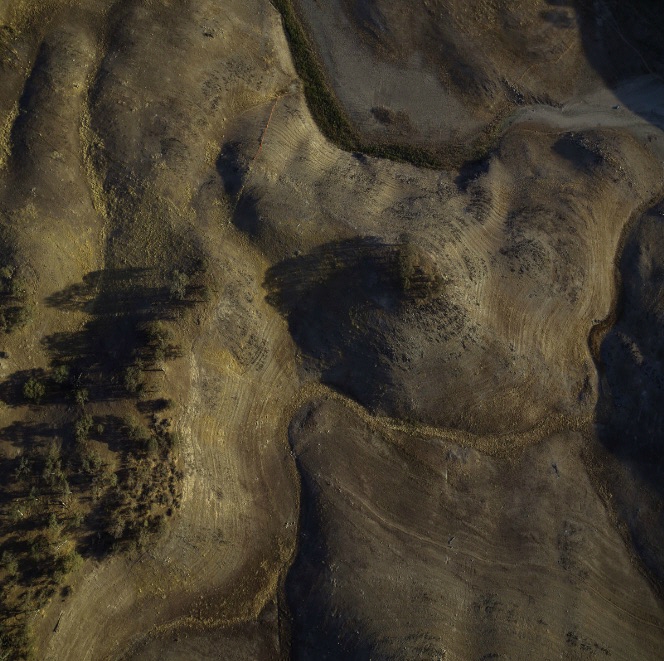 Heinser's record of the Bay Area's extensive salt evaporation ponds is particularly evocative. The once vibrant waters have also been affected by the inhospitable climate. Under Heinser's lens, the parched texture of the ponds comes to the foreground, even though his photos are taken from hundreds of feet above. 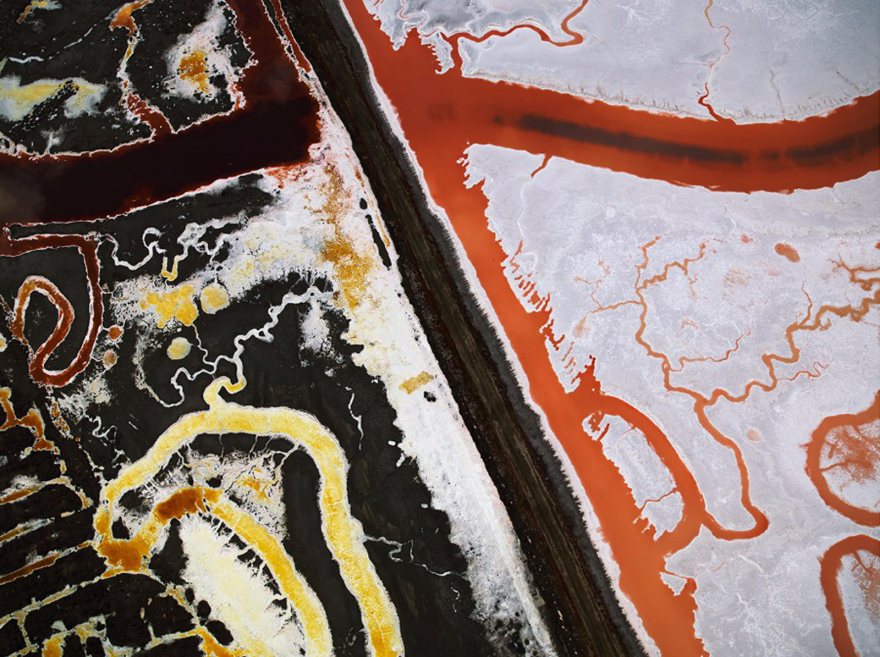 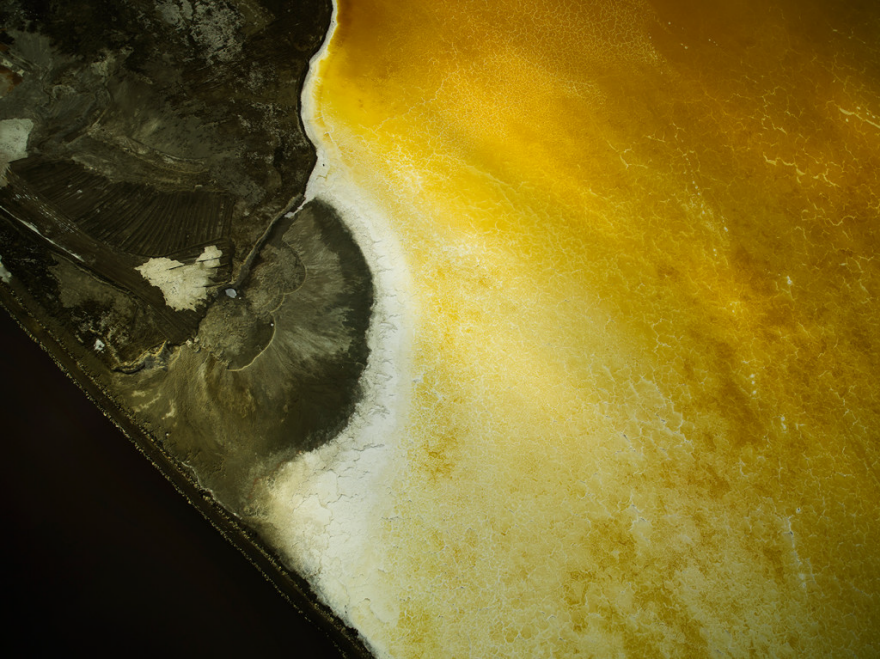 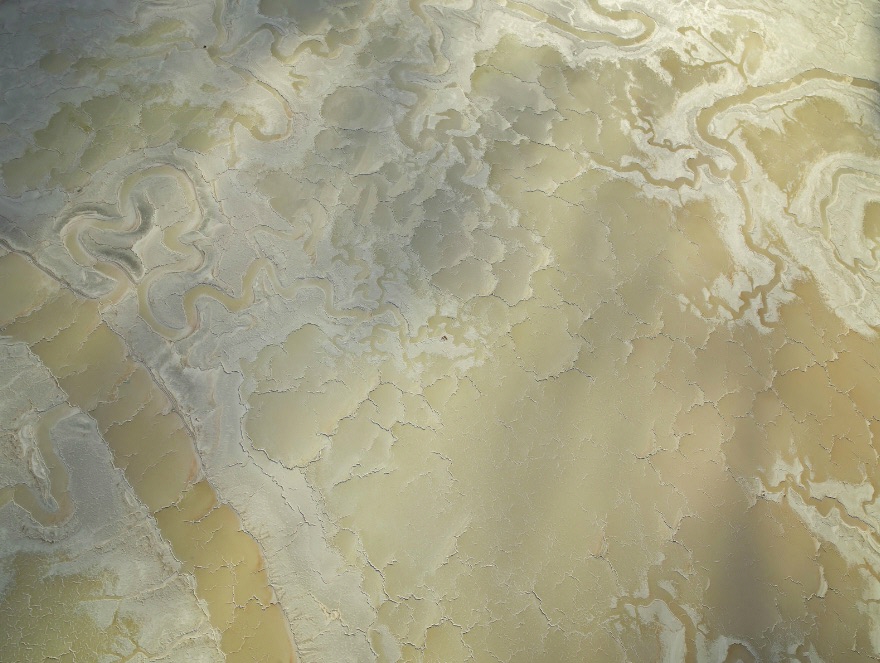 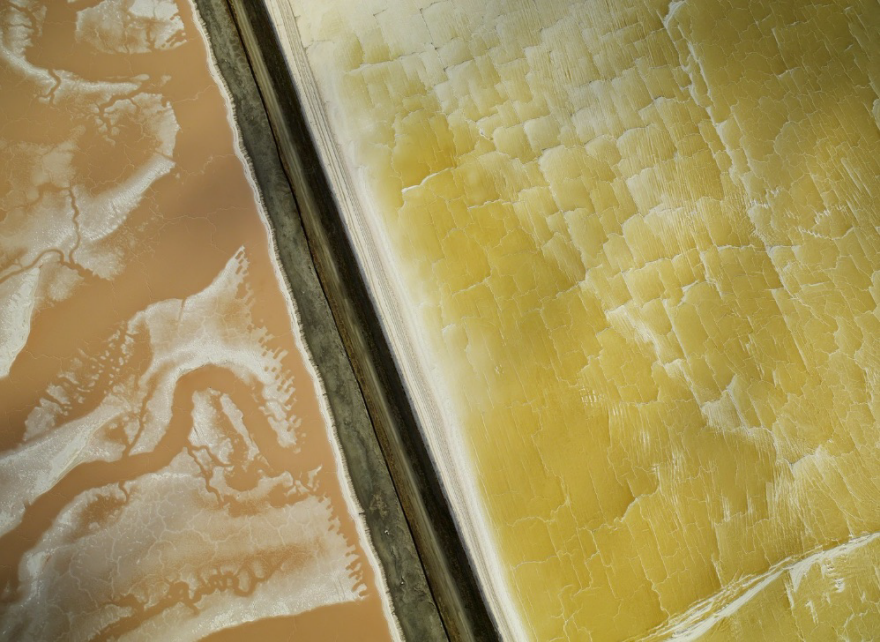 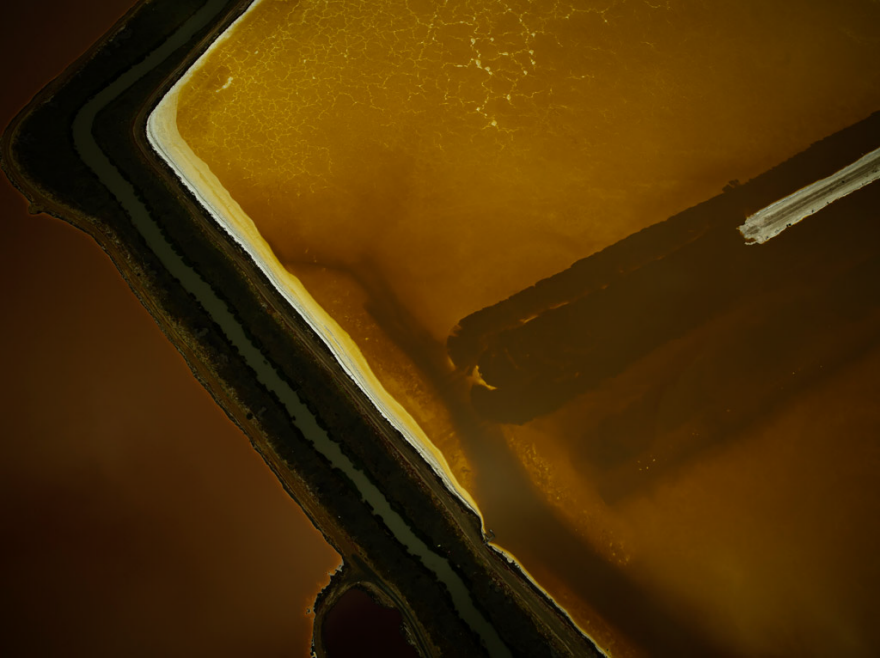 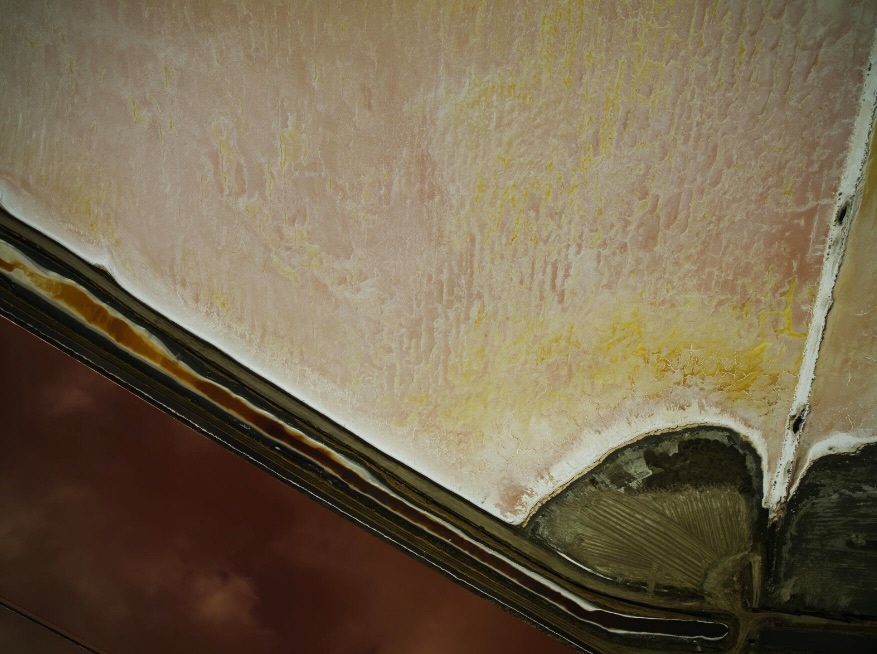 To create these images, Heisner uses a medium-format digital Hasselblad camera and he shoots only at very specific times of the day: either right before or right after sunrise. Working within this condition imparts a somber cast to all the images, contributing to the surreal qualities of the photographs. Heinser renders these landscapes otherworldly and unfamiliar and, in so doing, draws our attention to the larger question he is grappling with: What will the consequences be if we continue to be disengaged from the transformations taking place in our environment?

Thomas Heinser's REDUZIERT series is currently on view at Gallery 16 in San Francisco, through March 18, 2016.