The Priority Coast: A Basic Beach Cruiser That Can't Rust?

If you live somewhere flat, salty and chill Kickstarter might have an interesting bike for you. Priority Cycles has already launched a couple successful small-run bike projects, and their new Priority Coast is a classic beach cruiser that might put up a better fight against coastal conditions.

Let me get the fact that I personally loathe cruisers out of the way. It's probably because the beaches of the Northwest are more more boulder than sand, and more "perpetually raining" than "relaxing and balmy." It's also because cruisers are un-ergonomic for anything but a boardwalk. That said, the classic beach cruiser can be fun but doesn't fare well by the actual beach, since cheap bikes feature vulnerable steel and bearings readily damaged by salt spray and sandy environments.

The Priority Cruiser makes several gestures towards a better beach ride, while keeping the package within the traditional cruisery sub-$500 price range. The first change is hardly visible, but arguably the most important: the frame ought to be aluminum. Steel has its perks elsewhere, but an aluminum frame goes a long way towards the life of your bike in climates where salt gets airborne–unprotected steel frames regularly rust from under the paint or even from the inside out. Priority continues this move by speccing all stainless or aluminum components.

Next on the list: ditch the squeaky, rusty chain with a belt drive. Chains are simple and durable, but they're still a finicky system of steel pins that relies on the user for regular upkeep. And this is the beach, man. A low-geared Gates Carbon drivetrain and aluminum cranks would be plenty tough and nearly zero-maintenance, and when installed correctly they're smooth and quiet. 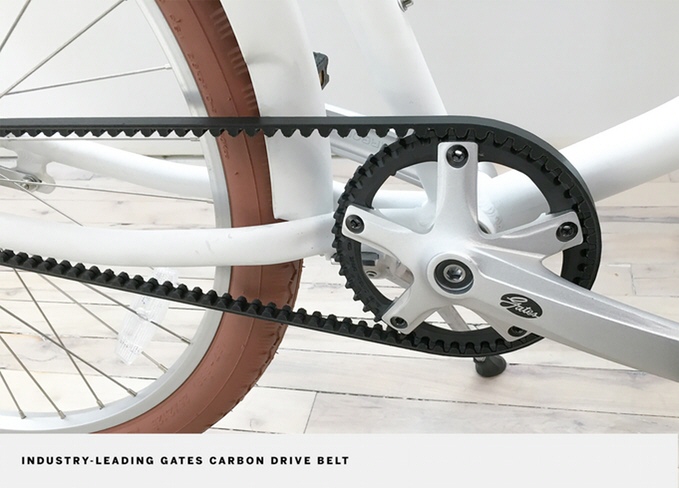 Third, protect those bearings! Priority uses "sealed cartridge bearings from the bottom bracket and headset to the pedals and front hub" as a solution. This is a good move but also where the bike mechanic in my heart starts to squint. Bearings are what make a bike work. They let the wheels rotate without grinding friction, they allow you to steer controllably, and you can propel yourself with a spinning drive train while your pedals stay flat under your feet. Bearings matter on bikes and ought to be better protected here, but "sealed" cartridge bearings are a misnomer.

Without more information on what they're sticking in, or photos of their inventive proprietary dust covers, I'd bet money it's just the same unadjustable plastic-lid cartridges you'll find on most mid level bikes. Better, but not a cure-all. These might not be directly open to the sunset, but "sealed" bottom brackets, headsets and hubs are still prone to salt damage, rust and corrosion, particularly if you're someone who's pretty "laid back" about how you treat your beach bike. 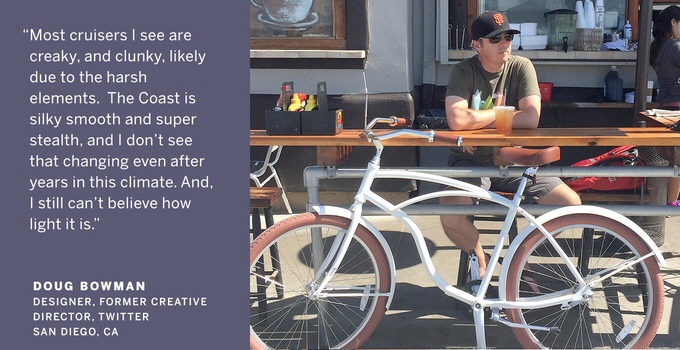 World-renowned rider endorsement. Though not renowned for riding.

Other than that the specs and design look straightforward. You get a big fat seat and big wide bars, a probably sketchy coaster brake, matching fenders, and it's all trimmed with materials that ostensibly won't break down as fast as standard plastics, steels and rubbers. It will ship with an un-pictured front brake (thankfully), and it sounds like the cool surf rack in the video will be available eventually. They even assure the buyer a 15-minute DIY assembly, requiring no technical knowledge! Which sounds very nice, and sent my inner mechanic out for a drink.

All in all, the features on the Priority Coast are simple, since cruisers are simple, but getting them all in one place is neither common nor affordable. The Kickstarter campaign runs through April 15, 2016, and estimates shipping by June or July.

The Priority Coast: A Basic Beach Cruiser That Can't Rust?