As a child, I had a mild fear of the dark. Okay, I would scream hysterically whenever left in a pitch black room. I had a Peter Cottontail nightlight for most of my childhood, upgrading to a plain white one in the hallway for a few years after that, and now I live in New York where light pollution does the trick just fine. The thing is, I'm not alone in my irrational terror. I share this anxiety with tons of small children around the globe — children who would probably be excited to hear about LeeLuu, a touch-controlled nightlight. 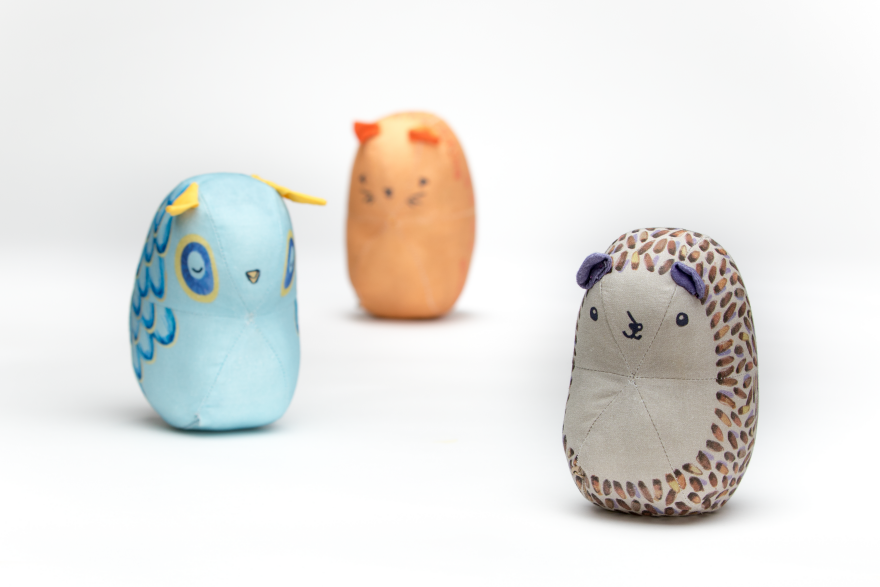 "LeeLuu wasn't anybody's idea, but more the result of working together as a team and going out and talking and building with children," says Gerkens, who heads up product development for LeeLuu. Together, the team participated in an early idea startup program in Helsinki in Summer of 2014, deciding pretty quickly that they wanted to take their idea further. "We started presenting our work in the startup community and founded our company LeeLuu Labs Oy in December 2014," Gerkens says. 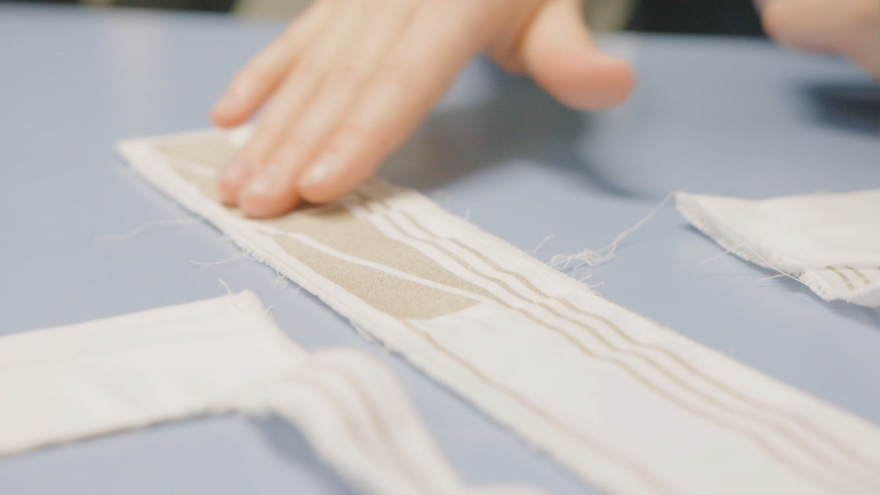 Stemming from their own personal experiences and that of co-founder Pouta's own children, the team decided to focus on the time a child needs to learn to sleep in their own beds and rooms. "We wanted to make that moment less frightening," Gerkens says. Pouta, a textile designer by profession, had been working with interactive fabrics and textile sensors for quite some time, and wanted to bring that knowledge to tackle this problem.

Focusing on developing different ways to interact with the sensors, the team created "soft" interfaces that could be activated through gentle squeezing — or hugging — and light patting. "When it comes to our product we realized that we want to have a very "human" soft interaction and in order to do that we simply had to develop our own technology as well," Gerkens says. "The sensor we developed can sense touch and pressure at the same time and does so more efficiently than other solutions. Now we are working on improving manufacturability." 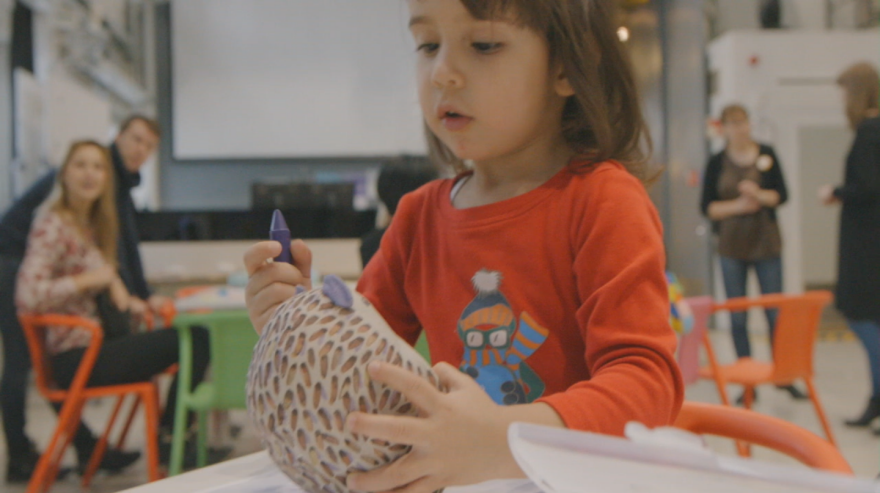 The team developed a few different physical prototypes in the form of soft, white balls wrapped in their patent-pending sensors that would light up in different ways upon touch. (Gently squeezing turns the light on, while brightness can be controlled through lightly patting the device.) They contacted schools and kindergartens in the area to test out their concept, workshopping with over 100 children. 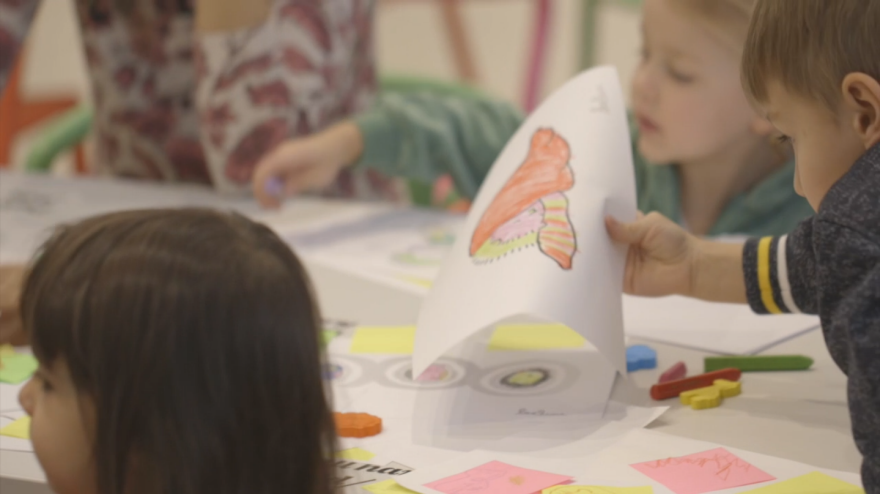 Giving children the prototypes, Gerkens and the LeeLuu team would tell them that the ball has abilities, leaving the kids to their own devices to figure it out. "All of them found out the capabilities and could replicate the interactions within under a minute," Gerkens says.

The workshops also informed the final size of LeeLuu, as the team offered children a range of forms to play and interact with. "Originally we were quite worried that the [product] needed to be small and we would have to fit all the electronics super efficiently, but then all the kids actually rather liked bigger sizes and were quite proud using the toy with two hands," Gerkens says. Weight was also determined through these tests, as the team looked to find a balance between what children found comfortable and "huggable," while still meeting requirements for batteries and the other electronics inside.

Deciding the final characters LeeLuu would take was a whole other matter. "The original designs (seen in the images) were much more grown up," Gerkens says. "When we were starting to think of the commercialization, we started creating entire families of animals, monsters and so on. The kids related most to the real animals, so we started to developing those." The team finally settled on a cat, owl and hedgehog as the initial manifestations for LeeLuu—the first round of animals have similar forms differing only in the detailed illustrations applied to their exterior skin.

As for the biggest challenge of all? "Ears, definitely ears, should they be purple — or what's the perfect shape?" Gerkens says.

All LeeLuus have a removable, washable linen skin, embedded with haptic touch sensors. Beneath that, LeeLuus have a foam piece that firmly secures the base for a pat textile sensor, electronics and lights. "I believe that the core of what's under the hood is our expertise with textile sensors and how to work with users," Gerkens says. 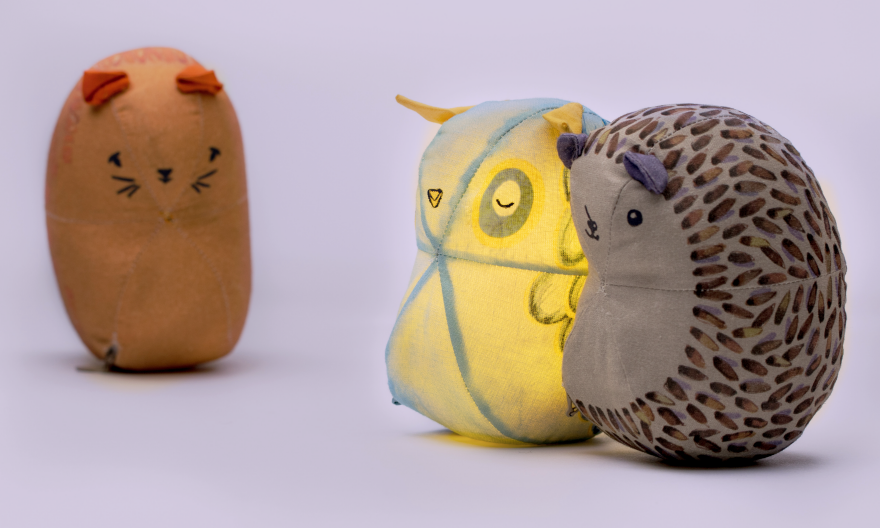 LeeLuu Labs is just getting started. The team just launched an Indiegogo campaign last week to fund the product, offering an early bird price for LeeLuu at €69 (~$78 USD) and looking to raise €50,000 (~$57,000.00) over the next month. "With our expertise in textiles and work with users in mind we are looking at designing more consumer products," Gerkens says. "For now, all focus is on LeeLuu."