You don't even touch the thing, it cuts BY ITSELF

I was very excited to spot this at the Mafell booth at Holz-Handwerk: 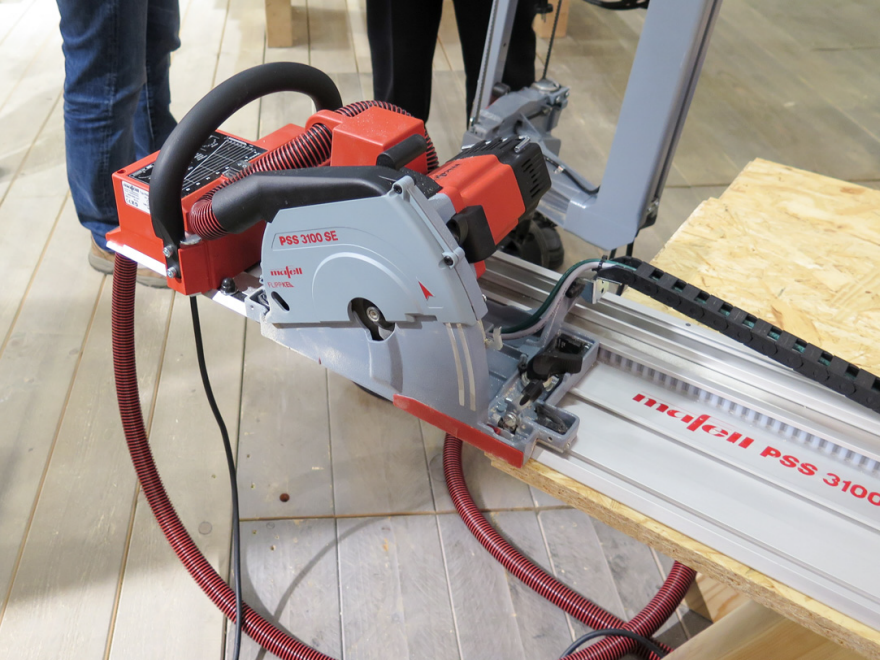 First off, for our U.S. readers not familiar with Mafell, they're a high-end German power tool company--and if I understood the translation correctly, they not only make tools, but they make their own tooling to make the tools. On top of that about 85% of their finished product is all made in-house, with just 15% content coming from suppliers. "MAFELL quality stems not from large-scale production," the company says, "but from exemplary process-overarching, high-tech manufacturing in small series in [Germany]."

Now on to the product. This is their Mobiles Plattensäge-System (Mobile Panel Saw System) a/k/a the PSS 3100 SE, and it's designed to break down large panels without any human hands to guide it. The operator sets it on the track, hits the button and it's off to the races: 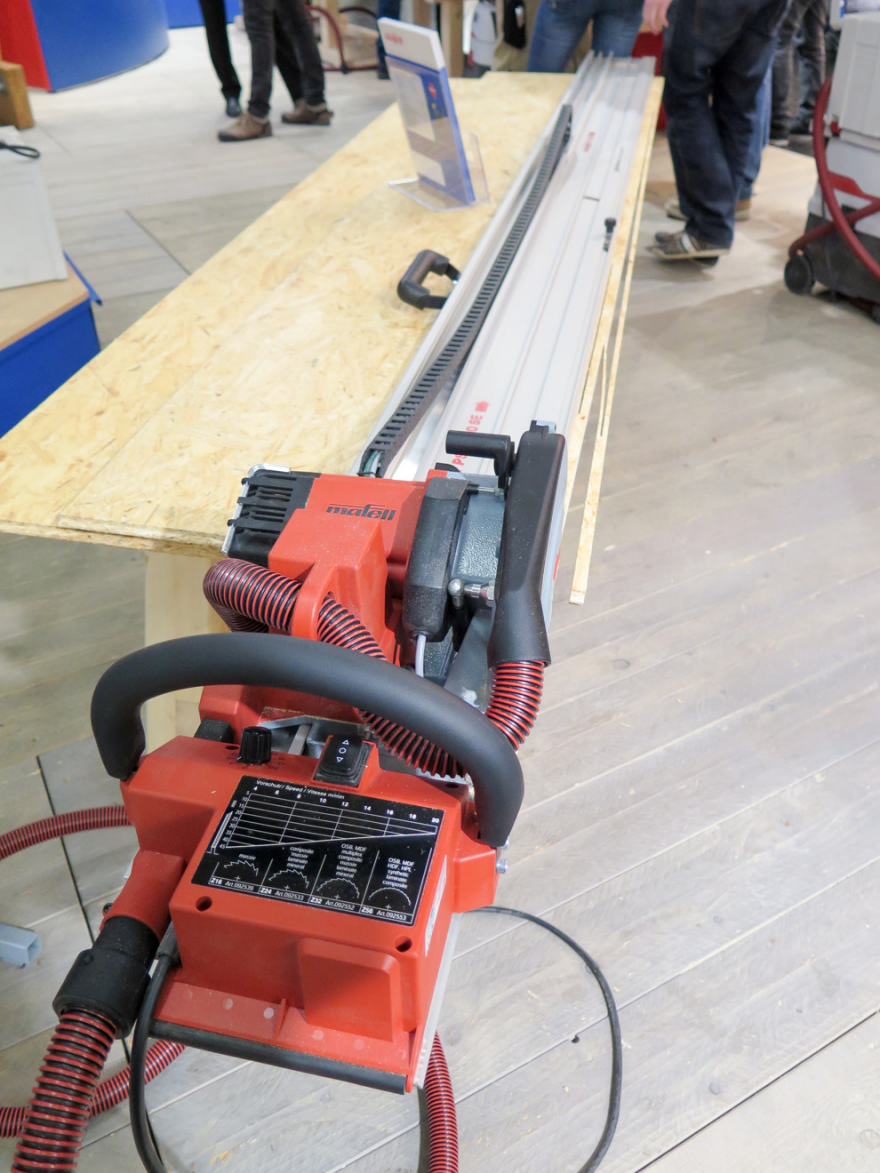 The saw's cutting depth, blade RPMs and feed speed can of course all be adjusted. Throw a Mafell diamond saw blade on there and you can cut through cement fiber panels. Unlike a traditional panel saw, it can easily be transported to the job site. 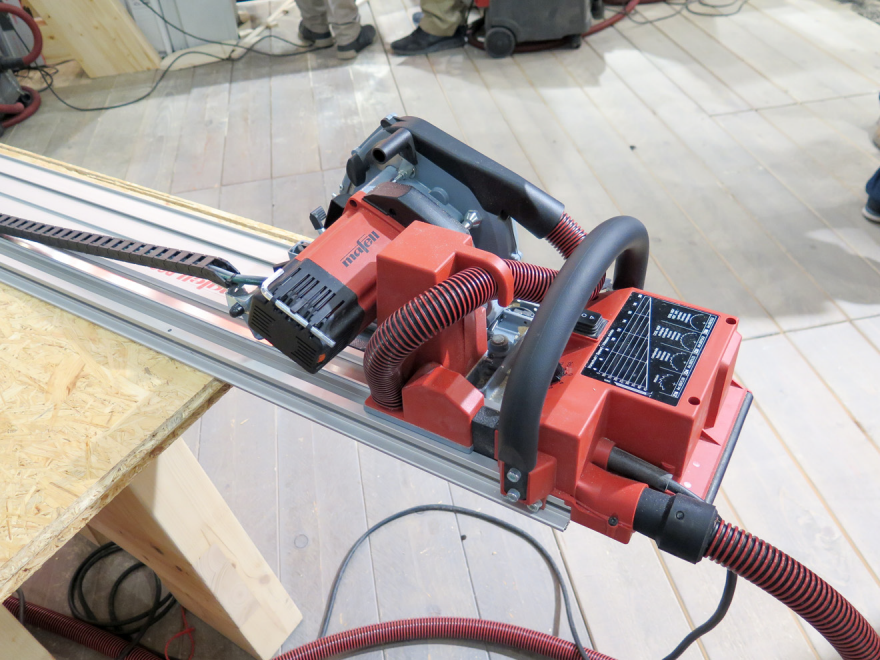 But one thing it should really come with, that it doesn't, is a pre-programmed voice recording that should be played back during unboxing. You'd bring your shop assistant over to the saw, press a button, and the saw would tell him that he's fired.