When the Johammer J1 electric motorcycle first blazed a hot trail across the blogosphere we missed an opportunity to hop on here at Core77, which is a real shame because there is obviously a lot of fun to be had with it. Recent news has blessedly afforded us a second opportunity, one which we are setting upon immediately lest it escape again. So please take a sip of your chai, breathe out and join us as we slide into a state of aesthetic divination…

Deep within your mind's eye the J1 floats alone, lit softly from above in an atmospheric blackness. Its volume pulsates, various elements taking turns in expanding and diminishing, shifting in their hierarchy; soon, as a devoted Core77 reader, you recognize something—what is in front of you is simply a luxe adult version of the Kiddee, ahem, Trunki. The shell of the rideable bug-faced suitcase slowly opens revealing a steaming Hario kettle which grows and soon fills your field of view. You touch it; the surface softens and shifts hues, it recedes and is revealed as a spectral form draped in marbled sashimi. As reason reasserts itself you pass the experience through various filters, settling on one which you determine all contemporary product development must now forth be examined via—that of the world of Pokémon—and to no great surprise see that the Johammer is an evolved state of a Rimowa rolling suitcase. Now you learn that, almost as if to specifically confirm the essential validity of your vision, Johammer has teamed up with Austrian "Noble Garb" manufacturer Gössl for an exhibition. Cue the perfect cuckoo closing note to the fantasia: lederhosen. 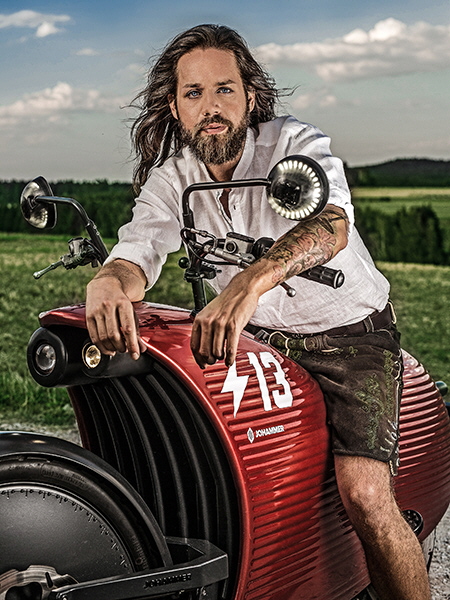 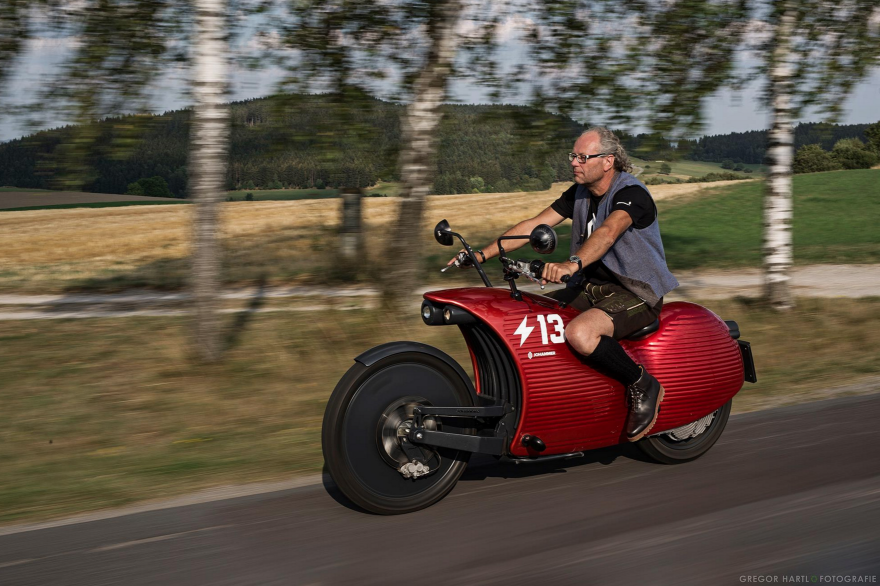 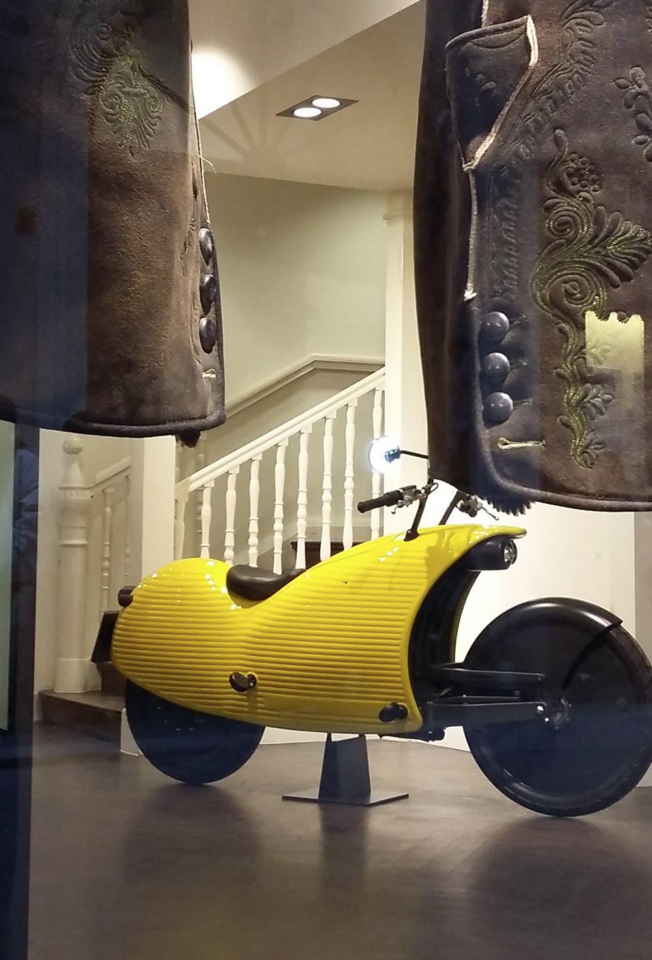 We're assuming we weren't invited to the opening, but are still disappointed because we are clearly the optimum press venue for announcing a Short-Pants Electric Motorcycle Leather launch. But alas, we and presumably you, have missed the show and will have to console ourselves with the above glamour shots of ElektroLeder.

To be truthful though, all of this is just us dancing around a simple fact: we like how the Johammer looks, and even consider it great design. Sure, it can't escape the associations it has set itself up for with its quirky elements, but it does have quite a few good angles (particularly 3/4 from behind) and looks surprisingly nice bearing an upright rider. It compliments good posture! The front end mechanics and overall detailing adds a technical edge to the playful vibe. Most importantly the J1 is laudable for taking a left-turn from legacy; there has yet to be an e-motorcycle defining form factor on the scale of what Prius did for the hybrid car so such boldness could establish a category aesthetic. Like seminal new music you don't really get until you revisit it years later, is the Johammer something waiting to be rediscovered?