Designers have long looked to nature as a source of inspiration, drawing upon its tried and true systems to build everything from velcro to bullet trains. But, what about when it comes to capturing the 'sense' of a plant? Or the feeling of its growth? These less tangible characteristics are what inspired Russian designer Lera Moiseeva to design the Ray Chair, a chair inspired by the growth of a plant—a simultaneous reach towards the light, while burrowing roots deep into the ground. 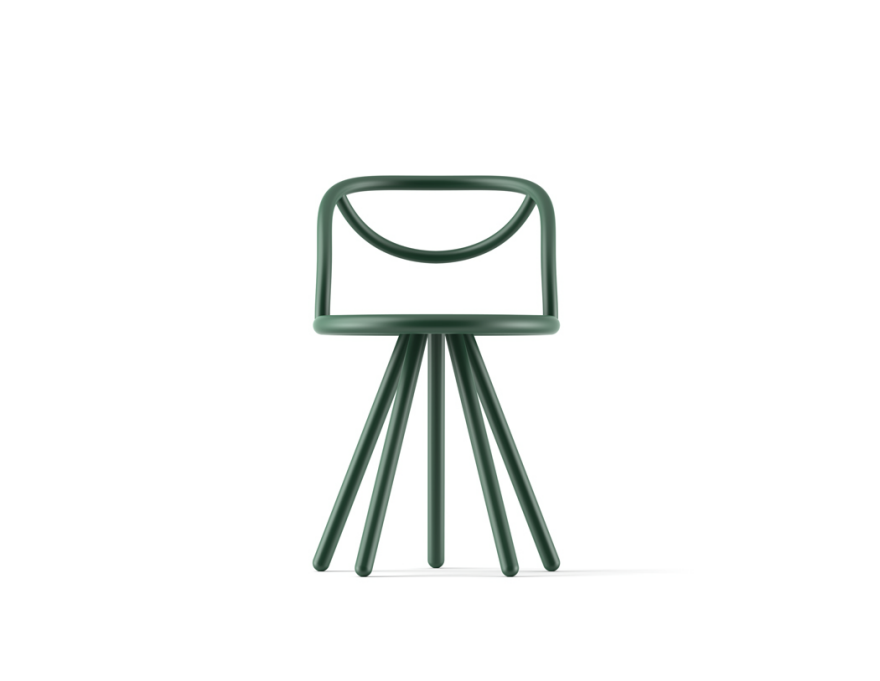 For Moiseeva, the idea for the Ray chair came after working on an interactive outdoor light installation in Moscow. "The installation had the shape of a number of rays converging at a point," Moiseeva describes. "At the same time, a group of Russian designers invited me to participate in a show called Naturalist. The main theme was about interpreting nature in artifacts. The chair design is based on the structure of a plant or tree."

It is the same with man as with the tree. The more he seeks to rise into the height and light, the more vigorously do his roots struggle earthward, downward, into the dark, the deep—into evil. —Friedrich Nietzsche

The simultaneous projects led to the development for the Ray Chair—the converging rays became the inspiration for the chair's support structure, as well as the namesake for the piece of furniture itself. "I did not have a specific image that inspired the shape," Moiseeva says. "I wanted to make a symbol of the roots of the plant, with organic natural lines." 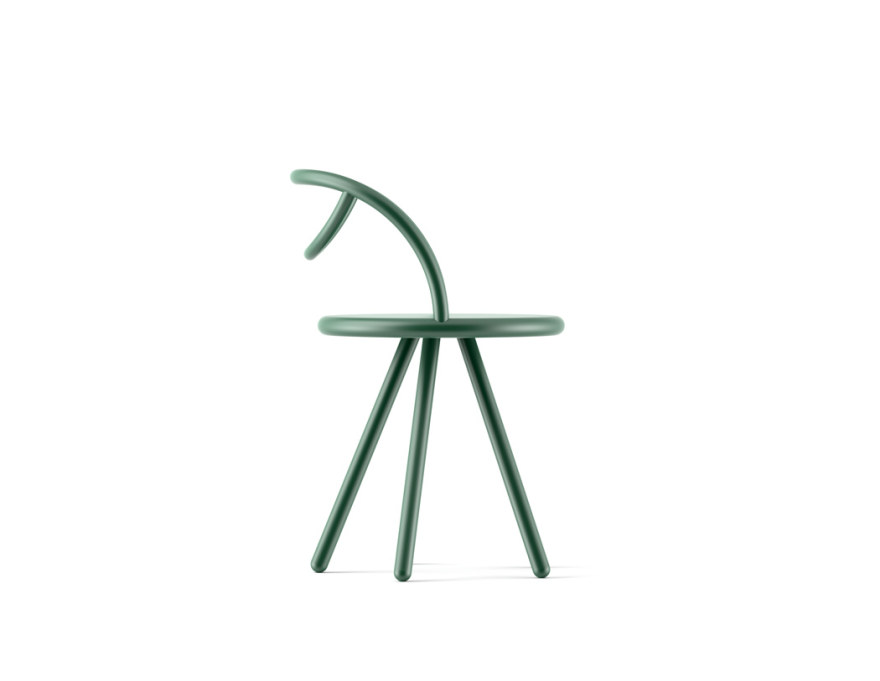 Featuring five legs coming together at one point, the Ray Chair is meant to resemble a plant reaching towards the light, while its roots go deeper into soil, a source of strength. "The nature of this chair works according to the same principle; the five legs of the chair work as roots, that give life to the stable and firm seat," Moiseeva says. "I thought, it's cool to make it different from a traditional 4-legged chair, so I just added one more," Moiseeva says. "It makes it look more playful." 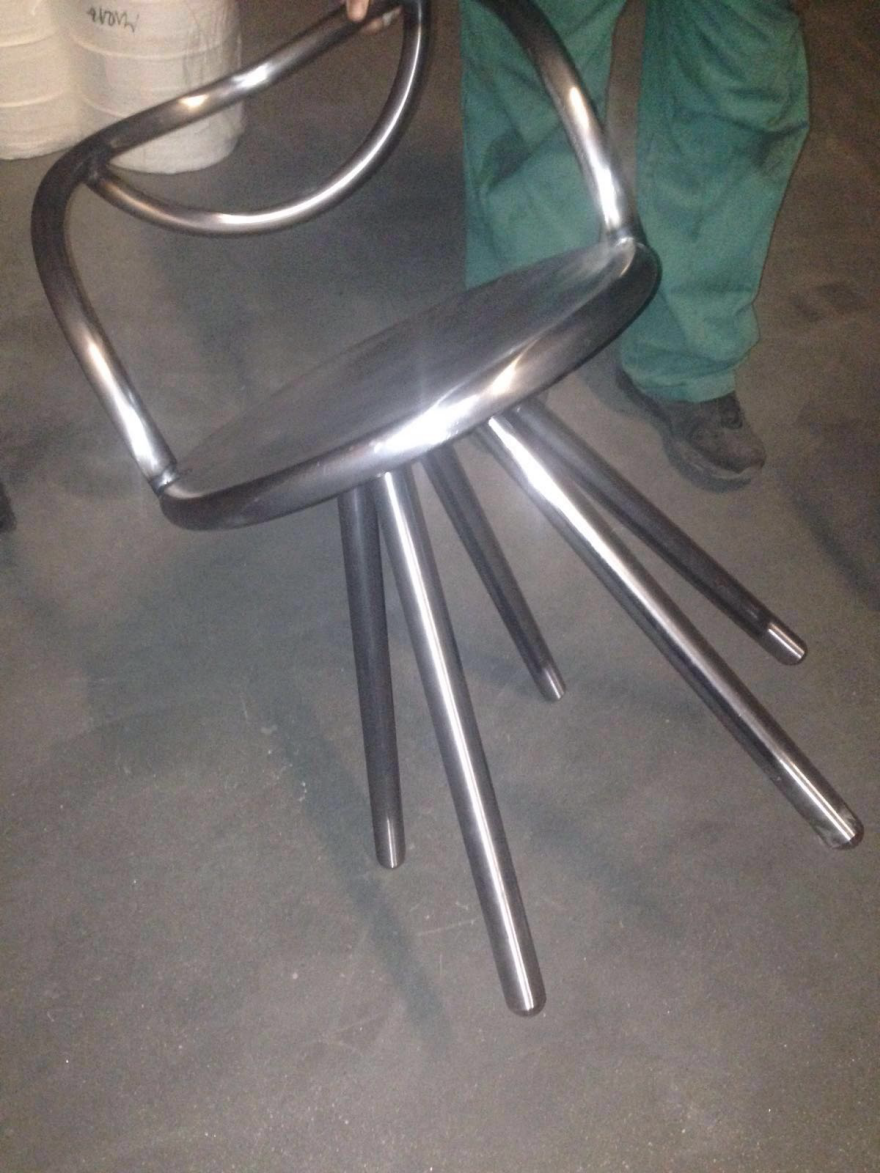 Although initial sketches featured legs of varying angles and inclinations, as Moiseeva worked through various prototypes and production models, she opted to change the design—resulting in less severe, more similar degrees for each leg. "The final length and angle of the legs differs from the first sketches," she says. "It was necessary to make a few adjustments, that's why several chairs were produced before approval of the final."

The Ray Chair also features a lovely curved back, which begins at the seat of the chair, wrapping around the back and coming back down on the other side. "I wanted the back to have an elegant and graphically simple shape while at the same time have character," Moiseeva says of the design detail. "Minimal and light lines create a comfortable backrest." 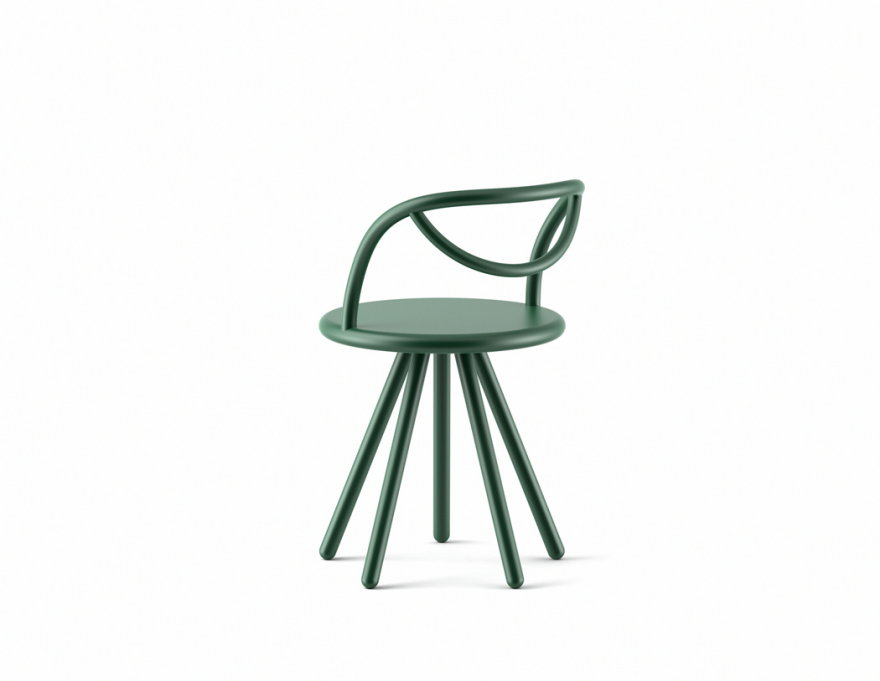 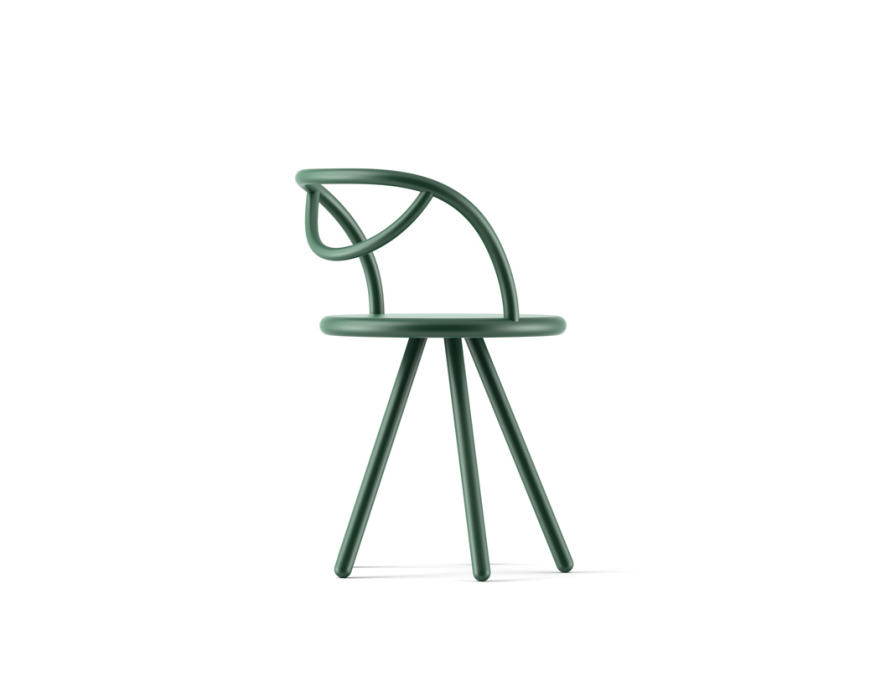 Moiseeva was also influenced, in part, by a quote from Friedrich Nietzsche, reading: "It is the same with man as with the tree. The more he seeks to rise into the height and light, the more vigorously do his roots struggle earthward, downward, into the dark, the deep—into evil." "I think it is a great phrase explaining what is happening in the process of life," Moiseeva says. "I wanted to try and capture it in the object. This phrase has influenced the name of the chair—Ray. A ray of light gives rise to plants, but growth is not only toward the light, but also roots grow underground."

Standing 74 centimeters high (roughly 29 inches), the chair is about the size of a small palm tree and is crafted from tubular steel. "It was planned to be an indoor/outdoor object, so tubular steel was the best option as the material," Moiseeva says. "[The material choice] was also one way to achieve the resistance of the chair structure while maintaining the elegance." The designer cut, bent, welded and painted the steel to create three prototypes of her design. 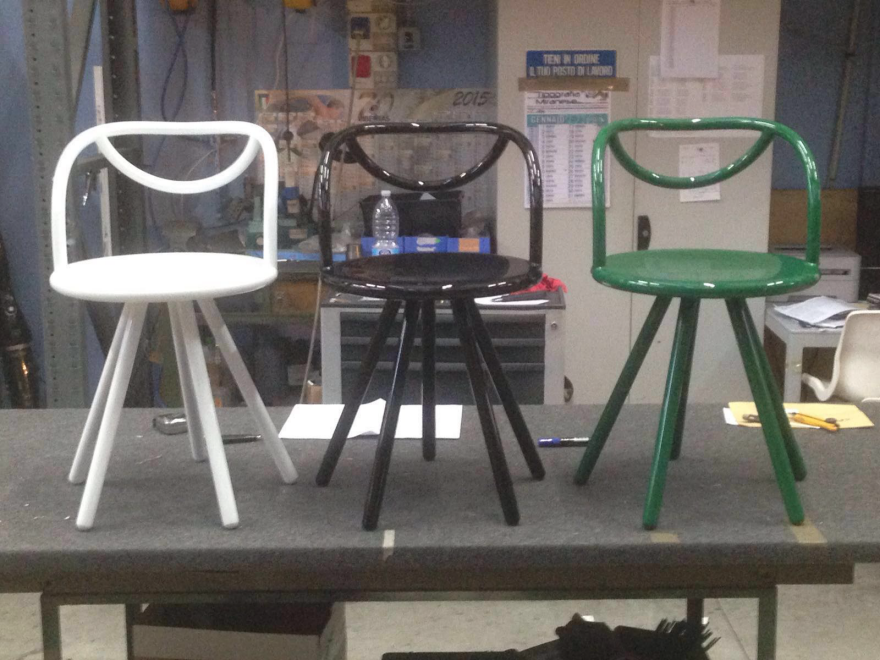 "I tried to approach some companies, but the chair still needed to be improved, so I decided to make first three prototypes of the chair," Moiseeva says. The designer approached Italian metal production company Carraro Tech, who worked with Moiseeva to take the final steps and adjustments necessary to produce the Ray Chair in a short period of time. "I was lucky to work with amazing people who helped to make this object real in a short term."

While Carraro Tech helped the designer bring a the Ray Chair into a more refined, mass-production-ready state, Moiseeva is still working on bringing it to mass production, with plans to produce it herself as opposed to partnering with any larger brands or manufacturers. While she's still working on locking down a final price, Moiseeva promises that its first stop will be retailers in New York City. In the meantime, she's trying out new finishings for the chair in addition to its current options of dark green, black and white.