As I draft this article, I'm sitting at my desk with the sun beating down on me from a nearby window. It's hot. I am uncomfortable. Sure, I could get up, walk over to the window and close the blinds—but shouldn't they just do that for me? Automagically? Well, thanks to a new device called FlipFlic, they can. 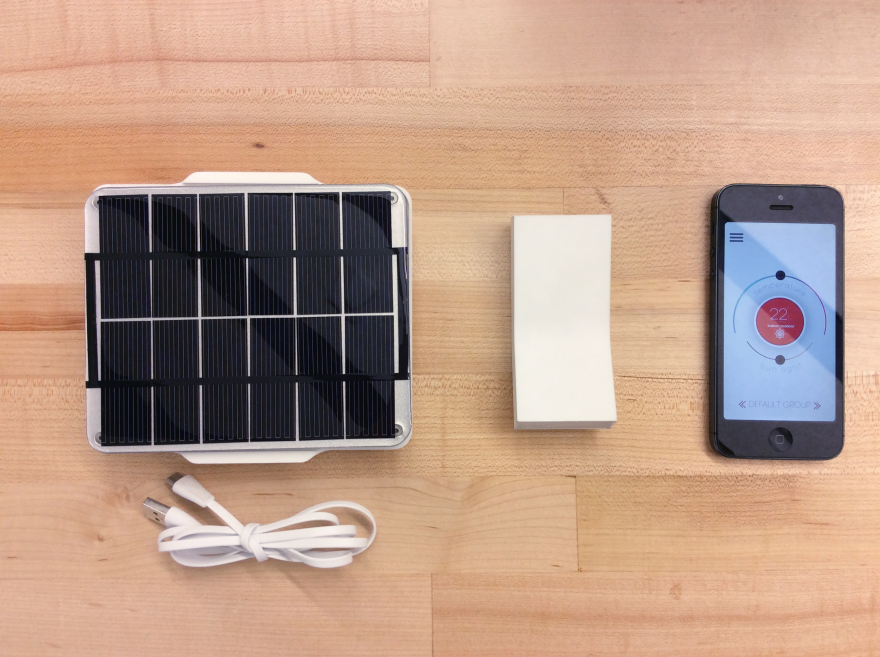 In our internet-of-things world, if you can dream it, you can also connect it to wi-fi and find some way to automate it so you don't have to lift a finger. FlipFlic is a solar-powered device that converts any set of blinds into 'smart blinds'—automating them based on sunlight, temperature or a preset schedule. The brainchild of Ksenia Vinogradova, a San Francisco-based entrepreneur, FlipFlic's genius isn't in the fact that you don't have to get up to open or close the blinds, but that it works with existing horizontal and vertical blinds, installing seamlessly without requiring any tools or additional hardware.

"The idea came from a very practical need," says Vinogradova. "Two years ago my family was renting a huge sunny apartment with twelve window blinds installed. We were adjusting them several times a day: in the morning for sunlight, in the afternoon to block glare, in the evening for privacy. It was trivial, but a time-consuming task to do manually and we were looking for some easy and affordable solution, but couldn't find one." Granted, the problem plaguing the entrepreneur's family might fall into the far too common meme bucket of 'first world problems' (as even Vinogradova is the first to admit), but it's a real need. Ugh, the sunlight glare on my screen is unreal right now.

From the beginning, Vinogradova sat down with her partner and co-founders Dmitry and Sergey Vinogradov to establish a few principles for the design:

Vinogradova and Dmitry Vinogradov spent two years doing research and development on the idea for FlipFlic, wanting to create a product that could work with existing blinds, so users wouldn't have to go out and buy a whole new product. The team collected a range of blind samples from different brands, working with blinds manufacturers and testing it with units in home improvement stores. By simply removing the existing rod used to control the opening and closing of blinds, users can plug in FlipFlic and download the free app to add presets for the device—ranging from opening and closing with the amount of sunlight, the temperature of the surrounding room or even just at specific times of day.

With each major iteration, her company saw a new stage of growth, too. "The first working prototype had a hand-made plastic enclosure and ran SparkCore," she says. "It paved our way to accelerator Buildit in Estonia, where we first started to work on the project full-time. There, in three months of prototyping on 3D printer, we developed a different design called Comfee and made 100 beta units." 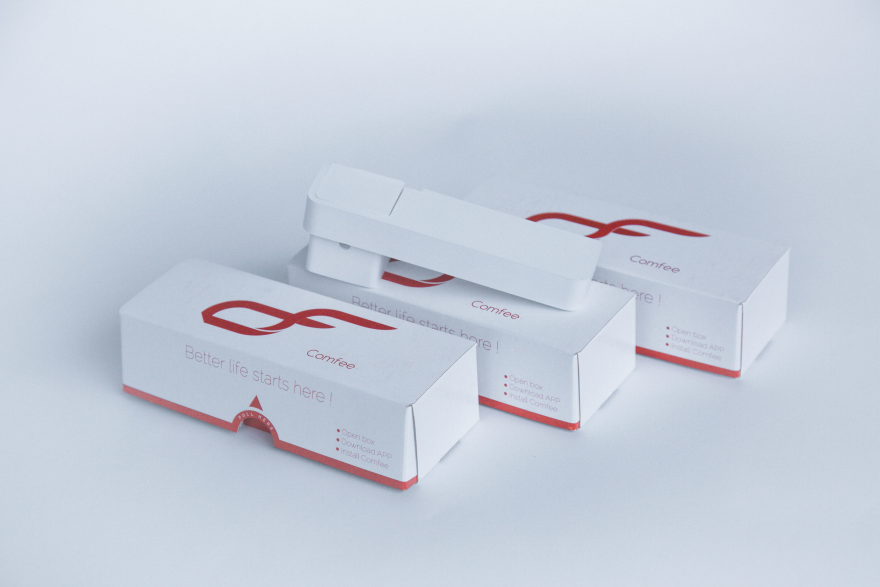 The Comfee units featured silicon-molded enclosures and a custom circuit board, a big step forward for the startup. With Comfee in hand, the team joined an accelerator in San Francisco, where they learned more about what it would actually take to bring their idea to mass production. As part of the program, they visited manufacturers in Shenzhen, China, and those conversations led to yet another iteration to their design, as well as the addition of solar charging—changes which significantly decreased the size of the device and updated the motor. 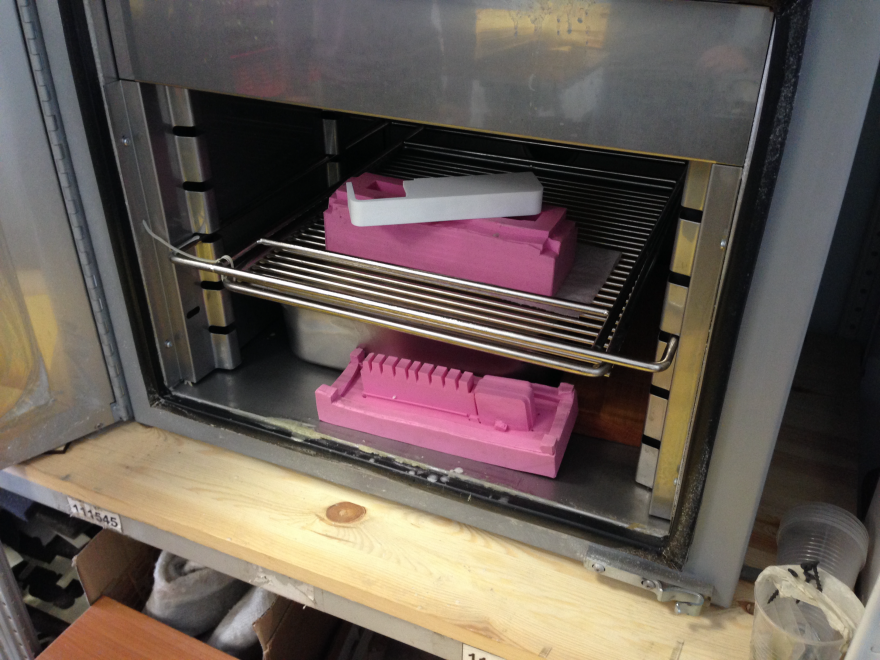 "One of the most critical steps for FlipFlic was to switch to solar panel charging and use a smaller built-in LiPo battery instead of replaceable AA batteries we had in the first generation," Vinogradova says. "It also simplified the enclosure as our first generation consisted of two connected blocks (battery block and motor block) and our beta testers experienced problems with weak contacts. We have been planning this step and it eliminated most of the disadvantages of the first generation [product]."

The current version of FlipFlic is constructed of PA6 plastic with a soft touch coating. A semi-transparent insert at the bottom allows for a light sensor to register changes to light in the surrounding environment, while also containing a blinking LED that alerts the user to when the device is connecting to the app, battery is low and so on. Under the hood, FlipFlic also has a 3-6 V motor, temperature sensor, ambient light sensors, timer, rechargeable LiPo battery, TI CC2650 SoC Bluetooth 4.0, ZigBee, MicroUSB port, an on/off switch and magnets for tools-free installation. 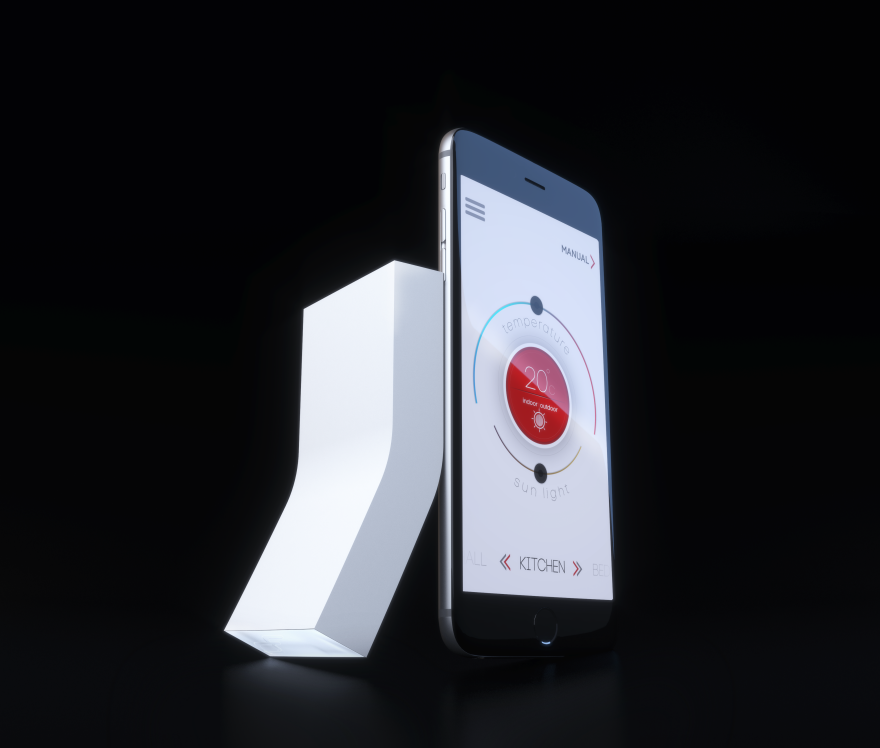 Another version of FlipFlic is already in research and development, as the team continues to push the device even further. "It is a masterpiece of mechanical engineering," Vinogradova says of the latest model. "It allows [the user] to automate the horizontal string-controlled blinds and pull the cords into different directions. All existing solutions [have been] internal and require the dismantling of the existing blinds mechanism. We will be the first to offer a hassle-free, external version, which will meet all the requirements we set for ourselves."

Like many design-entrepreneur hybrids, Vinogradova and her team are turning to Kickstarter to bring FlipFlic to reality. Backers can pick one up at an Early Bird rate of $60 (sans solar-power), or $75 for a full set. Beyond the campaign, the FlipFlic team plans to set the retail price at around $89 per unit, including the solar panel and all accessories (rod adapters, cable, et cetera).