A Design Studio That Prioritizes Process Over Product

Not many designers start their conceptual product exploration with as much open-endedness as a duo like Seongil Choi and Fabio Hendry of Studio Ilio. In fact, this design team (who formed their studio after meeting at the Royal College of Art) insists that they are actually not as inspired by the idea of coming up with a product as they are a process: "we believe that originality in function and aesthetic derives from an original process. The application starts to become more relevant towards the last stage of the process development where it also determines the direction of how the process has to be improved and what requirement it needs to fulfill." 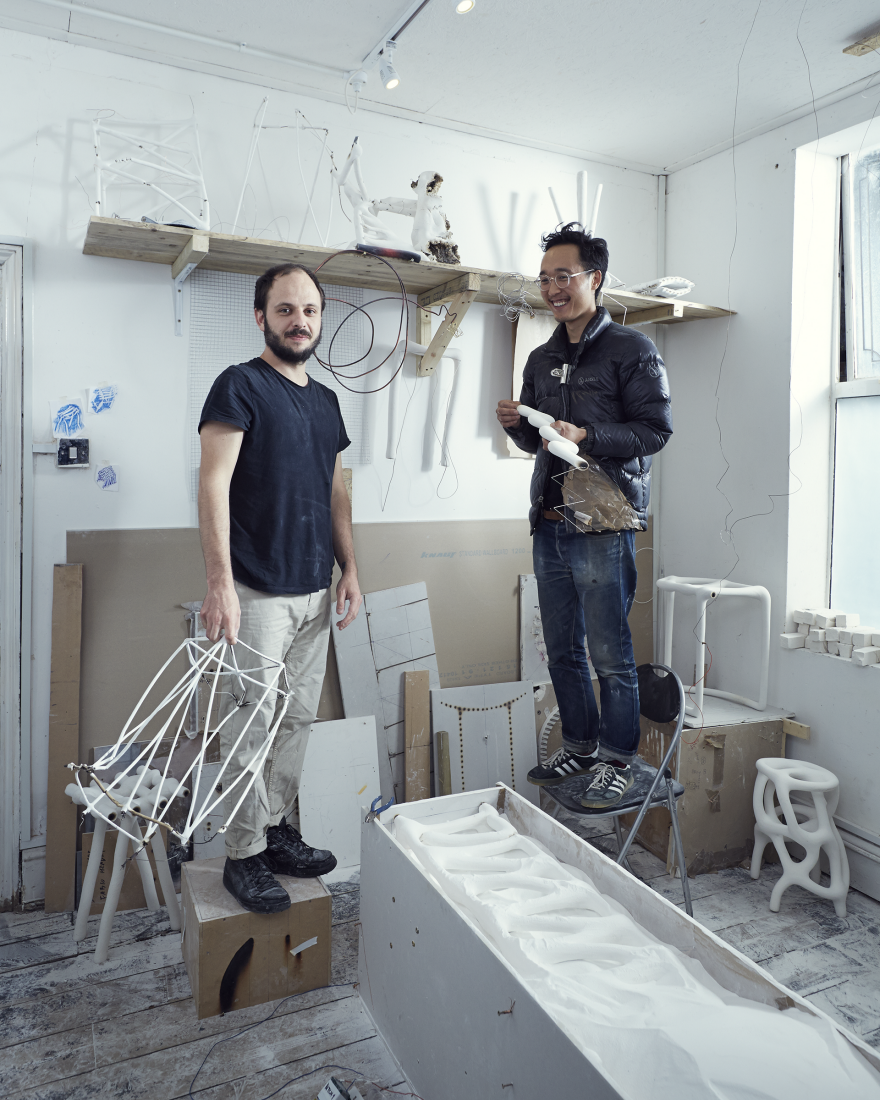 Fabio and Seongil of Studio Ilio

Exploration being a crucial part of their process results in highly surreal objects due to their unidentifiable manufacturing origins. For Milan Design Week, they will be debuting a series of 12 stools and a collection of lamps created using a process that the two designers discovered themselves. The collection, called "Hot Wire Extensions" utilizes flexible Nichrome wire, waste nylon powder from 3d printing beds, and a lot of heat. The idea speaks to sustainability and material innovation. The investigation also addresses new forms of fabrication— the studio states that after discovering a process such as this one that they "started to dream of objects that can be instantly and easily created." Check out their exclusive video demonstrating the process below:

The discovery of a process that renders such refined and beautiful shapes has also resulted in a series of experiments. Studio Ilio tells us as they searched for a way to create a solid surface using thin metal wire, they ended up with some brilliant visual results: "There are...two ways of creating a closed surface; one is to align the wires parallel to each other with a certain distance; the other is to weave the wires. The weaving is therefore a conclusion of the exploration of the process. In a similar way, we conduct many other experiments; first, as a starting point, identifying the most obvious way, to then create a repertoire of forms and construction methods which can be manipulated and combined." 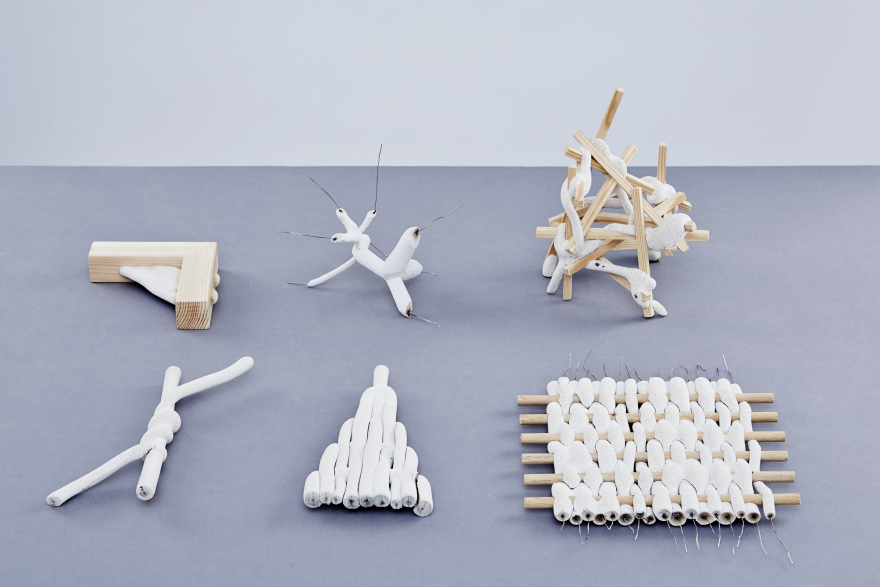 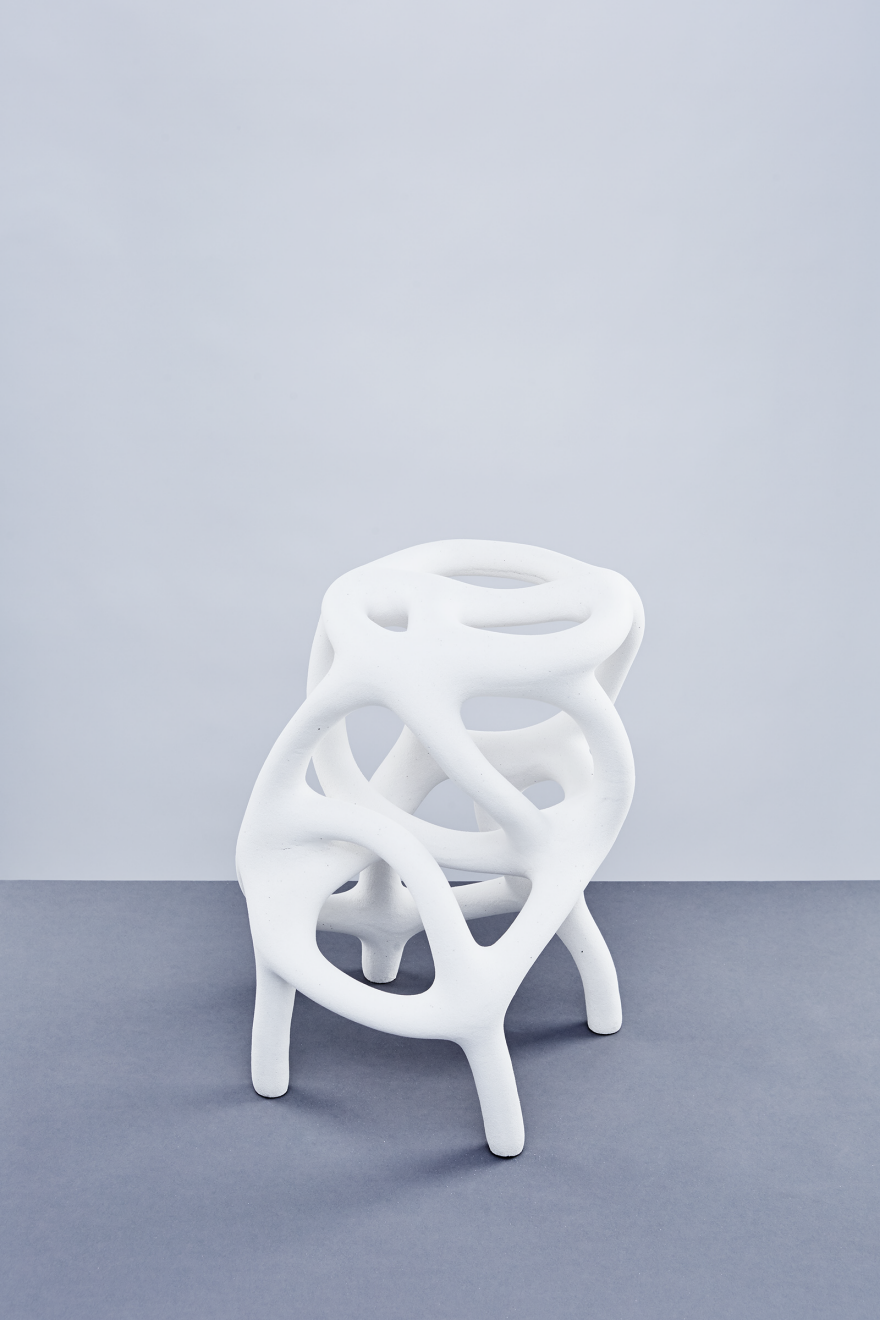 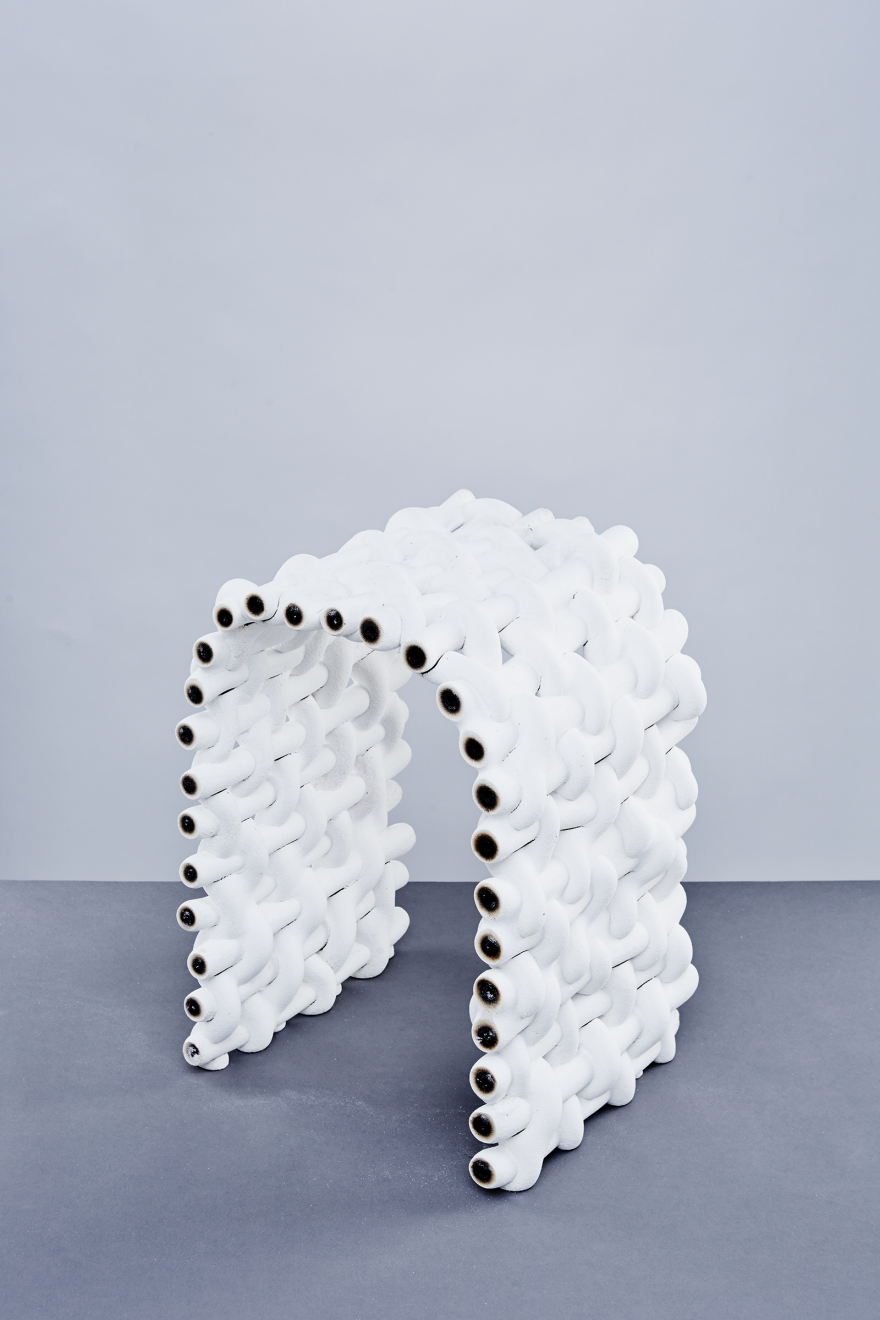 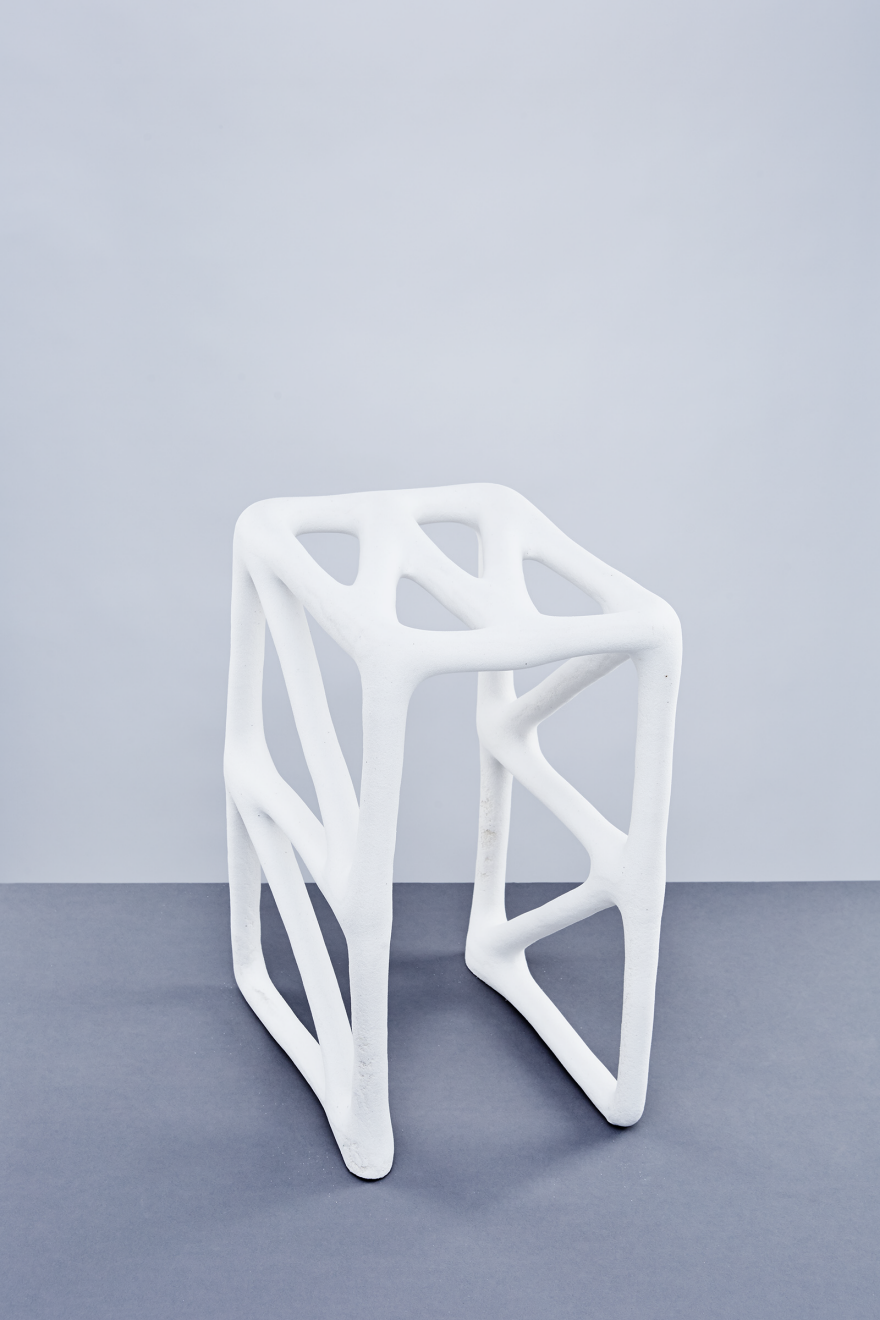 Letting process influence form is a highly new and exciting way designers now look at design. An added layer as to why they are interested in process and transparency also has to do with storytelling. With Studio Ilio's works, the forms are certainly mysterious, but miraculously, once you discover more about exactly how they do it the pieces are almost elevated to an even higher level of wonder. And when designers allow such a high level of transparency into their process, it coincidentally allows everyone—not only designers—to appreciate the craft and curiosity that goes behind the creation of a design object.

Studio Ilio will be presenting their 12 Stool Series during Milan Design Week at Ventura Lambrate, Via Ventura 5, April 12-17.

A Design Studio That Prioritizes Process Over Product