The second installation of 'Worn Warriors' from Hand-Eye Supply

We're back with another iteration of Worn Warriors. Last time, we wrote about the Datsuns of downtown. This time around, we're a little less jovial, a little more thoughtful, and we might even have a touch of melancholy as we consider the history and future implications of a dying firehouse in Portland. As we were putting this one together, Luke said, "You know, old buildings never have a funny history. It's never like: In 1923, the Marx Brothers did a funny thing here." And indeed, we didn't find the ghost of Groucho at Station #2. Here are our thoughts... 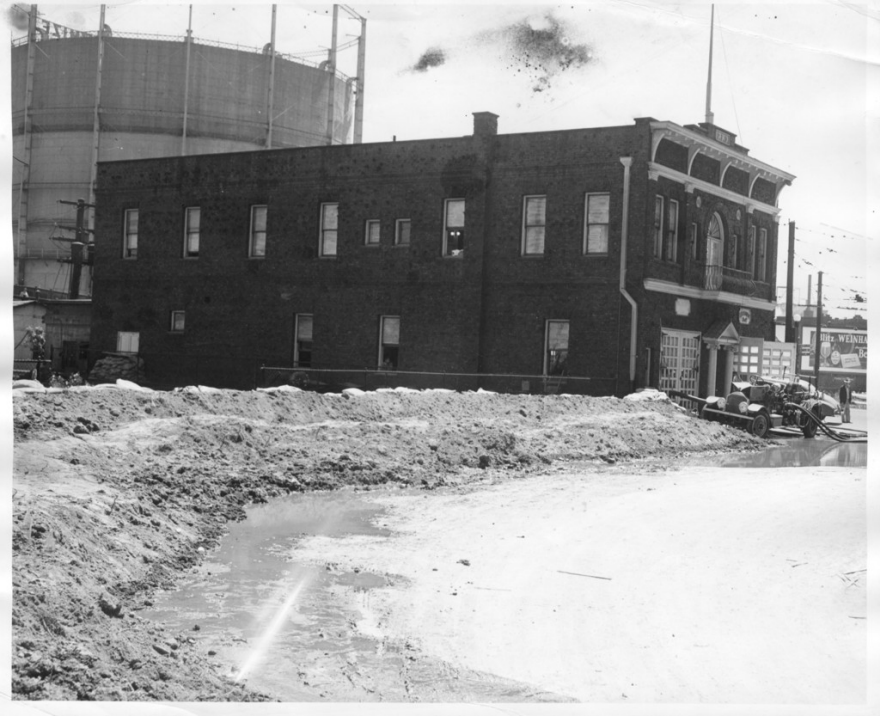 The city of Portland is dotted with small brick buildings that used to be firehouses. If you train your eye to spot them, they become pretty easy to pick out. Most of Portland's firehouses and fire boats were designed by Lee Gray Holden, one of Portland's early fire chiefs. This is quite impressive when you stop to consider Portland's remaining historic firehouses. They are all handsome buildings, well-proportioned, and designed to blend with the buildings around them. An impressive feat of engineering and taste for a man who was a professional fireman, not an architect. 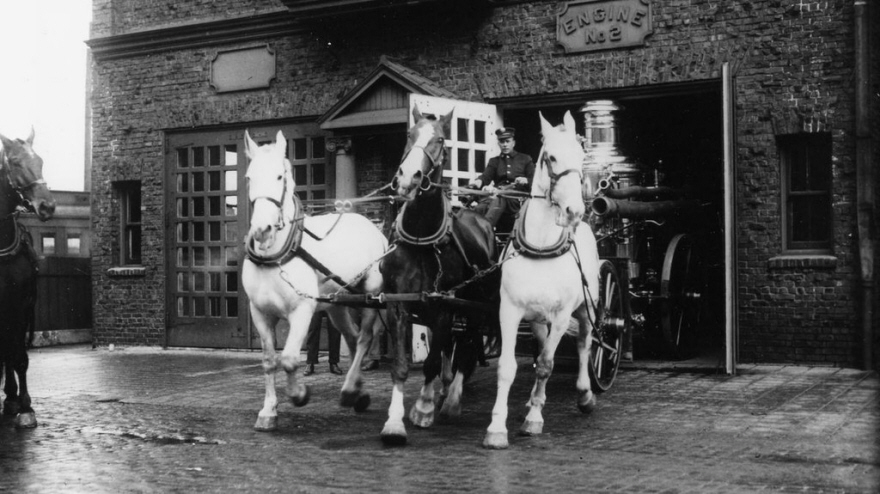 When Firehouse #2 was built, firefighting looked much different than it does today. It was incredibly dangerous and difficult work (not that it isn't dangerous or difficult today). Structure fires were far more common due to a lack of modern fire suppression and prevention technology, primitive, fire-prone wiring in houses, and greater use of open flame in the household. Fire safety equipment was rudimentary with firemen wearing wool suits with shiny buttons. The city began adopting steam driven fire engines around the time Station #2 was built, helping to transition from horse drawn pumps. Even still, the city required many fire houses as the fire engines were slow, making a broad network of neighborhood stations necessary to respond quickly to fires. 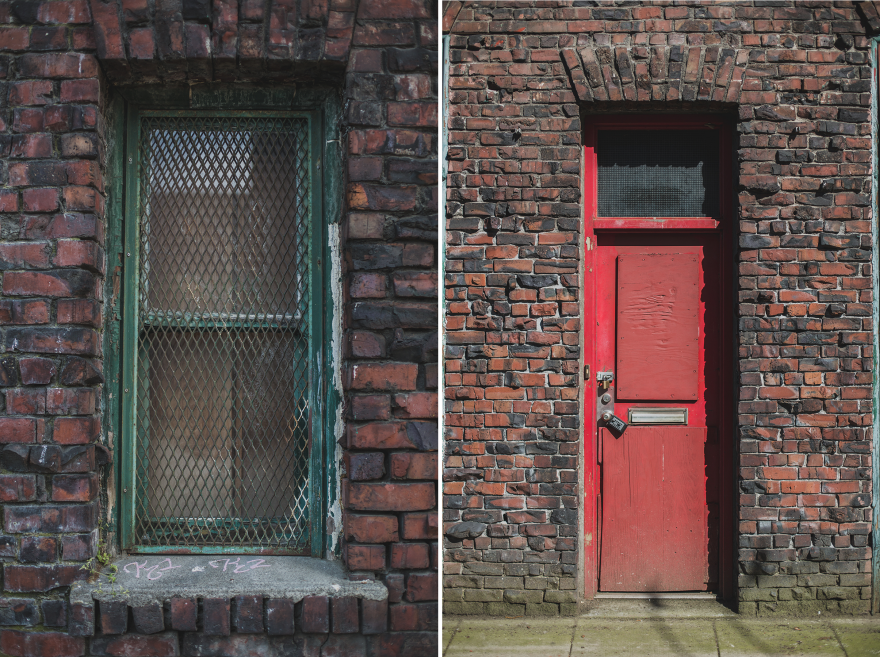 As the Portland Fire Department and the city grew, the old firehouses became obsolete. Judging by fire stations built in the last 60 years, they were just too small. Many of the old buildings found new lives. There are two slightly younger siblings to Station #2 within a few blocks of my house. One is a museum, while another is a pot dispensary. #2 was used as office space up until 2000, at which point it was abandoned. Currently, it's owned by the city of Portland, who is open to sell it to a party willing to restore the building.

Jeff's Thoughts...
As city folk, we're accustomed to death and decay. Not that country folk aren't, or any other sort of folk, but in the city, and especially in a city like Portland, we're a little immunized when it comes to taking notice of our brick and stone neighbors that dust slowly to the sidewalk below. Maybe we fail to see them because our faces are parallel to said sidewalk, maybe it's because for every building that crumbles lightly into itself, we see another brighter, shinier, more sterile one going up, putting the original in it's shadow. 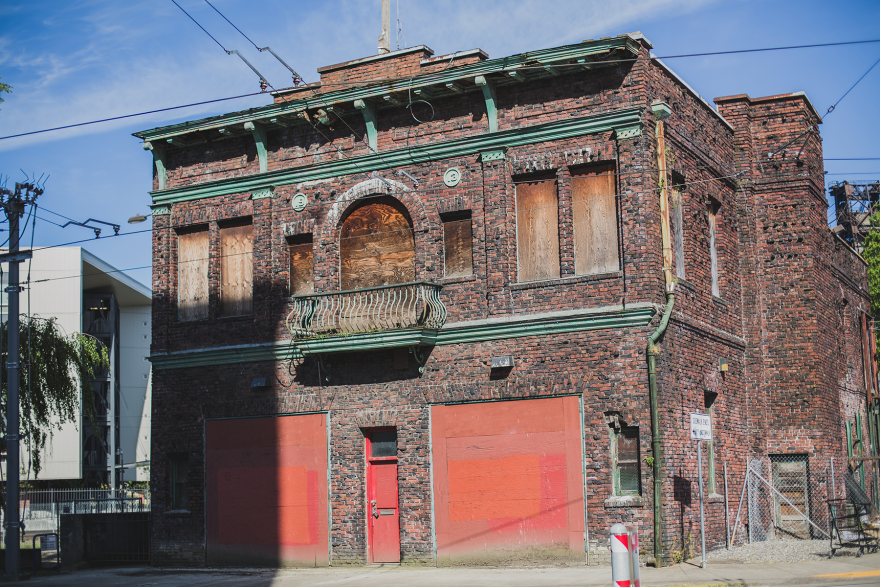 And if we do ever look up at it, give it a passing glance, we certainly fail to see it as living, especially on a hot day when the sun bakes it, dries up the coolness of it's bricks, stones, and leaves the building itself gasping for it's last breath; we certainly have no time for a breathless, blighted building like that. And even if we do stop and think!, we likely fail to consider the hearts that once beat within its walls, and in this week's case, Luke and I were asked to imagine firefighters in their prime, sitting around, drinking, cleaning, waiting for the next grease fire, discussing the prospects of this little town called Portland. 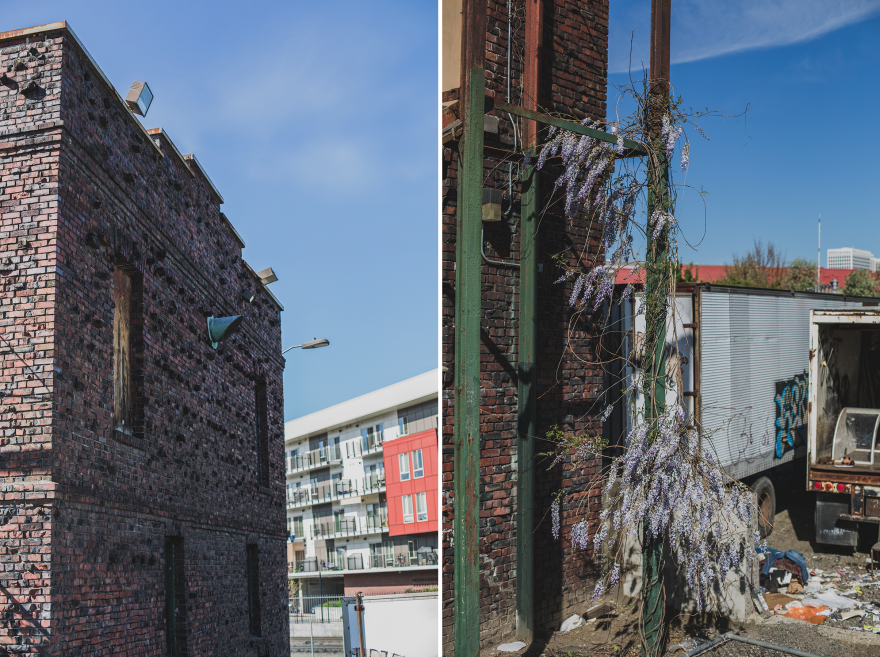 Okay, my bit of drama done, here's what a little pause offers me when looking at this old firehouse. It truly does put the growth of the city in perspective. This city that's busting at the seams once fit comfortably and charmingly into slim-fit, hardly-metropolitan slacks. And it inspires a little bit of misguided nostalgia, a nostalgia I can't put anywhere because I don't know the people that occupied this space back then, but it's a nostalgia inspired by a glisk of the clichéd (but surely honest) "simpler times." It makes me undeniably conscious of the direction of this metropolis, and the direction of those that are yet to be deemed a city, but still maintain "town" status. And now channelling my most Huxley-ian energy: I'm afraid that when our children, and our children's children, walk the streets, faces parallel to the ground, there won't be even a fragmented facade for them to look at if they wanted to, because the idea of the "town" itself is starting it's own slow dusting, self-crumbling, and is falling into the shadows.