One of the few schools exhibiting during Milan Design Week this year is the School of the Art Institute of Chicago, who will be launching whatnot 2016, a collection of objects designed by 15 students from their Architecture, Interior Architecture and Designed Objects department.

The collection celebrates the school's 150th anniversary by drawing on ideas, objects and historical references from it's founding year, 1866. Students explored a  wide-range of topics to inform their design work, including Victorian mourning rituals, imperialism, the invention of plywood and the stapler, Alice in Wonderland, the tales of Hans Christian Anderson and even the mandate of an eight-hour work day. The result is a thoughtful merging of concept, craft and a bit of whimsy. A small warning before you delve into each project: you might fall down the rabbit hole with all the fascinating, esoteric references that follow—like we did. 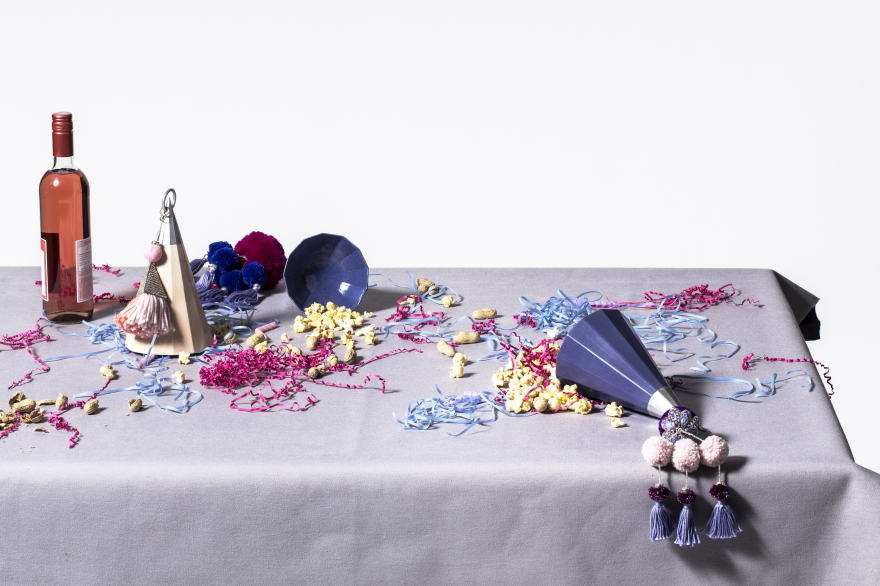 A collection of party serving ware inspired by the nonsensical linguistic games found in Lewis Carroll's Alice's Adventures in Wonderland. 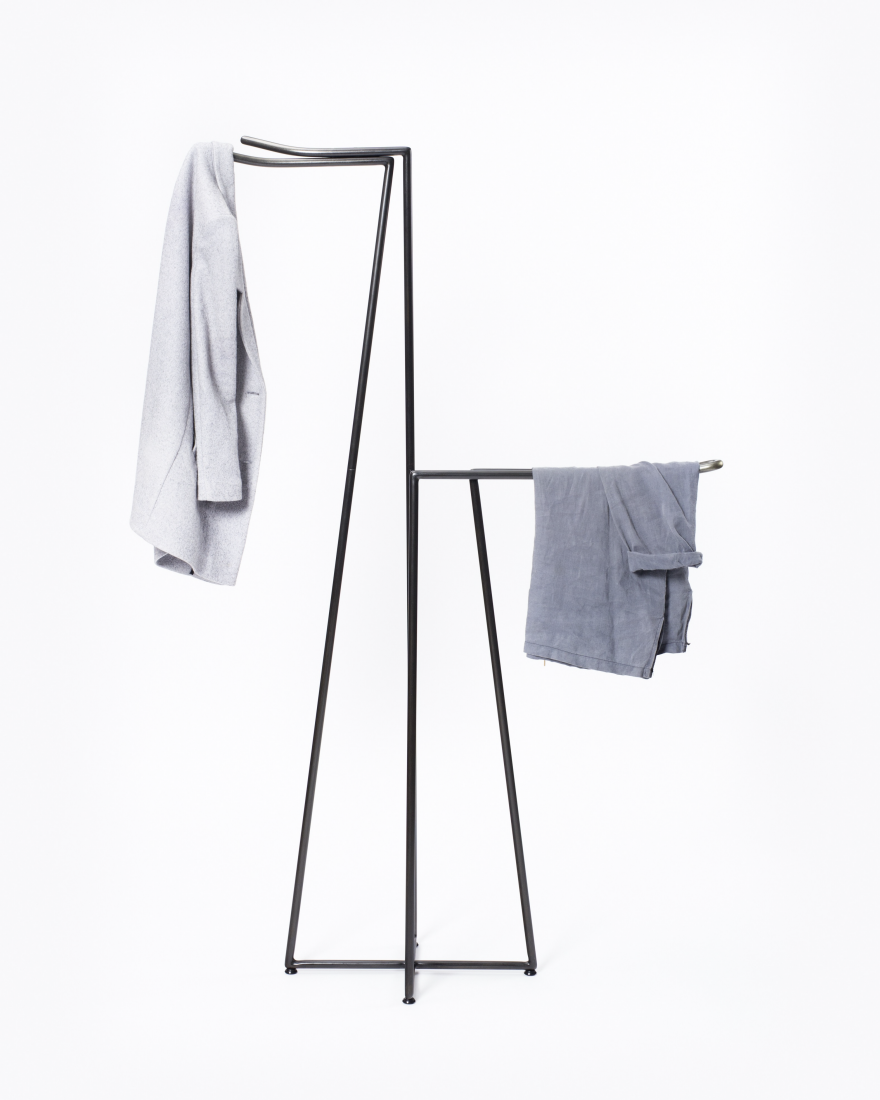 This floor-standing clothes rack claims an unlikely source of inspiration: the coesixtence of the Chinese and British in Hong Kong in 1866, as exemplified by the double-sided coin that was in use that year. Similarly, the clothes rack integrates the different ways each culture hangs their clothes.

A Dash by Charmaine Da Costa 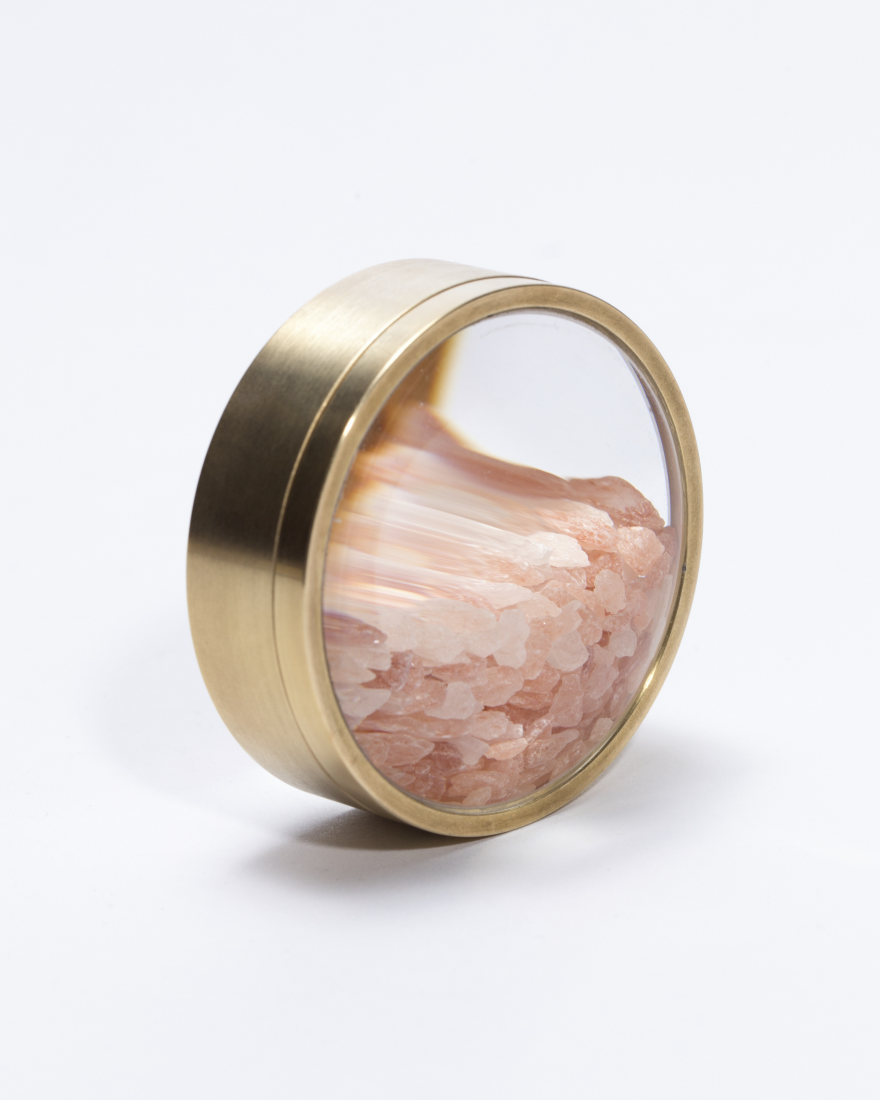 A condiment container inspired by the act of giving in Hans Christian Andersen's The Porter's Son, the top is a lense that brings into focus the taste of the receiver. 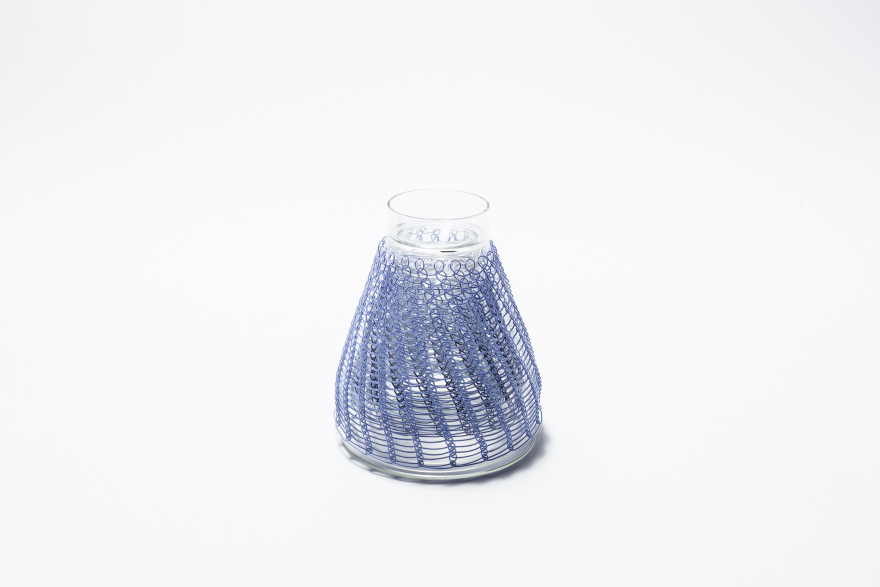 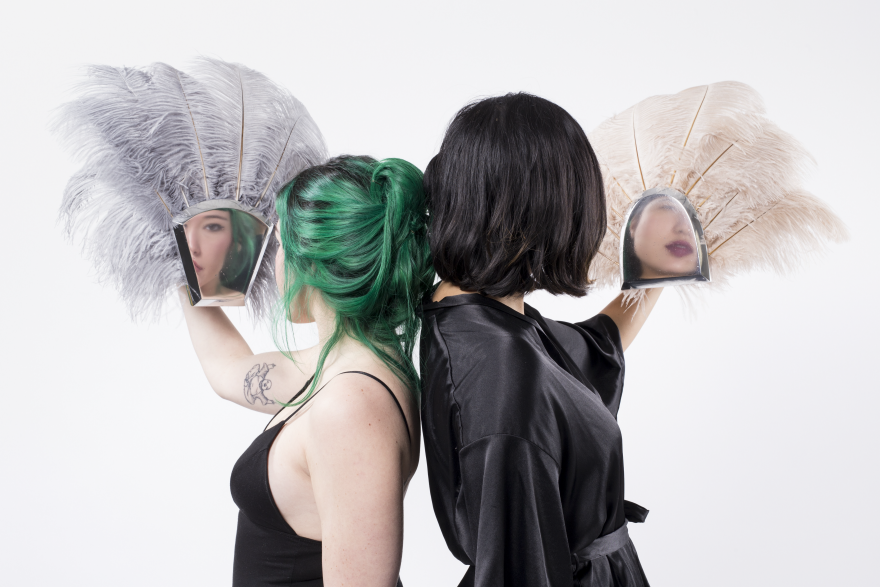 A feathered mirror inspired by the risky but empowering lifestyle of prostitutes in the 19th century. 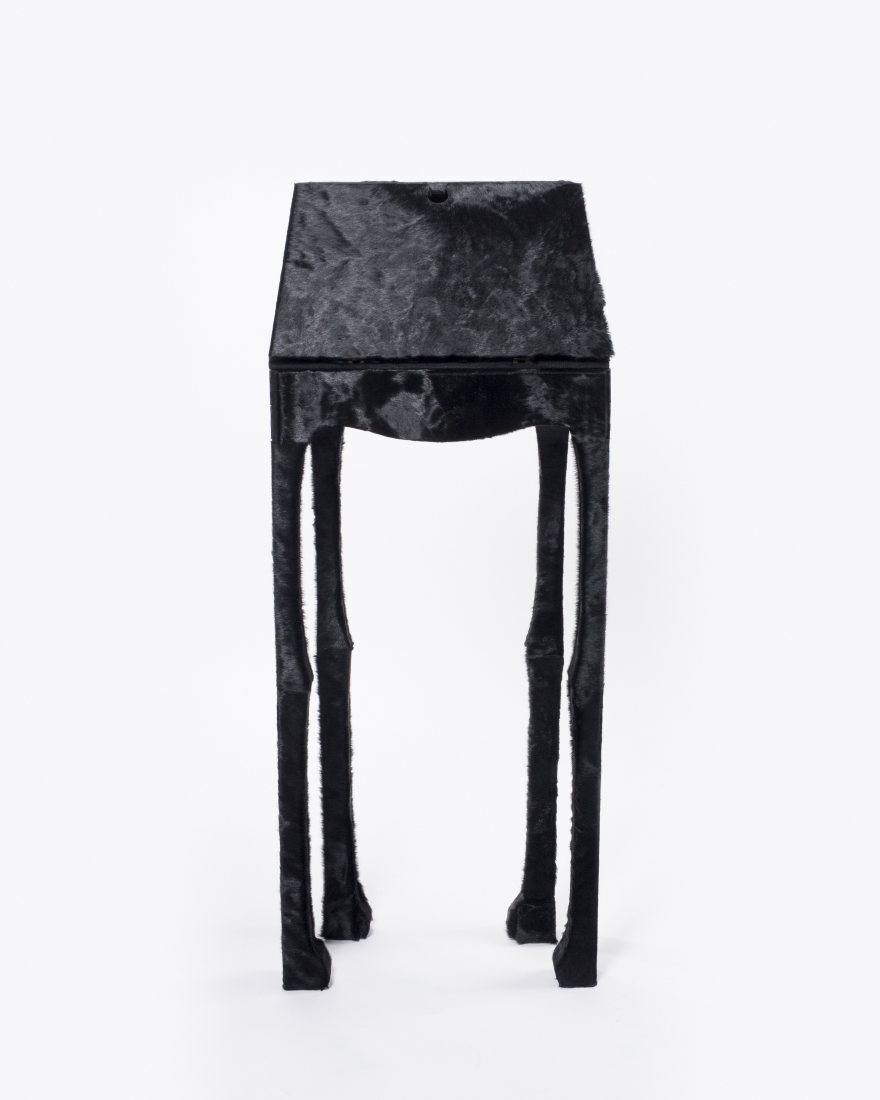 A standing desk upholstered in cowhide and inspired by the evolution of the soft-to-hard tissue rations of stick insects in Ernst Haeckel's Generelle Morphologie der Organismen. 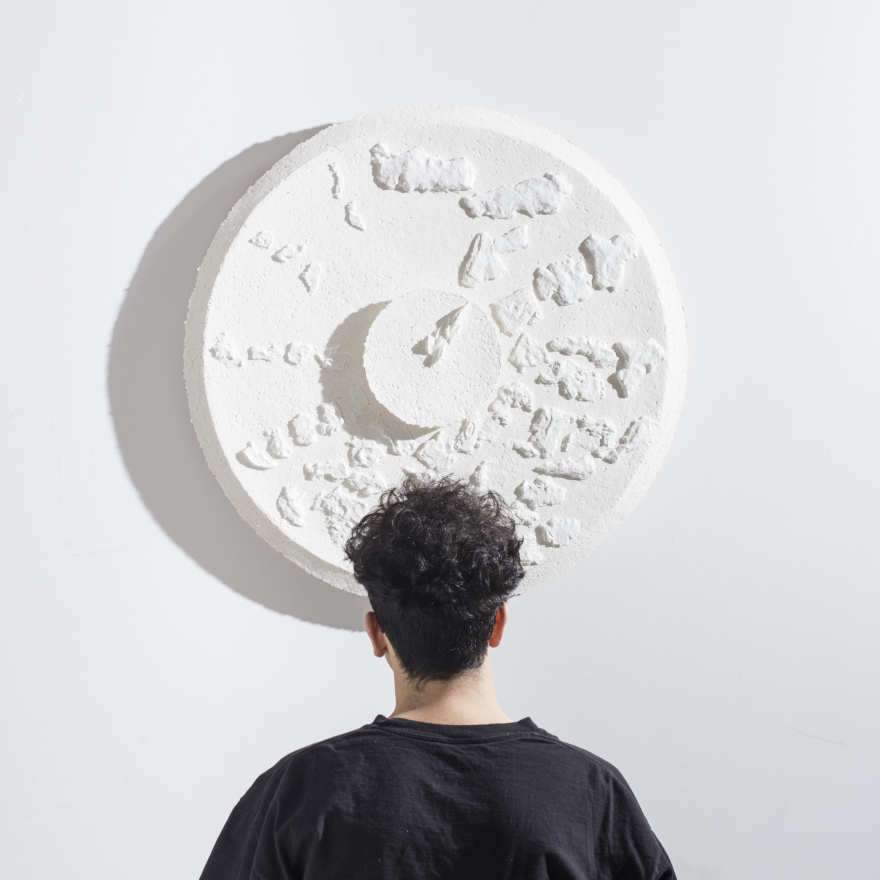 This large paper clock captures the constant migration of refugees through the slow movements of its minute hand. 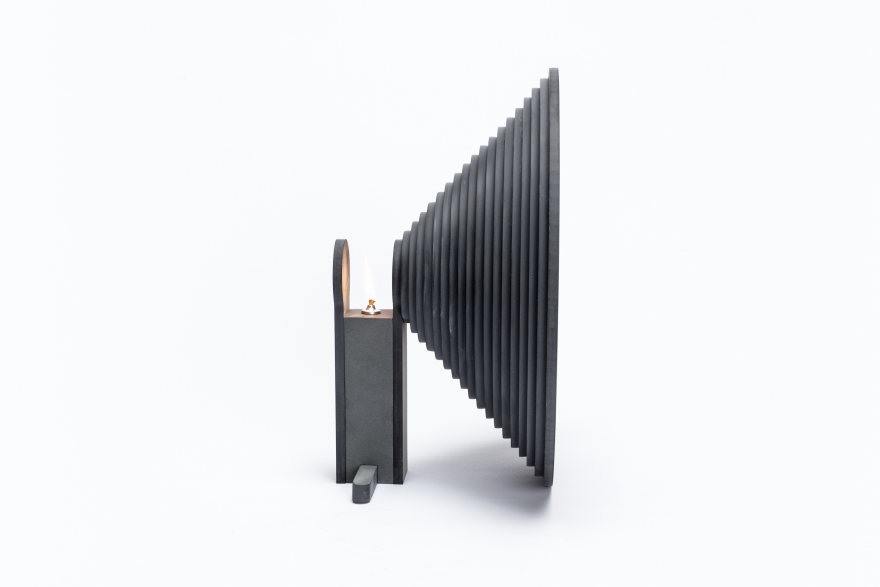 Inspired by the transformative experience of hypnosis, this oil lamps is designed to fixate one's gaze on the flickering flame. 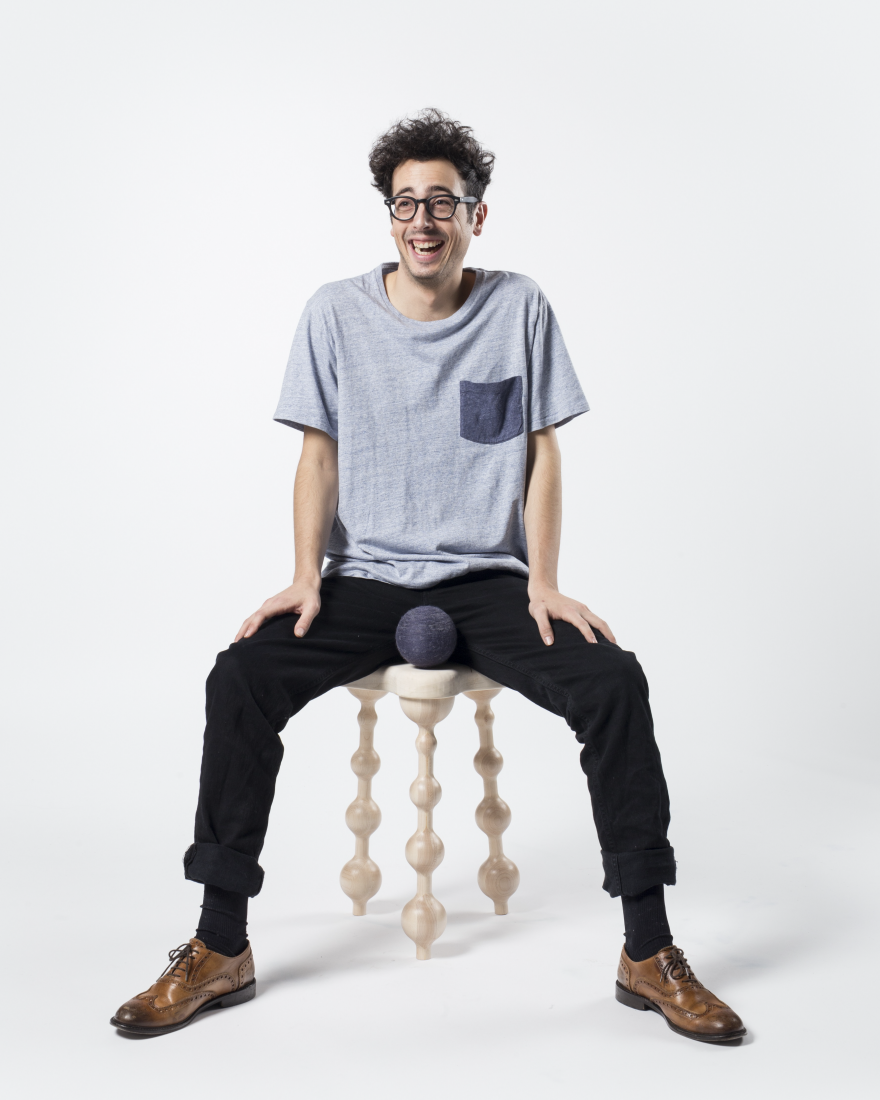 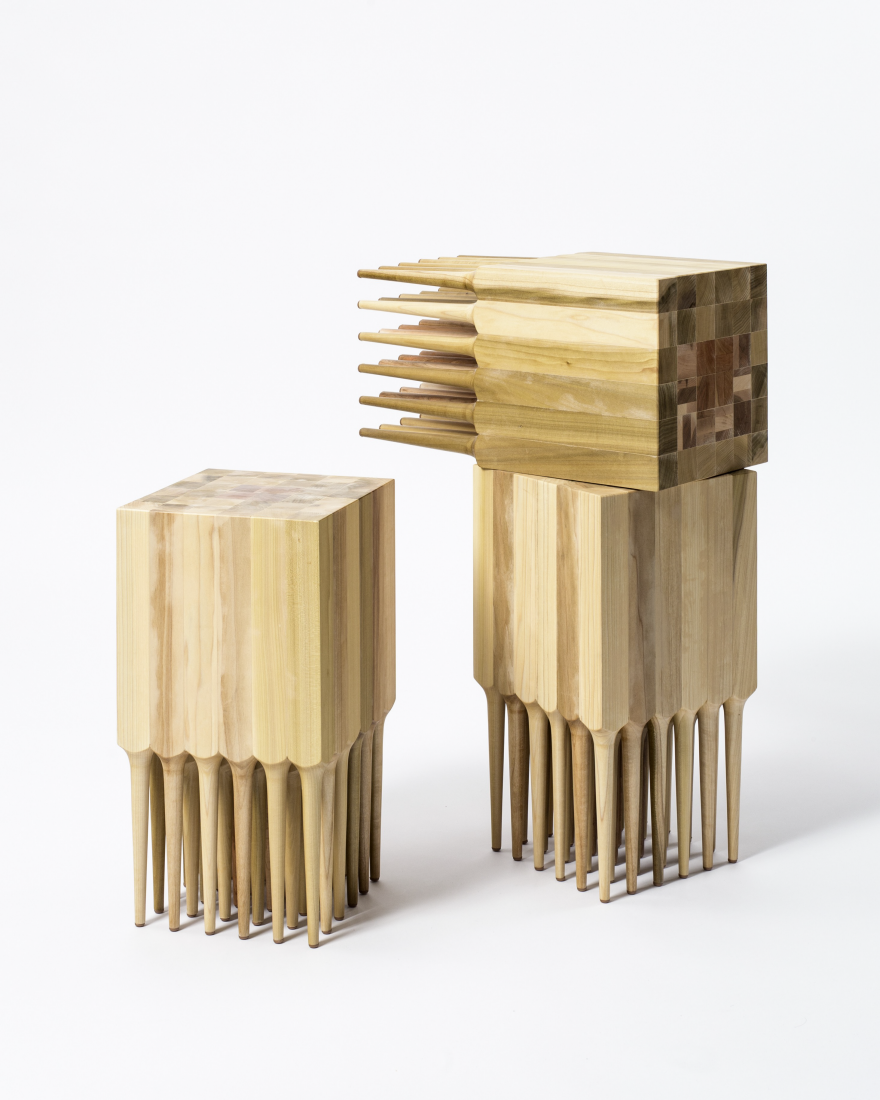 This small stool is formed by an array of turned architectural wooden legs, which symbolize the collective efforts that were needed to raise the Briggs Hotel in downtown Chicago after an epidemic in 1866. 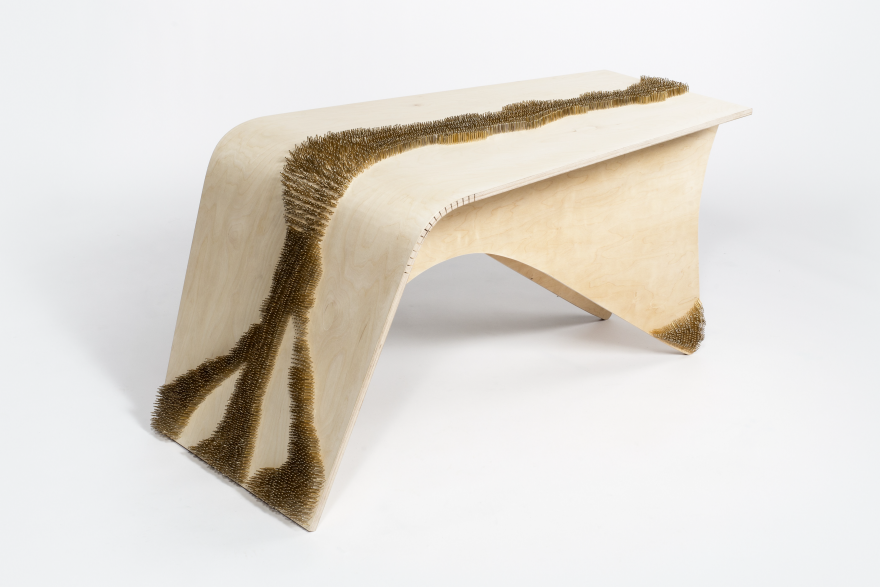 Made out of stapled plywood (staples and plywood were commercialized in 1866), this table is inspired by Mendel's Law, in which functional elements mutate into decorative abnormalities. 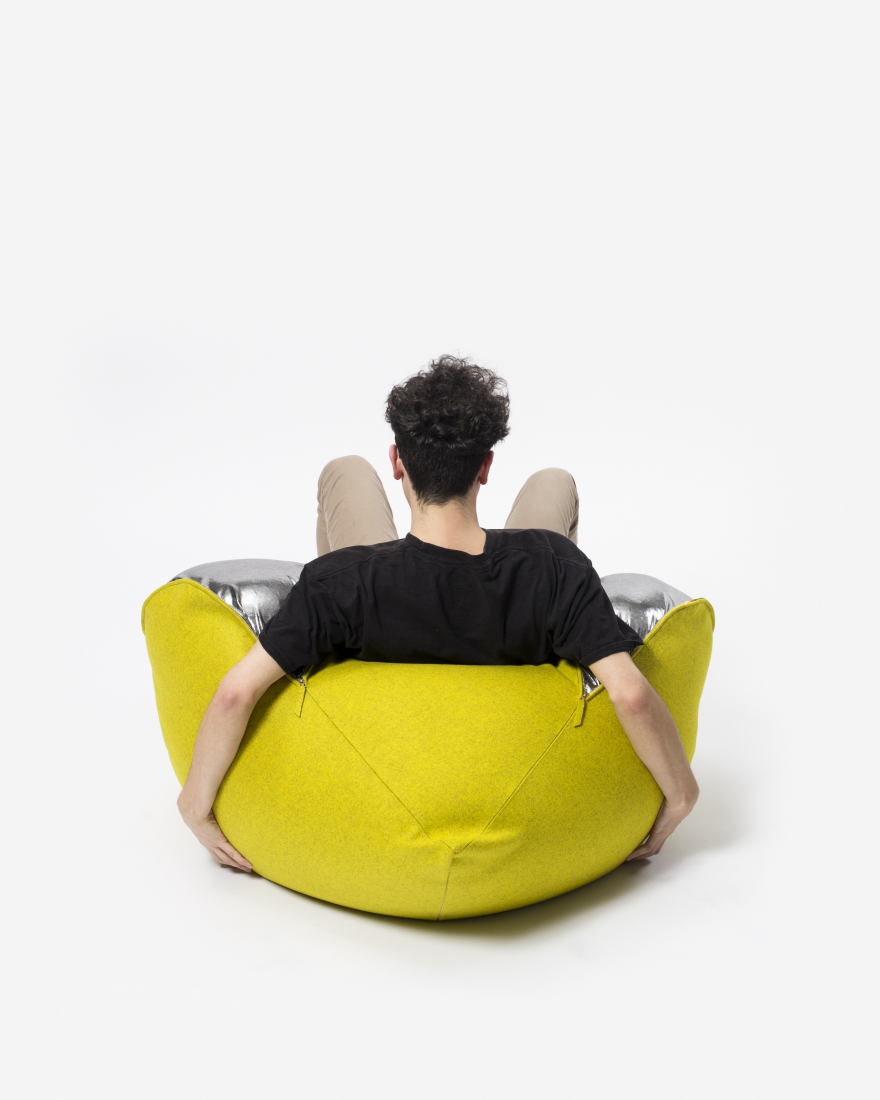 An expandable bean bag derived from the garment pattern grading system developed by Ebenezer Butterick in 1866. 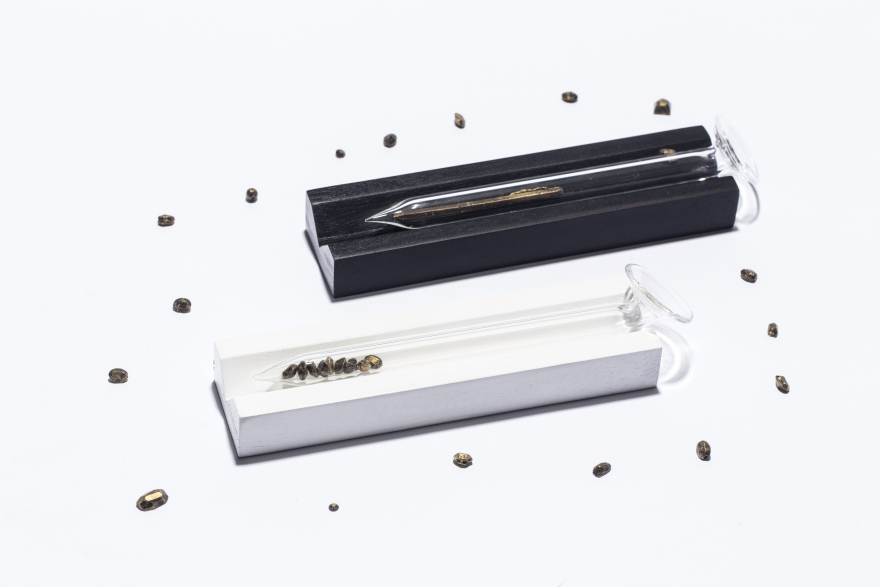 This glass stylus draw on the elaborate mourning ceremonies of the Victorian era. Designed for the act of writing letters to lost loved ones, it catches tears to moisten the ink inside.

Wear and Tear by Valerie Lopez 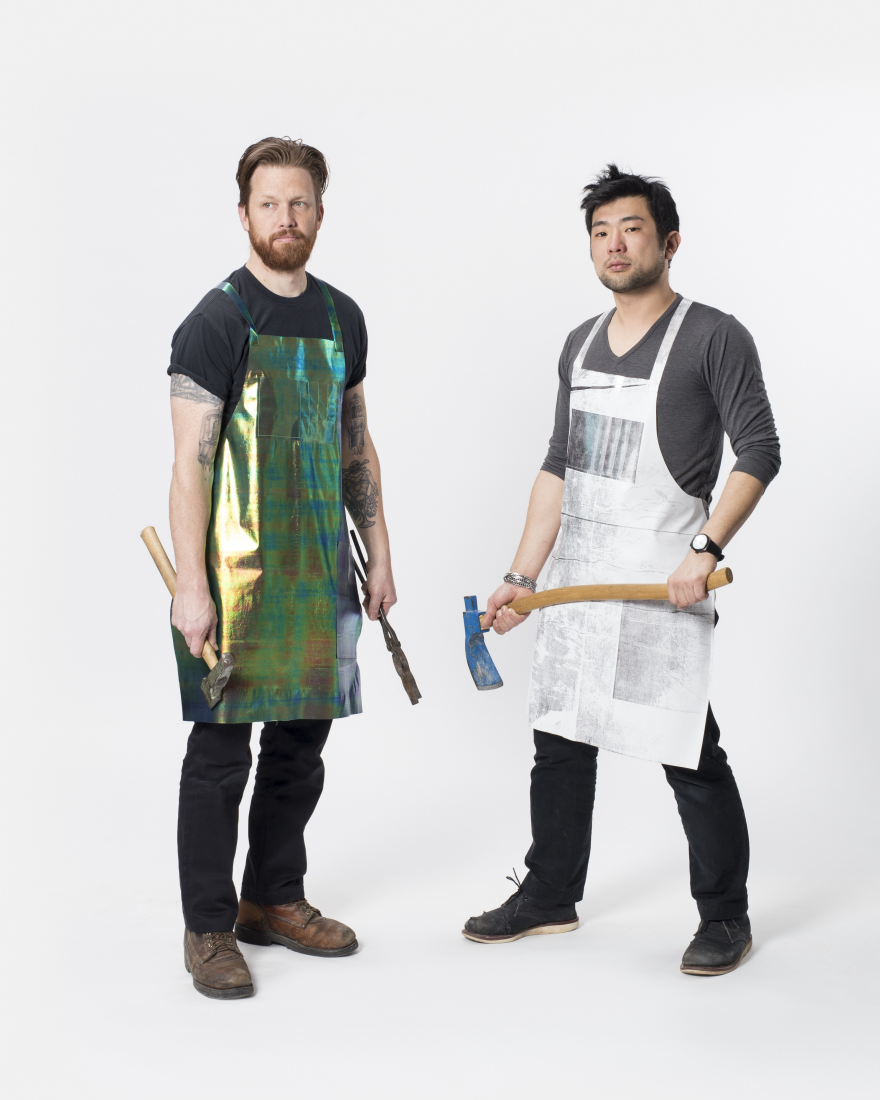 Aprons made from hand-foiled and silk-screened holographic vinyl, inspired by the utilitarian vernacular of uniforms in 1866. 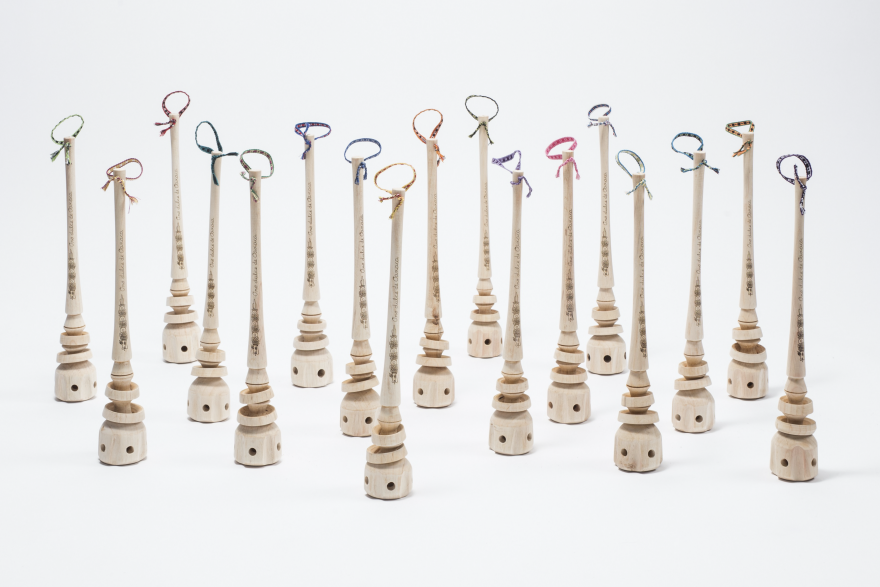 A traditional Mexican hot chocolate frothing tool inspired by Maximiliana and Carlota, who were 19th-century governors of Milan and later became Mexican emperors.