Packaging Made from Seaweed Wins the Lexus Design Awards

We speak with Alice Rawsthorn, Max Lamb, and the team behind the winning project about this year's competition

The Lexus Design Awards, which began four years ago, puts forth a noble and valuable effort to search for valid ideas worth nurturing. Teaming up young designers with successful and thoughtful designer mentors, the projects chosen for the awards are given careful consideration and encouragement so those with great ideas have a true chance to see their visions through. The awards have always attracted fantastic projects, but according to judge and design critic Alice Rawsthorn, this year was a little different: "In past years we would see some fantastic projects, which were perhaps designing a more sustainable version of an existing typology of product; this year, some of the proposals went way beyond that." 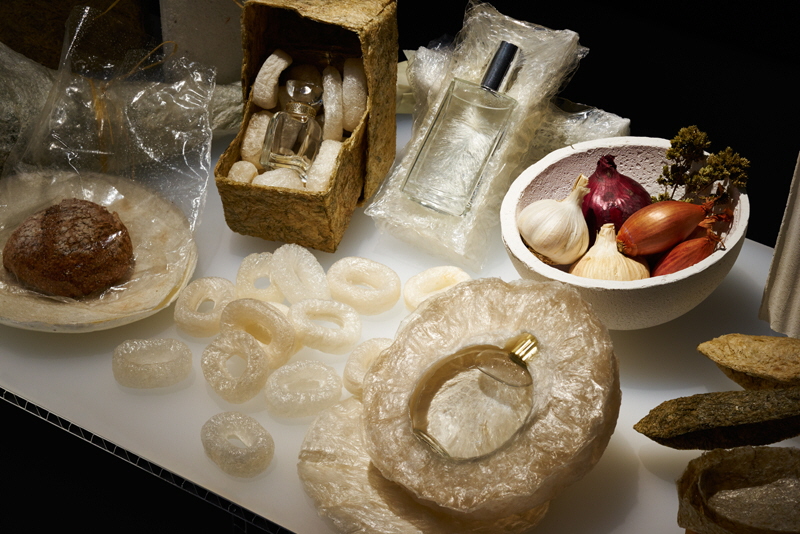 The grand prize winner of the design awards were announced this Monday during Milan Design Week: AMAM, a team of three designers who met in Tokyo at Tama University of the Arts, didn't want to just come up with a product, they wanted to find an adaptable material solution to the larger problem of disposable packaging waste. They became inspired by agar, a jelly-like substance deriving from seaweed that's available in supermarkets across the world. "The material can be crispy, soft, porous—and these properties naturally guided us to apply it to these kinds of packaging products," says Team AMAM. So with the help of their highly material-driven design mentor Max Lamb, they started testing and questioning the endless structural properties and capabilities of this agar material as well as its by-product, agar fiber. By freezing pure agar powder, they were able to create a substance practically indistinguishable to clear, crisp plastic. When they mixed the agar powder with the fiber by-product they were also able to create a more structured, organic looking and paper-like packaging material. 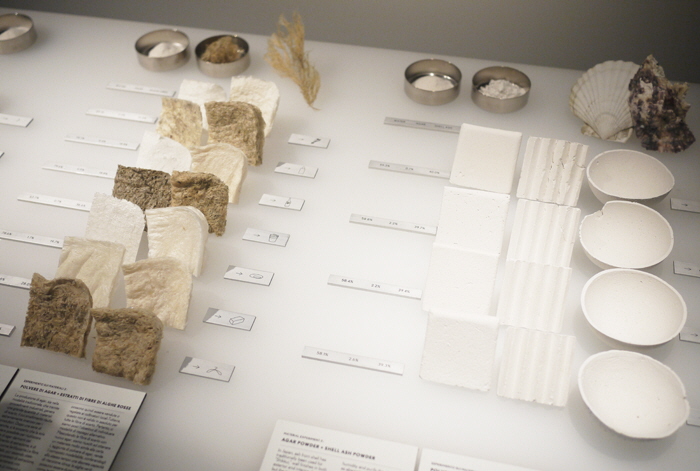 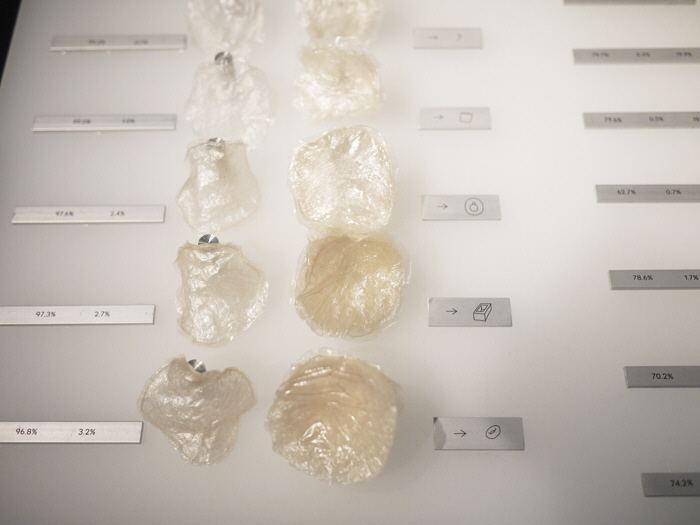 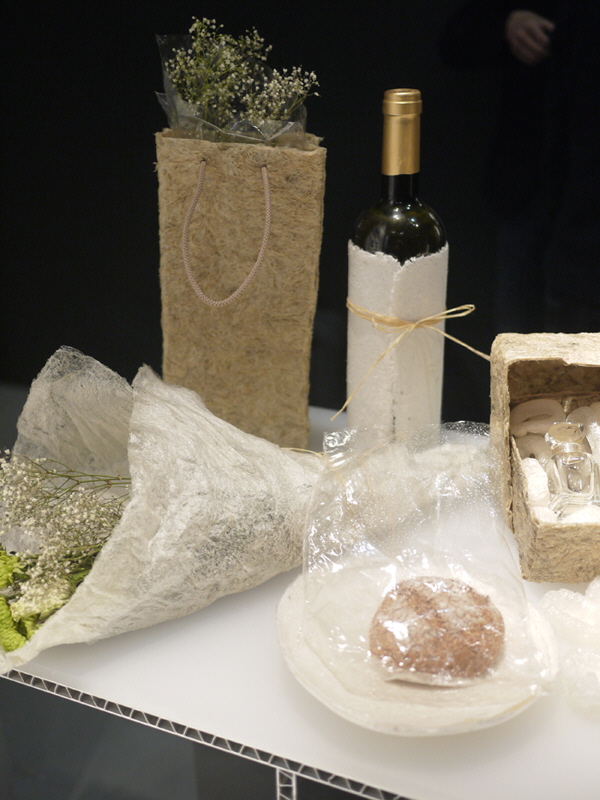 Some of AMAM's final prototypes, all made using agar

"There's a big problem in [creating] objects that don't last that should last, or objects that don't last that are made of materials that last forever, and I think [AMAM] has literally just scratched the surface of what this material could do," says Lamb. And plastics, one of the worst culprits of this, are exactly what a project like this is hoping to tackle. It is a fascinating concept, beautiful in its simplicity, that realizes the overall potential for designers to not only create beautiful objects, but also design systems and solutions that could be effectively adaptable to many different applications.

A project like AMAM wholeheartedly reflects the sentiment of young designers, which is perhaps precisely why the team ended up finding their way to the design awards grand prize. As Rawsthorn told Core77, "it's been really heartening to see the scale of ambition that designers are wrestling with now…they've become much more focused on social, political, environmental and humanitarian issues. And also far bolder in the way they engage with them."

The Design Awards resulted in three other prototype projects worth sharing:

TRACE: a clock that visualizes times through color 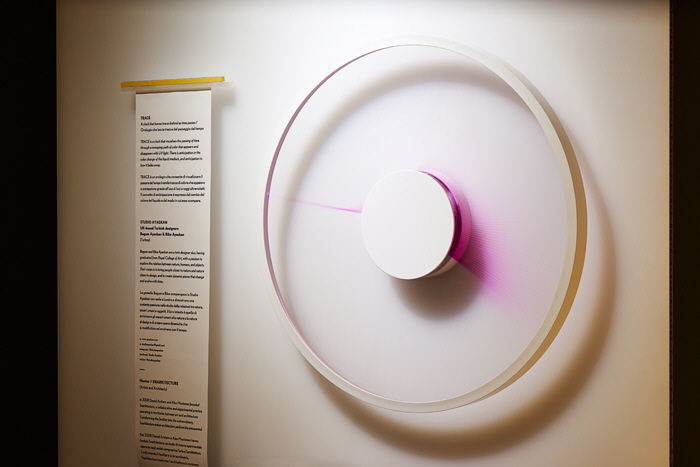 Developed by sister team Begum and Bike Ayaskan and mentored by the Snarkitecture team, this clock utilizes the same liquid used in photochromic "transition" lenses to create a beautiful flowing visualization of time.

DADA: a toy that is only limited by your imagination 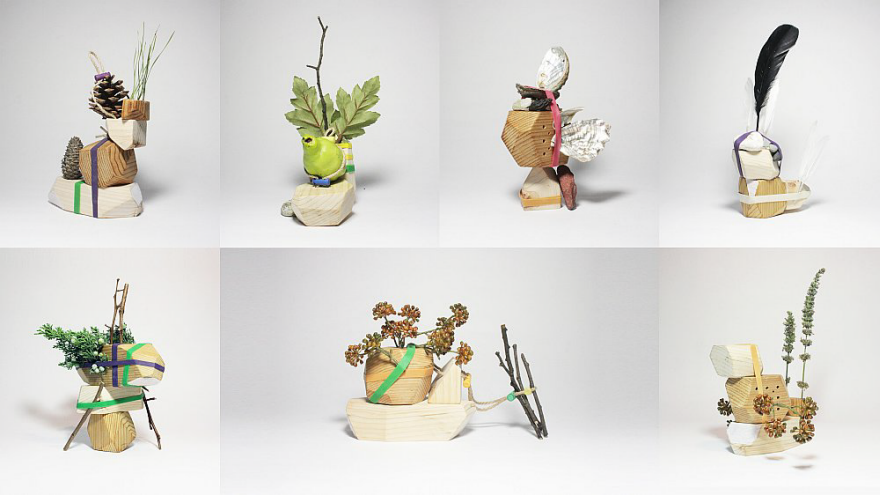 Myungsik Jang, mentored by architecture and design duo Neri & Hu, is a wonderfully poetic project—by designing a wooden block toy with various accessories and pegs that can be used to combined blocks or even attach elements from nature, the toy is used to stimulate the child's imagination to the fullest extent. 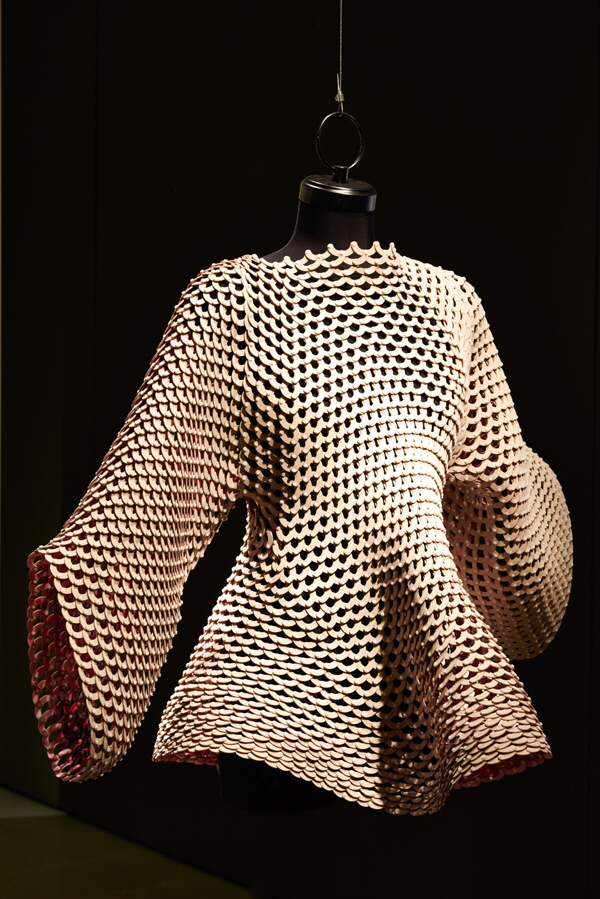 This project developed by Angelene Laura Fenuta and mentored by Elena Manferdini was a project developed as her MA Thesis in Material Futures at Central Saint Martins. It incorporates a hinge-like modular system that allows the wearer to create an endless amount of outfits simply by rearranging the pieces in different ways.

Packaging Made from Seaweed Wins the Lexus Design Awards