Our favorite projects from the last day of Milan Design Week

Each day our editors will roundup our favorite sights and projects from Salone Milan Design Week. Today we look at highlights from some satellite shows in Brera, San Gregorio and Largo Isarco. 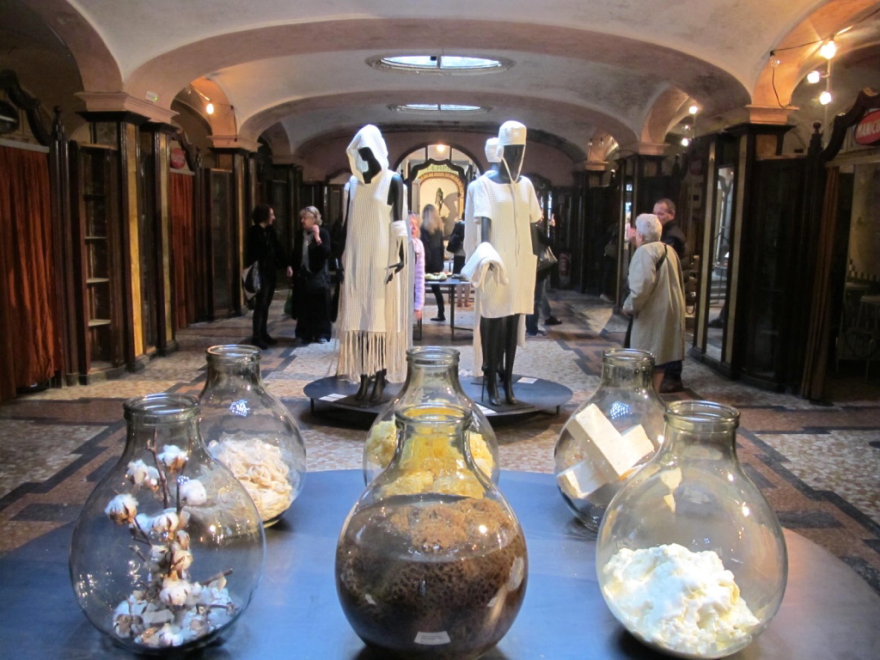 The students of Creative Academy, the design school of the luxury goods group Richemont (their portfolio includes Cartier, Van Cleef & Arpels, Piaget and Montblanc), presented a capsule collection based on wellness in the stunning setting of the Albergo Diurno-designed bathhouse located at the subway entrance of Piazza Oberdan. Working in collaboration with Italian artisans working in textiles, natural sponges and soap, the students designed an impressive array of spa ready goods including olive wood soap dispensers, horn-handled sea sponge shaving brushes and waffle weave cotton bath robes fit for the runway.

The Nature of Motion 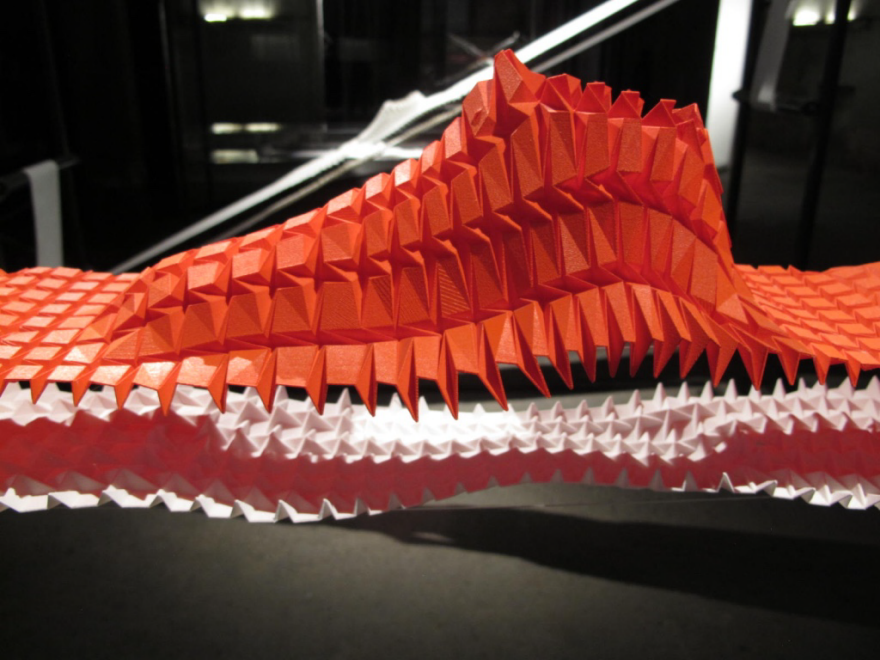 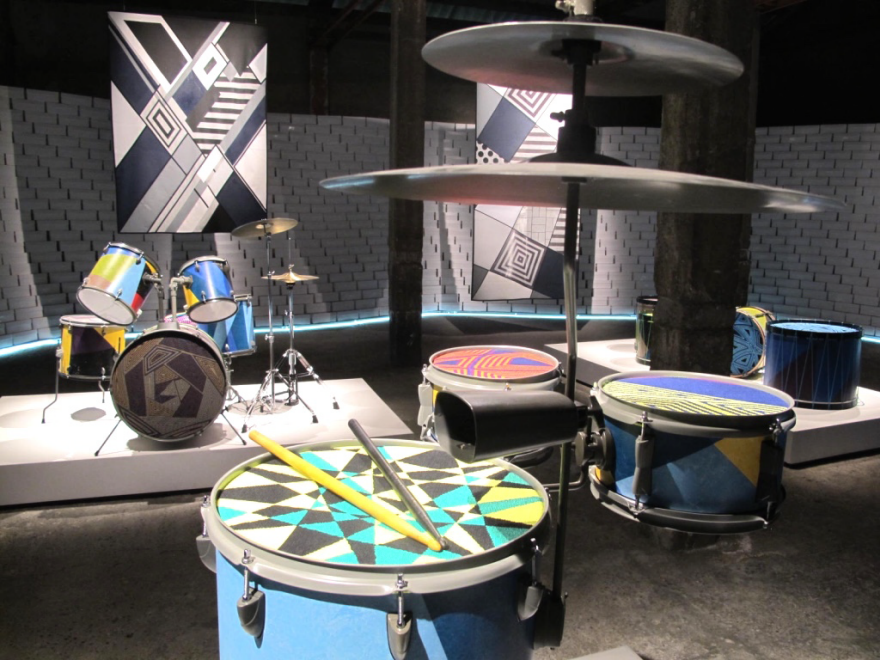 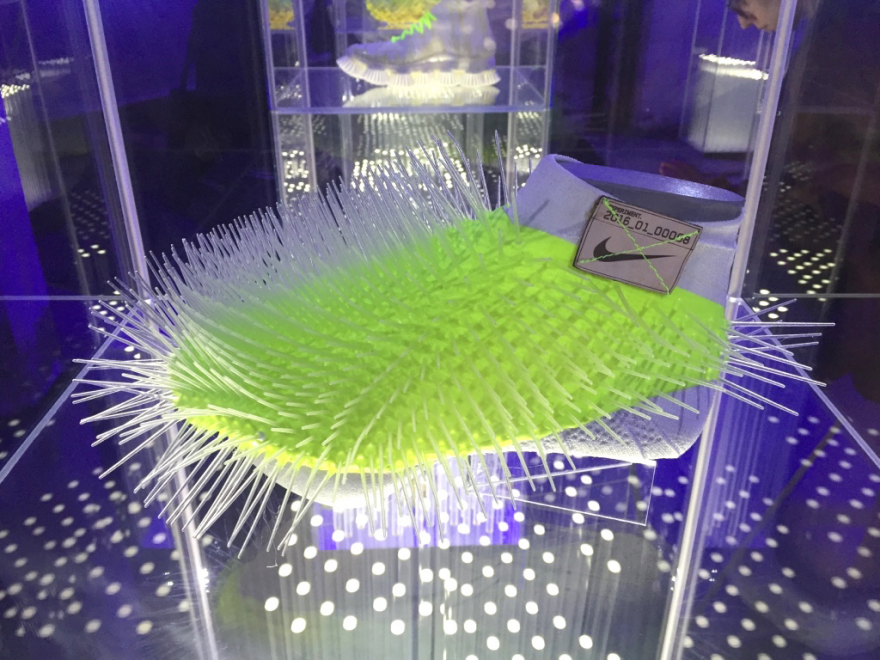 Nike's incredible installation celebrating the evolution of the Nike running shoe—from their technical and material innovations behind the flyknit to the origami-inspired soles debuting on the new Nike Free, Nature was an experiential exhibition in two parts. Housed in a warehouse space down the street from Fondazione Prada, the first space included seven projects that were inspired by the theme, "The Nature of Motion." Lindsey Adelman, Zaven, Martino Gamper, Greg Lynn, Bertjan Pot and Clara von Zweigbergk & Shane Schneck each interpreted the themes creating design objects that played with ideas of balance, human resilience and sound.

The second half of the exhibition invited Nike's in-house designers to showcase how material inspiration can come from anywhere. At the intersection of craft and digital manufacturing, the design team at Nike imagined a future where materials could be reused and readapted through an installation where footwear emerged from rolls of paper, etched and gathered using origami techniques and 3D printing.

The Nature of Motion, via Orobia 15 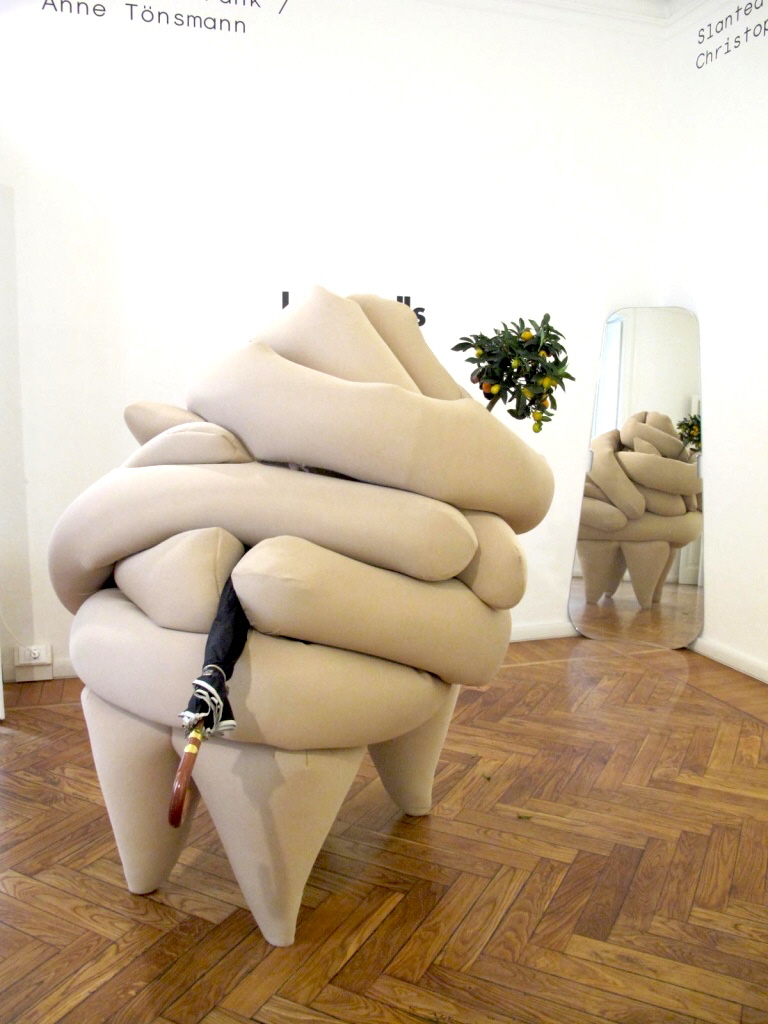 Students from German design school HfG Karlsruhe present kkaarrllss, their 7th edition of limited-edition objects and prototypes from the product design program. Above, Anne Tonsmann's Fat Cabinet was inspired by the Finnish photographer Iiu Susiraja's self-portraits where she poses with various objects attached to or wedged between parts of her body. The "cabinet" stores objects between the soft fleshy foam folds on a steel frame. 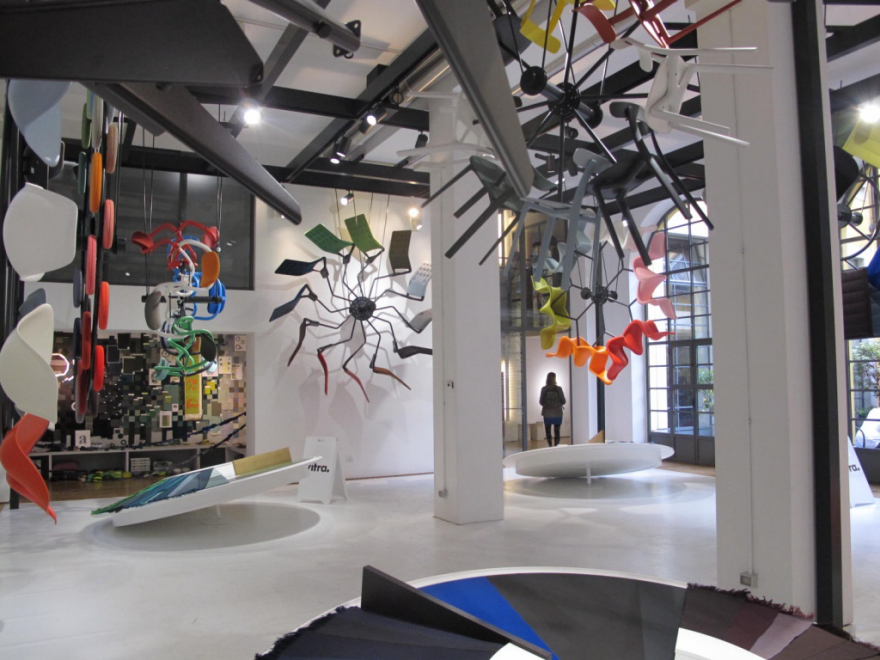 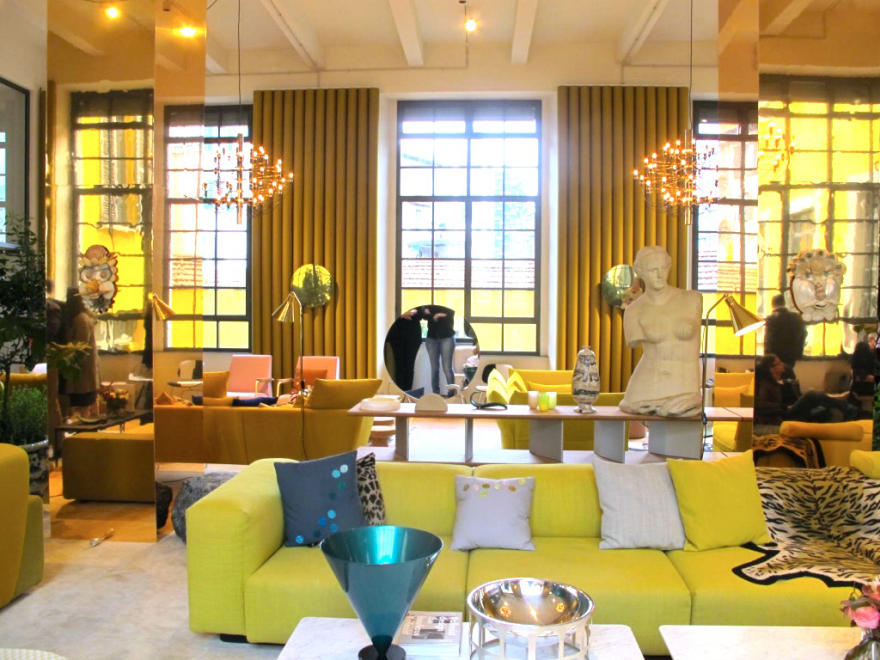 A decade ago, Vitra began collaborating with Dutch designer Hella Jongerius and what began as an exploration of color evolved into a rich Colour and Material Library that leverages Vitra's textile colection. At Casa Vitra, the vibrant rainbow was on full display—visitors could experience the inspiration and development of the library with color wheels executed on a grand scale using Vitra's iconic collection of seating, get their nails done in Virta colors at the polish bar, or experience domestic vignettes ranging from living rooms to garden seating. 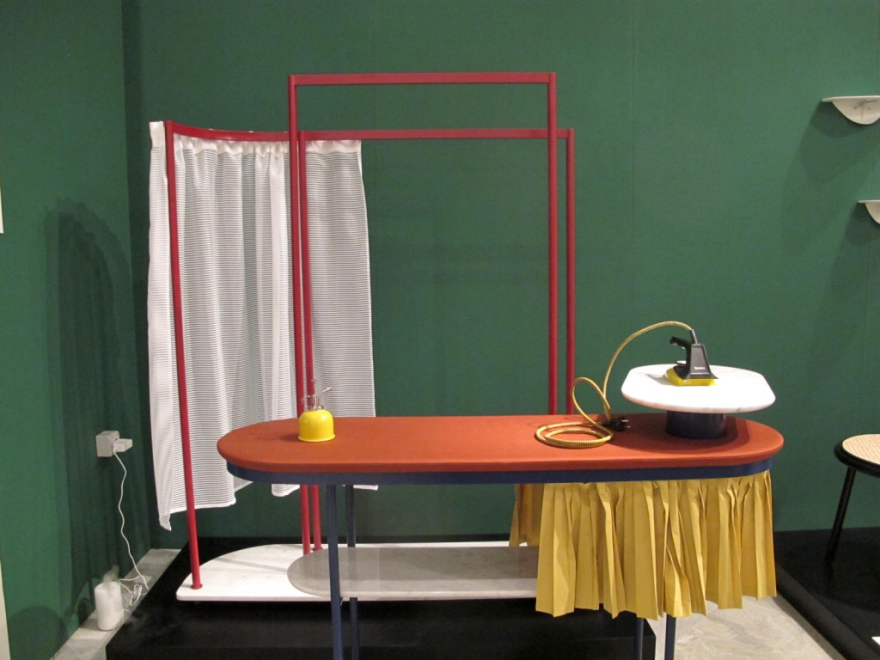 The Spectacle of Hay 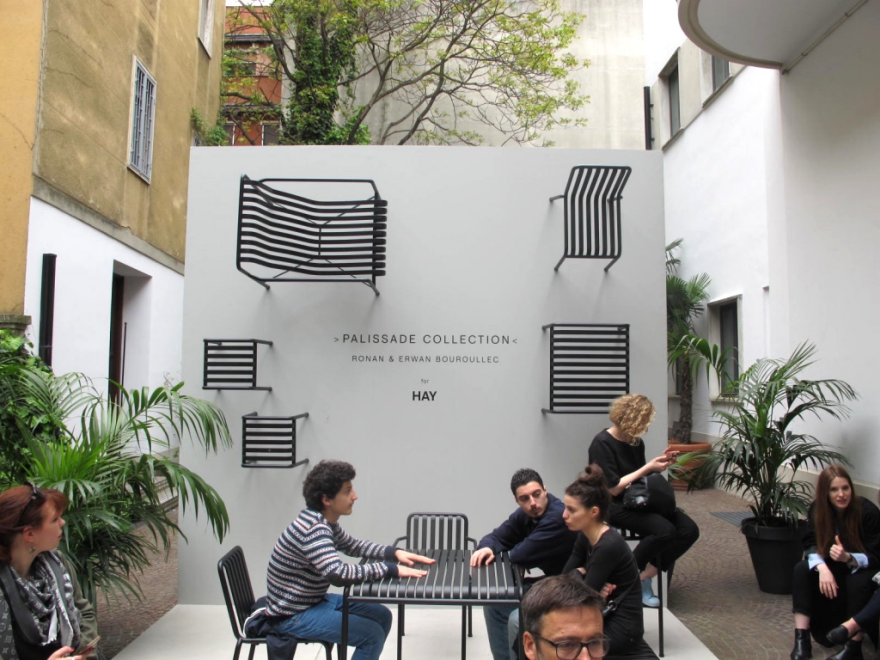 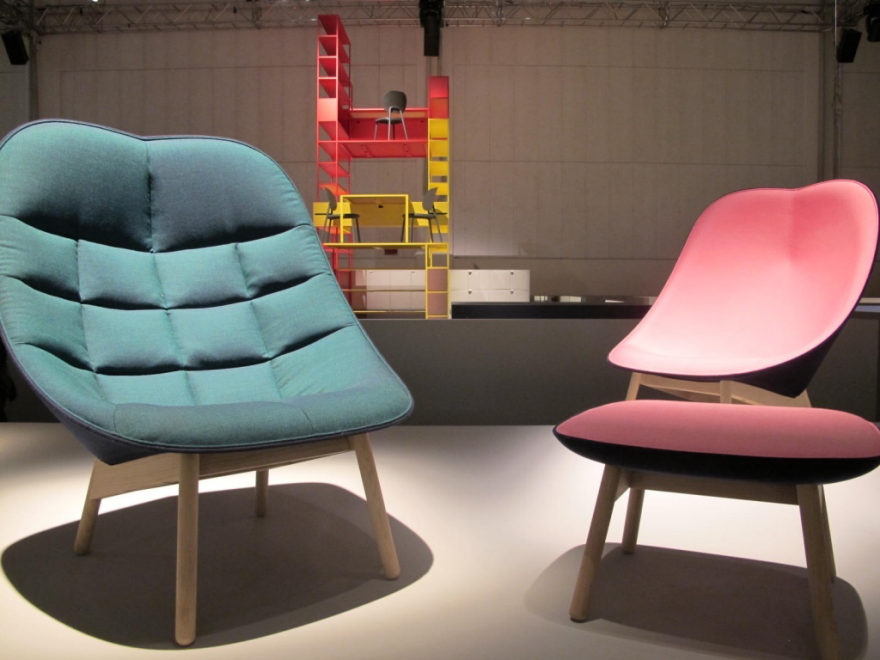 Hosted at La Pelota, a former Milanese ball court in the middle of Brera, the Hay presentation was definitely a spectacle of sorts. On plinths, the Danish brand displayed new furniture from Doshi Levien (above), Stefan Diaz and Sebastian Wrong. In the sunken court, a maze of vignettes showcased Hay's full range of homewares ranging from stationary and writing implements to tableware, vases and clocks. Ronan & Erwan Bouroullec debuted their Palissade Collection of outdoor furniture in the courtyard of La Pelota. 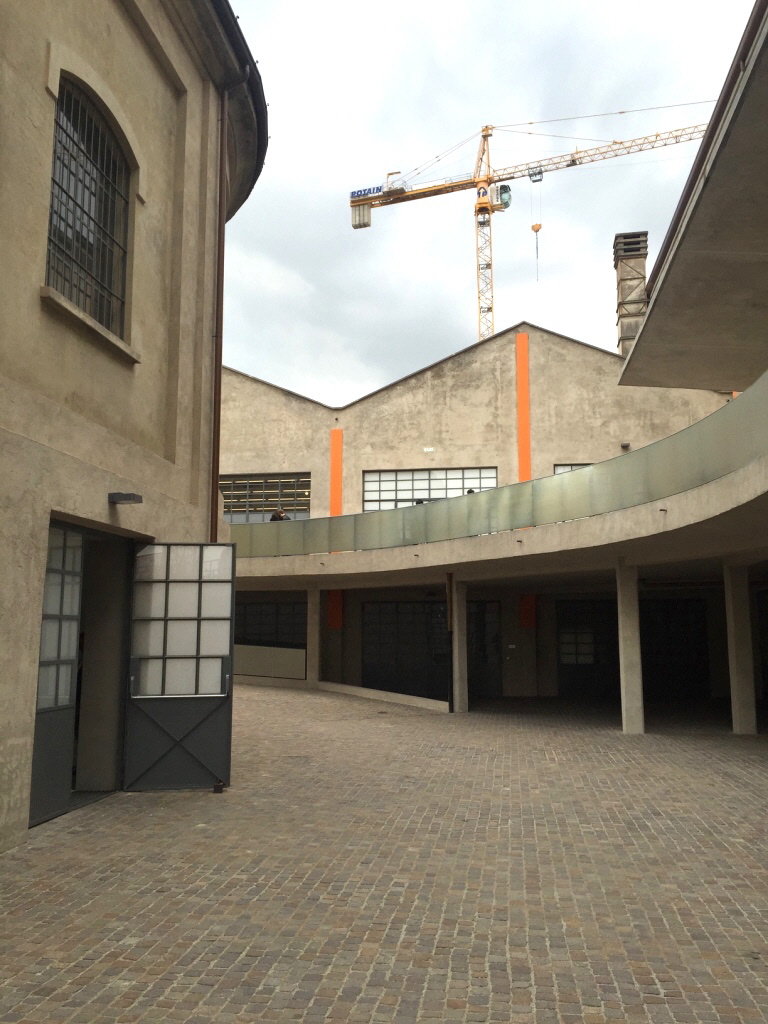 And what better way to end a week in Milan than a pilgrimmage to Fondazione Prada and the house that Rem built. The Swiss architect transformed the stark silhouettes of this former distillery on the outskirts of Milan into a temple of geometry, stillness and architectural wonder. The final piece of the art center is still under construction—a multi-story white box to house the permanent collection—but the mystery of the construction just adds to the beauty of the space.