The Making of Reutpala Trophy for the World Retail Congress

Last week, the World Retail Congress brought together leading industry figures for the annual conference and awards program. On this occasion, we're taking a moment to remember an interesting design that was a centerpiece of last year's event—the REUTPALA trophy designed by Gregory Polletta and his team at iGNITIATE.

The trophy was given to each of last year's award recipients, including lifetime achievement winner, Alberto Alessi. The design—which prominently features WRC's branded logo—involved an intense manufacturing process. The team worked for almost a year with more than 10 international partners and manufacturers experimenting with different materials and the latest in 3D-printing technologies. 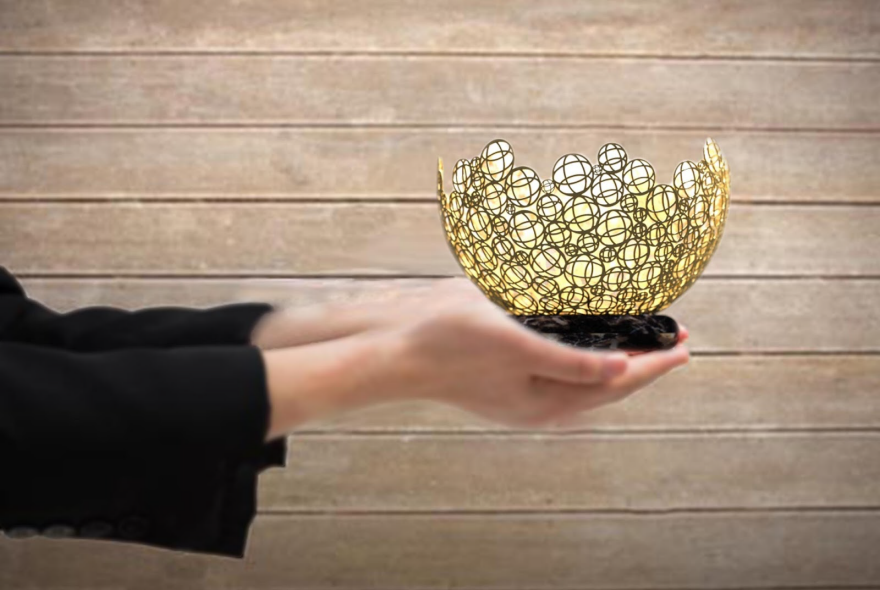 The process of working with different R&D labs in Paris and London impacted the final design of REUTPALA because the iGNITIATE team had to constantly experiment with many different algorithms and many, many prototypes. In fact, their own 3D-printers got damaged during the process of prototyping REUTPALA. Along the way, the team had to make strategic material decisions—starting with PLA, then moving to ABS and clear resin to be electroplated. Finally, they found and settled on printing 3D printing metal with nickel alloy and cobalt chrome. It wasn't until they started using the .45micron stainless steel that things really started to
gel in terms of being able to produce REUTPALA in a way dense enough to
create a beautiful finish and with a clean feeling. Ultimately, it is all about how
it feels in your hands and how the light reflects through it.

The video compilation below shows the process, from the initial design concept through the various material tests:

Created in in 2005, this year iGNITIATE is again running their design thinking, new product development and leadership program, The iGNITE Convergence Program after a successful recent implementation with the Vice Admiral of the US Navy and 30 members of his team. The program has also been implemented with an international $5B US firm and at several other global multinational corporations, international universities and family offices.

The Making of Reutpala Trophy for the World Retail Congress