From NASA to the Nailbot

The issue of females being underrepresented in STEM fields isn't an easy one to unpack. The dismal statistics can also place an undue burden on the minority of females that do make public strides in STEM, unfairly asking them to represent their entire gender in addition to achieving their personal dreams. So I have mixed feelings about the following female-targeting invention, and want to see what you think:

The Nailbot is currently in development by Walia's company, Preemadonna, which has "a focus on girls and women—with technology that is relevant to their lifestyle." On the one hand, I dislike the notion that cosmetics ought be the lifestyle gateway into technology for women. On the other hand, I'm loathe to fall prey to the current malaise of people becoming offended for the sake of groups to which they do not belong; as a hetero male who's only had colored nails when I've missed with a hammer—I'm as clumsy as I am cosmetically unadventurous—I'm in no position to say what is or isn't good for females or those who enjoy painting their nails.

Furthermore, it's impossible not to respect both Walia for devising a new product idea and building a company around it, and the hidden-in-the-machine's-guts efforts of company co-founder and R&D head Casey Schulz, a female robotics engineer with a NASA pedigree. Both have impeccable credentials to boot: Walia has an MBA from the University of Chicago, a BA in History and Gender Studies from Northwestern University, is a certified volunteer domestic violence counselor and serves on the Board of Advisors for a nonprofit that steers young girls towards STEM fields. Robotics expert Schulz has an MS in Mechanical Engineering from Carnegie Mellon University and a BS in Mechanical Engineering from Santa Clara University. You could do a lot worse, regardless of gender. 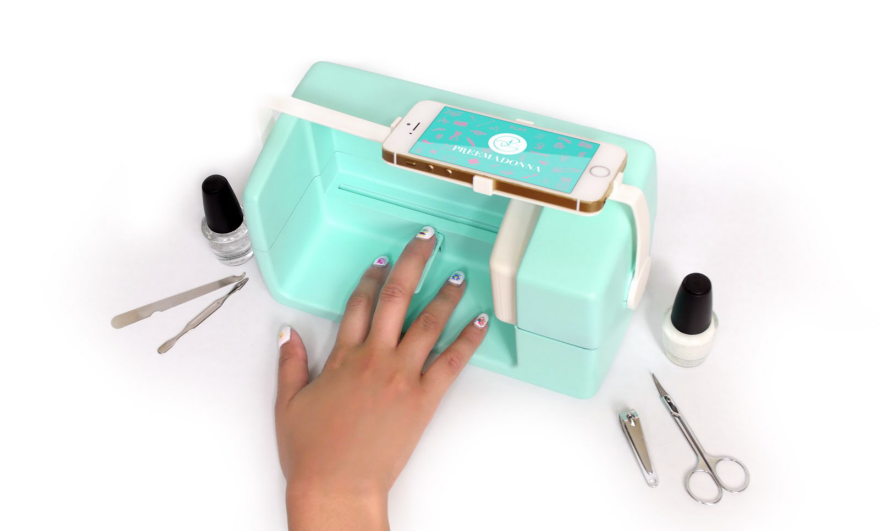 The IndieGogo campaign failed earlier this year at just 22% funding ($150,000 wanted, $33,467 pledged). The project appears to have since secured alternate funding and is actively taking pre-orders.

But this discussion is not about the funding, it's about your thoughts on the merits of the project. What say you? Females among you, would you purchase one of these? Parents among you, if a female dependent asked for one of these as a birthday gift, would you be happy to supply it? And most importantly, if a product is designed to introduce females to technology, does it matter what the product does, or which door it comes in through?