The Kickstarter failed, but the developers didn't give up and now it's on the market

Speaking of handtrucks, the UpCart can perform a trick that most others can't: Curb- and stair-climbing. While the end user still provides the motive power, the triangular configuration of the wheels makes it far easier to transform forward motion into upward motion. Have a look:

Interestingly, a couple of years ago the UpCart was a failed Kickstarter project. Despite being a Kickstarter Staff Pick, in November of 2014 it fizzled with just $27,387 pledged towards a $100,000 goal. But the developers persisted and found the funding somewhere else, and today the UpCart is available for sale on Amazon. 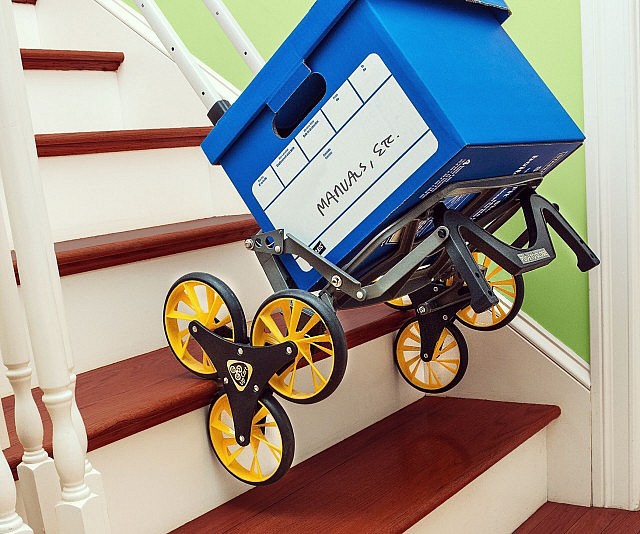 The Amazon reviews are generally positive, but the few one-star reviews harp on what you might guess by looking at images of the cart: It seems the object isn't very durable, with plastic parts and hinges failing under load. And it's got the same disappointing one-year warranty as the EROVR we looked at earlier.

The three-wheeled design, though patented by UpCart, is not unique. Here are several other companies producing similar products, though they look a lot flimsier than the UpCart design:

The only one that looks truly durable is that HS-33 Hand Truck Stair Climber. That's obviously more of an industrial solution, but it's apparently popular; the $170 object is currently on back order.