Juno Jeon makes objects that elicit a sense of beauty, fun and wonder

A few days ago I stumbled upon a little gif on my newsfeed on Facebook showcasing a drawer that had a lovely personality. I know, it sounds crazy, but it's true: A drawer with personality. Who could have guessed that those words were ever going to form in my head. I looked into it and quickly found out that the designer behind the drawer is Juno Jeon, a Korean designer based in the Netherlands, and that this little .gif had been featured previously on Core77.

I simply couldn't keep myself from tracking the designer down and asking him if he was up for an interview that delved more into his process then the object itself. To my great surprise (ok, no surprise at all, who doesn't want to be interviewed for Core77…) he said Yes. 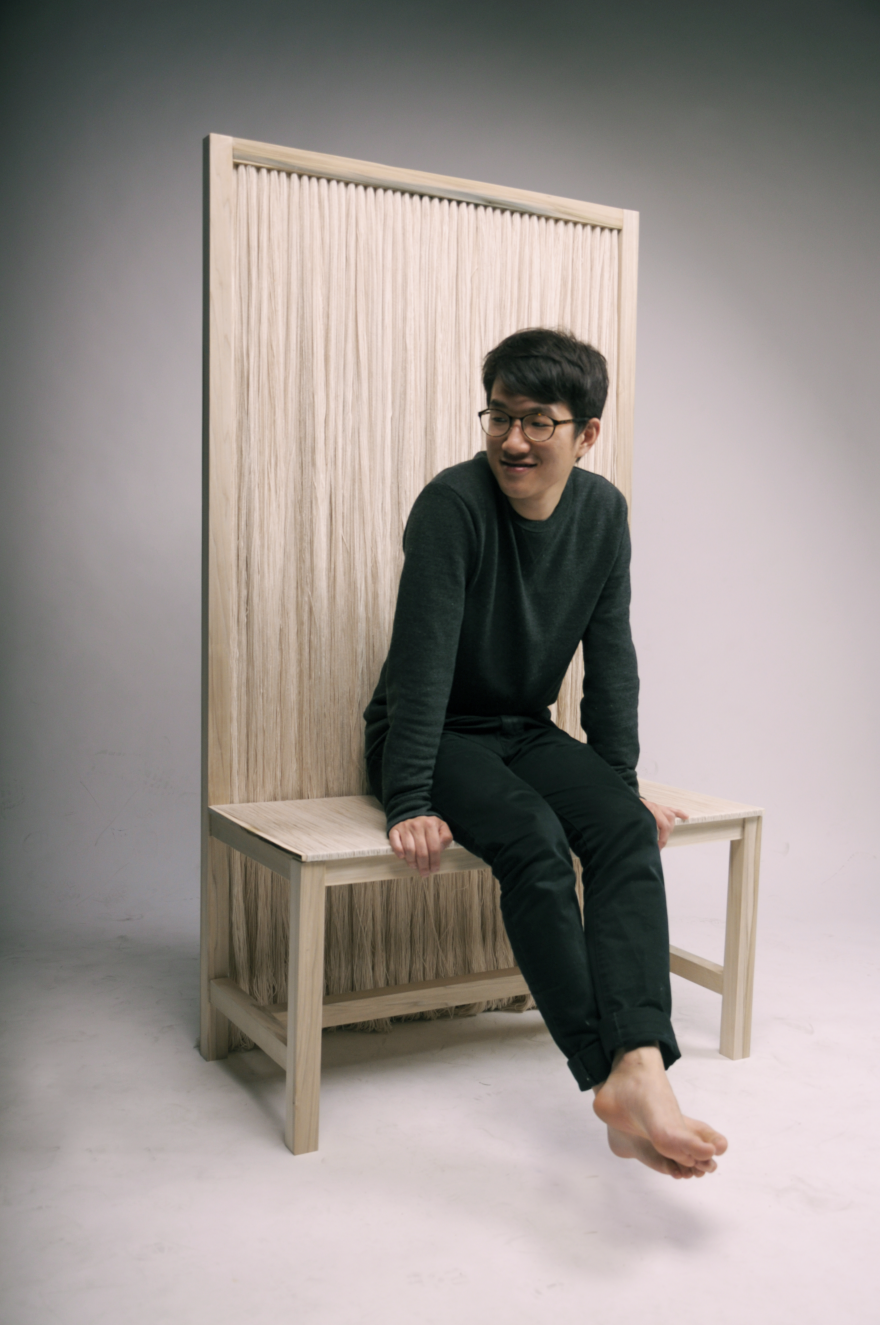 The designer with his Peeking Chair

Core77: When did you start designing and why?

Juno Jeon: When I was young, I found a talent for drawing comics. I used to draw cartoon characters and give them to my friends. The drawings made my friends so happy and the drawings caused them to smile.

I also felt happiness by making my friends happy. That feeling was how I  began studying art/design. A few years later I went to art high school and then I went to design university in Korea. I choose design instead of art because I believed I could interact/communicate with more people through my work if I studied design.

It was when I was studying industrial design when I felt I was missing something. I could learn many practical skills, (very practical skills for working in a company like Samsung or LG), however most of the industrialized design processes were based on designing for 'others.' I had to design for a company, customers, or a specific situation. I knew these were important factors in design, but I couldn't see myself in my design works. Moreover, this way of designing didn't allow me to meet people and make them happy through my design. Most of my projects ended up with just show models and concepts. It was so disappointing.

Sketches for the Pull Me To Life side table

You talk about making people happy and connecting with people, as well as about your cartoon-drawing past. How do you fuse these elements together when working on a new project?

When I start a new project, I usually start from my personal story, inspiration and thinking. Sometimes it is just a joke, sometimes my private story, sometimes it's inspiration from all of the above. 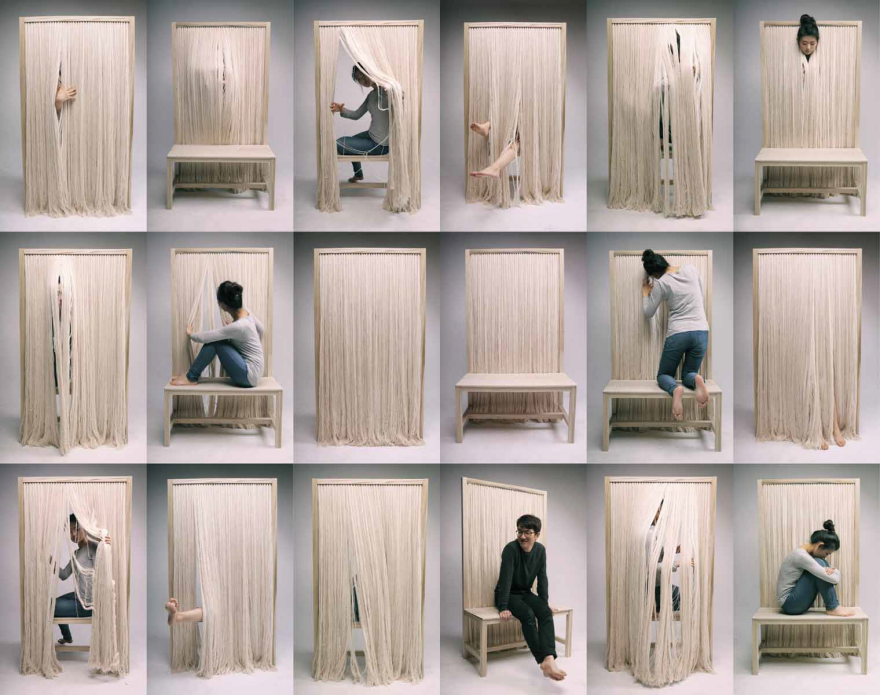 The Peeking Chair by Juno Jeon.

By using these ideas and fusing them into my design, I can feel a connection between myself and others. However, I don't want to force people to read the story in my design. It would be enough for me if people can enjoy themselves while they interact with my design. Actually, that is why I incorporate humor or interaction in my work as a way of delivering my story. I believe humor is something anyone—from a child to an elderly person—can enjoy easily. Even when they don't know anything about minimalism or aesthetics. 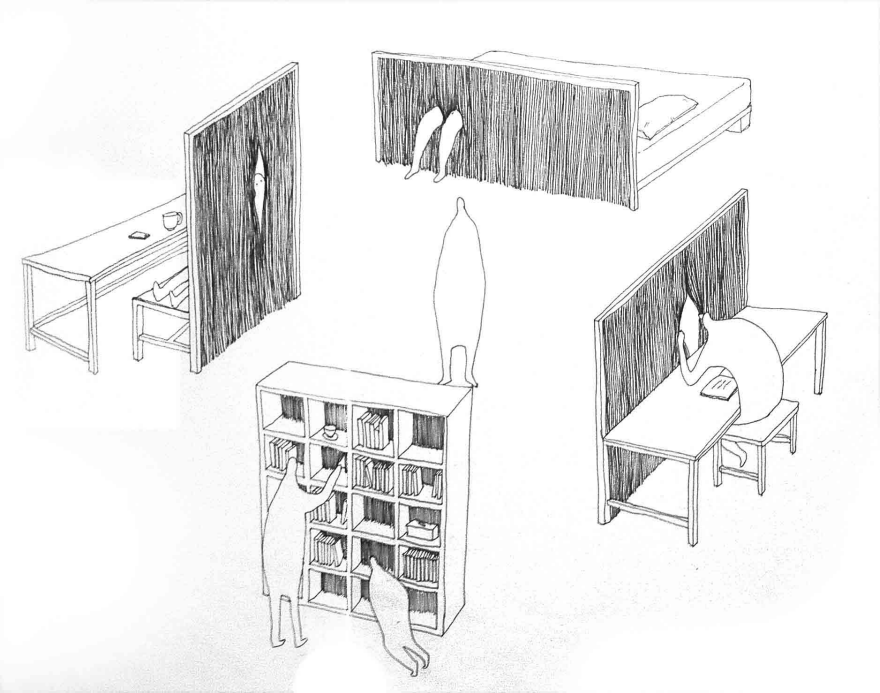 Sketches for the Peeking Chair

How do you translate a project from idea to object? And how do you make sure that the little twist you like to add doesn't get lost in the process?

When I have a concept for a project, I usually make a lot of drawings inspired by the idea. I call it drawing research. This drawing research is not only for shapes, style or color but also for how I will fuse the concept into an object. Drawing makes me break the boundary of my limitations. When I make drawings, I try not to think about all the realistic / practical issues and that gives a unique and abnormal character to my design.

I don't mean that I ignore all the practical issues in the design, However, if I consider it from the beginning, I will lose my character and story in the design. Whenever the drawing research is done, I make a book with the drawings. This book becomes a bible for the project.

When I start to think about the realistic issues—production, shape, function and so on—I often lose the character of my design. Whenever I feel I am losing my little twist, I open the drawing book again and remind myself of what I need to keep in my design project. Sometimes this way of designing, makes my design a bit inefficient.

I often meet people who complain that my design is not practical. For example for "Pull Me to Life," they wonder how it will be cleaned up and mention that nothing can be put on the top of the drawer...

Of course I agree with these kinds of complaints. However, I hope people don't see the objects only with it's efficiency. In my opinion, we are living in the world which is already full of practical objects. Everything has been developed and designed in a way that makes the world efficient – fast, cheap, comfortable and so on. I think some designers can focus on the other roles of design as fun, beauty, emotion.

Seeing that some of the objects you design aren't functional according the general standpoint, who would you say is your customer?

As a designer who just started my career, I want to define my design first. I spend a lot of time, money and effort to make my design special. That effort makes my design playful, humorous and dramatic. And with this specialty, I have the chance to share my work with many people online and offline in exhibitions.

People from all walks of life like my work simply because my works are enjoyable. Sadly, however, not everyone can be my customer since the time, money and effort I spend on the design makes my work too complicated to be sold for a low price. Sometimes the work can also be a bit too conceptual for some people. 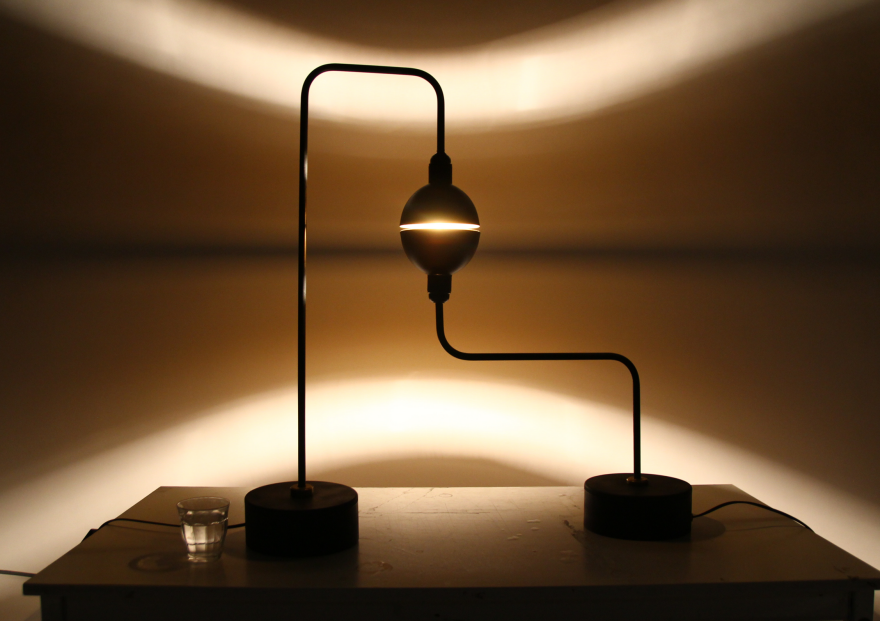 Some of my work has become a kind of art piece—the designs are of a gallery type at the moment. However, it is a kind of strategy for my future as a designer. I don't want to be defined as a designer who makes only expensive/high-end/art-like design.

If I have a strong identity as a designer, I hope that I will have opportunities to collaborate with companies or big studios which could make my design available at more affordable prices and be a bit more practical. Most of my designs have their own special twist – skills from "Pull me to life," the thread back from "Peeking Chair," the eclipse system from "Satellight" and so on—I am sure that I can use the twists to make something practical and suitable for mass production in the future.

Of course, I am already working on some projects which are for the 'common market' now.

Now we are curious to hear what sort of projects are you working on for the 'common market'?

The project is still in the research process. However, I can tell you that it will be small scale objects such as a lamp, clock, etc. For this project, I will try to make the design for mass manufacturing but still make sure to put my stories and character in it. I hope you can still see my character in the design when it is realized for the market.

As a young designer at the beginning of your career, what advice would you give other designers who are about to start, or who have just started, their studies?

I would recommend that they think about their future position as a designer. I believe every designer wants, and tries to, have their own style, process and strengths in their design. However, I think it is also important to think about 'How' or 'In which position' you will use your strength after you become a professional designer. 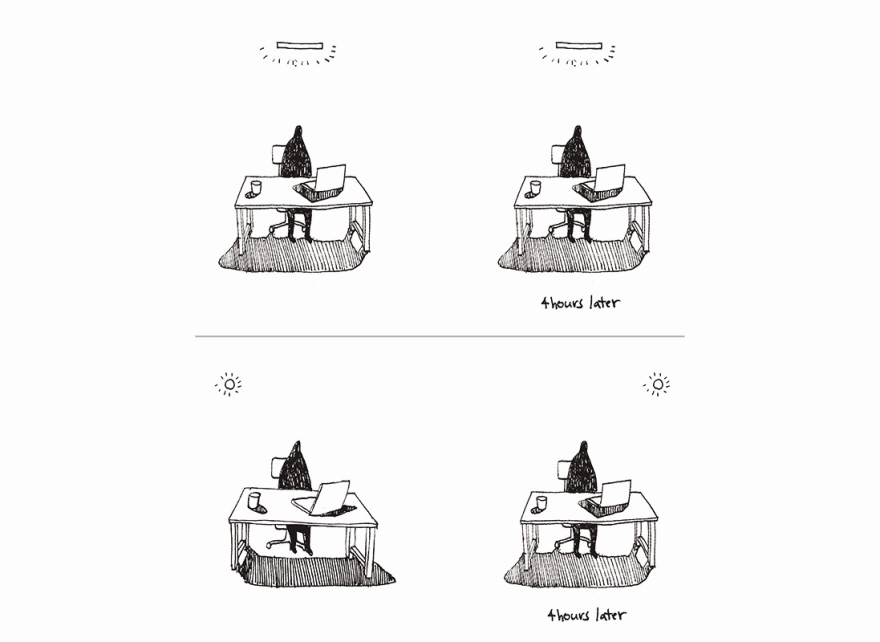 For example, let's say there is a designer whose talents lie in making something humorous (such as myself). This designer can use their talent with a toy company or maybe use those talents to make special and expensive object/art pieces for galleries. If the designer is interested in social design, use that ability for making interactive public spaces or nice events/workshops for children.

When I was in school, I always tried to be a designer that makes something cool. I just focused on myself and my design. However, I am not so sure how and where I can use my talents now. Maybe I will find space as time goes by, but it would've been much better if I thought about it and if I understood my end goal while I was studying.

There are tons of fields which need designers and it's easy to forget that. It will be helpful to think about your future positioning as a designer instead of fighting so hard to be the coolest one in the small design scene.

This perspective will help you prepare for the life after graduation.