Twenty Over Eighty: Conversations With Legendary Designers Who Remain Vital and Prolific, Even in Their Eighth Decade 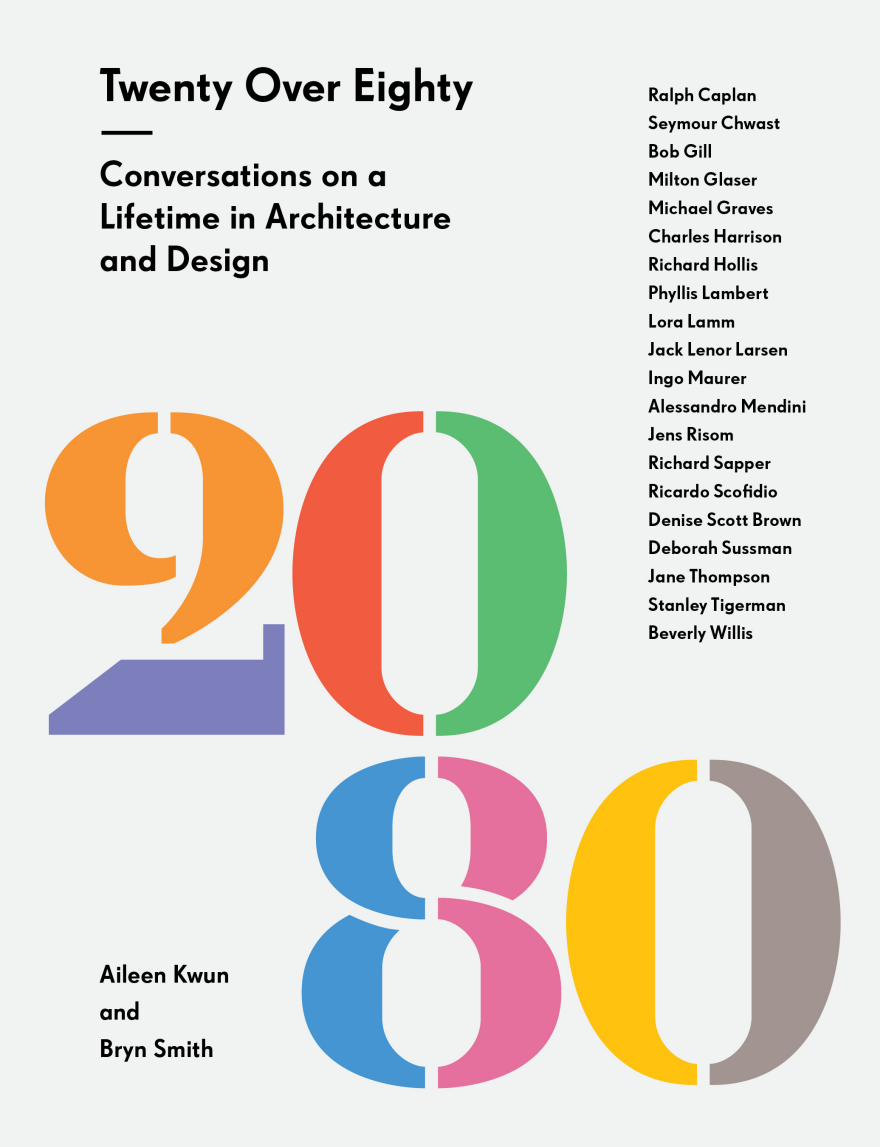 The design world today seems to always be looking forward—toward the next big trend, toward the next up-and-coming talent. In opposition to that, a new book coming out at the end of the month from Core77 contributor Bryn Smith and design editor (and 2014 Core77 Design Award winner in the Writing and Commentary category!) Aileen Kwun shines a light on design world luminaries who have been at it for eight or more decades. Through 20 candid and insightful interviews—including Milton Glaser, Michael Graves, Jens Risom, Richard Sapper and Denise Scott Brown, among others—Twenty Over Eighty records entire lifetimes of knowledge and experiences, demonstrating the power that comes from enduring dedication, perseverance and experimentation.

To celebrate the book's launch, the two authors will hold a panel discussion with some of the designers featured in the book (Seymour Chwast, Jack Lenor Larsen and Jane Thompson) next Monday, May 16th at Strand Books as part of NYCxDesign. Join them to find out more about what drove each designer's individual careers as well as how the field of design as a whole has evolved over the past decades in New York.

The following excerpt features an interview with lighting designer Ingo Maurer from Twenty Over Eighty: Conversations on a Lifetime in Architecture and Design by Bryn Smith and Aileen Kwun, published by Princeton Architectural Press, 2016. 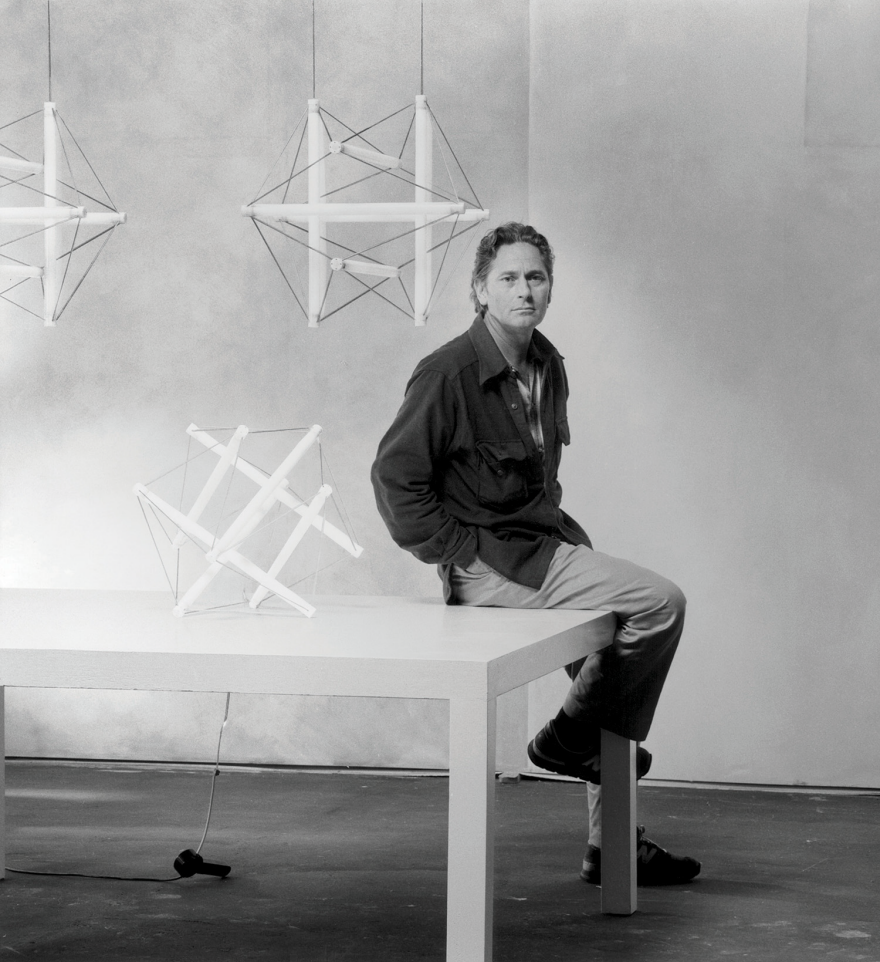 You've worked with light for nearly fifty years, subverting conventional notions of the medium and continually pushing it into new directions. What drives your creativity?

I consider myself like a weed, the way I grew into design. Sometimes it's better not to know where the energy comes from—just let yourself give in to what you feel. This is my philosophy: don't plan too much. Take life as it comes. It's exciting that you can have all these wonderful flowers in life, and different possibilities to encounter. It has been very, very exciting, and it still is. I work with sixty or seventy people now, and I feel very responsible toward those who work for me. 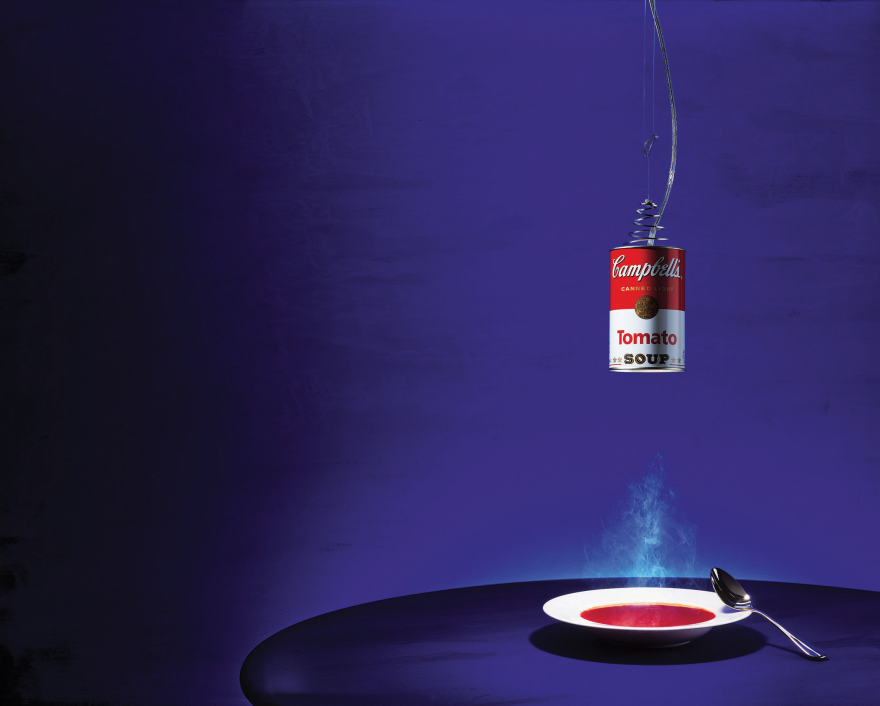 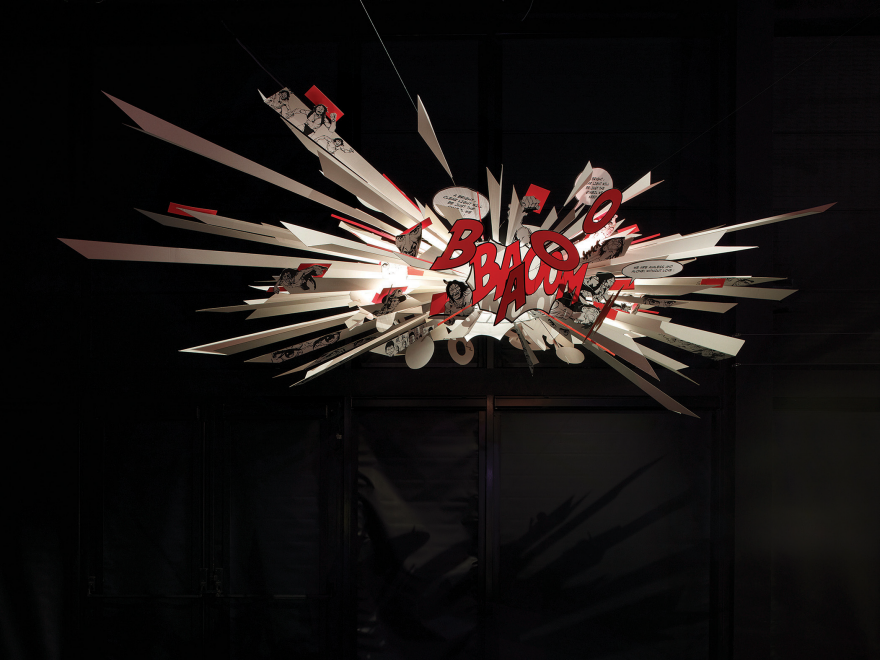 Do you approach commissioned or commercial works differently from artistic, limited-edition pieces?

I follow my instincts and I think commercially—I never make the things in my collection as art. It's about making functional lights that have a certain expression. A lot of people have described it as poetry, but you cannot make poetry; you feel it and you just do it. I'd hate to be standing beside myself, watching myself work. I would become too conscious of everything going improperly. As I said before, risk has been a big element in my life on all levels. If you don't take risks, you'll never learn about yourself. It's more important, to me, that we don't complain of what we do, and instead have the passion for it. 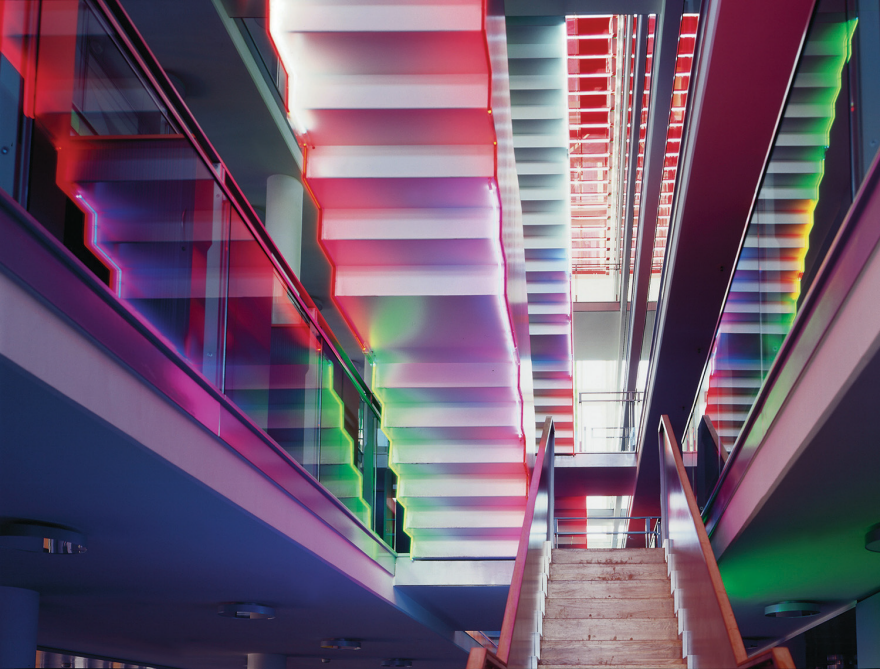 Your works are so diverse, shown and used in a range of venues and environments. How does the eventual site of a lighting project or piece play into its design?

First, I have to feel the space. Maybe even before, I have to meet the soul of the client. I have to feel what they are. We don't just take on anything; we reject a lot of work. For me, it's important that we stay on a very harmonious level together—that we are at ease with each other. It's not just about money. It's about sharing in common the most wonderful gift that has been given to us: being human. Then, of course, of utmost importance is the space at hand, and how the dialogue goes with the architect, for instance.

As technology changes the formal possibilities of lighting, you've been quick to embrace new forms. You were one of the first to use halogen light, for example.

I was, I really was. The YaYaHo halogen system was designed in the early 1980s. And I worked with LED to make Bellissima Brutta, which means, just as it sounds, "beautiful ugly." The first prototype of it is owned by Murray Moss. I also came up with the first OLED product. OLEDs are very expensive, though they've become a bit less expensive more recently. The light of an OLED is a kind of a monotonous light, though it carries a lot of possibility for the lighting market.

You've expressed a fascination with Thomas Edison, referring to the prototypical light bulb as manifesting "the perfect meeting of industry and poetry."

Yes, exactly—it's a fantastic symbiosis. We made a special show for Edison's hundredth birthday. My Edison lamp is a holograph that doesn't have an actual bulb, though it does make light in the image of one. It's a collector's item, made with a film that allows the object to appear. The fascination is that it's as if you have a light on the table, though there's no light bulb actually there. 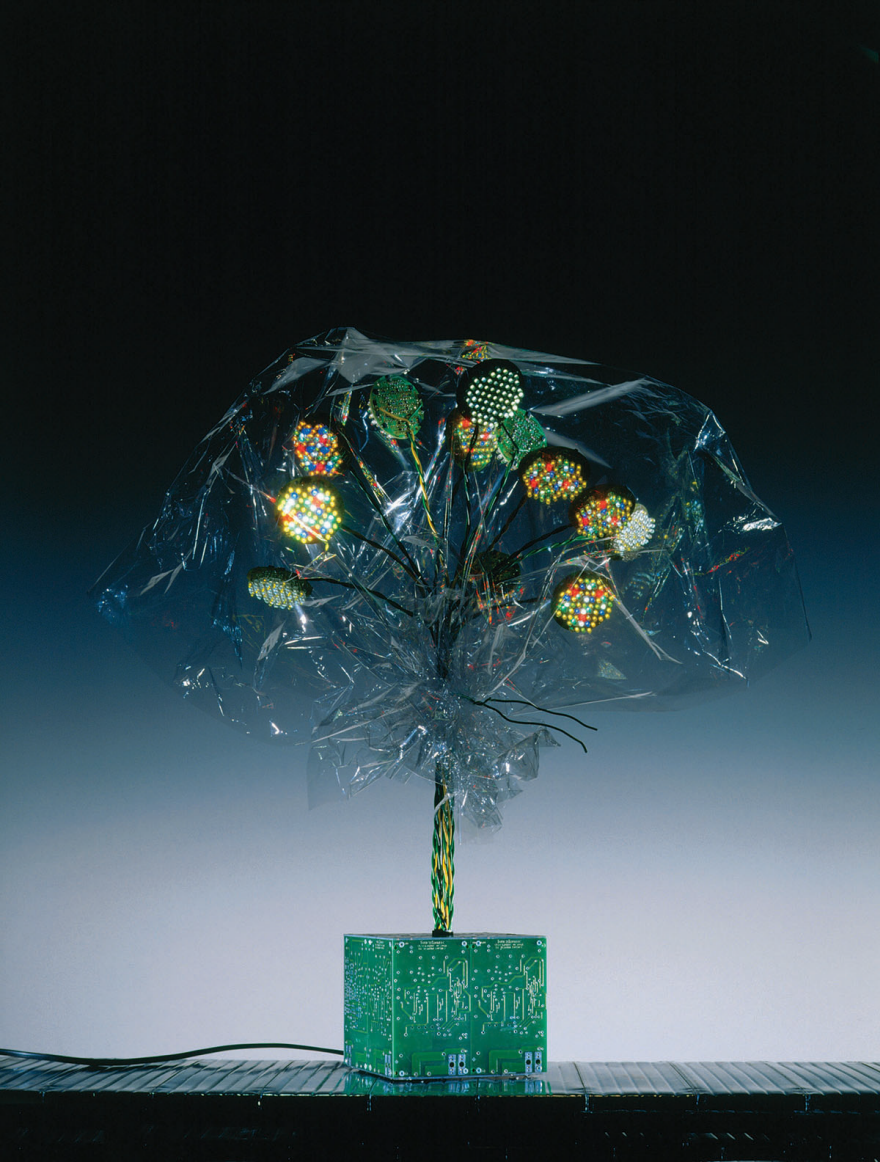 How do you feel about digital light?

I find it without soul. My hope is that the industry will become more conscious, and hold a different perception toward light. I hope—and I will try to work on it for the rest of my life—to try to make very good, humane light that makes you feel well.

Your work defies categorization, integrating a wide range of materials, and in some cases, introducing new typologies. How do you choose or decide which materials to work with? Is it a constant research process?

Of course, all the time. We're always keeping track, and we're lucky that many producers and manufacturers come to us and ask us to develop things together. Or, if we're able, to use the technology they bring to us. That's a very exciting moment. We have a recent project that has been really, really thrilling to work on: Dew Drops, as I call it. It's made of foil-like sheets with little LEDs, very minimal, and you can see the conductors that are synced up.

Through it all, what would you consider your biggest setback?

The biggest setback for me is that I haven't lived a private life. My work has been my life and my passion.

And your most significant professional triumph?

Of course, the second you asked me this question, I thought of the moment—which feels like not so long ago—when I looked back and realized what I've done over so many years. As I said earlier, I grew like a weed. I've been very lucky and there are weeds out there that are very huge [laughs]. I've had some moments working with really great people—friends, colleagues, clients, and employees. That's always a big lift for me. Otherwise, I don't think much; I think consciously overthinking too much can be destructive. I often try to solve problems and visualize details at nighttime, when I can't sleep. 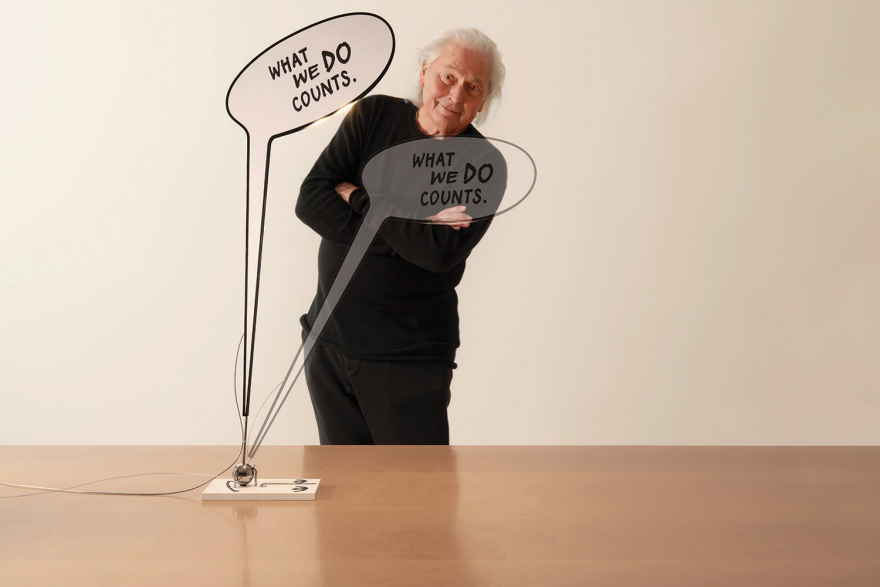 Maurer with What We Do Counts, an LED­integrated lamp released in 2015. [Image courtesy of Ingo Maurer GmbH, Munich]

What advice would you give to emerging designers?

Above all, be ready to work hard and show discipline. Don't keep your head in the clouds with the first couple of things you've thought up. You have to remain down-to-earth, with your feet on the ground. This is very important. And, of course, never give up if you fail.

I like to work with young people very much. It's great to see what kind of possibility they might have within them. The young Ingo Maurer had to invent and discover something like light to feed his two kids, pay for diapers and food. I was pressured, but I was free to design things that people liked. It was a hard beginning, but it was good, and I am really content with how things are now. I feel very blessed. And I must say, the best light is the one that comes from someone's heart.

Twenty Over Eighty: Conversations With Legendary Designers Who Remain Vital and Prolific, Even in Their Eighth Decade