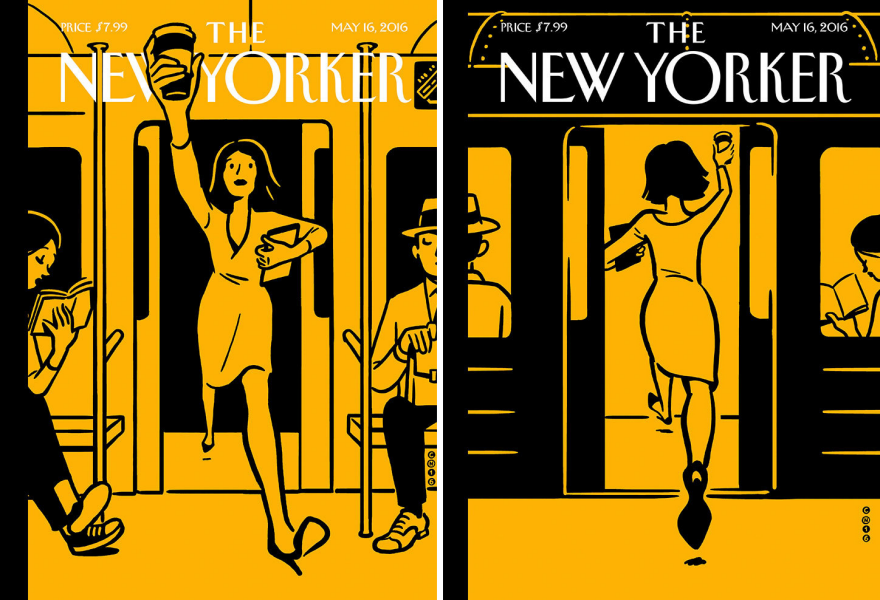 While people say print is dead, the New Yorker has released a seriously awesome 21st-Century magazine cover this week. Illustrator Christoph Niemann's two-tone drawings adorn the front and back of the magazine, and when you look at them through the augmented reality app Uncovr, you are treated to these wonderful animations:

I love that rotating the physical magazine corresponds with the on-screen rotation, allowing you to explore new angles within the cityscape. The clever imagery was created in collaboration between Niemann and New Yorker Art Director Françoise Mouly, and the free Uncovr app was created specifically for the magazine by Nexus Interactive Arts. As for why they did it: Within the magazine are full-page ads from Qualcomm that the app renders interactive, and they're hoping you'll be curious enough to take a look.

By the bye, we previously looked at Niemann's excellent work here: