To celebrate the U.S. debut of Lattice, a kilim rug designed by Ronan and Erwan Bouroullec for Nanimarquina, Core77 spoke with Ronan about the role of design week presentations starting with the importance of the Salone del Mobile in Milan to the balance of craft and industry. 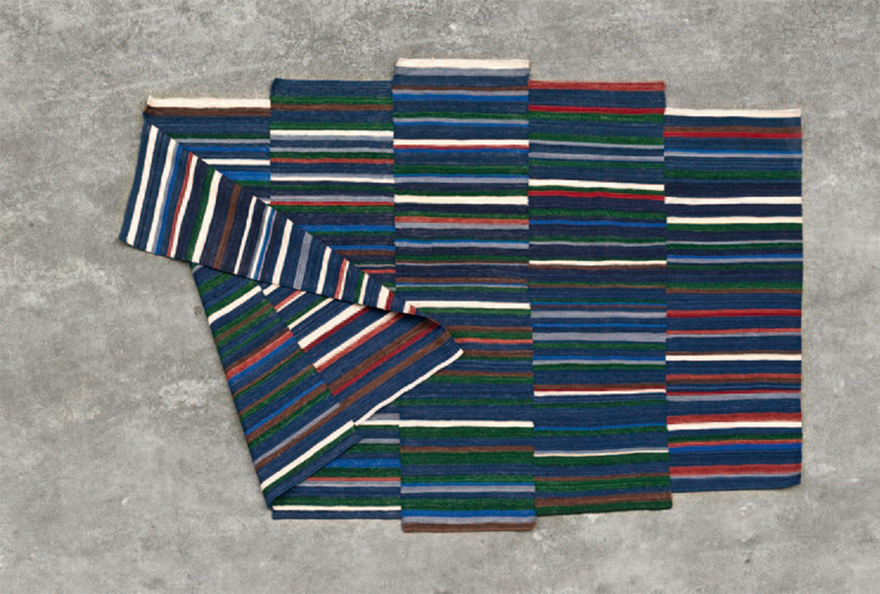 Lattice kilim rug by Ronan and Erwan Bouroullec for Nanimarquina.

Core77: When was the first time you showed in Milan?

Ronan Bouroullec: It's terrible because it was more than 20 years ago. I'm 44 now and this was our 23rd Milan fair. So for 23 years I've been attending the fair. At the beginning I came as a student and then began to show a few years after. The first show was for Cappellini. We had some small objects for Cappellini but it was so incredible. At the time, Cappelini was the most interesting company to work with, it was like a young African soccer player coming to play for AC Milan or Real Madrid, like being taken out of the countryside and going to Milan. 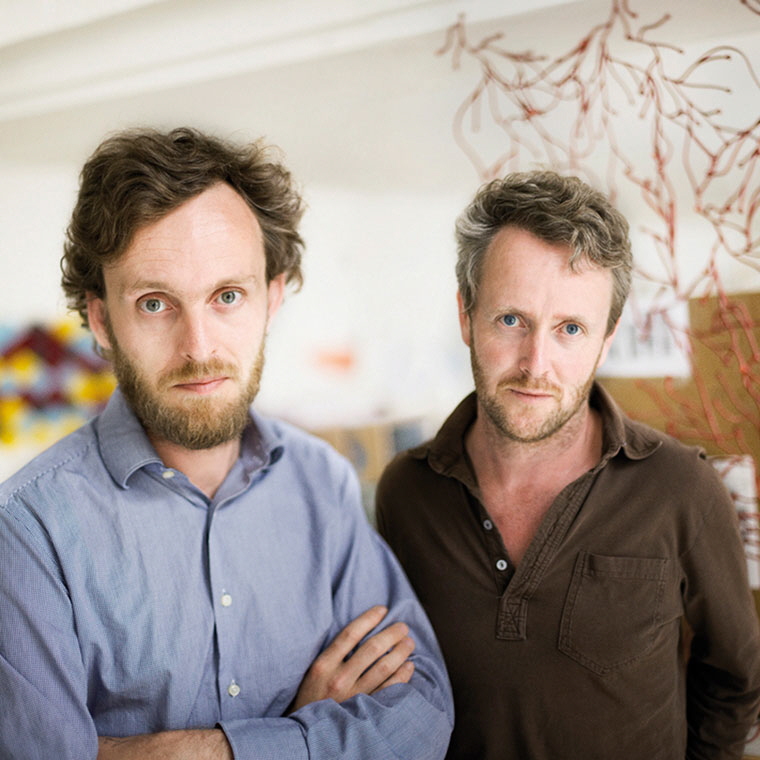 What did it mean for you to show during Design Week then and what does it mean now, 20-odd years later?

It was marvelous during that period. There was a big difference during this period because the Salone del Mobile was in the city—all the companies were showing in the city and the fairground was quite near. There was more of a connection between the city and it was probably more romantic during this period—less people. It was a bit slower but the speed of the world has changed and the fair is a reflection of this situation and translates that.

What is quite interesting is that Milan has always been a sort of picture of what the design world is doing—from students to established companies to new companies arriving, the map is always moving and changing. The amount of energy to build all that and the number of people working for the fair is incredible.

I like the atmosphere of being surrounded by so many designers and so many people—it's very very specific. I don't like meting designers during the rest of the year but during this period it's quite nice. It's also a competitive discipline so it's quite nice to see new things. I like competition in certain ways. 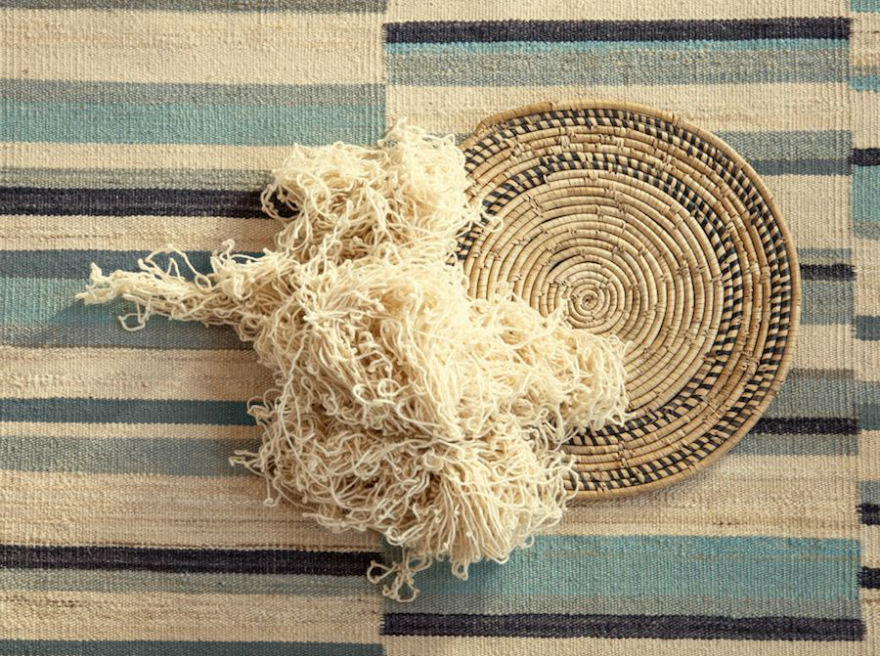 Your new rug with Nanimarquina is a contemporary approach to a very traditional technique. Tell us about the process of designing the piece: 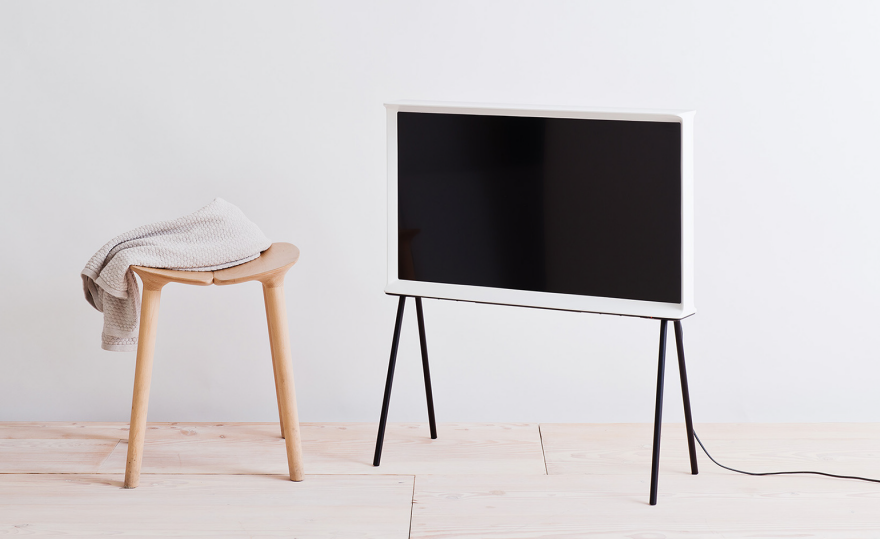 Our work is quite large, from very industrial things like the television for Samsung to furniture. For Nanimarquina, it is a very specific technique we work with. I like kilim, which is a very old technique that hasn't changed for centuries. And I was quite interested in developing some carpets and Nanimarquina is a good platform for that. I like that each carpet is different, it's very craft-driven. I think the world needs a mix between very machined oriented projects that can afford a certain price and perfection, but at the same time you need the opposite, the vibration of something that is not exactly a line, to experience the vibration of colors.

It's subtle here. We did two carpets for Nanimarquina, the Losanges carpet that was quite brutal—I like that project a lot—and the Lattice carpet is more delicate. For both projects there was a mix between the motif and the way of cutting the perimeter of the carpet. So there is the bond and the line so you can cut it at different levels. The idea with this system is to have many different variations. The same with Losanges, it was designed so you can cut it in many different ways, it is almost always beautiful regardless of what size you decide on for the carpet. 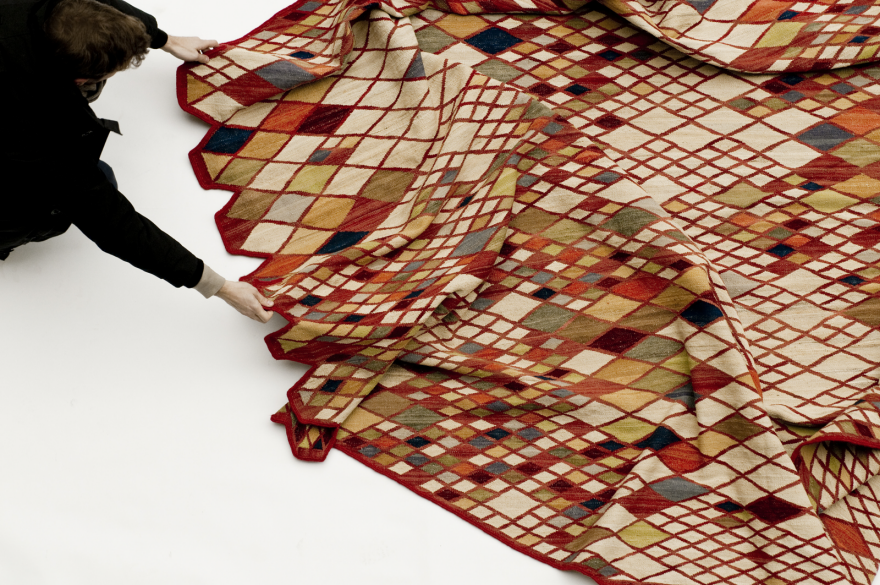 The Losanges rug designed by Ronan and Erwan Bouroullec for Nanimarquina

And this is the danger as well. Similar to when you blow glass, for example, it's a marvelous process and a piece of glass is nice by itself. But to do something that is higher than just a good thing, it is more complicated.

As a system and a final product, it's quite lovely and very poetic.

There is something quite common [about Lattice] in a certain way, but I think it has a good level, I'm quite happy.

You can see more from Ronan and Erwan Bouroullec at the Vitra and Axor Showroom including Lattice for Nanimarquina, the Axor Bouroullec collection inspired by, "imagination, interaction and individual expression," along with the US Launch of Artek's Kaari Collection, the first collaboration between the Bouroullecs with the Finnish design company.