What's the difference between the two?

Maple is one of the widest spread species in North America and can be found in nearly every region of the continent. Here are the differences between Hard and Soft Maple. 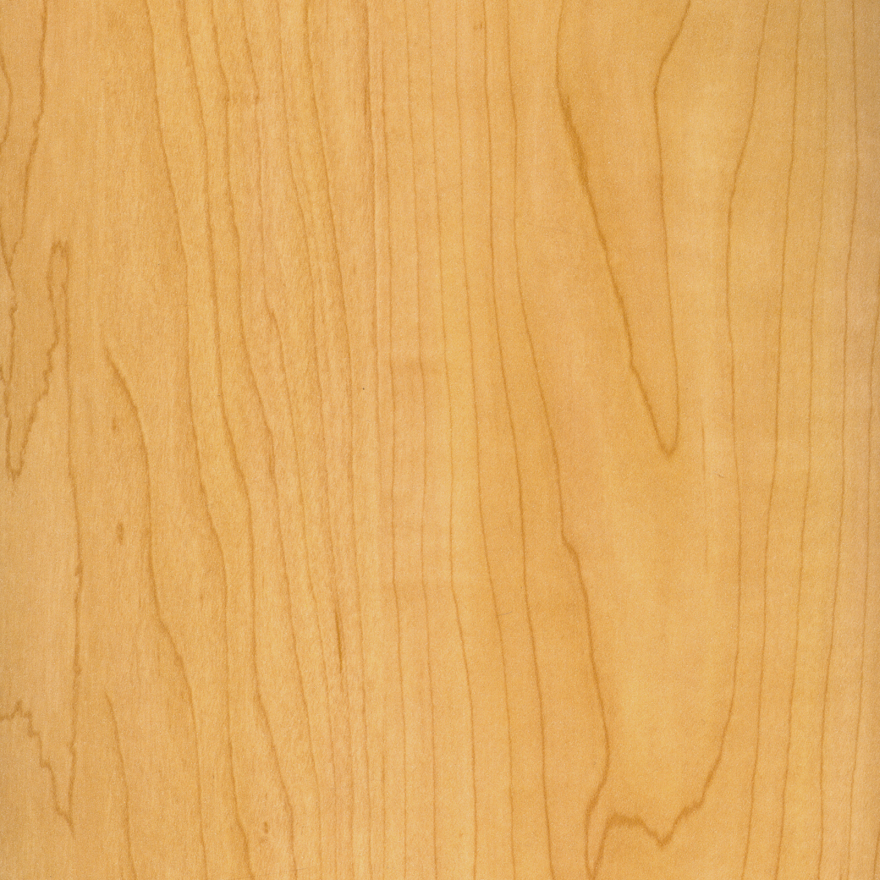 The wood's high density and hardness mean that Hard Maple can be harsh on tools' cutting edges, but Hard Maple will maintain a hard, crisp edge for mouldings. The wood is quite stable, thereby making it perfect for flooring applications. Because of the tight grain, however, stains, dyes, and wax will not penetrate very deeply; therefore, surface film finishing options like varnish and lacquer are the preferred finishing methods. 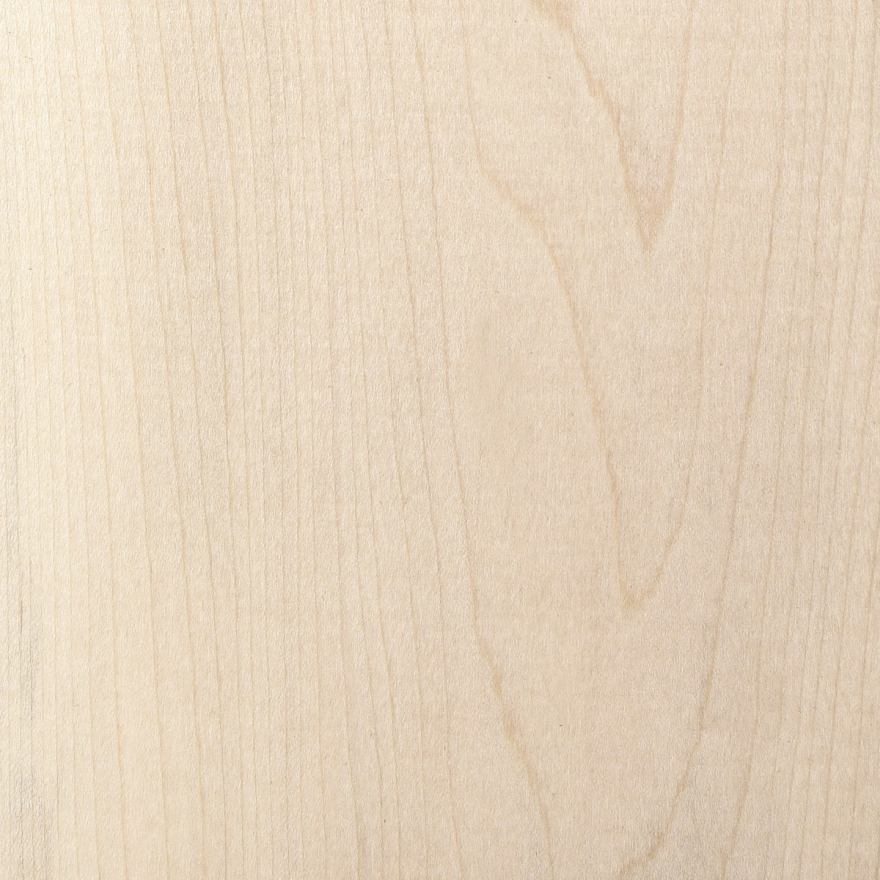 Soft Maple, also known as Red Maple, is very misleading in name. While the wood is softer than Hard Maple, this is true by only a very small margin. The heartwood of Soft Maple is slightly darker than Hard Maple's, with reddish-brown latewood lines that can give the lumber a pinkish hue overall. The flat sawn lumber of Soft Maple has wonderful wandering grain lines that contrast with the straight and orderly grain of Hard Maple.

Soft Maple grows in a more limited region (mainly on the US eastern seaboard), but it is still readily available and also tends to be cheaper than its harder brother. The wood's slightly softer nature does make Soft Maple easier on tools than Hard Maple, yet it still machines and holds details very well. It also finishes nicely, although it does not have the polished luster of Hard Maple.

Figured Maple: Both species are prone to a wide variety of special grain effects, such as Bird's Eye, Curly, Quilted, Tiger Striped, and Spalted appearances. Each effect is highly prized by furniture and instrument makers, while simultaneously being shunned by flooring and kitchen cabinet makers (who instead look for consistent color and uniform grain patterns). J. Gibson McIlvain carries a large volume of Maple, and we separate our figured boards from our straight grained boards in order to offer both distinctly desired types to our diverse customer base. 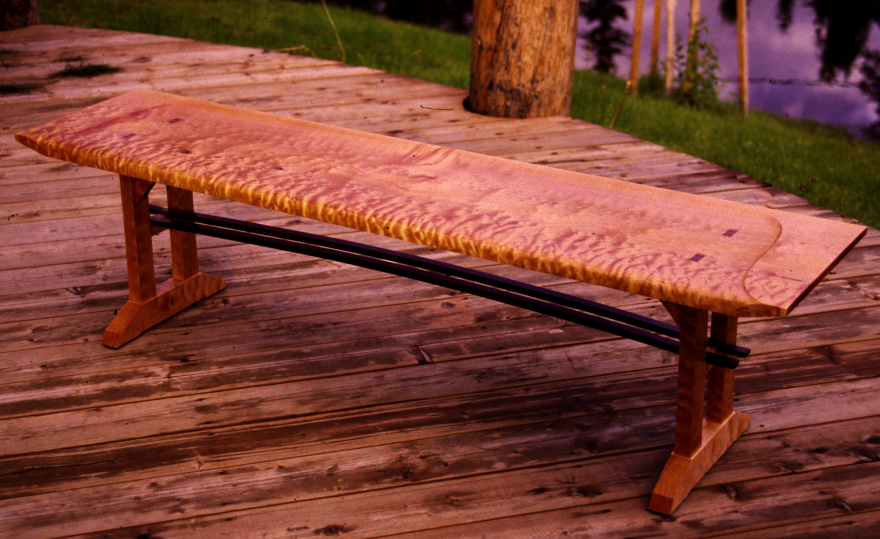 Figured Maple ( By Xyzzycoder at English Wikipedia, CC BY 2.5) 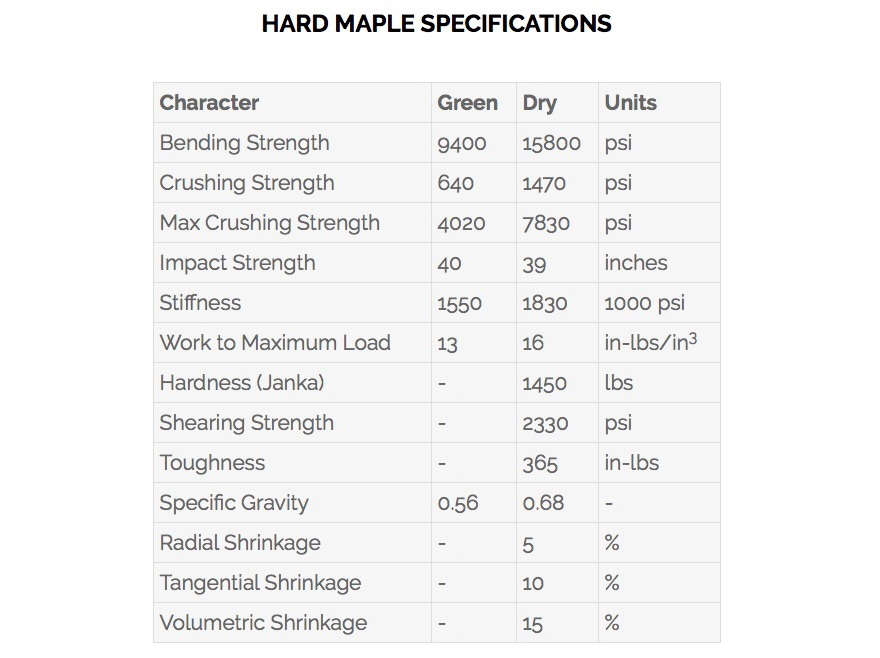 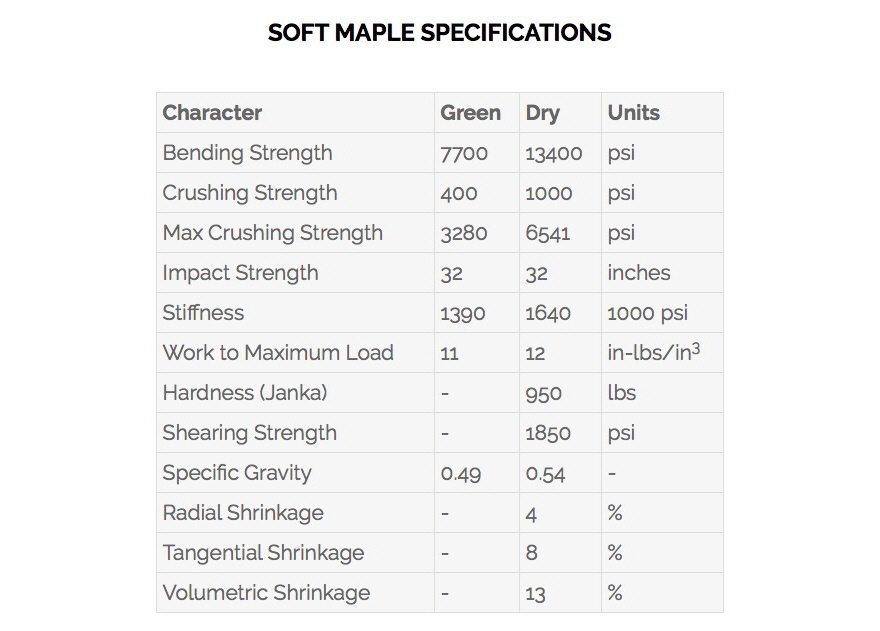