Five Questions for the Designer That Rendered Laypeople's Bike Sketches

Gianluca Gimini is a product designer and also a graphic designer and also an illustrator. But he's officially an architect. When you have such talent and passion, I suppose it can't be confined to one arena. He works as a professor in Bologna, Italy and makes incredible projects like Velocipedia.

Velocipedia is the result of Gimini asking friends, family, and complete strangers to draw a bicycle from memory. Gimini collected hundreds of these sketches over a number of years, and then this year, he decided to take an active role in the project. He's made the sketches into real bicycles. Well, digital bicycles. The result is brilliant and fun. It all feels inspired by childhood, yet it's the manifestation of Gimini's sophisticated imagination and craft.

Following our popular post about the project last month, our colleagues at Hand-Eye Supply sent him a few questions, and he took time out of his busy schedule to answer a few. Our (digital) conversation is below... 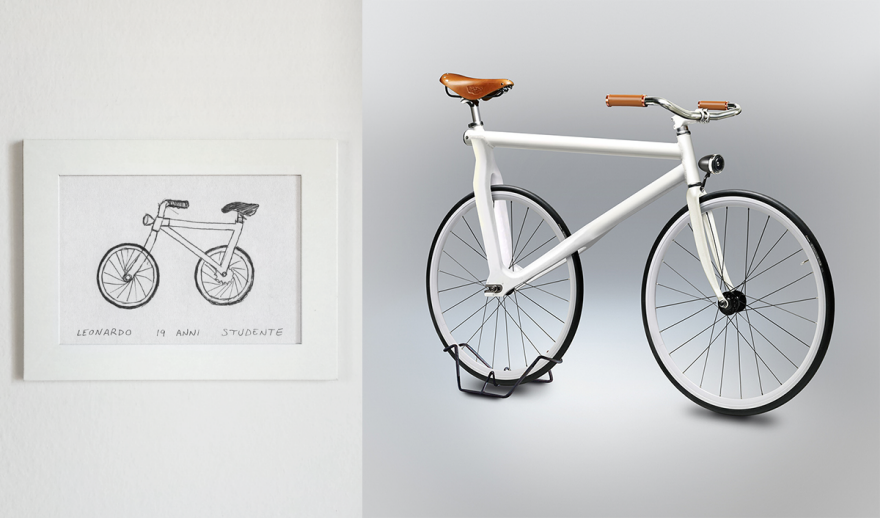 Where did you go to school? Did you study product design? Industrial design? How did your background lead you to this project?

I studied as an architect, but that's just because I wasn't aware product design was "a thing" when I was in high school…so I just picked architecture because it seemed the best choice for me. By my second year, I was devouring design books but really never took on a total dislike for architecture. So I finished my studies. My university did give the possibility to sustain one optional course in product design and a final design course in product design, so my thesis was a camper, not a building like most of my colleagues'. After graduating, I sent my CV only to product design firms, finding my first job in a design firm based in Shanghai. That lasted six months, then I went to work as a graphic designer for another studio, also in Shanghai. 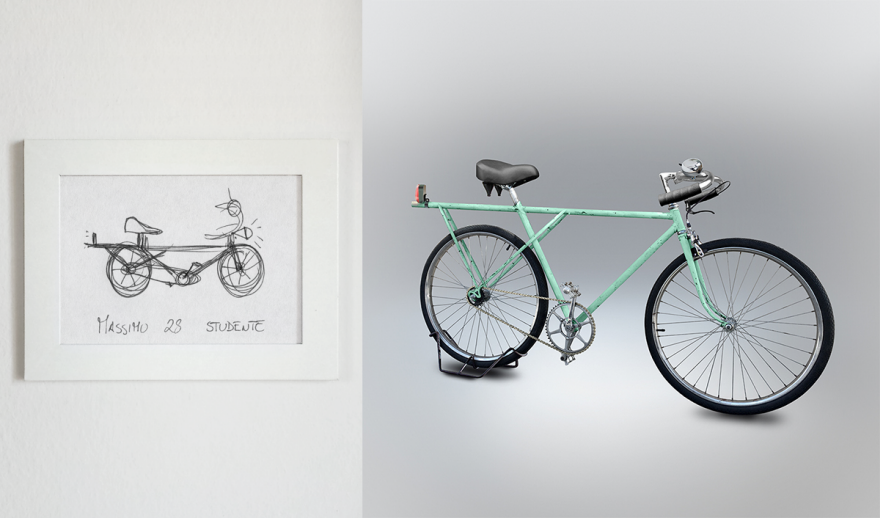 I think this first year of work, together with my education defines what I am: a concept designer with a visual approach and an architectural background. That makes me both very interested in thinking processes and representation.

You collected the drawings for a number of years. How long did it take you to do the digital renderings?

Actually not that long. I calculated a minimum of 12 hours of work for the easiest rendering, and a maximum of 16 hours for the most elaborate. So in a few months during which I would carry on the project every evening after work, the job was done. 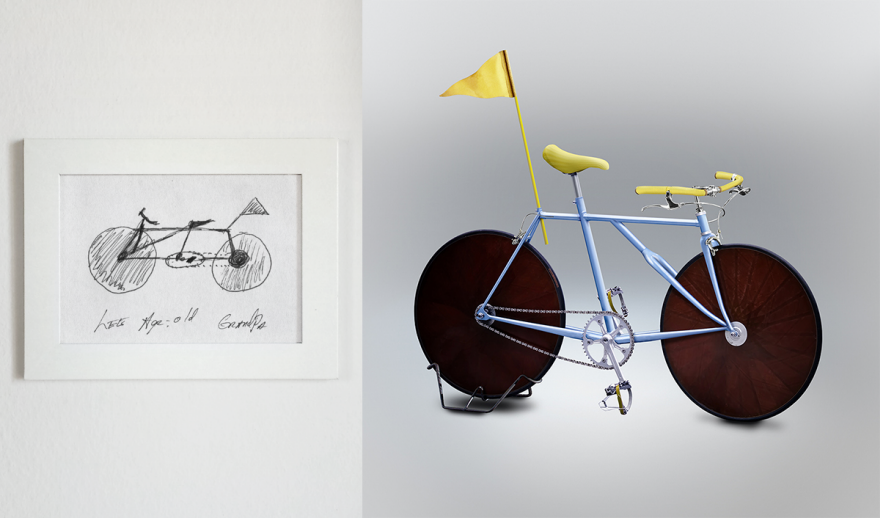 And what's that process like? From choosing the drawing to the finished rendering?

I went through my drawings hundreds of times. Some typologies recur in the sketches of many different people, so it was hard to define which one was best to pick. I put in quite a bit of my imagination and interpretation, of course. Being the sketches were so rough, I often preferred sketches by friends and family because I felt I could relate more. Sometimes I could guess the exact bike a friend of mine was thinking of while drawing…like Martino who injured his calf on a mountain bike with no chain guard when he was a kid.

The renderings are all done in 2D with an elaborate editing technique that mixes post-production and digital painting. So I would pick a sketch, then I would look for a picture of a real bicycle that seemed a good starting point for my representation. Then I would search for pictures of all the components I needed to match the sketch: saddle, handlebar, chain, etcetera. All had to be shot in the same angle and light. Then everything was put together with many parts designed from scratch. Especially frames. 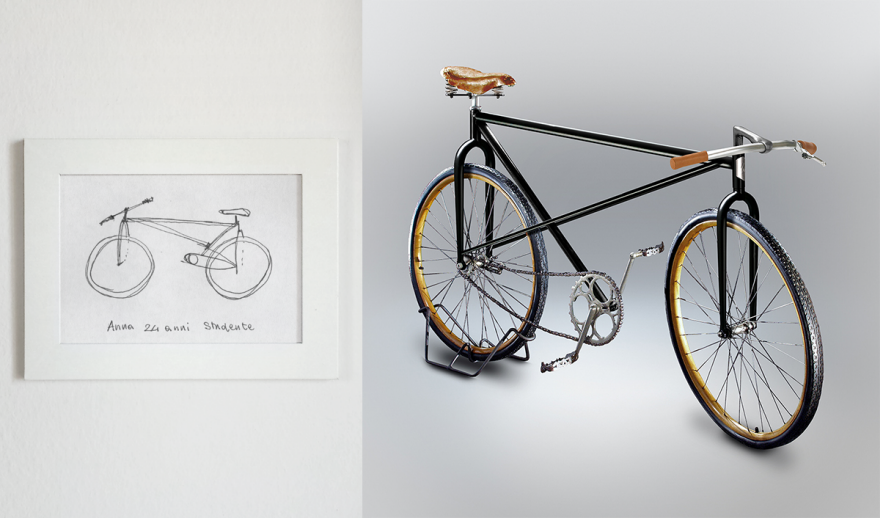 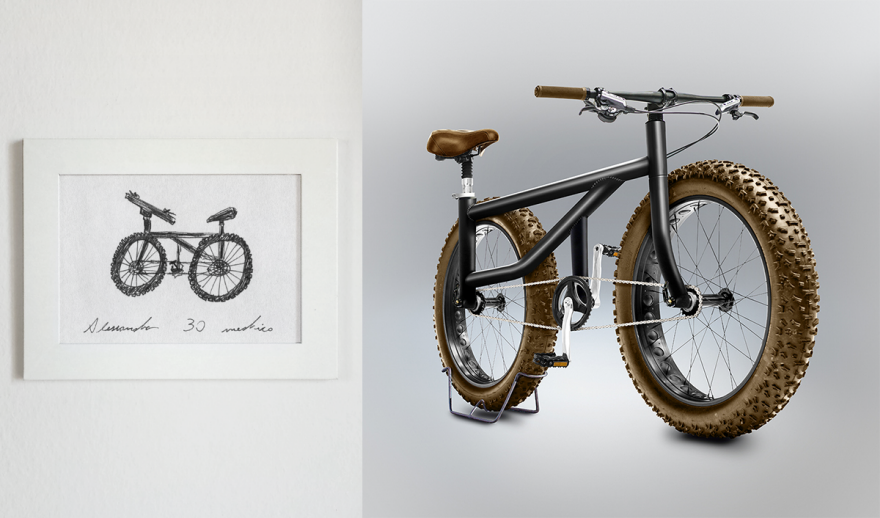 Are you showing this project anywhere?

It's not official yet but it seems that a very important museum in Budapest will be showing three big prints of my renderings for a period of six months. I'm very happy about this.

If you could choose one of these bikes to actually be made, which would it be? Which one would you want to ride?

I would love Rosalba's to be made. It can't steer so I would not want to ride it, but just to hang it in my living room. I actually got quotations from a bike manufacturer, and I think I can't afford this for now...maybe some day. 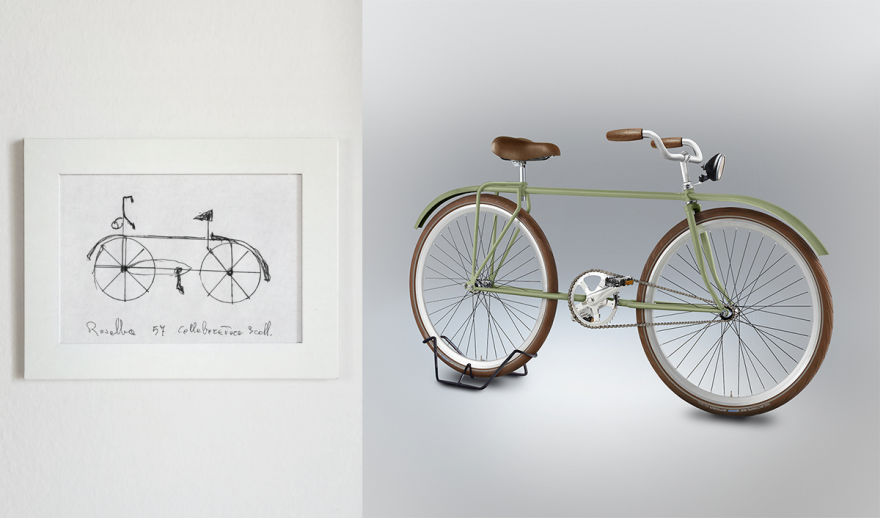 You can see more of Gimini's work here.

Five Questions for the Designer That Rendered Laypeople's Bike Sketches