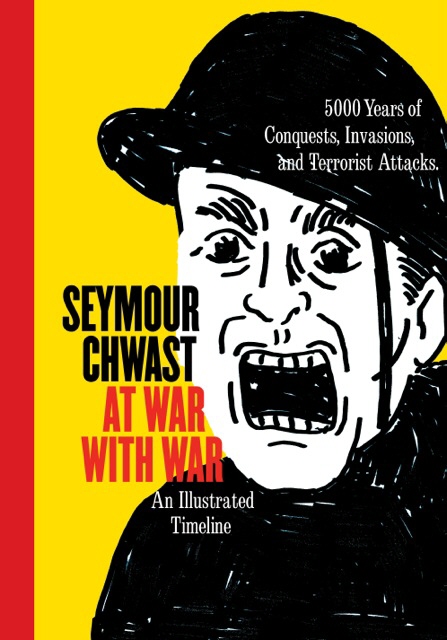 In the heyday of anti-war demonstration, Seymour Chwast's graphic work held a radical point of view that steered clear of right-wing tendencies while also dramatically veering away from rigid formalist notions in graphic design. An avid protestor throughout the 60's and 70's, his work consistently addressed the importance of creating progressive work—both stylistically as well as the responsibility of an artist to promote their ethical and political viewpoint.

Chwast's efforts are just as relevant today in a rapidly evolving political space rife with forceful rightwing populism. His new book At War with War, a project between Chwast and editor Steven Heller currently gaining traction on Kickstarter, brings to focus some of the graphic designer's iconic designs while also highlighting a large number of new works on the subject. 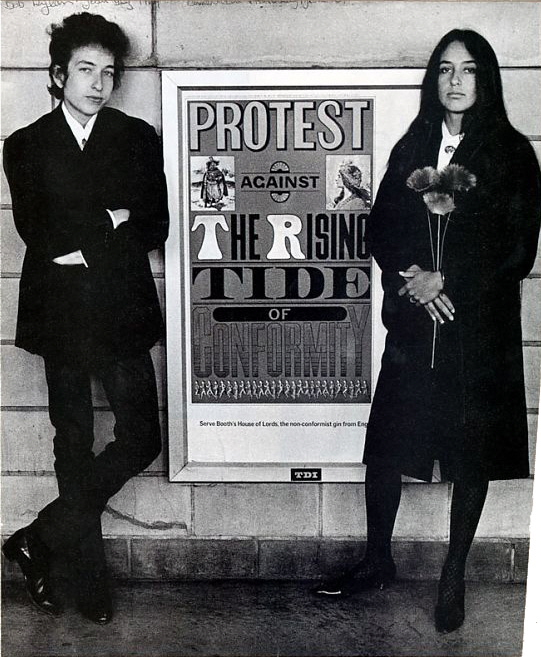 Bob Dylan and Joan Baez in 1964 standing with one of Chwast's iconic anti-war posters.

The main focus of the book is a series of woodblock print illustrations charting a 5000 year history of conflict, violence and war. An extension of one of his earliest anti-war works from 1957,  A Book of Battles, the book combines Chwast's illustrations with lines on war from historic philosophers with satirical illustrations in the same vein of Honoré Daumier and Otto Dix. 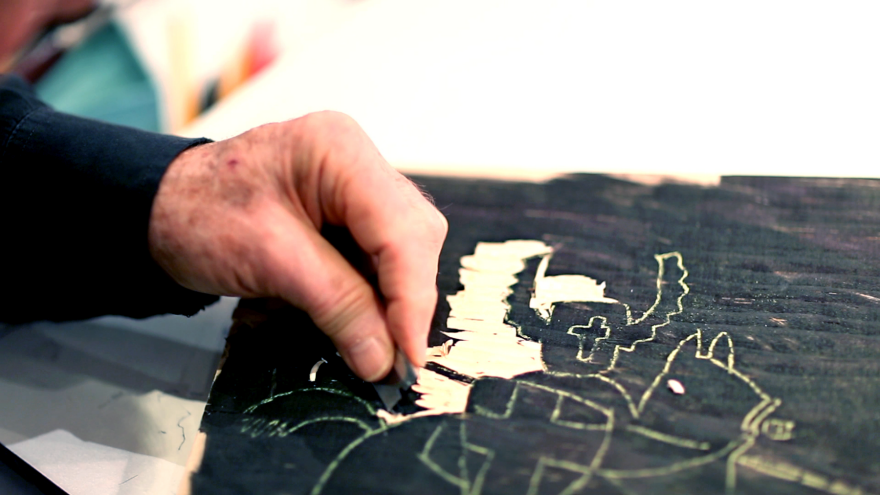 Chwast at work on his woodblock prints

Project partner and editor of At War With War, Heller says of the project,

Seymour's desire was to present his reaction to war in its purest form. To put his gut on the page. To set aside his interest in color and mixed media and use what would allow him to focus on the ideas alone: marker on paper; just black on white. His technique serves the content and the intention — to viscerally connect with the audience and bring front and center the horror and waste that is war."

Bringing to light issues regarding war that have traversed thousands of years while also cleverly addressing topics of today (i.e. some entertaining illustrations of Trump), the book solidifies the fact that for Chwast, his fight on war is for life—just as Heller says, "For some protest is a fashion; for Seymour, protest is a conscience." 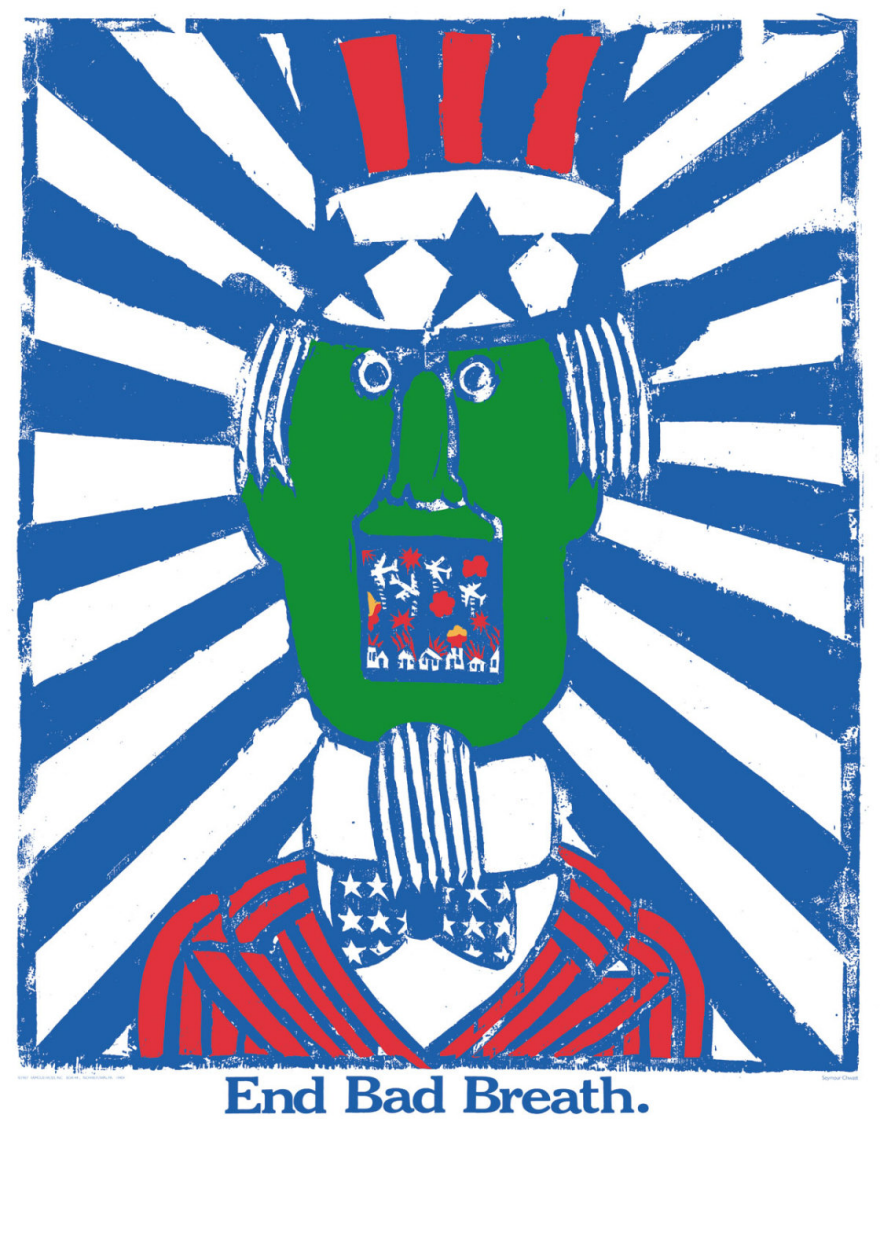 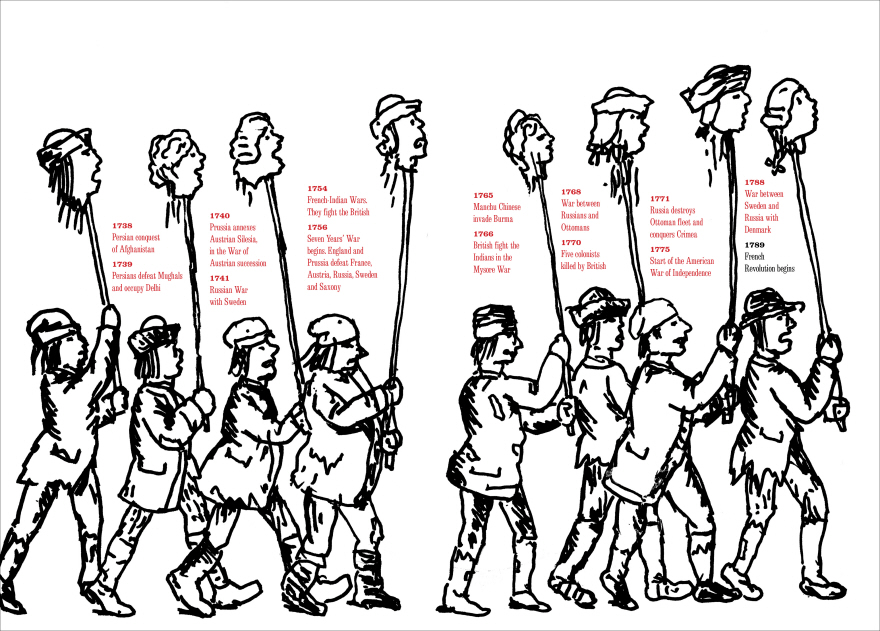 A page from "At War with War" 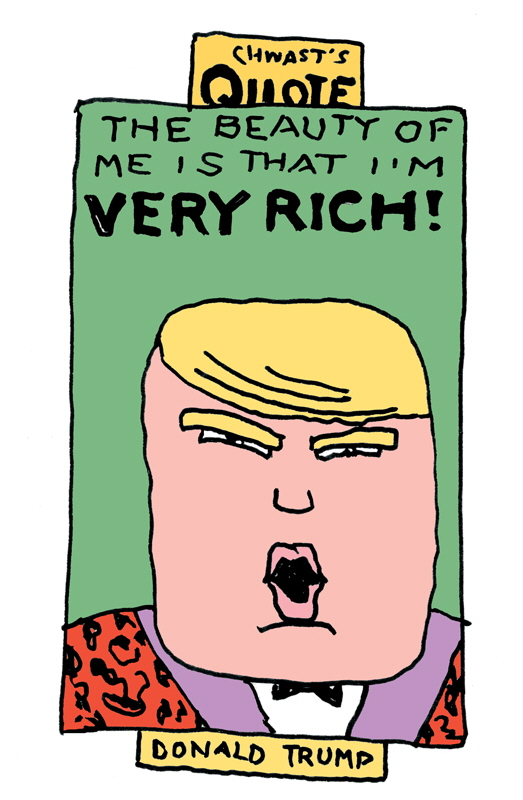 "At War with War" is currently seeking funding for publishing on Kickstarter and is set to release November 2016— support the project here.