The Funicular of Fribourg may or may not be the most badass name for a public transit vehicle in the world. It's certainly up there with other greats such as The Tuscaloosa Trolly and The Crimson Ride. What the other most excellently named transports do not share with it, however, is it's unique sewage-powered design. 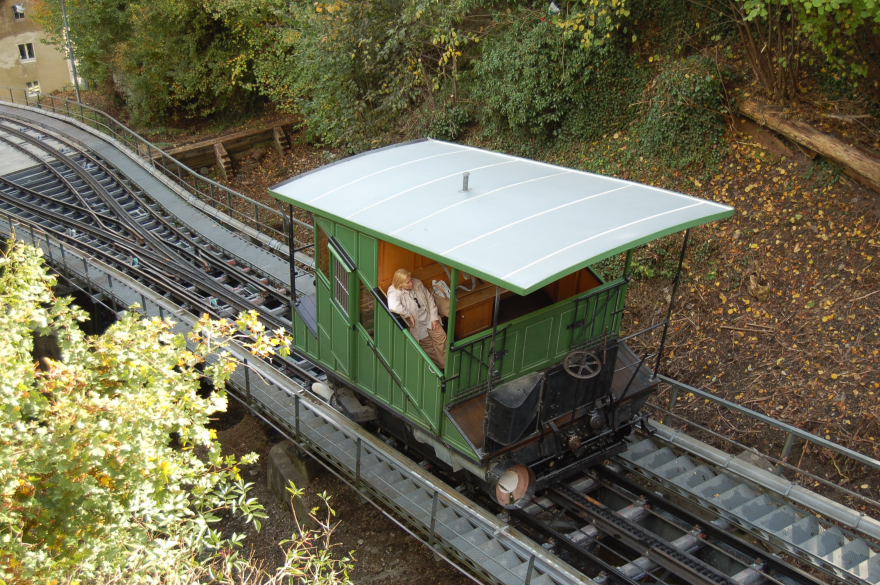 The town of Fribourg, Switzerland is separated in twain by a steep hill. The top of the hill is the city center with Basse-Ville (lower town) at the bottom of the hill. Cardinal Brewery began making beer in Basse-Ville starting in 1788, but moved its operations to the top of the hill in 1802. For years this presented a problem for the brewery workers who lived in Basse-Ville who had to get up the steep hill to work. The problem was eventually solved by Brewery Manager Paul Blancpain and engineer Ernst Strub when they hatched a plan in 1893 to build a funicular railway. It took 6 years to build the thing, with Blancpain dying the year it was finished. Upon completion, brewery employees could get up and down the hill quickly and easily. 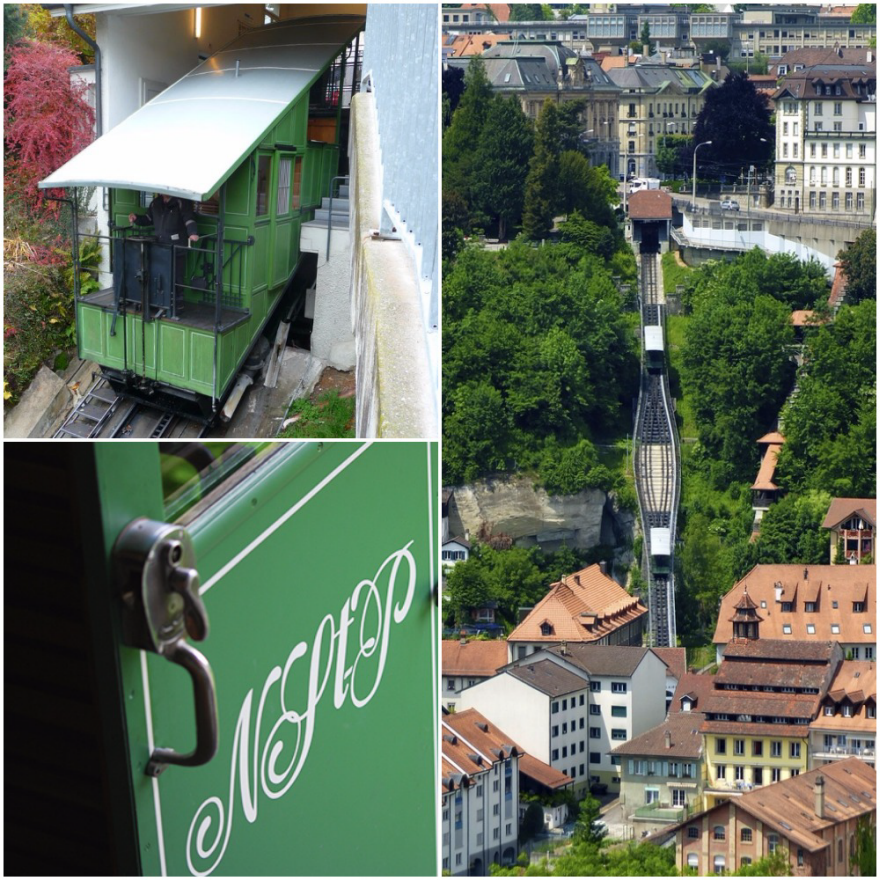 While most of its incline railway contemporaries were steam driven, The Funicular of Fribourg ingeniously used something a city with a brewery has in abundance: waste water. The two cars on the funicular are attached by a cable, so when one car is at the top, one is at the bottom. When a car reaches the top of the hill, a tank below the floor is filled with waste water. The car at the bottom has its tank emptied into the sewer as its passengers get on and off. Once the bottom car's tank is empty and the top car's is full, gravity pulls the top car down, pulling the now lighter bottom car up. 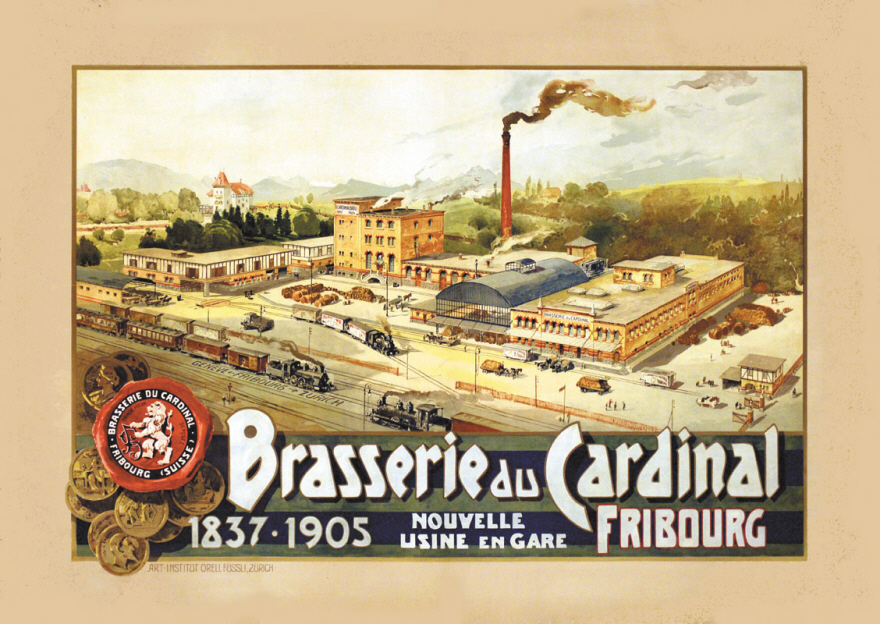 While most of the world's funiculars have been converted to electric power, Fribourg's incline is still waste water powered, shuttling citizens up and down the hill in its little green (nudge nudge) cars. The people of the city are apparently extremely proud of their innovative little people mover, keeping it in top condition for citizen commuters to this day.