5 Product Categories to Develop plus Industries to Avoid

In my last column, I introduced a few tenets of basic product licensing strategy. Namely, that it's unwise to spend too much time developing a concept before getting feedback if you want to do this for a living. To put it more bluntly, you will need to check your ego at the door. Fine-tuning a prototype is fun, satisfying, and ultimately, a form of self-expression. Of course you enjoy manifesting your vision in such a concrete, beautiful way. Who doesn't? But for the most part, that's not what this is about — not at all. Because during product development, the concepts you submit to potential licensees will inevitably change. They always do. If you want to partner with companies to bring your own ideas to market, your focus needs to be on strategy, not highly detailed design.

There are exceptions, of course. Licensing an existing product is entirely possible. And there are legitimate benefits to further developing a concept first, like the ability to negotiate a higher royalty rate. When my student Eskil Nordhaug was unable to find a compact portable video stabilizer for smart phones and action cameras on the market, he decided to design one himself. Rather than trying to license the concept he developed outright, he built a prototype and spent months drumming up support for a crowdfunding campaign. His hard work paid off: Shortly after his Kickstarter campaign exceeded its goal of raising $35,000 by 350 percent, international distributors began reaching out to him. Sometimes getting proof of demand is not just potentially beneficial, but even necessary to secure a licensing agreement. 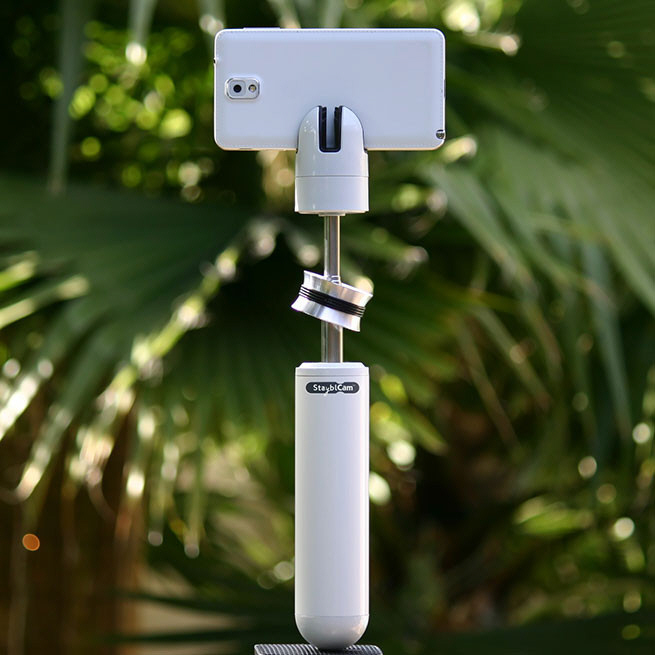 StabylCam by Eskil Nordhaug exceeded its fundraising campaign by 350 percent.

But — and this is an important but — licensing an existing product doesn't happen often. In fact it's quite rare. It's far, far more risky to bring an idea to market on your own and then try to license it. As an entrepreneur, my focus is always on minimizing risk, and my advice is an extension of that perspective. Keep that in mind. Like I've said and will say again, licensing is a numbers game. You've got to stay in the game long enough in order to land one.

At the end of the day, the sooner you get comfortable relinquishing full control, the better. The way I see it, that's a small price to pay! With total control comes great risk. When you pursue a licensing agreement instead of venturing, you essentially outsource the risk of bringing a new product to market. You let your licensee focus on the heavy lifting, like manufacturing, distribution, and marketing. So really licensing is about finding the right partner — a partner that has the existing manufacturing capabilities, distribution channels, retail shelf space, and marketing budget to bring your concept to market quickly and efficiently.

...Licensing is a numbers game. You've got to stay in the game long enough in order to land one.

What kinds of companies should you approach to partner with, then? In my experience, Fortune 500 companies are dinosaurs. They haven't embraced open innovation because frankly, they don't have to. They're market takers, not risk takers. These companies are more interested in letting smaller companies fight it out. When a product is successful, they either create a similar one or buy the startup outright. You'll be able to spot a company that hasn't embraced open innovation from a mile away because they'll tell you they're only interested in looking at ideas that are patented.

The reality is, the vast majority products on the market are not patented. Most products cycle in and out of the marketplace so quickly, patents aren't relevant. And a single patent is never enough, anyway! If you build a wall of intellectual property with multiple patents and other forms of intellectual property, you may be able to dissuade a competitor. But even then, your portfolio is only as strong as your ability to defend it. The most powerful companies in the world aren't able to shut down copycats and me-too products. After licensing my ideas for more than 30 years, I know of only a few people who have licensed their ideas to a major player.


Avoid industries that have limited competition. If there are only two or three major players, breaking in is difficult. These companies have robust in-house design departments and invest heavily in research and development. Examples include the cooler industry (Igloo, Coleman) and until more recently, razor blades. I don't recommend approaching extremely design-oriented companies for licensing consideration either. There's too much competition. Companies like OXO may be willing to look at ideas, but they have such long-standing relationships with design firms, your efforts are more likely to resonate elsewhere.

The toy industry is another I'd avoid because of steep competition. If you're set on developing toys, work in the industry first. When you leave, you'll have the insight and contacts you need to move forward without a toy broker. Fat Brain Toys is an exception. If you have an idea, longtime director of product development Erik Quam wants to hear from you. The packaging industry is similarly challenging, unless you're intimately familiar with manufacturing techniques and processes. I know; I've been in the industry for 20 years now. It can be done, but without prior insight, it's an uphill battle.

Who should you reach out to then? Smaller companies. Midsize is best. These companies are hungry. They need us. Because they're focused on differentiating themselves, they're more willing to innovate.

My students have the most success licensing their concepts to the following industries:

1. Hardware. An enormous industry that is always looking for new products.

3. Pet. Something like half of all Americans own pets. This industry is on fire.

4. Fitness. Not the easiest to break in to, but growing. Read the fine print on the non-disclosure agreements they'll want you to sign carefully!

5. As Seen on TV. Direct-response television companies rely entirely on outside product developers. Patents aren't required, only prototypes. These products have a short lifespan, but there's a lot of money to be made.

Professional product developers don't reach out to these types of companies often — inventors do. Which is another way of saying, they present a massive opportunity for you to put your training to use.