I come not to bury the beehive, but to baffle at it

This week we lost a designer whose work launched 20th century hair to some of its highest accomplishments. You might not recognize the name Margaret Vinci Heldt, but you certainly know her work: Mrs. Heldt's iconic innovation defines its era more concisely than politicians, writers or musicians. 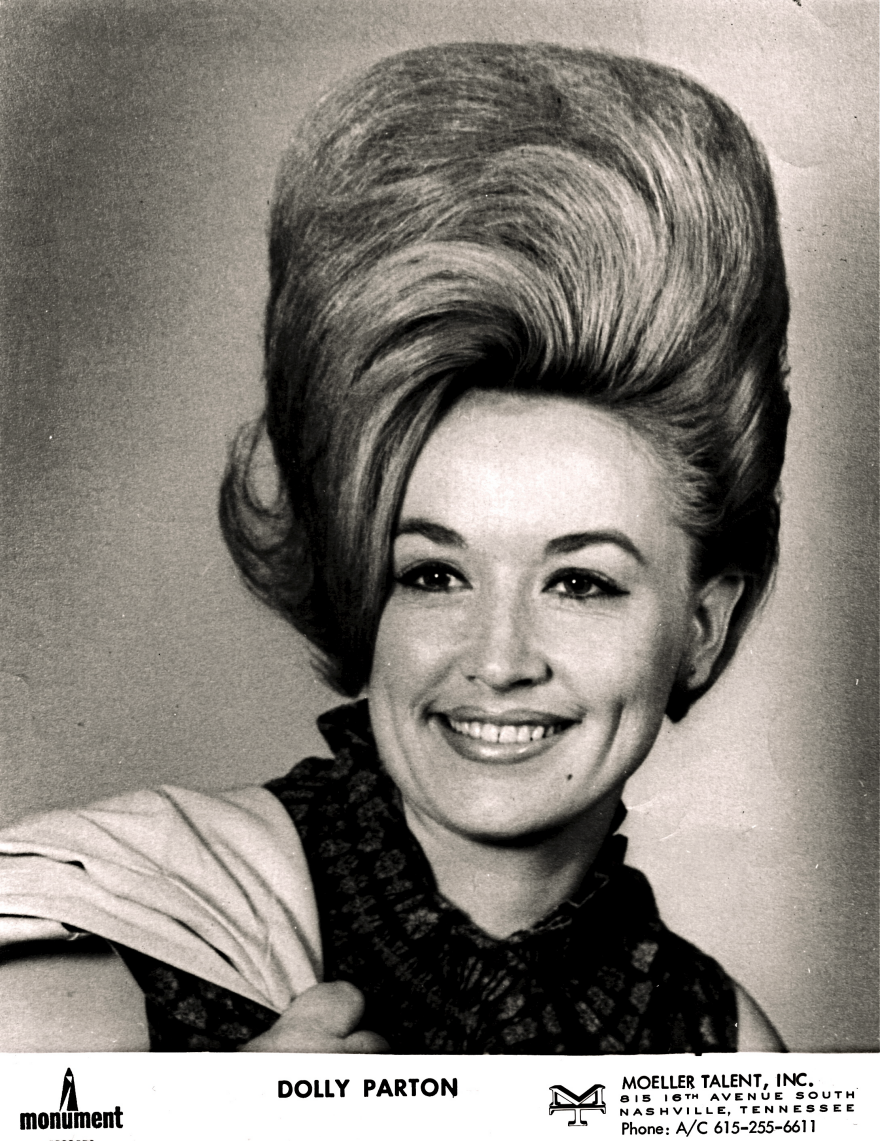 The sudden popularity of the Beehive is hard to explain, as though it stepped fully formed out of its first editorial into every bathroom in America, only to die slowly, entombed in grandma's Jello "salad." But the super stacked style was one woman's conscious creation.

Asked to submit an all-new hairstyle for the 1960 issue of Modern Beauty Shop magazine, Mrs. Heldt debated long and hard before whipping up an unusually frothy tower of hair. The submitted photos, simple black and white snaps of the hairdresser's mannequin, started an undeniably enormous trend. 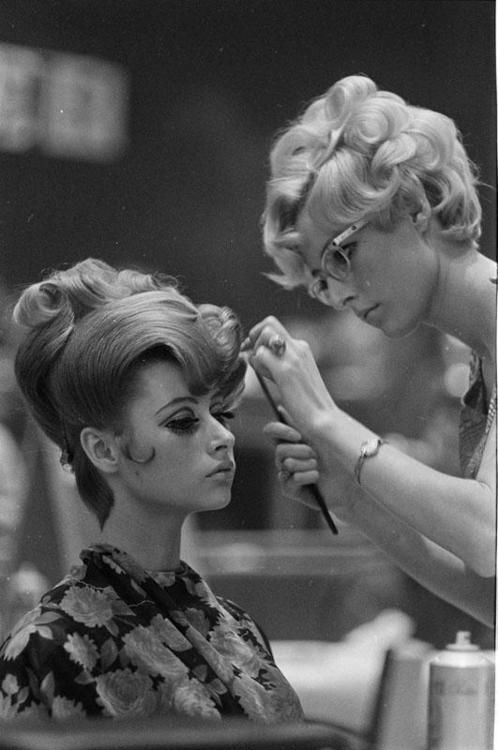 Who had time for this?

The 1950s were hardly free of big hair. In the post-war boom, bouffant styles got bigger and helmetier by the year. But the poofy bobs worn by cocktail sipping moms lacked a certain monumental something that Heldt and her followers would soon supply. The updo was seen as a graceful and classy way to position modern hair, and the Beehive made upward movement into a manifest destiny. 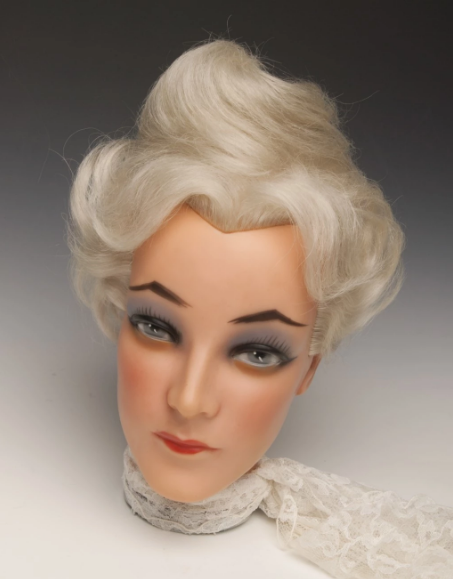 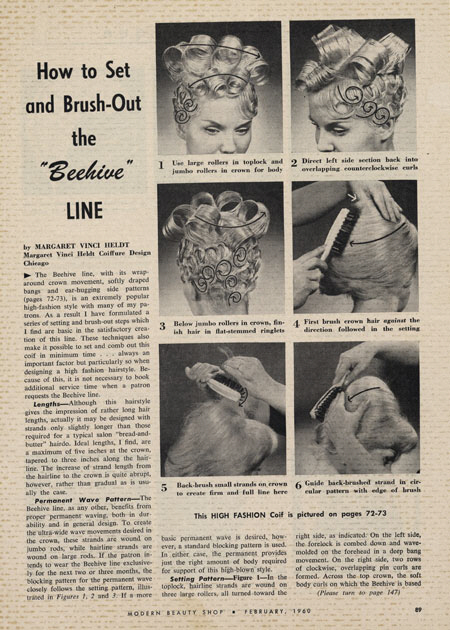 In this debut feature, the Beehive was described as "wrap-around crown movement, softly draped bangs and ear-hugging side patterns." I assume this is clear to hair design professionals, but to the average wearer it really meant piles and piles of engineered hair structures, insane swirls of detailing, and trying not to deflate the resulting concoction for as many days as possible. 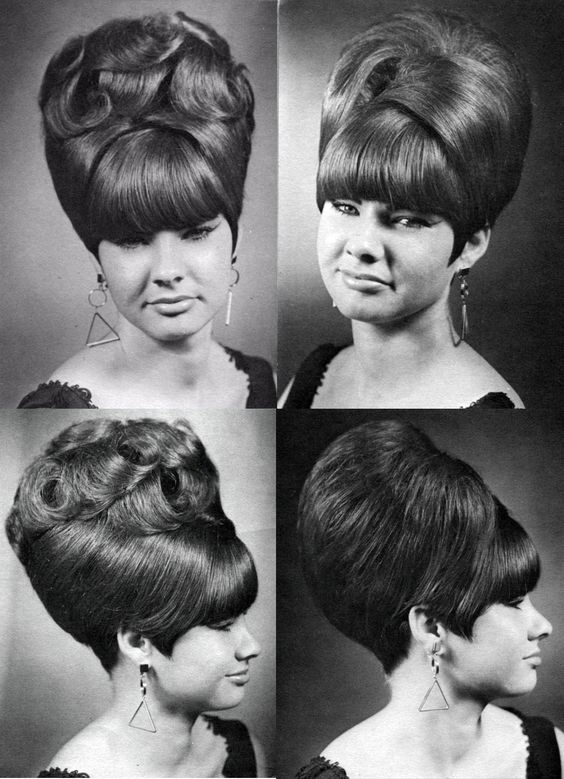 Though it involved aching amounts of curling, back-combing, industrial grade hairspray, and days of pained sleep, this design became immensely popular. Modern beauty industry indulgences like hairspray were on the rise, as WWII engineering and manufacturing saturated the post-war domestic arena. As Heldt herself once remarked, "I don't know how we could have done it without hairspray!" The Beehive's influence on subsequent styles can be seen in hairspray-laden coifs over the last few decades. 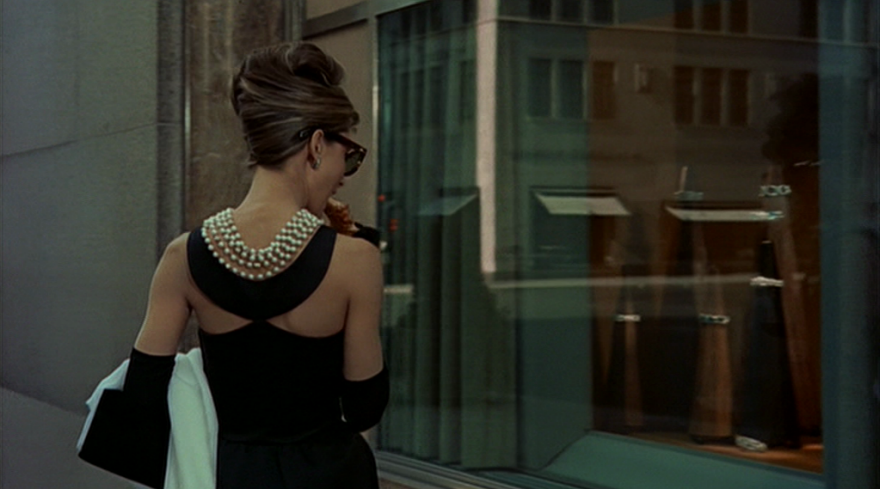 Audrey Hepburn in Breakfast At Tiffany's a.k.a. every white girl's favorite film 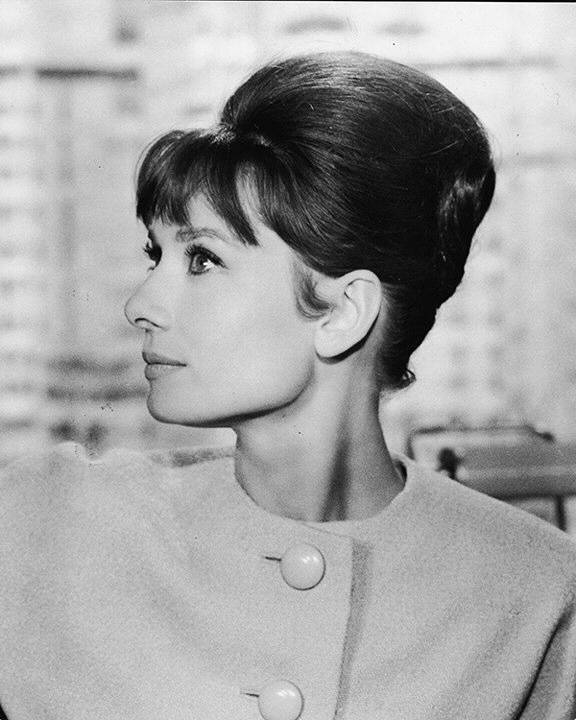 Adopted by glossy stars like Audrey Hepburn, fashionable pop groups like the Ronettes, and tousled sex icons like Brigitte Bardot, it's no wonder the bulging look boomed on women of all ages. A quick search of ladies alive in the 1960's yields intensely Beehived versions of everyone from Barbara Streisand to your Aunt Vicky. 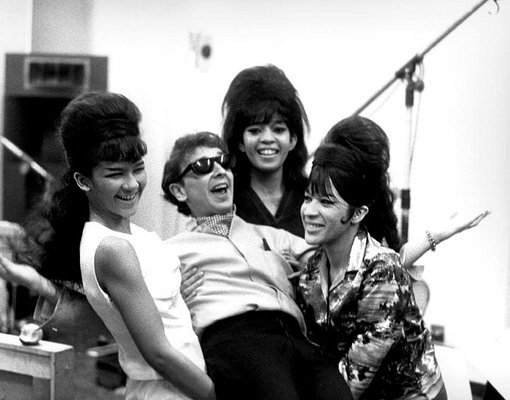 The Ronettes and Phil Specter

The Beehive's mix of high and low culture were likely part of the appeal too. Big teased hair was already a Dolly Parton-esque marker of "fast women" but this smooth updo version shellacked it with class, and hip women could take it as high as they dared. 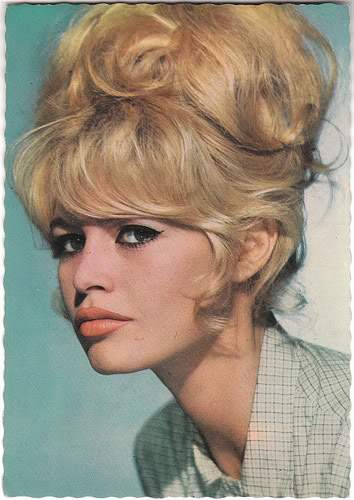 The name came from the bee-ish clip on Heldt's original model along with the mounded shape of the coif, but the style was also called the B-52 for its aggressive avian (some say missile-like) angles. It's hardly a coincidence that the band The B-52s later donned massive beehive hairdos as part of their act. 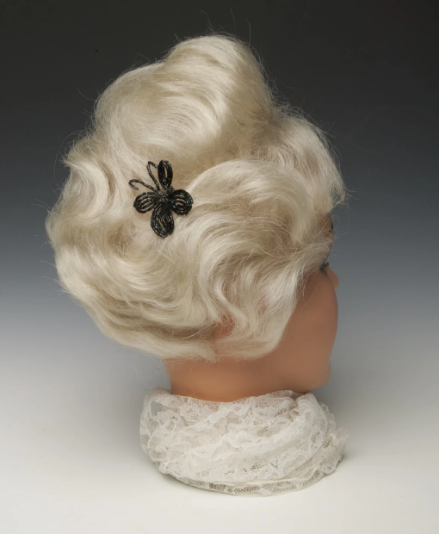 More of a butterfly, really

Since it was new, the Beehive has served as a countercultural reference point for comedy and satire on the excesses of fashion and American culture. From Hairspray to Absolutely Fabulous and every drag queen in between, the Beehive's hair turban is deeply ingrained in campy entertainment around the globe. 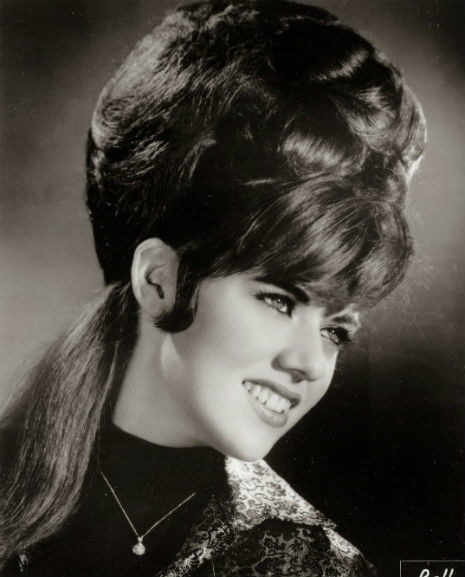 It satirized itself, tbh

Contemporary musicians and actors regularly bulge with modern renditions of the Beehive, proving that the poofy 'do has lasting value for icons as disparate as Amy Winehouse and Beyonce. If its continued appeal seems surprising, a quick Pinterest search will vomit up thousands of soft-focus selfies, chic editorial examples, and how-to blog posts on making a Beehive of your very own. 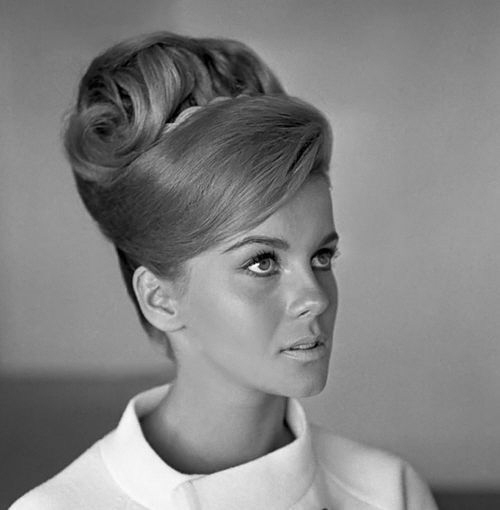 No matter how dramatic, this style's tenacity and creative hideousness might only be outshined by the mullet. Its cycle through wild popularity into revulsion and back into Vogue (literally) has been intense, a bit embarrassing, and probably terrible for the ozone. 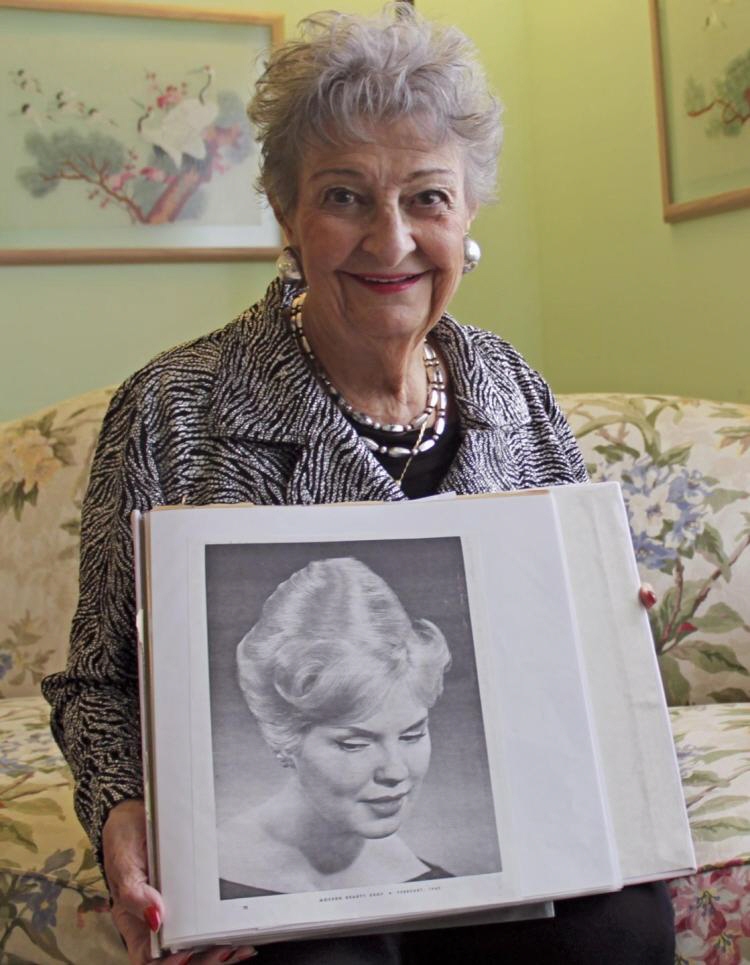 Margaret Vinci Heldt was the daughter of Italian immigrants, and knew she wanted to be a hairstylist from an early age. She maintained her Chicago salon, Margaret Vinci Coiffures, from shortly after her graduation from beauty school through her retirement at the age of 80. Mrs. Heldt died this week at 98. She is survived by two children and six decades of posh, odd and literally over the top hairstyles.