Can Art and Science Recreate our Mythologies?

design fiction that questions the impact of future technologies

Spunitko! (a.k.a. Hiromi Ozaki) creates works that directly confront issues faced by contemporary society. Through projects in design fictions, she questions the impact of (future) technology on human biology.

She recently presented Red Silk of Fate — Tamaki's Crush, another collaborative project with scientists from NIAS that examines the implications and possibilities for biotechnology, by embedding the love hormone oxytocin into silk. This project is inspired by East Asian mythology, where the gods tie an invisible red string between those that are destined to be together; it is similar to the western idea of a soulmate.

In the film Red Silk of Fate - Tamaki's Crush, a story unfolds around the protagonist Tamaki, an aspiring genetic engineer, who engineers her own "Red Silk of Fate" in the hope of winning the heart of her crush, Sachihiko. She sews the genetically-engineered "Red Silk of Fate" into her favorite scarf in order to win the love of her dreams. 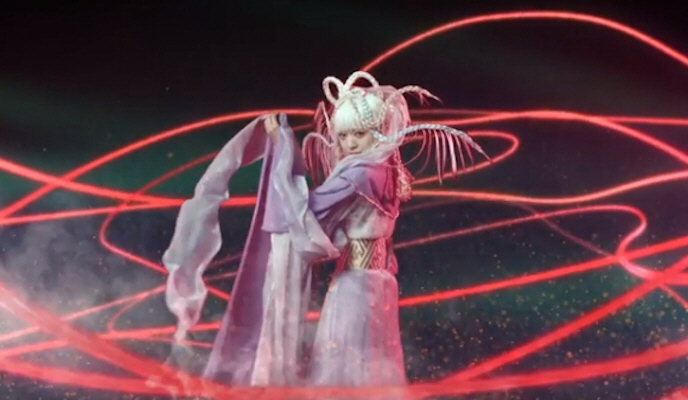 The project is exhibited at the Teshima 8 Million Lab, a permanent pavilion on the Japanese island of Teshima that raises questions about our future through presenting ideas in science and technology. Sputniko asks through this project:

"Will art and science recreate our mythologies?" 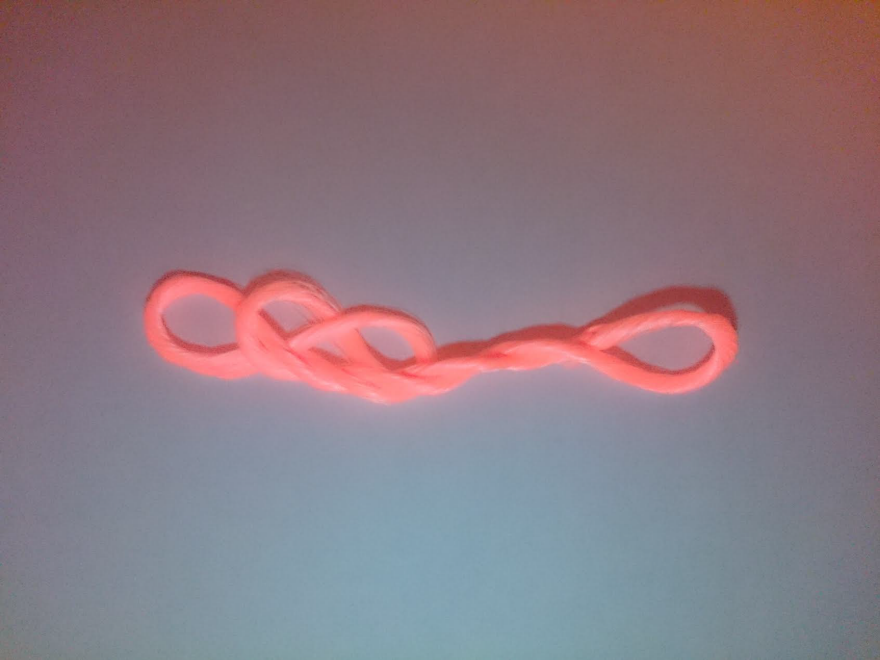 Photograph of the first "Red Silk of Fate" engineered by NIAS. Photo taken by Professor Hideki Sezutsu (December 2015)
The silkworms' eyes glow when they're genetically engineered to produce RFP/GFP.

Can Art and Science Recreate our Mythologies?