This Artist Has A Tattoo Gun For An Arm

And it works, and it's awesome

Just when I thought I'd gotten over my Mad Max: Fury Road obsession, the internet had to remind me how cool and badass prosthetics can be. JC Sheitan Tenet is a French tattoo artist who lost the lower portion of his right arm over two decades ago. But this week, thanks to a collaboration with sculptor Jean-Louis Gonzalez ("Gonzal"), he's turned that arm into a tattoo machine and he's starting to use it. 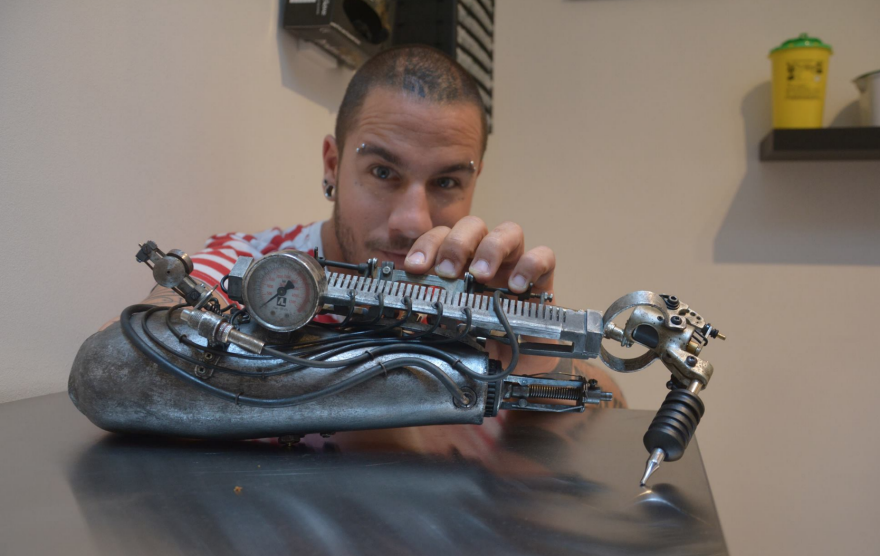 Gonzal's sculptures lean dark and Geigery, and often blend mechanical and organic elements. Tenet's art is also dark and gritty. The two crossed paths at several tattooing conventions and events, and after appreciating each other's work, Tenet floated the idea for an art project using one of his old prosthetics.

The resulting piece looks too steampunk to be true, and they initially described it as a kinetic sculpture, but the prosthetic tattoo gun is real and functional. Not long after receiving it, Tenet was able to draw and complete tattoos with the badass new arm.

The pair's design challenges included accounting for the weight of a tattoo machine, keeping its cords routed safely, and allowing the artist sufficient freedom of movement. 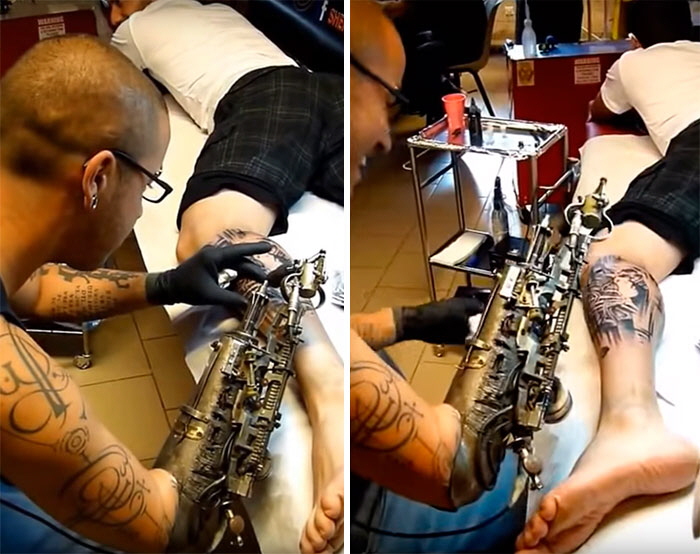 According to Motherboard, the apocalyptic looking appendage uses parts from a sewing machine and a record player. The assembly is moved by shoulder, and the two have hopes for developing even more articulated versions in the future.

The arm was "unveiled" for use at the Tattoo Motor Show 8, and you can see it in action here. (If you haven't seen this video, be warned, it might make you wish for fewer limbs and/or more tattoos.)

You can check out more of Tenet's work on his Facebook, and see Gonzal's sculptural work here.

This Artist Has A Tattoo Gun For An Arm