Fight water with water. It's better for the environment

How much damage could be done, monetarily speaking, if your home was flooded with more than two feet of water? Insurance might cover it, though you'd have to fill out paperwork and wait for months or years while rot and mold set in. In the meantime you'd have to replace any floorstanding appliances, possibly your car, and repair whatever structural and electrical damage had been done.

Texas homeowner Randy Wagner did some math and figured that the cost of flooding damage to his home would far exceed $8,300--which is what he paid for an AquaDam, a clever, water-filled take on sandbag dams. Wagner's bet paid off handsomely: When flooding hit Brazoria County, Texas earlier this month, Wagner preserved a miraculous island of dryness for himself and his family, while the neighbors all got washed out. Take a look:

The brilliant AquaDam was invented by a fellow named David Doolaege in the 1980s, when he observed that "Sandbagging was the way of choice to control floodwater, but [building dams with them] was slow, costly, and labor intensive."

Doolaege realized that all sandbags represent is weight and mass. So why not fill a bag with water? It weighs a lot too, and there is plenty of it in any flood situation. Why not use the onsite water that is causing the problem and make it part of the solution? 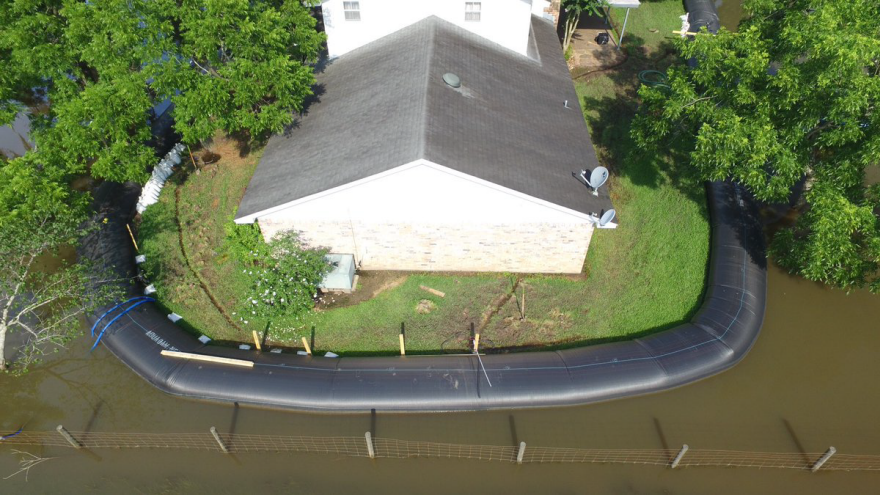 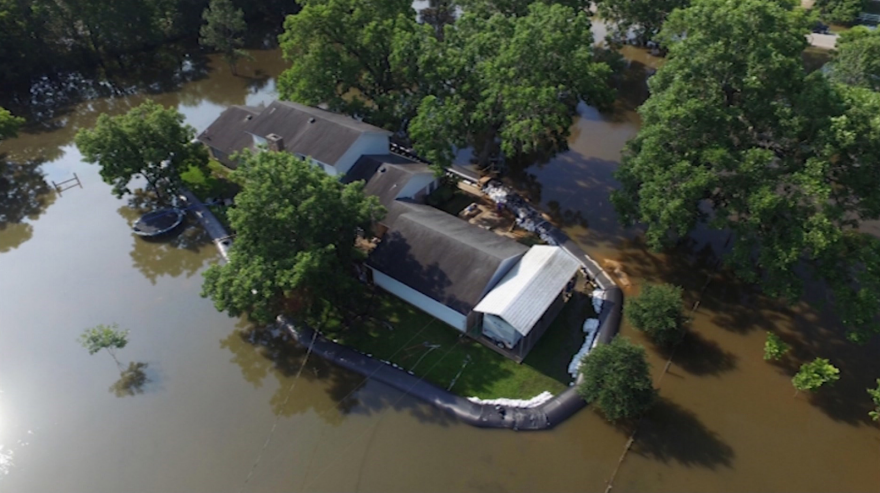 Interestingly enough, fighting water with water is not only more logical than using earth, but has environmental benefits when it comes time to empty the dams:

…Old methods of earthen fill discharge did not comply with the new [at the time] Clean Water Act guidelines. Earthen fill-material discharges associated with cofferdams caused severe environmental damage, according to the EPA. They were happy to see [Doolaege's idea] being explored.

CalTrans remembered him when they had to deal with a large landslide that had fallen into the Eel River. They decided to use water-filled cofferdams because a female Bald Eagle and her chicks were roosting almost directly across the river. Water turbidity from the job site, using conventional methods of earthen fill discharges to create the needed cofferdam, would cloud the river substantially. This would impair the eagle's ability to fish that portion of the river.

You can learn more about AquaDams here.