What do you do when you come up with the idea for a business that defies categorization and tried and true entrepreneurial norms? When it comes to going out on your own and starting your own business, the truth is there is no handbook and it's almost always daunting. So where do you find the right support system when you're pioneering new ideas and new ways of doing something?

"That's the thing that is a little bit tough about the moment that we're living in," explains Julia Kaganskiy, director of the NEW INC incubator program. "A lot of the safety nets that used to exist are disappearing—whether it's things like funding for the arts or more permanent jobs. So everything is becoming a bit destabilized in that way, which puts a lot more pressure on the individual to be more entrepreneurial and figure out a strategy for themselves. This is being sold to us as empowerment, but in reality it just means that everyone has to be an expert in business, marketing, PR, design, all of these things, and we can't pretend that it's realistic to expect that of people." Not long ago, all these aforementioned responsibilities were held solely on the shoulders of whoever was going out on their own and venturing into new professional territories but nowadays, institutions and co-working spaces are starting to catch on: many freelancers and entrepreneurs need help. 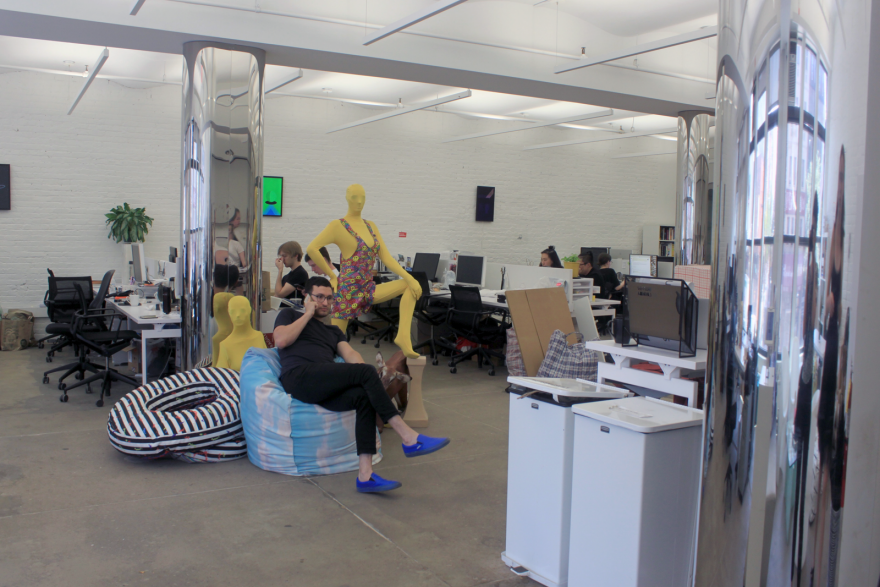 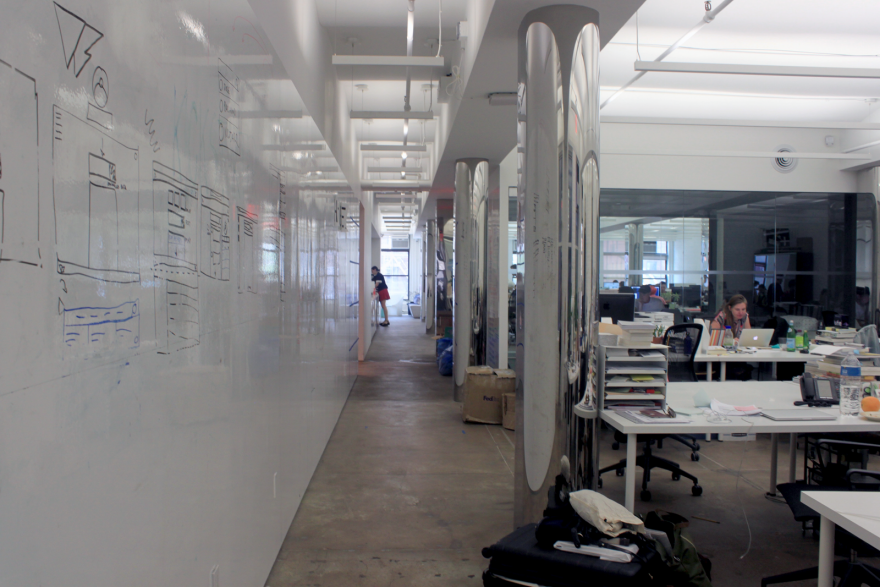 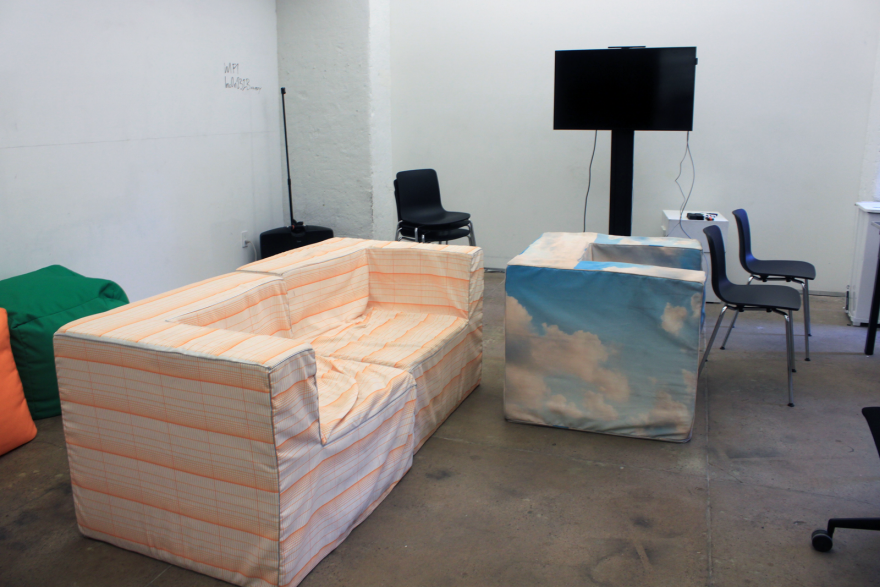 NEW INC, a program at the New Museum, was founded with a mission to help artists and creatives working at the intersections of art, design and tech. The incubator hope to fill this void in the professional world. The physical space, nestled next to their mother institution, houses more than 80 carefully selected members each year and operates as much more than a simple co-working space; it's also an immersive professional development program. The program is meant to help emerging businesses with anything they might need particular assistance with, whether it's legal, branding and marketing, tech, finances or business models. Kaganskiy tell Core77, "there's been a lot of interesting program design stuff that has been fascinating to me—and I think the piece that I didn't realize coming into it—is that we were kind of building an education program."

As Kaganskiy explained, "first and foremost we focus on getting the right people in here and the right community." When Core77 visited the space, it became evident how much the community shaped the dynamism of the program. Speaking with different companies within the incubator, it was easy to see how their individual missions fortified the progressiveness of the environment and shaped the direction of the educational program. Another element that became clear throughout our conversations were how important it is for these innovators to have a space where there are like-minded individuals around who may be able to help propel their visions forward. "[NEW INC] is like an office with much better water cooler conversation, because we all don't work for the same place," says NEW INC resident and Hello Velocity co-founder Kevin Wiesner. He also notes:

"I think [here] we run into people with skill sets that happen to coincide with ours in interesting ways. Like we were doing this project over the winter and we were looking at making clothing with AR markers on it so that you can take photos of people, and in that space we envisioned an auction system...And so we were just sitting here talking about that first and then [a NEW INC colleague sitting next to us] said 'Oh! I was just learning how to use Euphoria, which is this unity plugin that does AR recognition. Let's put together an app prototype, because I'm interested in learning this.' And we were like 'Great! Because we have no idea how to do anything with AR.' We just had this silly advertising concept we wanted to explore. So that dovetailed really nicely. It's perfect having all these people in these rooms."

Hello Velocity notes that NEW INC ultimately helped them turn something that was originally a hobby of creating odd interactive tech programs into a commercially viable business (they now create these apps and websites for viral advertising promotions of big brands, like their newest project called MeatFace for the dating app Siren). 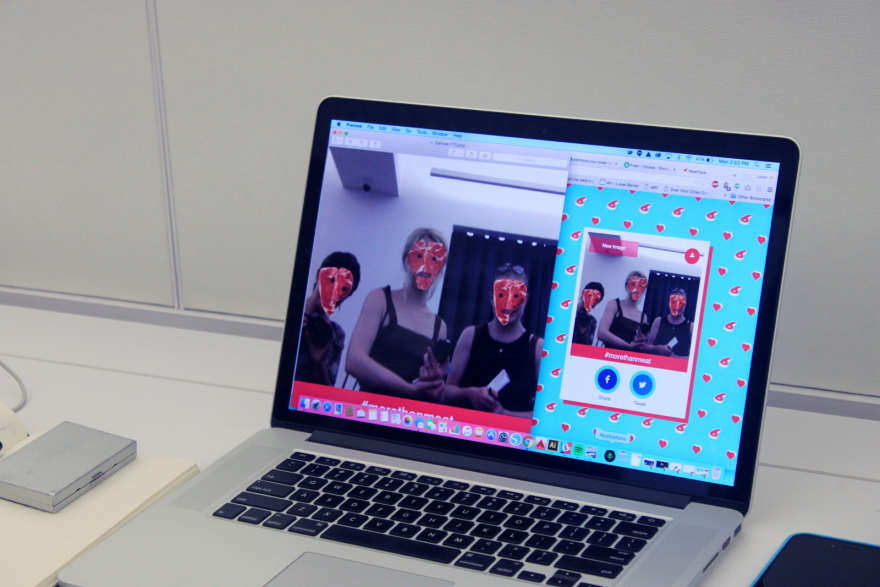 There's also Susan Taing of Bhold, a 3D printed object product design studio whose core business innovation lies in how Taing tests the success of products with consumers. "I do beta testing, so that's where it could be considered crowd sourcing, but after the initial product concept, designs sometimes go through 50 to 100 [prototypes] before completing," says Taing. Bhold rapid prototypes and releases digital files of their design iterations to testers around the world, which those users can then test out and critique. "Before [scaling our testing globally], I worked with a community of testers that I recruited in person, but the reach is now much greater. The program came about because as I iterate, I can get real world feedback on whether a design is working well. Sometimes the products completely change shape in the process," Taing tell us. Bhold is the first company of its kind to test physical products rigorously in the same way you would beta test a digital product. 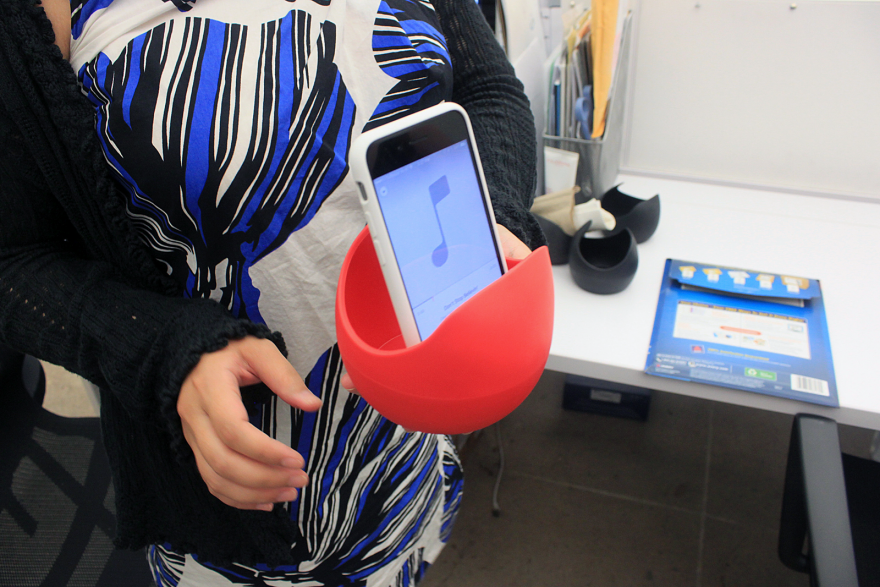 One of Bhold's products, the Bheard Sound Pod speaker for your smartphone 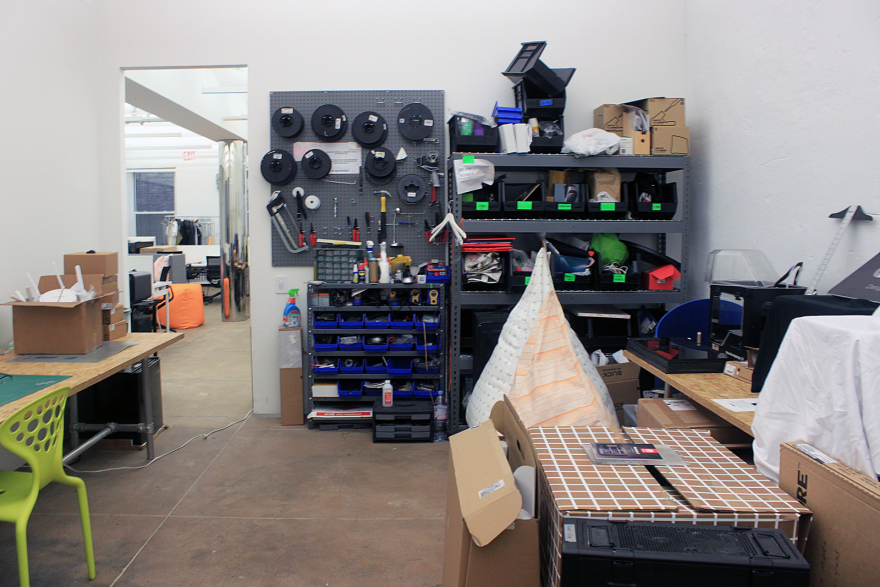 A common sentiment we heard from residents throughout the duration of the tour is that until NEW INC, they felt they wouldn't be able to find a literal space that could fit their very nuanced missions, or didn't feel like those spaces supported the idea of adapting to their resident's needs. "When NEW INC started they said they found that people who were at the intersection of tech and design were kind of lost out there", says Taing. And as Kaganskiy aptly notes, it's important in the changing world of business for entrepreneurs to realize these breaks from the status quo can often mean unique opportunities for success: "when you start to break down these very, traditional, formal, notions of what art or design or business looks like, the context for which they exist and how they're presented and how experiences by people start to disintegrate a little bit. And so trying to forge your way through this kind of murky water is a lot of what we kind of end up working with people on."

Given the fact that almost every creative nowadays is, as Kaganskiy puts it, a "hybrid practitioner" working simultaneous in fashion and technology or art and wearables, the need for these nurturing spaces is becoming evermore pertinent—and lucky for innovators working outside normal realms today, more and more places such as this seem to be popping up.

Learn more about NEW INC's startup incubator and how to apply for their program here.