Discussing design as an expanding discipline and cultural agency

For the past 15 years the 3D Design program at the Cranbrook Academy of Art has been led by Scott Klinker. While he understands commercial design–having worked as a designer for Ericsson and IDEO as well as having licensed furniture to Offi, lighting for Fab.com, and accessories for Alessi—he also knows that design can be expanded.

As research for a book project on discursive design, we spoke with Scott about design as an expanding discipline and its cultural agency. Below is an excerpt from that discussion that helps lay some groundwork for what design can be and do, and how designers might posture themselves within the profession and beyond.

Stephanie and Bruce Tharp: Part of our rationale for theorizing the 'four fields of design' was to help make sense of the incredible breadth of work that falls beneath the rubric of Industrial/Product Design. Do you see a need for such clarification?

Scott Klinker: Absolutely. Design today is not just one thing. It's several different discussions - often with different audiences. For me, the Memphis Movement of the 1980's marked a significant moment in history when the field of Design split into two separate but overlapping discussions: one we could call 'Industrial Design' and the other called 'Design Culture.' Industrial Design continued on its Modernist, rational path – focused on a context of mass production addressing all of the inherent constraints of industries and markets, including cost, scale, use, manufacturing techniques, business strategy, etc.

Meanwhile, Memphis ushered in a new (and parallel) discussion inspired by postmodern conditions which were not rational and not about designing for the masses. Memphis created 'Design Culture' and freed the field of its myopic obsession with mass production. The 'mass' context can be severely limited by conventional ideas. If we only designed for what some statistical 'user' understands, then we would never propose any new ideas. Design Culture is more focused on cultural production – the insertion of new ideas into society – and recognizes that human needs are very multi-dimensional. Therefore, Design Culture is more experimental and provocative – providing a space to test new ideas for their own sake.

Professional Industrial Design answers directly to the market, and is intellectually limited by that context. Design culture, which includes your Responsible, Experimental, and Discursive categories, is not limited in the same way. It's useful to distinguish between these two discussions. Industrial Design needs Design Culture to advance and grow. And yet, in America especially, there are extremely few institutional resources dedicated to discursive platforms for Design Culture. This may be the reason why the American scene has a limited intellectual edge compared to other places like the Netherlands, Italy, or the UK. 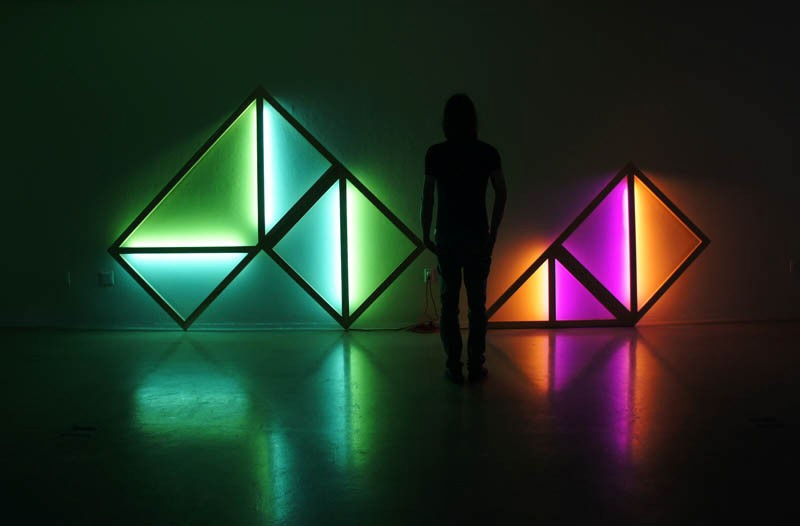 If you see this seeming lack of organization/theorization as a problem, do you have thoughts about how to address it? How do you feel about the establishment of categories? Are there (other) design taxonomies/typologies that you find useful to help categorize/differentiate the broad range of work being done today?

Mostly it requires our professional, cultural, and educational institutions to get on board in recognizing these separate discussions. This is why our professional design organizations, for example, sometimes seem outdated. Young designers know that design is about more than plastic injection-molded parts and user-centered methods. The American scene in particular seems to have a shortage of platforms for these new discussions to emerge.

As for other typologies, it may fall squarely under experimental design, but there seems to be a strong space emerging in the overlap of Craft and Design. I usually call this area 'Fine Design' (like fine art) because it's about unique objects (not mass objects) and is usually presented in a gallery context. Here, the emphasis is often on inventive materials and processes, but without the goal of mass production. A further sub-category of this Design/Craft is DIY, which is also a growth area. These conceptual spaces suggest mass creativity rather than mass production. It's as if YouTube is mass-producing new skills.

'Design Thinking' and strategy is also a growth area, but pretty clearly falls under commercial design. The interesting aspect here is the shift from giving form to objects toward giving form to innovations in products, services, and business models. 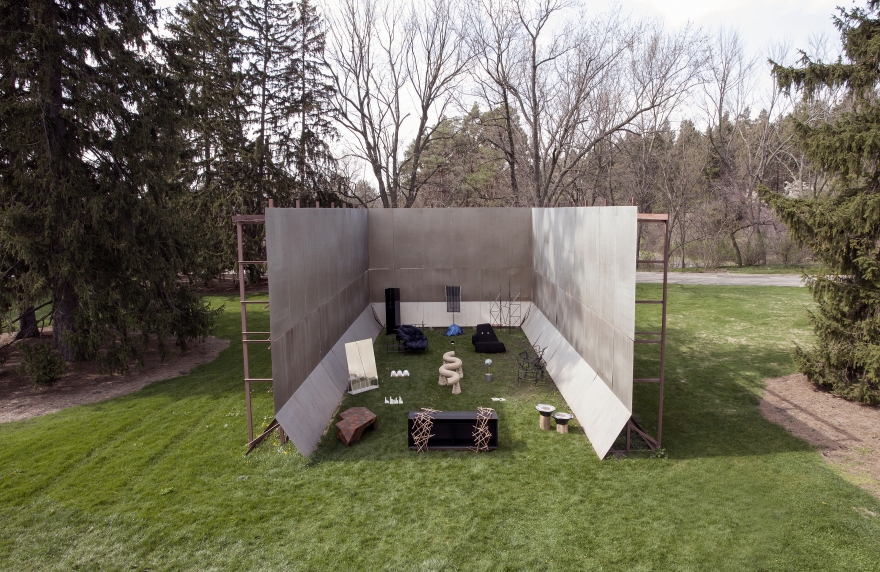 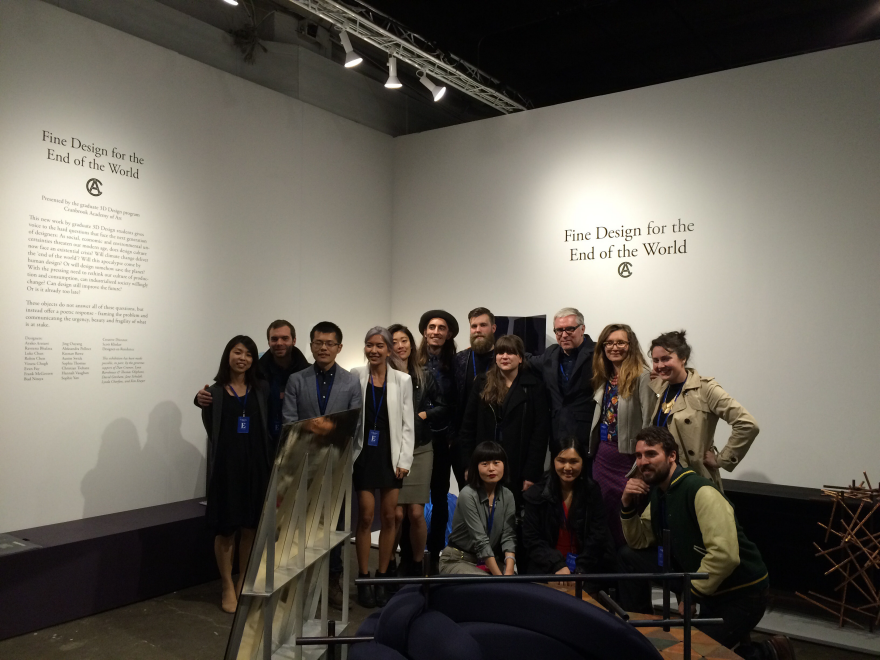 If in your opinion you think that product design needs to change or evolve, what might that look like or begin to look like? Why is this important?

The Industrial Design profession puts so much emphasis on problem-solving and user-centered research. These obvious rational processes may lead to rational products, but they rarely lead to inspiring products. Design Culture on the other hand, is often propositional—suggesting new behaviors, rather than catering to existing ones. This is cultural production, not rational problem-solving. It moves the culture forward with new ideas. Of course, this is what design aspires to do.

Lately, when I speak to friends in the design profession, it seems that traditional product design form-giving is evaporating from the American scene—or at least this kind of work is being done elsewhere—like China where design services are more affordable and designers are closer to the factories. Big consultancies (like IDEO, for example) aren't known for this kind of form-giving any more. Fewer design offices are asked to deliver objects now. Instead they deliver 'innovation' - ideas and strategies about products, services, and experiences. It's not that crafting objects has disappeared totally (it's still a required talent), but the ideas behind the objects are so much more important now. When markets are mature and crowded, there is a need for new ideas to capture market share. Designers need to be idea people in addition to being object makers. To some degree designers have always been idea people, it's just that as our markets mature and become more sophisticated, our ideas, ways of making, and cultural awareness must also mature.

If you accept discursive/critical design as a type of design being practiced today, how important is it? Why?

Done properly, it can be very important. Its primary role is to ask questions of our culture and inspire the public imagination with new visions. For example, it can expose the underlying values of our technologies and call them into question. Technologies are not 'value-free'. Technologies enable a set of behaviors and psychologies that shape our culture. Critical design will often 'try on' a new set of values embodied in a polemic design proposal. It becomes a way of visualizing how our values may evolve (for example, when cheap oil is gone). This type of work is especially important now as our society shifts from the values of an industrial and information age into a new networked, sustainable age. 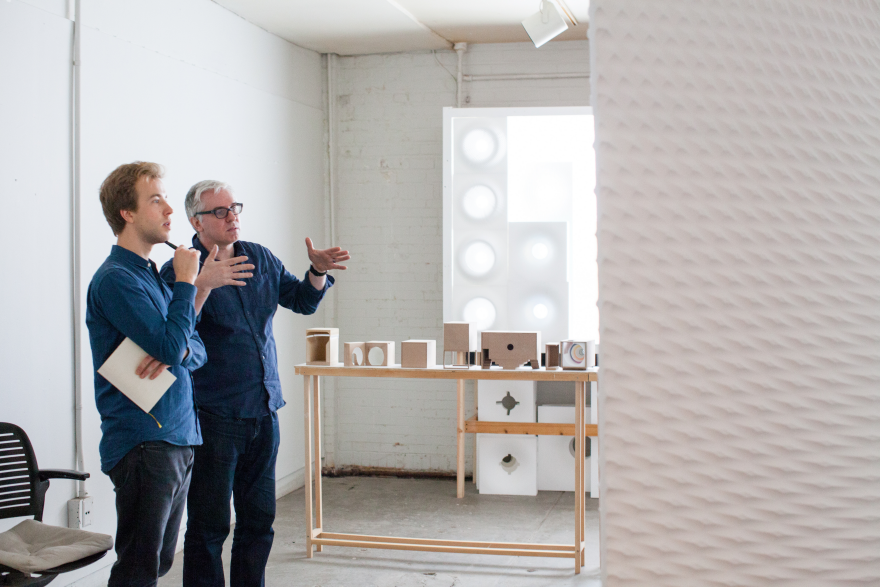 An important aim for our book project (tentatively entitled 'Discursive Design: Critical, Speculative, and Alternative Things') is to establish a more intellectual sub-field to the ID discipline, helping to legitimize design work that is non- or para-commercial. Do you have thoughts or concerns about the relationship between design's potential and the market?

Design Culture needs a free space that is autonomous and thinks independently from the market, where ideas are considered for their cultural merit and not judged solely by their contribution to the bottom line. Do we judge films or literature only by the box office numbers? No. We praise human stories that are worth hearing because they make us see and feel the world around us in new ways.

How do you think design compares to other 'sister' disciplines (GD, Architecture, Fashion) in terms of an acceptance of a critical and/or intellectual practice?

Industrial design has been slower to accept a role in pop culture compared to the fields of graphic design, architecture, fashion, music, or cinema, and in some ways this has stunted its cultural and intellectual maturity. Historically, ID has been culturally conservative for a variety of reasons: mass production is for a mass audience so forms tend to be generalized rather than specific, and mass production has a heavier material footprint than these other fields (with the exception of architecture) so forms tend toward 'timeless' rather than experimental. Outside of the constraints of mass production, other areas of design culture have been more engaged with cultural and intellectual questions – for example the space of Fine Design is about making unique objects and experiences for the gallery rather than industry. These new areas of design culture are expanding the discussion around design from a purely pragmatic and commercial context toward a more cultural and artistic context.

In your opinion, what makes a discursive design project successful?

It should portray an alternative reality, but one that is connected to the one we live in. It should reach beyond everyday commercial design concerns into the 'unknown'. That is, it should be a question as much as a statement - causing viewers to question the status quo. Good art does the same thing – giving us a moment to 'look again' and question the world around us.

However, discursive design does not always need to be didactic or polemic. Some discursive work is simply poetic – expressing a mood or attitude that you probably won't find in a mass market. For example, Cranbrook staged an exhibition called 'Fine Design for the End of the World' at the Collective Design fair in New York this year. The collection was a critical reflection on design's contribution to climate change. As a group we hoped to evoke the unspoken, pre-apocalyptic anxiety that seems prevalent today. Discursive design can have a therapeutic value by bringing up an uncomfortable topic and asking us to talk about it.

Do you have any tips / thoughts / advice to young designers who are interested in doing this type of work?

Discursive designers create design 'fictions'. Look to others who tell stories, like writers and filmmakers, and learn to build a world around your idea. Like all creative pursuits, it's important to align your projects with resources (like a client or a patron), which can often be the hardest part of the equation. So, inserting some entrepreneurial spirit into your creativity is almost always needed.

What can designers do to help establish a more critical position in industrial design, if you see this as important?

Again, I see the need for more critical institutions. Demand more from your schools, from your museums, from your professional organizations, from your magazines or blogs. Or start your own. New social networks could do wonders for a grass-roots design intelligentsia.

Secondly, demand more from your own practice. Create a balance between commercial projects and cultural projects so that you continue to learn and stretch the boundaries of your own thinking.


Thanks very much, Scott, for taking your time to share your thoughts and insight with us!