Danger, design, lawsuits, and why you should always anchor tall furniture

Earlier this year, a two-year-old in Minnesota died when a Malm dresser from Ikea toppled over and crushed him. You may remember that Ikea was in the news for something similar in 2014, when another two two-year-olds suffered the same fatal mishap. (See: "When Furniture Kills:" Let's Cut Through The Hype.)

Yesterday Lars Peterson, Ikea's U.S. president, told NBC that they're issuing a massive recall for nearly 30 million Malm dressers. At press time the Malm had disappeared from Ikea's U.S. website. The company is offering to buy back Malm units outright, or to send free anchoring kits to owners who wish to keep them (although these kits were already included with the original purchase). 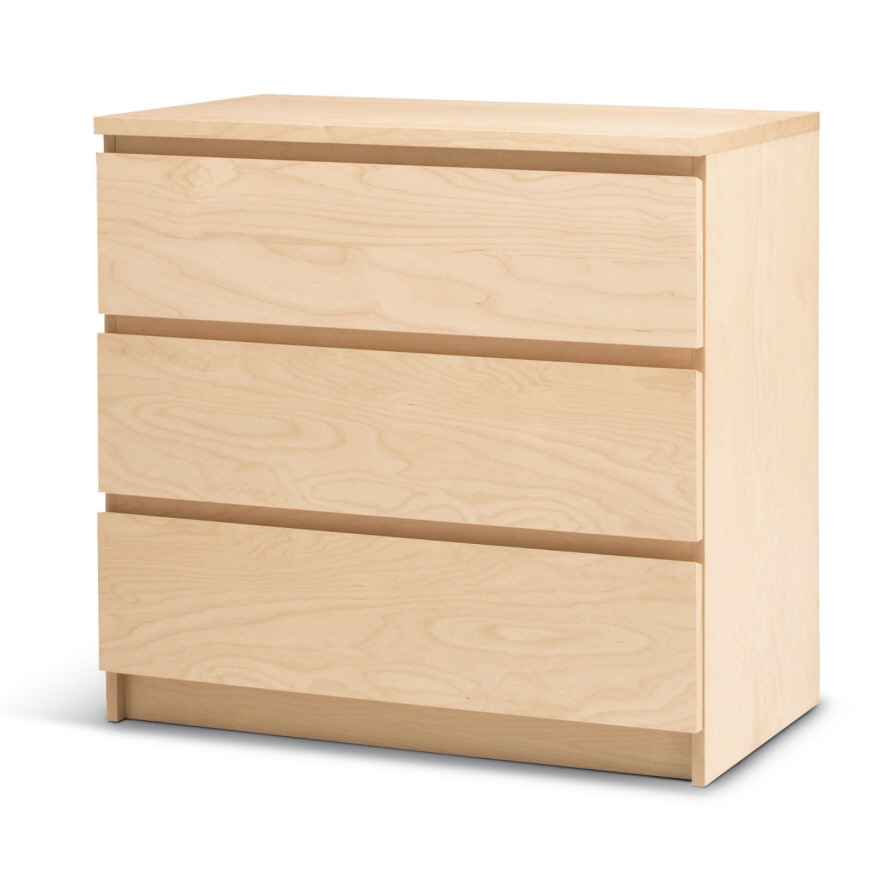 Headlines in U.S. publications are referring to the Malm as "dangerous dressers." The lawyer representing two of the families refers to the Malm as "defective dressers." Reactions I've seen on social media have been predictably shrill, making Ikea out to be merchants of death.

The danger of any dresser presents itself when too many of the drawers, particularly closer to the top, are extended. If a child begins climbing or pulling on the drawers when the bulk of the contents' weight is no longer over the dresser's feet, disaster can ensue. That's basic physics. That's why Ikea includes an anchoring kit and instructions for how to use it with all of their dressers.

It should also be noted that the tipping problem is not limited to dressers and units with drawers. Here's a video from the U.S. Consumer Product Safety Commission from seven years ago, well before the current round of media hype, trying to warn parents of the dangers of unsecured tall furniture, regardless of brand. (Warning: Though there is no actual human harm depicted here, this video is tough to watch, and will be doubly tough for parents to watch—although they certainly should.)

Now let's add some perspective here. The death of three children is horrible, and our hearts of course go out to the families that have had to go through this hell. A total of six child deaths can be attributed to Ikea dressers if we go all the way back to 1989.

According to the CPSC, a child dies every two weeks from having furniture or a television fall on them. Spread over 27 years, that's 2,808 deaths. That means Ikea is responsible for less than 1% of all furniture-or-TV-based child deaths, at roughly 0.2% over that 27-year period.

Yet it is Ikea, and not any of the other manufacturers "responsible" for that other 99.8% of the deaths, that is being sued by two sets of parents.

Which is what all of this is really about: Not a design defect, not manufacturing negligence. This is about suing people, this is about hiring lawyers to enact court proceedings that will move money from one bank account into another's. The reason that you don't hear about lawsuits involving that other 99.8% is because those are spread out amongst myriad manufacturers. Ikea, in contrast, presents a big, fat, highly visible, singular target.

Some people will say that these lawsuits are about highlighting child safety. Well, according to the CDC, two children drown in America every day. If we plug that into the 27-year figure that's 19,710 deaths. Water kills a lot more children than furniture. To be more precise, water is 3,285 times more likely to kill a child than an Ikea dresser is. But we don't hear about a lot of swimming pool installers being sued nor bathtubs recalled.

There are at least two takeaways here. First off, if you live in a household with children and own tall furniture of any variety, PLEASE take the time to anchor them to your wall. If you have friends who are parents, please urge them to do the same. And if you or they don't know how to do it, you'll find plenty of videos on YouTube demonstrating the process. You might need to spend a few bucks on a drill, a studfinder and/or some wall anchors, but it's money well spent.

Secondly, let this be a lesson to those of you that design/build/sell your own furniture. If it's something tall and you've not designed in some type of anchoring system, and ensured that your customers know about it, you might be asking for trouble.