Imagine if you could "draw" circuits without needing to solder. It sounds crazy, but a Tokyo-based company called AgIC has made it a reality, by developing silver-containing conductive inks (hence the company name: "Ag" is the elemental symbol for silver, "IC" = Ink Circuit). Here's a demonstration of a magic marker containing their ink:

The fancy editing with those off-camera cutouts comes courtesy of Kandenko, a Japanese infrastructure company for whom this commercial is for.

AgIC, by the way, has been working on the ink since 2011, and became successfully Kickstarted as a start-up in 2014. "[We've] developed innovative technology to print circuits, using a regular inkjet printer and cartridges with the silver conductive ink," the company writes. "The ink dries in a few seconds and becomes conductive instantly when the traces are drawn on our special photo paper. You can make circuits exactly as you use a printer using ordinary ink at your home and office."

The company subsequently held a second Kickstarter (also successful) for the marker—which is erasable, no less—in 2015.

Sadly, the markers are apparently no longer for sale, though it's conceivable you could make your own with some tinkering: The company sells Prototype Ink Kits for use with Epson printers that use ink tanks rather than cartridges, so that the user can refill the existing tanks. It's conceivable that you could purchase the ink and fill your own marker. 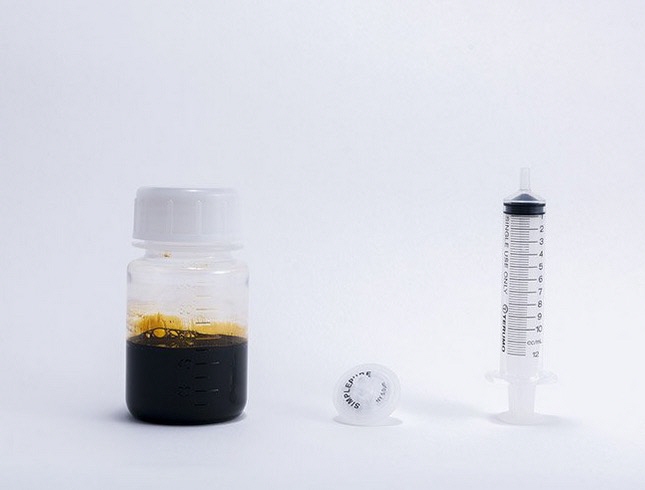 What we'd love to see in the future: All of those wayward kids who tag up city buildings with markers traveling around with backpacks full of LEDs.