How one app might save you from an accident

Between checking emails, Snapchat, Facebook, Pokemon Go or reading the latest Core77 stories, the demands of our mobile apps has turned our leisurely commute into an extension of our social and work lives. It was this anti-social phone-zombie behavior that struck me as isolating when I first moved to New York. In a city with so many commuters that there is frequent (and annoying) pedestrian gridlock, the lack of human-to-human interaction is striking. There's something refreshing about exchanging a smile with a fellow commuter and engaging with your environment. In an efficiency-obsessed age with countless distractions, living (or commuting) in the moment can be hard to remember.

Brooklyn-based interaction designer, data artist and Core77 Conference speaker Ekene Ijeoma thinks so too, and saw an issue with the way New Yorkers bury themselves in their phones. He recently created Look Up, a participatory public art app. The aim of the app is to shatter the notion of this self-imposed public isolation by encouraging users to look up and be aware of their surroundings. 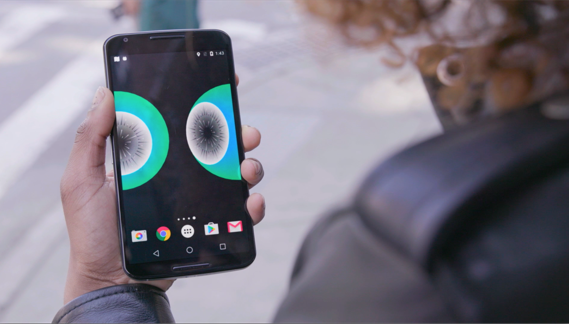 "Look Up hopes to tear down the digital walls we build up, opening us to seeing, acknowledging and valuing the people and city around us."

Using injury and fatality data from Vision Zero, each intersection is rated with an "energy score." The higher the score, the more dangerous the intersection and consequently, the more energy pedestrians should put into being aware of the intersection. Scores, on a safety scale of 1-5, are indicated by the number of vibrations and iris rings on the animation's eyeballs. Through the phone's GPS tracking, the app warns users as they approach dangerous areas. 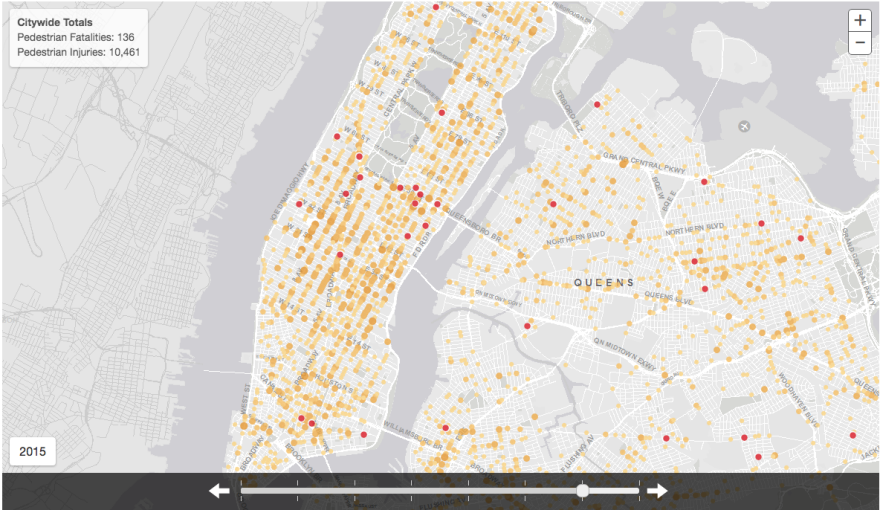 Made with processing and support from Google Creative Lab's Android Experiments, the app is a Live Wallpaper, meaning it runs in the background allowing people to use other apps simultaneously. Look Up can be set to notify users on foot, bicycle or in a car, at every intersection, intersection intervals or randomly.

Currently only available free for Android users in New York City, the rest of us will be anxiously awaiting the iOS release. Let's hope that in the meantime New York doesn't try to enact distracted walking fines like New Jersey, or follow Germany and use flashing lights to herd us like sheep.

Hear more from Ekene Ijeoma at this September's Core77 Conference in Los Angeles. Buy your ticket before July 31st for Early Bird pricing!