This Ship Sails To The Castle In The Sky

Amazing airships and more at the Ghibli Expo Exhibit

If you'll be in Tokyo before the end of summer, do us all a favor and visit the new Ghibli Expo exhibit while you still can. 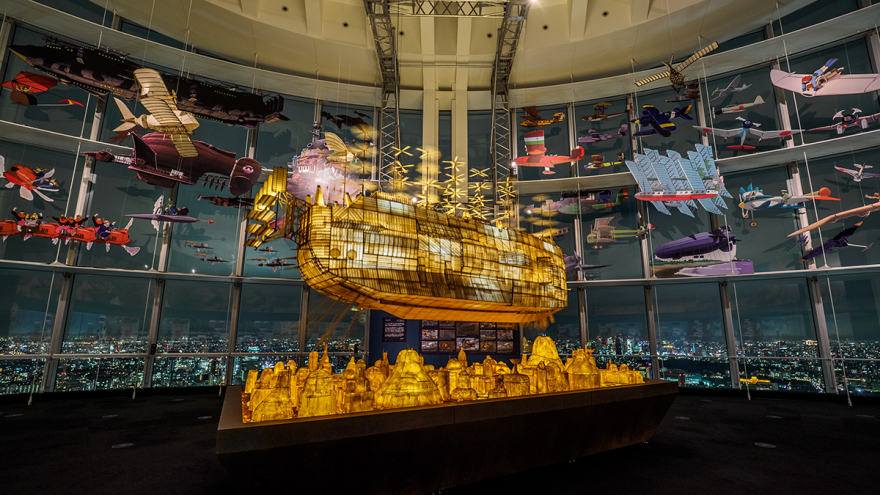 This exhibit is currently running at Roppongi Hills Tokyo City View, and it documents the labor and creativity behind some of the world's most beloved animated films. It features never before seen artwork, production materials, advertising, poster art and manuscripts from the last three decades. You can even snack on foods modeled after meals in the movies at the connected cafe. 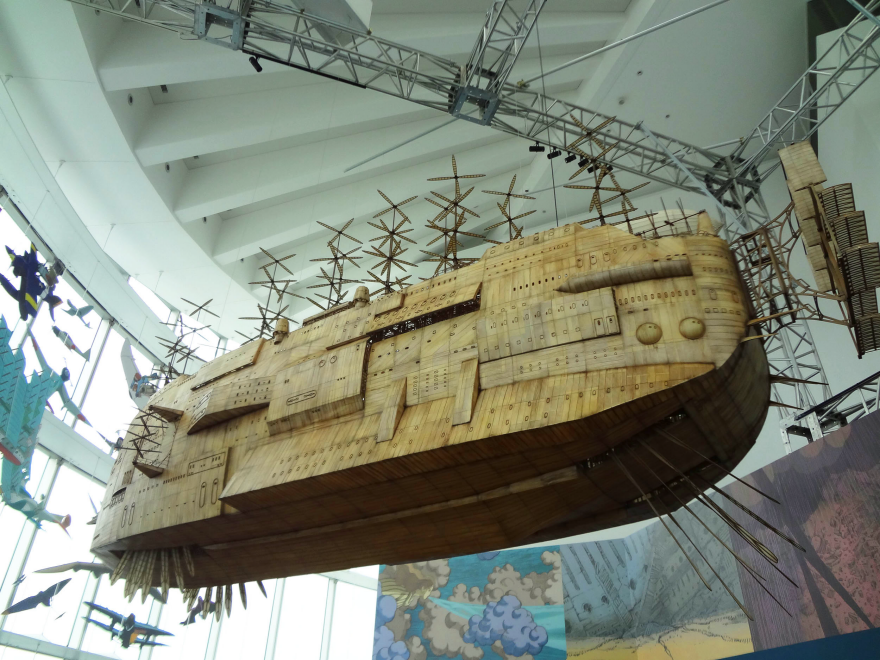 But–most importantly–a visit also gets you a chance to see this unbelievably cool magic air boat in person. The beautifully styled and surprisingly articulated airship was made to commemorate the 30th birthday of the Ghibli pioneer film Castle In The Sky, and it looks awesome.

The ship is around 2.5 metres high and 6 metres long. It paddles like the "real" thing while floating up and down, and is capped with a dense crowd of delicate propellers. It's surrounded by an armada of other inventive flying machines above a creative Miyazaki cityscape. The view from the 52nd floor viewing "sky gallery" can't hurt.

There's also an adult scale Catbus to climb in, and loads of cool material from Nausica through the newest release, The Red Turtle. But if you ask me, the skyboat is enough reason to go. 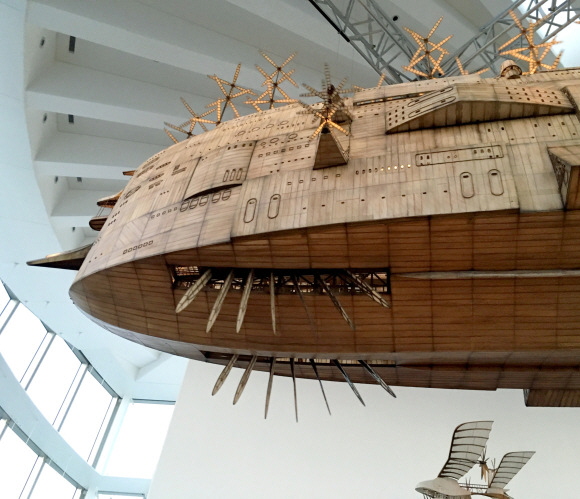 This Ship Sails To The Castle In The Sky