Two hammers were among the tools that received Red Dot Awards this year, and they could not be more different. How different can two carpentry hammers be? Not much in terms of their parts; each has a handle, head, striking face, and claw. But the design philosophy behind them can vary greatly, as it did with the Fiskars and Picard hammers below. 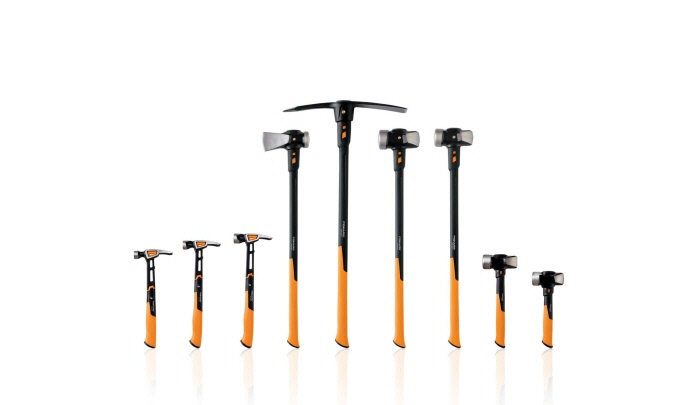 Long known for scissors, rotary cutters, and gardening shears, Fiskars only recently got into striking tools. Their new IsoCore line includes multiple hammers, mauls, and sledges—as well as a pick. Starting from scratch, they were able to incorporate much of the latest thinking into the design of these tools. The goal was to produce tools that are durable, ergonomic, and cool-looking too (kudos to Colin Roberts for his interpretation of Fiskars' design language). 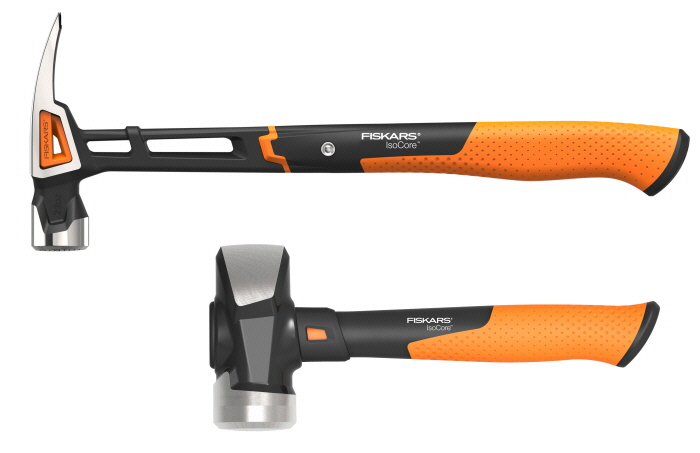 Durability is largely a function of the materials chosen for handles—steel for hammers and fiberglass for mauls, sledges, and the pick. There's no chance the head of the hammer will loosen or come off because the head and handle are forged from a single piece of steel. Openings through the head and handle give Fiskars' hammers a distinctive look and redistribute weight by "removing" material from where it doesn't need to be. 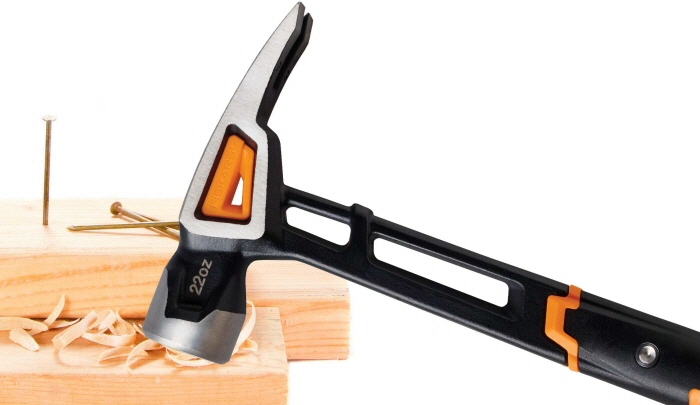 The handle is configured like a truss so the openings don't weaken it. 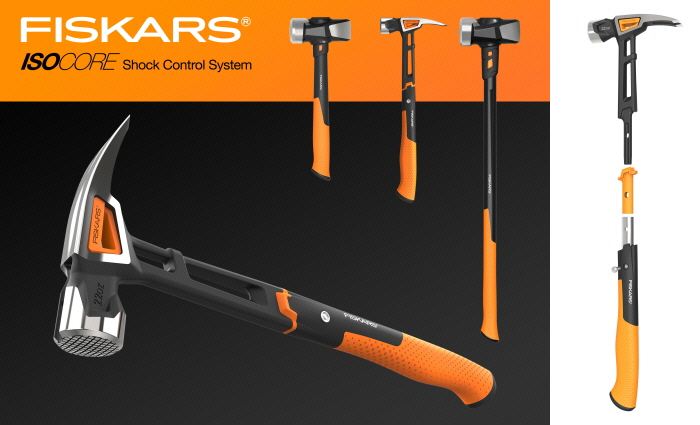 The ergonomics are a function of the shape and balance of the tools, and the materials chosen for grips. Fiskars devised a multi-piece hammer grip with a polymer (plastic) inner layer, a metallic middle layer, and a rubberized outer layer—which are said to work together to reduce the amount of vibration transmitted to users' arms. Vibration is bad because over time it can contribute to repetitive motion injuries such as tendinitis and carpal tunnel syndrome.

A less traditional approach would have been to lighten these hammers by three to seven ounces and make up for the consequent loss of striking force by relying on a faster swing. The best known proponent of this philosophy is Stiletto, the originator of the titanium hammer. In recent years, large companies such as DeWalt have adopted this strategy for some of their striking tools. Still, most hand tool companies continue to offer only "traditional weight" hammers. 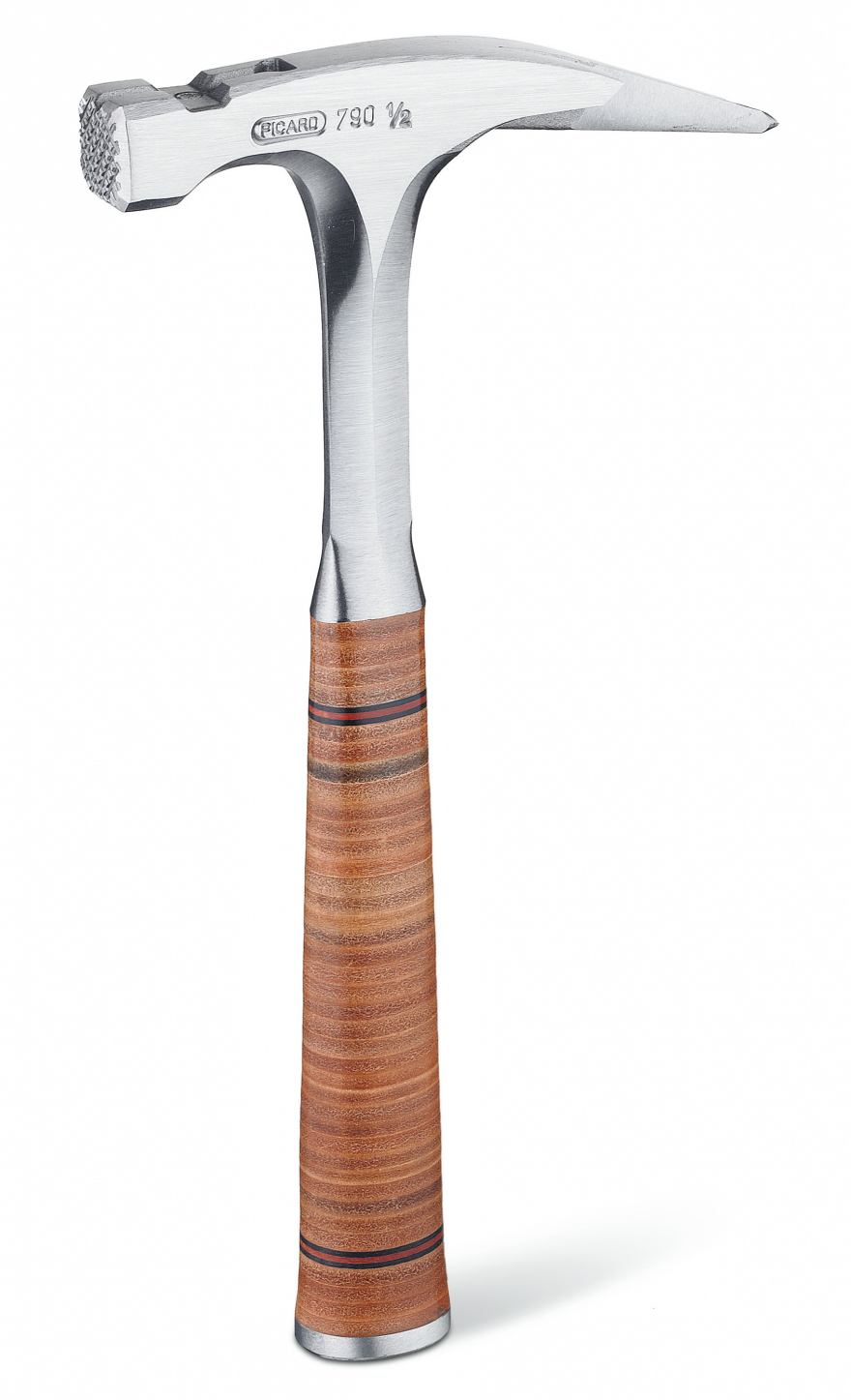 The Picard 790 1/2 latthammer is an example of a highly evolved traditional design. A lighter version of an existing model (790), its solid steel forging and leather grip remind me of an Estwing hammer I used as a finish carpenter. Retro 25 years ago, leather grips have long since given way to ones made from rubber or plastic. 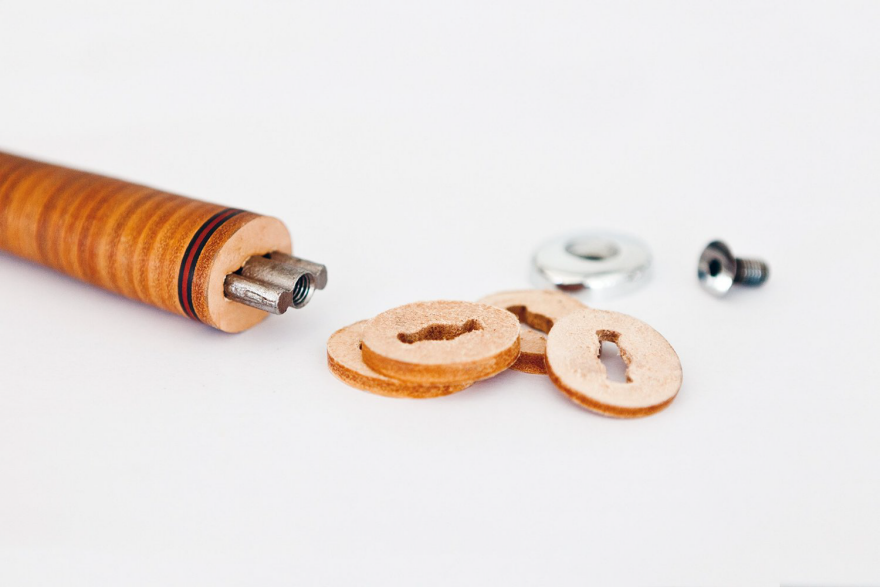 Said to adjust to the shape of the user's hand, a leather grip is made by slipping a series of flat leather "disks" over the metal shaft of the handle. A metal cap screwed to the bottom to holds the disks in place.

A latthammer (German for carpenter's roofing hammer) has a square face, a point that extends from one side of the claw, and frequently a magnetic nail starter. 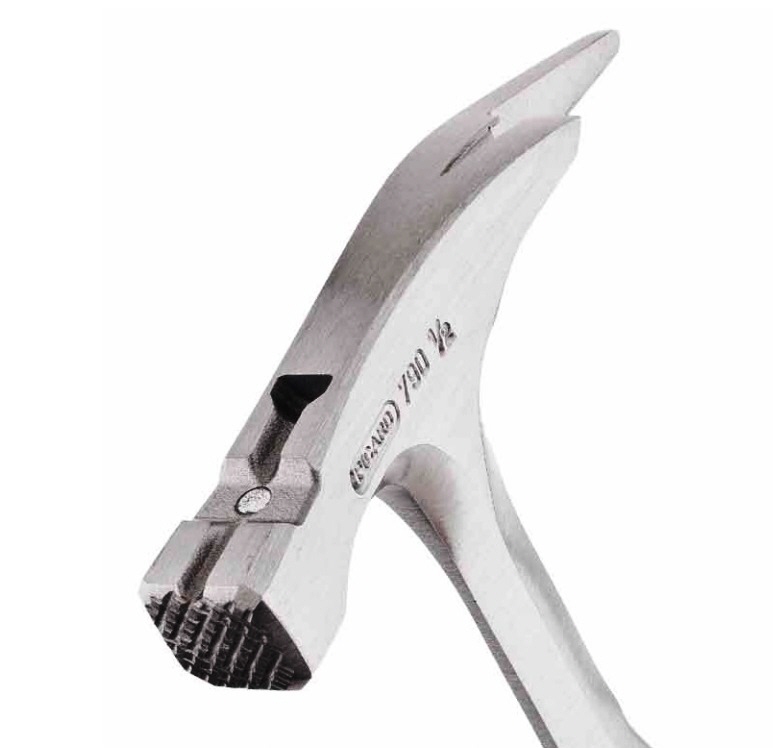 The square face makes it possible to nail closer to inside corners. This hammer is for framing so the face is milled. The face would be smooth if the hammer was intended for finish work. A magnet recessed into the slot on top will hold a nail long enough for the carpenter to start it one-handed.

Here a fastener is placed into the magnetic holder of a Gedore brand hammer. The next step would be to  swing the hammer and stick the nail part way into the wood, at which the nail would come free and the carpenter would drive it home in the usual manner. 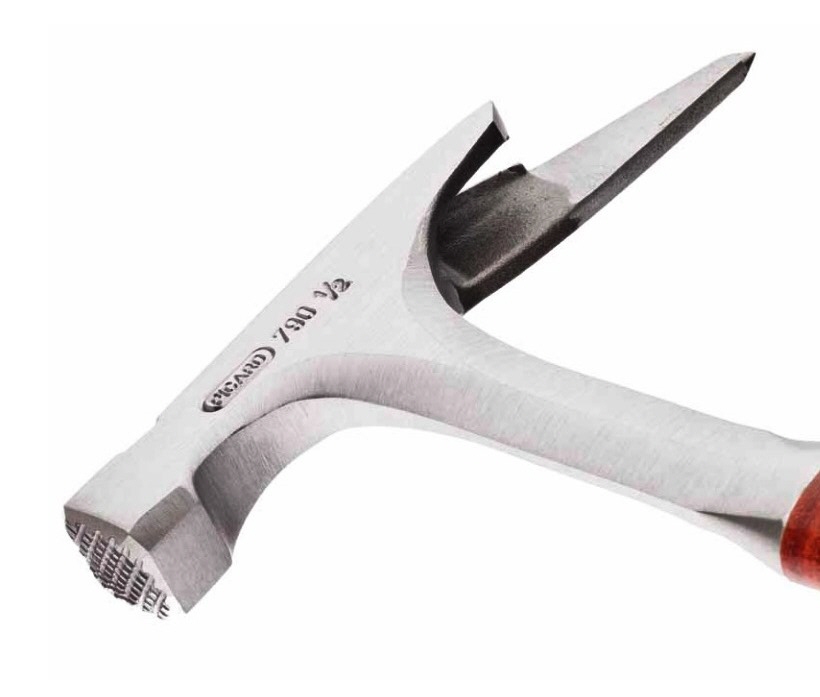 One of the defining features of a latthammer is the point extending from the back of the head. The point can be used for tasks such as chipping and scraping, and making holes in slate roofing tiles. The claw is shorter than that of American and English Pattern hammers but it's all there and it works.

As for why this is referred to as a roofing hammer, it's probably because most German homes are masonry and the one part of the structure that's sure to be framed from wood is the roof.