Got an Idea for a Lego Set? Submit Your Design and Earn Royalties!

The toy giant is paying for winning crowdsourced ideas 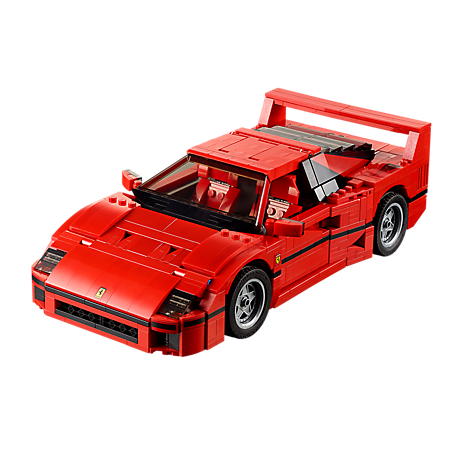 Last year Lego overtook Ferrari to become "The World's Most Powerful Brand," according to strategic consultancy Brand Finance. Maybe that's because Lego makes a Ferrari but Ferrari doesn't make any Legos. Heck, maybe Lego's motto should be "We can make you, but you can't make us."

Or can you? Despite the fact that the company already seems to offer models of everything under the sun, from modern architecture to castles, supercars to spaceships, they're still keen on fresh ideas from outsiders. Thus they've launched Lego Ideas, whereby you regular jamokes get to pitch the company on your ideas for Lego sets.

The way it works is, you pitch 'em an idea through the link above. You put together a model of your vision using actual Lego pieces, take some photos, then send them in (or use their Lego Digital Designer app). Lego posts your project on their site, then it's up to you to drum up support, by e-mailing and social-media-ing the bejeezus out of people who can click a button to support your project. 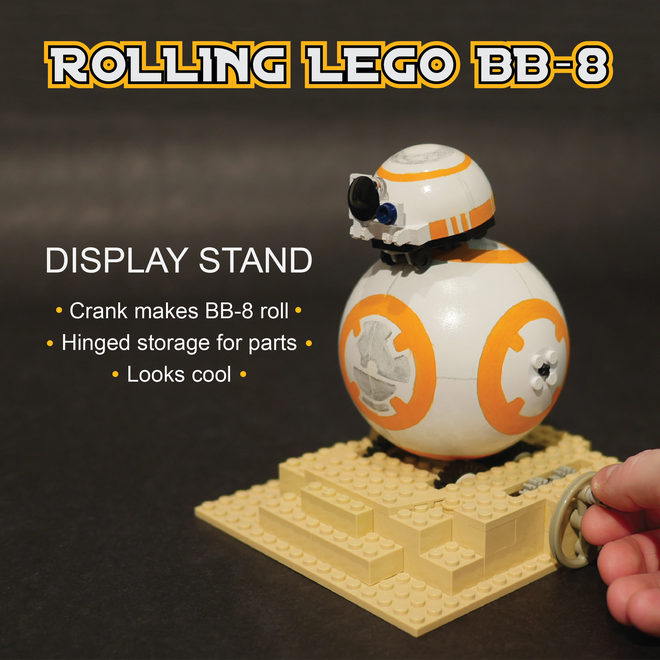 Rolling BB-8 by "Redrocker95." "This Model is able to roll on a single axis while keeping BB-8's head up on top! BB-8 Comes with attachable arms for both his Electric Zapper and Thumbs-up Torch abilities. BB-8 has a desert base station that uses a turn crank to demonstrate his rolling ability. The base station has a compartment to hold BB-8's accessories."

If you hit 10,000 supporters, that gets your project in front of an actual Lego Review, where their internal designers and markety-mucks take a look at it. If they decide it's a go, your idea goes into production—and the amazing part is, they actually consult you on it! How many design projects have you worked on where it gets taken out of your hands at the last minute? But here Lego's saying that after acceptance, "You give input to our professional LEGO designers, whose job it is to create the final set based on your project." 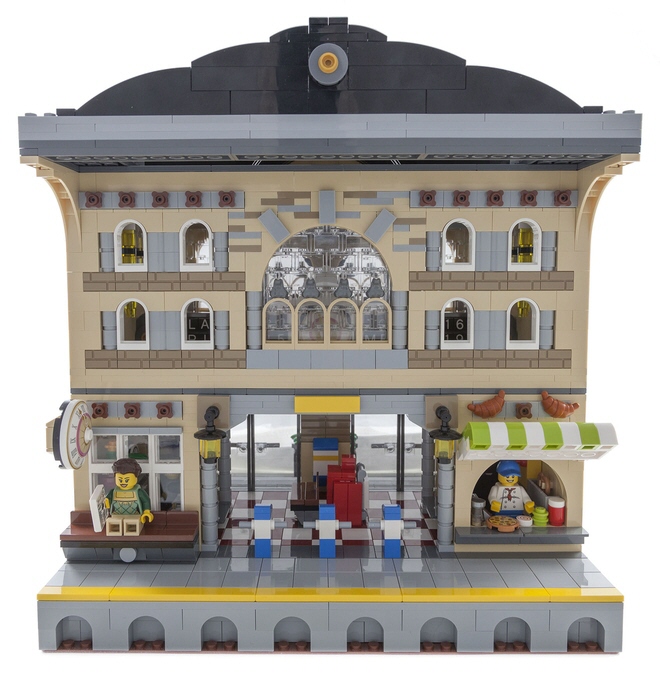 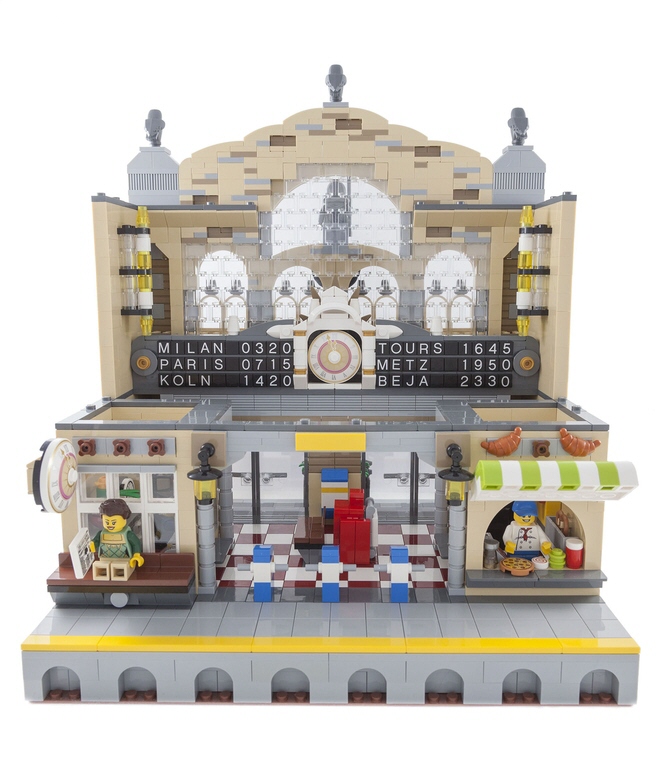 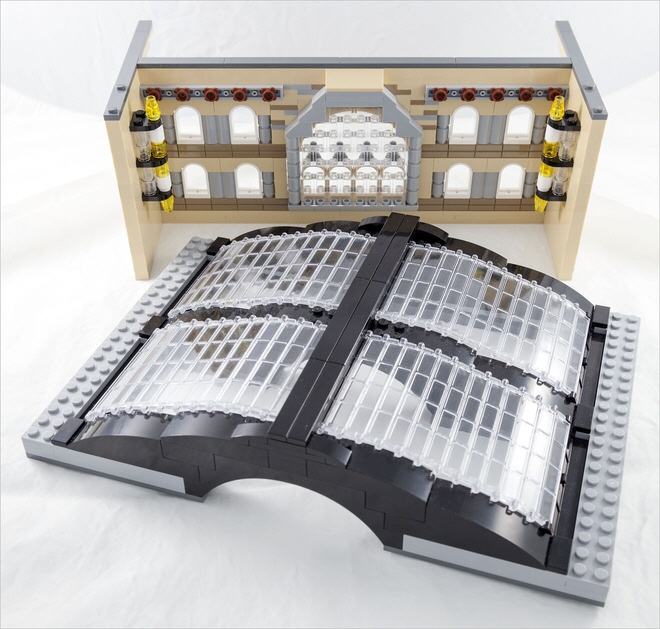 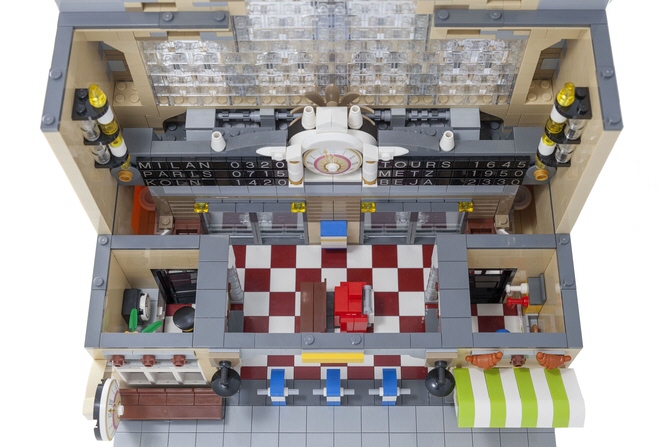 Modular Train Station by "LegoWolf." "Add your favourite locomotive to your Lego modular street with a train station! To fit in with the early twentieth century look of other buildings in the series, this model takes inspiration from nineteenth century stations in Europe. These structures were cathedrals to industry, marrying classical stonework and statuary with technological innovations like all-glass roofs. Many of these stations are still in use and have been renovated over the decades, bringing in advances like electric lights and RFID cards."

But that's not the most amazing part. That would be the bit where they actually pay you royalties. Admittedly it's only 1% of net sales, but that's 1% more than 0% of something you might already be doing in your spare time, if you're a Lego design nut. 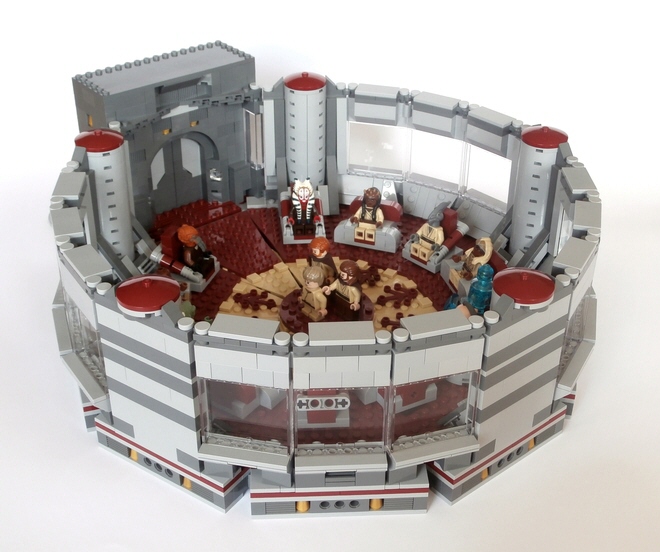 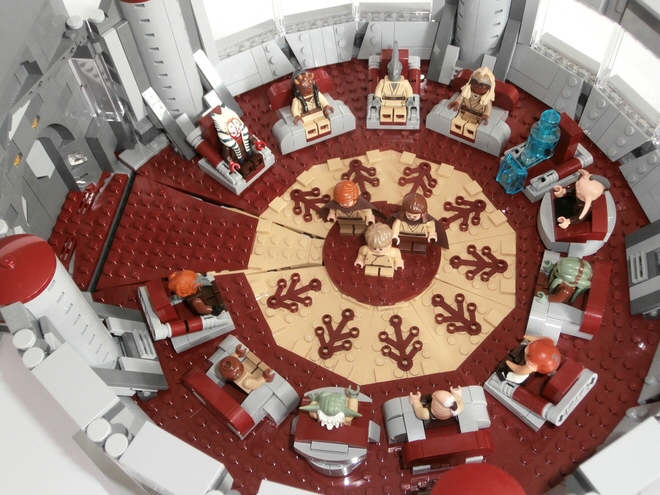 The Jedi High Council Chamber by "lojaco." "On Coruscant, the room where the Jedi masters meet during the rule of the Galactic Republic. A setting that can be populated by characters that are gradually collected with other Lego Star Wars sets, but already enriched with some unreleased knights and/or one new "Transparent-Light-Blue" minifigure (to act as hologram of a Jedi knight away). The set, with sliding doors mechanically operated, can be enriched with a LEGO Power Functions Light item (ref. 8870) to create glowing pushing buttons."

So, if you've got an idea for a set, we'd say you've got nothing to lose except some nights and weekends. All of the images you see sprinkled throughout this entry, by the way, are ones that have hit the 10,000 mark and are now under review. Can you do better?

Got an Idea for a Lego Set? Submit Your Design and Earn Royalties!