"Dirtbag": A Documentary On The Craziest Legend In American Climbing

You don't have to know anything about mountain climbing to recognize Fred Beckey as a special kind of powerhouse. For those who do recognize the name, he's more myth than man. Before REI, GoreTex, or titanium gear, ravenous climbers were fueled by legends about the impossible places Fred Beckey had been and his guidebooks that proved it.

Beckey is one of the most confounding, notorious, and impressive figures in the history of American outdooring, and the film Dirtbag: The Legend of Fred Beckey is ready to show us why:

Beckey began testing his limits against mountains while he was still in his teens, surviving illegal climbs and avalanches and coming back for more. He began challenging what people considered impossible shortly after. He's made more first ascents than any other North American climber, and did a shocking number of the climbs unassisted.

The list of summits and routes he singlehandedly pioneered is too long to list here, and his advice on climbing would fill tomes well beyond the 13 he's written. If you go outdoors, particularly out west, it's nearly impossible to avoid places he's routed or named. 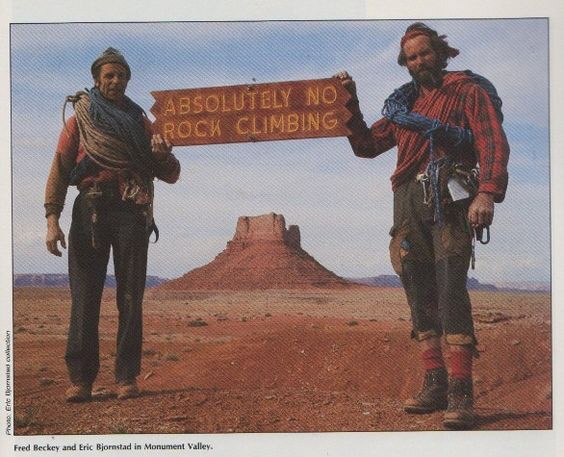 To pursue his wild and record-setting career he's spent the majority of his years as a down and out vagabond of the outdoors: an original Dirtbag with few other goals and a decidedly bohemian take on life. His dogged love for the climb above all else has pushed him into places few have ventured since, and has taken its toll on his relationships of all types.

Today he's still inscrutable and unstoppable at 93, and he has hardly changed his upward-bound lifestyle in the face of aging. He'll still sleep unannounced in friends' driveways, swear himself blue about past climbing partners, and slog up treacherous paths in pursuit of a rare view. 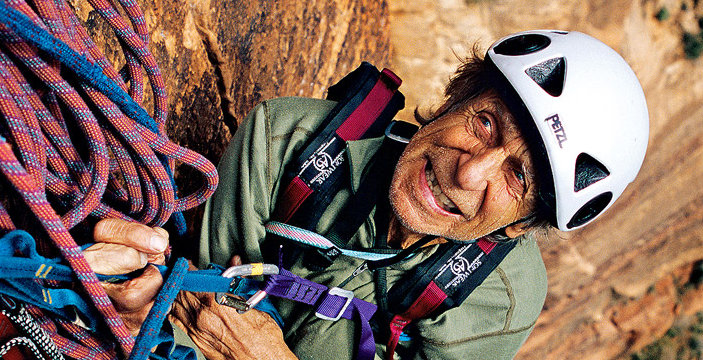 Dirtbag's director Dave O'Leske took a full decade of international trips and interviews with Beckey to build out a better picture of the enigmatic climber. In the process he assembled a surprisingly deep portrait of a passionate, obstinate outdoorsman in his later years.

The film combines intimate interviews and travels with Fred over the last 10 years, as well as historical photos and footage, beautiful aerial photography of his routes, animated anecdotes from his personal life, and interviews with numerous compatriots including some of the world's greatest climbers. 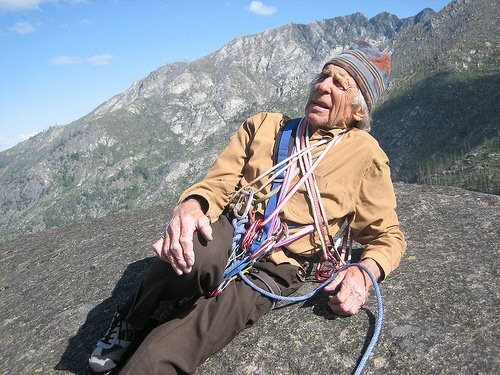 The film's production team has worked on several other feature length films concerning historic climbing and outdooring. If successful the campaign will support final editing, motion graphics, scoring, and be ready to roll out for the fall film festival circuit.

Whether you've followed Beckey's routes yourself or don't know a crampon from a carabiner, there's a good chance you've gained something from his zeal and love of the outdoors. Pioneers like Fred steered the development of modern athletics, environmentalism and technology. Even from the safe recline of a desk or couch, it's going to be exciting to see the old man get the credit he's due. 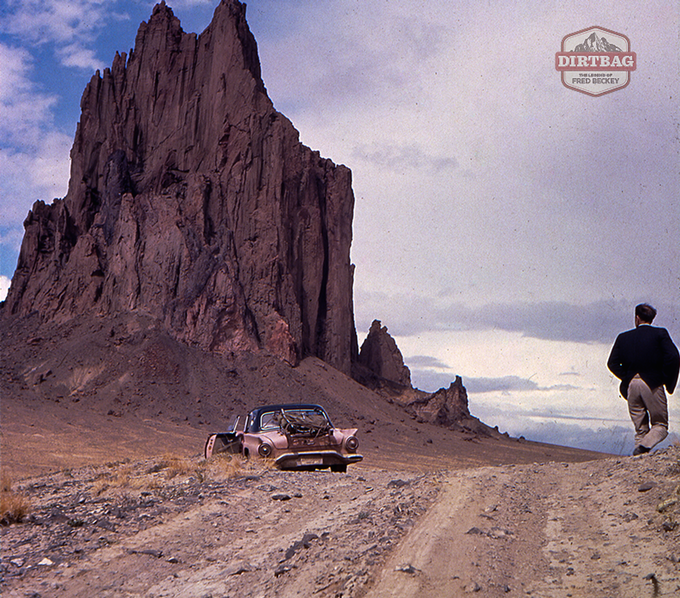