Safely Stick Stuff To Other Stuff With Fixate

[Update 8/4/2016: All funding for this campaign has been officially suspended by Kickstarter. While the company hasn't released a statement or further information on the cause, they have created an identical campaign on IndieGoGo. The following design review remains true, but consider the brand with care.]

There are a lot of spots in life where adhesive is helpful, and Fixate is adding a bit more brawn to the normal sticky options. These reusable adhesive pads are designed to adhere to a wide range of surfaces and hold objects up to a few pounds. This opens up many uses not possible with double sided tape or wall putty.

While they'd be right at home in SkyMall, their functionality seems serious. The formula doesn't appear to leave residue or require suction, and the two shapes offer a surprising breadth of possibilities. A secure skateboard cam? I'm intrigued.

Fixate isn't the first to put this idea out there, but they're the first to make the concept a smash hit. When compared against very similar products (like these), the key differences are minor but meaningful. I'd argue that the most important factors are the shape and color of Fixate's pads: the slim profile and subtle molding makes them feel more intentionally formed and easily moved, while the dark tone hides inevitable dirt and fuzz. 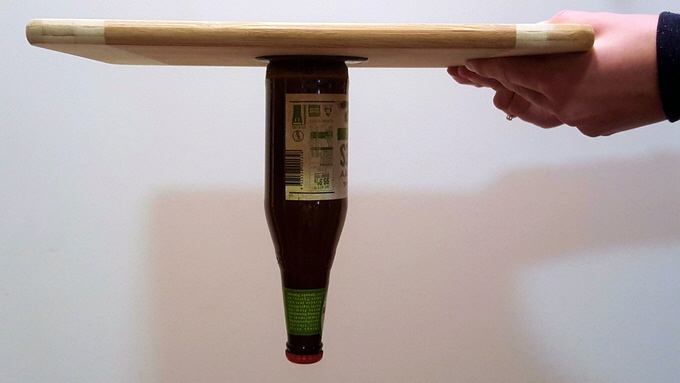 The ability to hang weightier framed art is a boon, and the idea of sticking up tech is interesting. I might not slap my iPad directly above a gas range as suggested in the video, but I wouldn't mind having it above the work table in my delicate-walled apartment, or next to the tub during a soak. Mounting speakers and other more permanent accoutrements seems like an even better use. 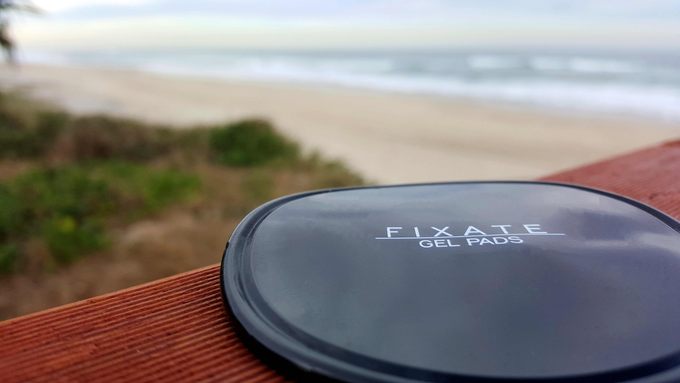 The current Kickstarter pricing starts at $7 AUD (~$5 USD) for one of each shape, with greater savings as you buy in bulk.

I'd be interested in how they're affected by climate and how well the renewable "stick" really lasts. I want to believe, but if they're anything like these I could wind up with a broken heart... and a broken phone.

Safely Stick Stuff To Other Stuff With Fixate