How Mapping India's Slums With Balloons Resulted in Unexpected Photography

Documenting informal settlements in Ahmedabad from the sky

According to UN Habitat, more than one third of the global urban population lives in informal or unauthorized settlements. The lack in documentation of informal communities leads to unprecedented political, social, and infrastructural challenges. Ahmedabad, the 7th most populated city in India, has the second largest informal population in the state of Gujarat. The city exists as a unique case study—one where incredibly innovative slum-upgrading projects coexist in a complex web, tangled with problems not yet addressed by redevelopment efforts. 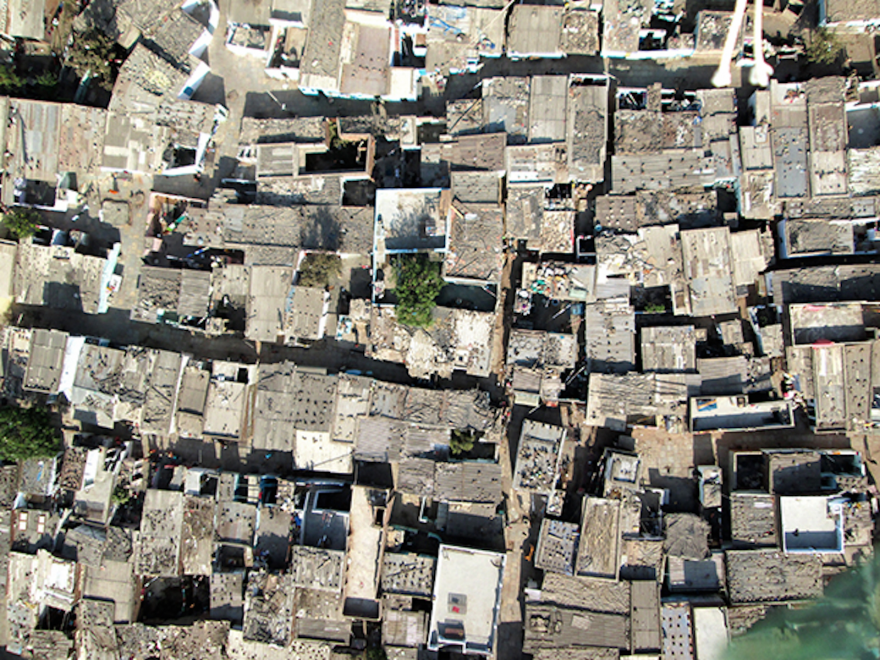 An aerial view of Ahmedabad.

Initiatives that set national precedents, including ones from the Ahmedabad Municipal Corporation and various NGOs, have made significant progress in addressing many needs of the city's informal population. In fact, there has been a large push to redevelop areas like Ahmedabad so that residents are rehoused in the same area instead of displaced. However, the nature and needs of these settlements are constantly shifting and evolving. With funding from the International Development Initiative at Massachusetts Institute of Technology, Jie Zhang and Susanna Pho, two architectural designers interested in exploring these complexities, set out on a one-month service trip to Ahmedabad in early 2013.

The slums in Ahmedabad were previously documented to varying degrees of resolution and completeness. Compounding this problem, the agility of many settlements meant that accurate maps were constantly changing and in need of regular updates. Up-to-date documentation would allow for more precise resource delivery from governmental agencies. It would also allow informal settlements to be fully recognized in a cultural context where residents are often marginalized. The opportunity arose for Zhang and Pho to work with informal settlement residents to find ways in which they could have a voice and active role in redevelopment through self-mapping. 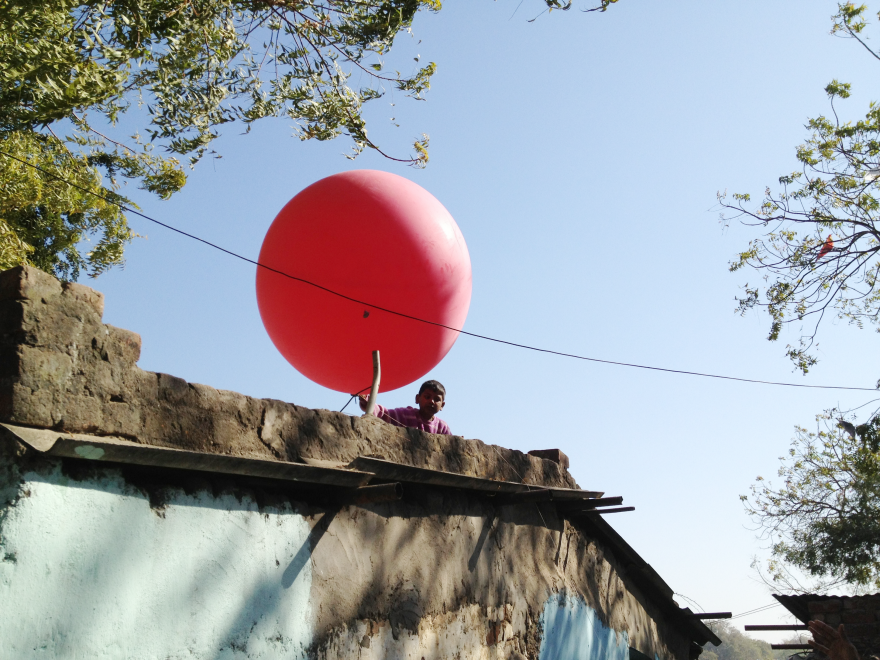 Building upon and utilizing open-source resources from Public Lab and the MIT Center for Civic Media, low-cost aerial mapping techniques using helium balloons were designed, tested and implemented. The balloons were created in partnership with local non-profits and community groups, further benefiting the settlements. Kite mapping was Zhang and Pho's original plan, as it would eliminate the need to pay for buoyant gas. However, housing density and impenetrable power line networks eliminated that option. The intent of the aerial mapping was to promote grassroots mapping as a useful tool for creating visibility. Through self-documentation, those living in informal settlements were able to increase their ability to engage with governmental stakeholders. The process also allowed documentation of the ever-changing state of the informal communities for future planning, architectural and service endeavors.

Little did these designers know, their self-mapping process would lead to quite the beautiful discovery. The mapping kit's alien presence, consisting of a 5-ft diameter weather balloon elevating a point-and-shoot camera encased in a stabilizing harness (made out of a plastic soda bottle), attracted very large crowds. As a result, the continuous take from the battered Canon PowerShot A2300 documented exactly what they wanted—productive aerial views of the most informal and impoverished communities of the city. However, they also ended up capturing, from curious happenstance angles, small glimpses of the people living within the unauthorized settlements. 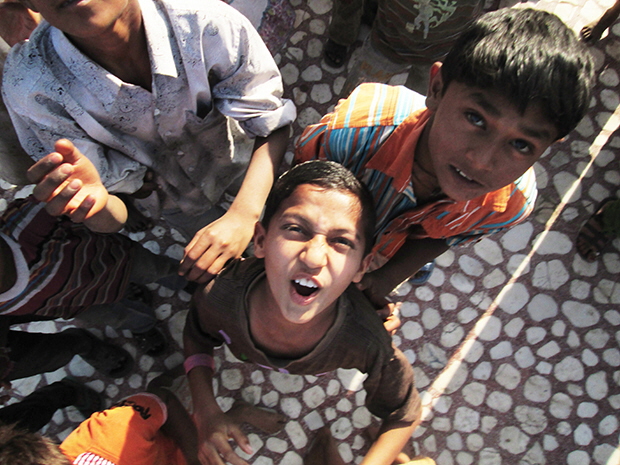 Discovering these honest accidents, three years after they were initially discarded as irrelevant, was a pleasant and inspiring surprise to Zhang and Pho. The images capture less deliberate moments that document life at two scales—that of the human and that of the human settlement.

"In the banality and crudeness of these shots taken from a swinging bottle in flight, we found an arguably more valuable reflection of our trip—a panorama of a lesser chronicled part of Ahmedabad embedded with intricate vignettes of an often invisible population." 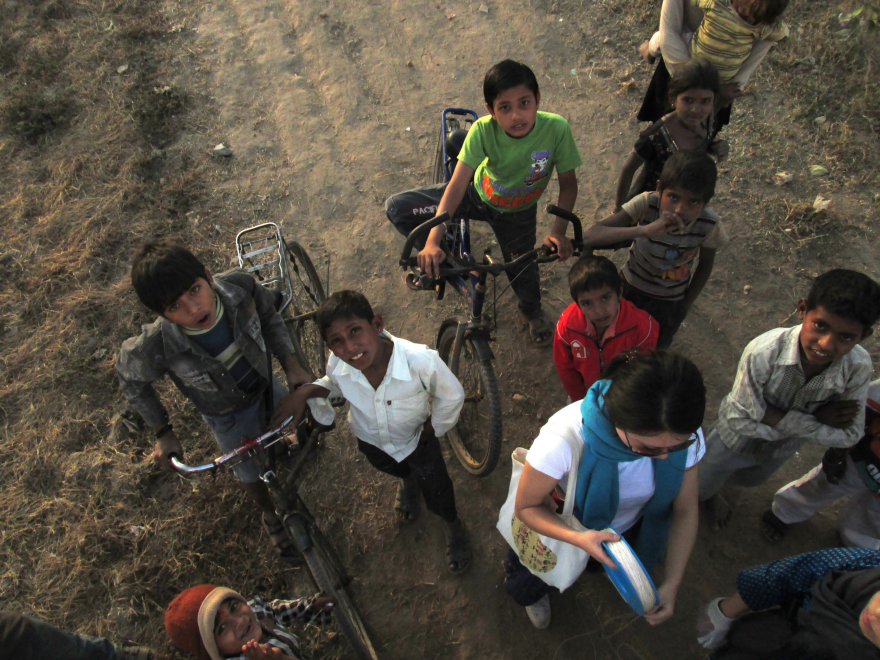 Even though the images are happenstance, they depict lives and mechanisms rarely acknowledged from a refreshing vantage point.