Can These Smart Shoes Find Pokémon?

Vixole takes AR tech down to your feet

Just when you thought the Poke-fever was breaking, here's a new shoe design to help you catch more over-hyped little monsters than ever. NY start-up Vixole's concept kicks would help guide gamers to prized Pokemon while feeling futuristic AF in the process. They look simple, retro and comfortable, and pack the ultra-chic promise of a "live" Charizard or custom light show right on your heels.

Mind not quite blown, but you do you

Literally speaking shoes are already pretty dang interactive, but the Vixole design goes all out: they would track in-game targets, display animated subjects on integrated LED panels, and notify the wearer of proximity through haptic feedback.

Their usefulness in tracking would depend a lot on the strength of the integrated tech itself, as well as on the sensitivity of the wearer and environment. Busy urban streets carry a lot of their own vibrations and I'd be interested in how these would drown out the physical "noise" of normal wear. 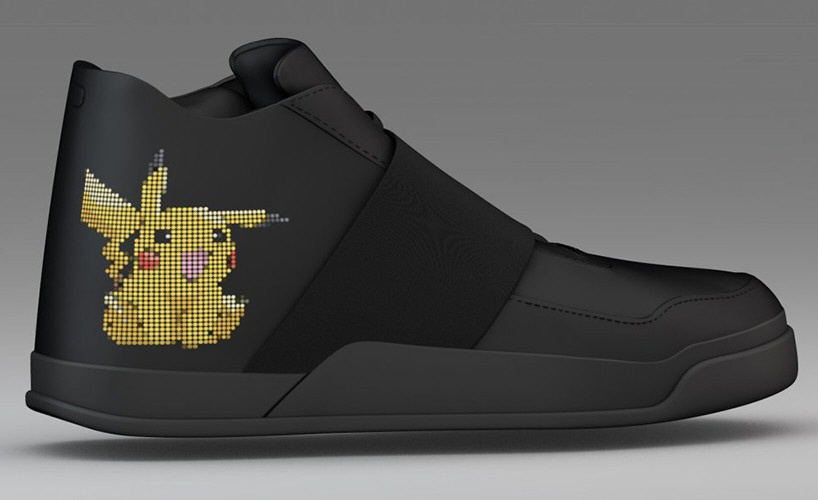 More globally, the aim to tap into mapped target proximity is a fun one, but Pokémon Go will require a lot more game stability before it can deliver. This week alone saw the plug pulled on the most useful online resources for tracking monsters… which is particularly concerning since Niantec is still silent on their own disastrous in-app tracking.

Most juries are still out on the success of Pokémon Go (and the viability of AR games in general), but when has that ever stopped trend opportunists? The lighthearted shoes are slated to hit Kickstarter in September. With three minimalist colorways and an estimated starting tag of $200, they're in a good position to find a good deal of interest in the nerdy sneakerheads of the world… if we haven't collectively forgotten about Poke-hunting by then.

Would you wear smart shoes if it got you deeper into a game?

Can These Smart Shoes Find Pokémon?