Every cook for him/herself

We Americans don't have much time left to barbecue, because summer's almost over and because our election cycle is leading towards the end of the world. (That's what they tell me on Facebook, anyway.) But that doesn't mean we can't still get in a few good Yea-or-Nays before everything goes to hell in a handbasket. So here's one for you, and it's barbecue-related.

First off, consider how a barbecue works (and if yours go differently than what I'm describing, do let us know below). You've got one guy working the Weber. Among the barbecues I have with my friends, this person controls the tempo of the meal, timing the batches so everyone can eat at the same time. (This is why I can't do it, as timing three well-dones, five mediums and two medium-rares to all come out at the same time reminds me of my miserable days as a short-order cook.)

That's if your grillmaster's a pro. In my mind, the amateur barbecues are the ones where the food comes out willy-nilly, and you've got people eating while talking to people who aren't eating, like we're all a bunch of savages. So there's my bias.

Finally, here's the product in question: The Jag Grill, a kind of communal-yet-every-man-for-himself outdoor dining table with built-in grilling stations:

Whaddaya think? At first glance I thought it was cool, then started thinking about the actual UX and changed my mind. Here's why my needle swings to Nay:

1. Seems like it requires a lot more briquettes, as each diner needs their own batch.

2. I'll happily take a wire brush to a single grill, but I don't wanna clean eight of 'em, and I certainly don't want to be the guy stuck with cleaning out the center bin.

3. If you've got eight diners, you need eight pairs of tongs. 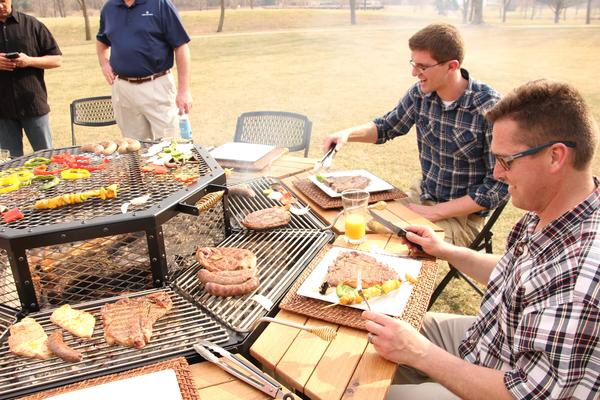 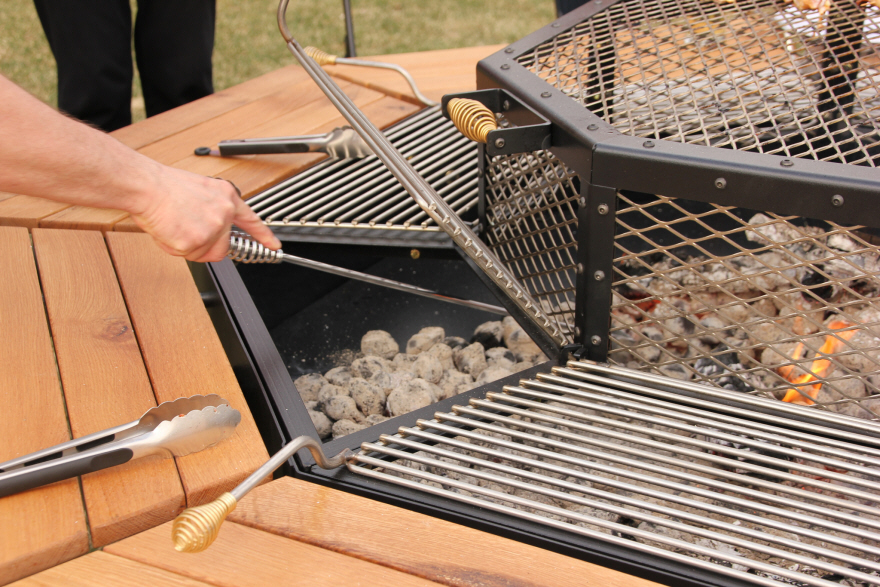 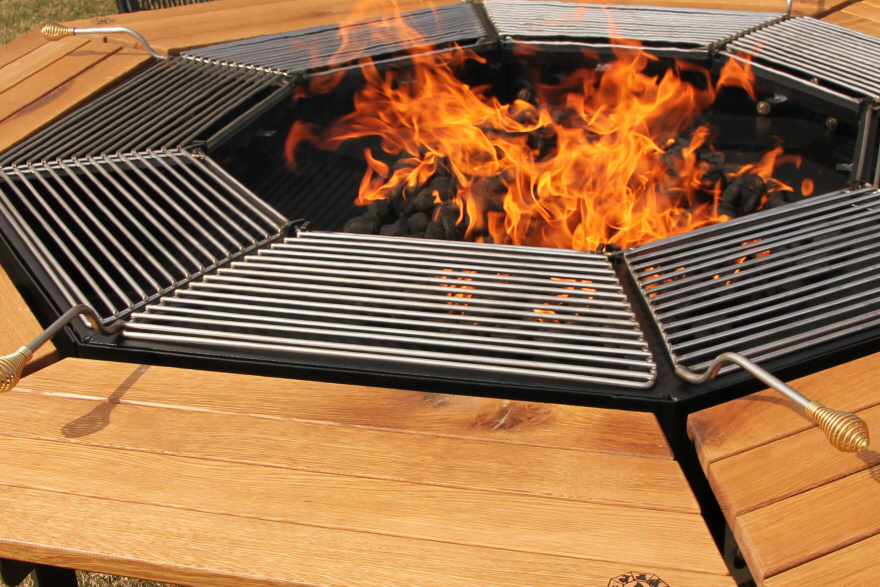 4. As the wind changes, diners will take turns eating amidst facefuls of smoke.

5. In terms of culinary competence, my friends range from masterful to do-not-let-him-touch-the-stove. I have no confidence everyone's meal with be of the same quality.

6. Maybe my friends and I are a bunch of uncoordinated degenerates, but every barbecue or picnic I'm at, some butterfingers knocks a beer over at least once, and this table's pit would definitely see its share of Miller Lite. 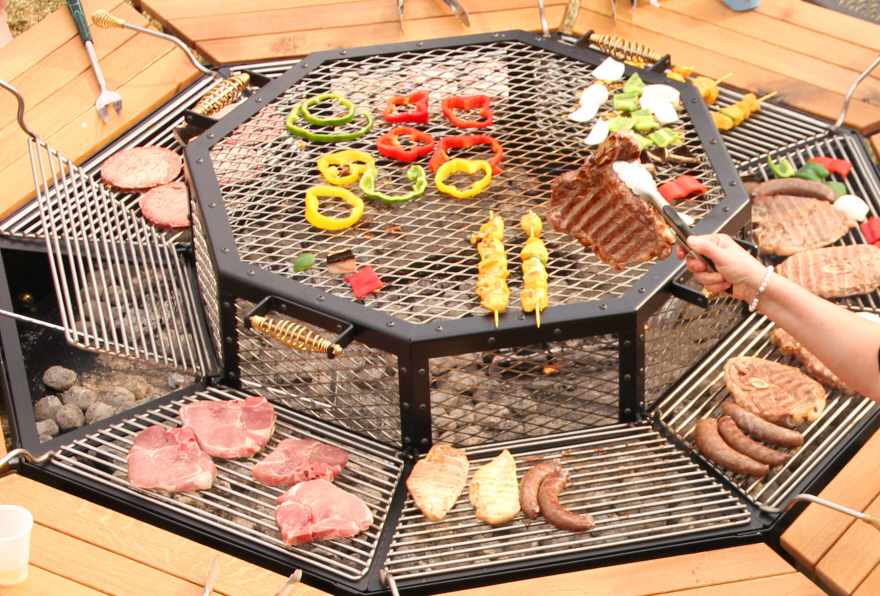 I've said nothing about the potential safety, as I realize not everyone's friends may get drunk enough to carelessly put their hand in the wrong place.

So, what do you all think? Do you like the idea of decentralized cooking? Do prefer your barbecues (and please name your region) to be affairs where everyone eats at once, or food is doled out piecemeal? Would you buy one of these, and if so, what do you see as the pluses?