The Toasteroid is a Bluetooth equipped chance to customize your sandwich in the modern fashion: by using your iPhone. This humble corner of the culinary arts wasn't exactly begging for a web 3.0 update, but damn it, it's getting one. The pitch is simple: your abstract brown toast is crappy and boring, but all it needs is your digital brand. 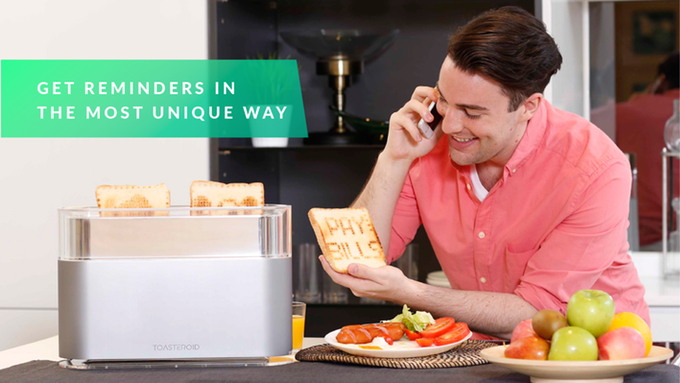 Thanks, Toasteroid! Screw you, Comcast.

Looking just a hair off from a We Put A Chip In It feature, this thing will let you touch-input a design, pick from a library of graphics, or toast-print data from the web, straight onto bread! You can even send and receive "secret" toast messages with other toast-graphics enthusiasts. Racy! And there's no yummier way to destroy the evidence of your infidelity.

Though bread-based communication is a patently silly idea, at the time of this writing they're over $57k towards their 150k goal on Kickstarter, and the world will probably never be the same.

The tech sector wishes Brownness Control were that easy

Tools like Twitter and Snapchat still come under fire for fueling increasingly self-obsessed culture. Let them keep the heat. It's high time for foods we can text with — we deserve this outlet for our individual creativity. The real question isn't "Why not?" as the campaign poses, it's How has it taken microblogging this long to get into my sandwich?? 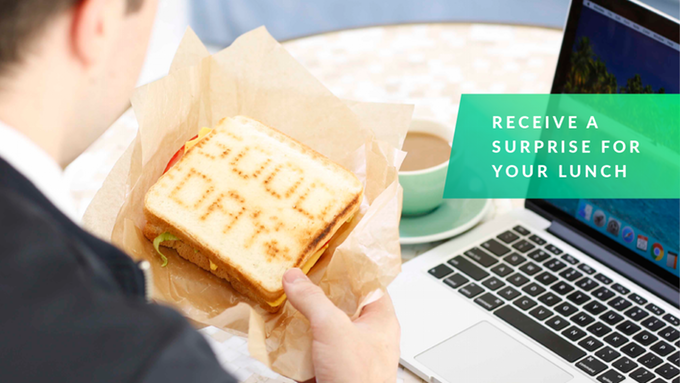 Don't tell me what kind of day to have, MOM

Normally if someone disrupts my breakfast tech it's a recipe for disaster, but with the Toasteroid my toast will never go quietly into its dark night again. In the two long minutes of its post-toasting/pre-masticated life it'll be the star of a show I never wanted to watch but will anyway because people won't shut up about it and now that it's here I guess I always wanted to digest a celebrity.

The video poses the awfully personal question, "Has your breakfast ever been so enjoyable?" and takes shots at moms' traditional toast (y'know, the exact same toast, but without emojis) as a "boring piece of blah." The Toasteroid might not be trying to radically upend the fundamental nature of breakfast, but it's apparently trying to start shit between this mother and daughter:

I think Tom needs to visit the Genius Bar, or figure out literal windows

I'm interested in the microfilaments used to make the custom toast imagery, since they seem like they could produce a more even toast than a lot of standard offerings. The rest of the design seems slick but large and conspicuously downplayed in the pitch. Let the record show that I'm not categorically against novelty kitchen goods (I once lost sleep about passing up a Hello Kitty waffle iron), but toast quality can get contentious and the hardware quality should exceed the software.

Maybe I'm being too crunchy? Done right this thing could usher in a whole new era of edible Pokemon and embarrassing lunch notes from your mom. Like it or not, we're living in a time where there's an app to revolutionize our boring old relationship with our hideously outdated toast. And just think, you can now toast whatever you want: