Coordinating this photo was really challengering

Car clubs are nothing new, but we got a kick out of this one's recent photo session. Peach State Challengers is, as the name suggests, an auto club exclusively for people who own Dodge Challengers and live in or around Georgia. (That's our "Peach State" for you non-Americans.) During a recent get-together, someone apparently brought a camera-equipped drone, and they coordinated these photographs: 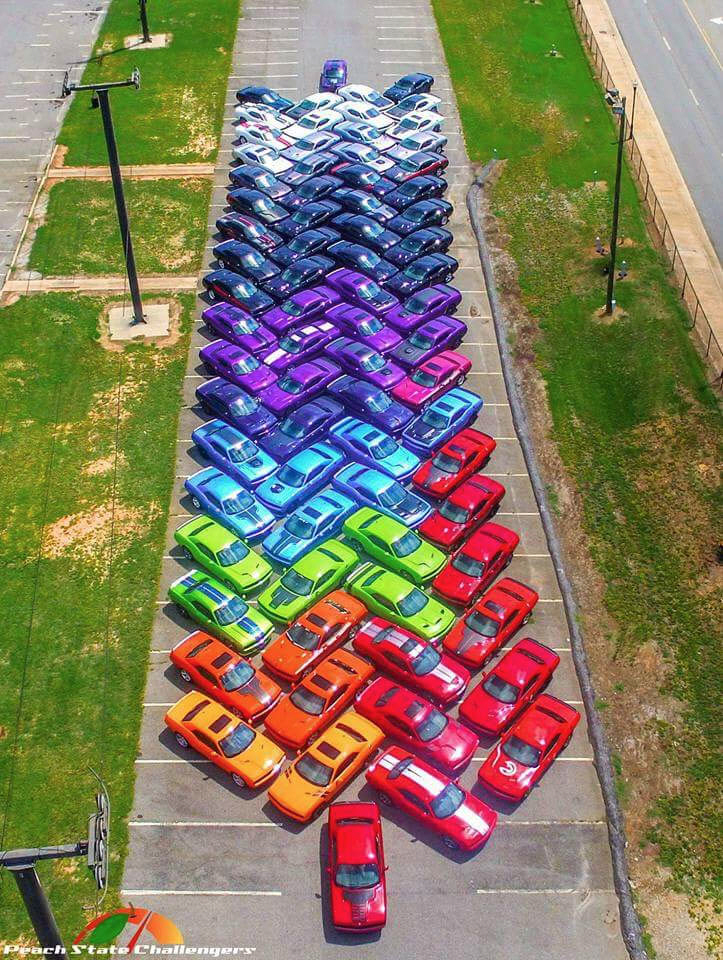 The photo below shows what exterior colors Dodge offers the Challenger in for the 2016 model year:

I can only assume the ones in the PSC photos are earlier models, or custom paint jobs.

Here's what I can't figure out: Why the two black ones and lone purple one at the rear? Do you suppose it's for aesthetic balance? Shane McGlaun over at 95 Octane writes, "I can only assume the few cars out of place at the very back were late to the show but wanted their participation medals."

(Motorheads: I based the headline statistic on the fact that the base Challenger with the six puts out 305 horses, the top-of-the-line Hellcat puts out 707, averaged the two, then multiplied it by the 77 cars I counted. Troll me if you like, but I damn sure can't tell what's under the hood by looking at the exterior trim in a drone shot.)