The Maybe Maybach: Mercedes Might Be Working on a 20-Foot-Long Car

Also, credit for some transportation designers is "long" overdue

Mercedes-Benz is teasing the following image on their Facebook page: 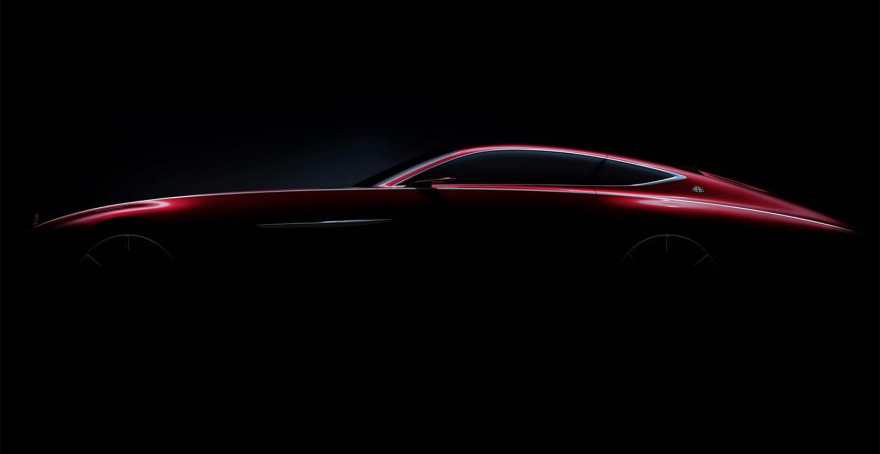 The only description they've provided is "Hot & cool—almost 6 metres of ultimate luxury." Six meters is 19.7 feet, so this thing is apparently going to be about as long as a 1976 Cadillac Fleetwood.

Rendering by Coroflotter Joe Ellice. "Florentine Gold Firemist Fleetwood - Measuring in at a a whopping 233 inches [19.4 feet/5.9 meters], this 1976 Fleetwood was the longest [non-limo] Cadillac ever made."

As for what it is, they're not doing a good job of keeping it a secret; downloading the image reveals the filename "maybach_concept_coupe_1.jpg." Commenters instantly drew comparisons to the Maybach Exelero, a 5.8-meter long one-off coupe built in 2004 for Fulda Tires. The Exelero was fully-functional and featured a 700-horsepower twin-turbo V12.

Fulda (a German subsidiary of Goodyear) commissioned the car to test their next-generation tires and serve as a showpiece. It did indeed: Jay-Z borrowed and featured the car in his 2006 music video for "Lost One."

In 2011 it was rumored that Birdman (the rapper, not the cartoon superhero) purchased the Exelero for a whopping eight million dollars, but apparently he never finalized the deal nor took possession of the car. 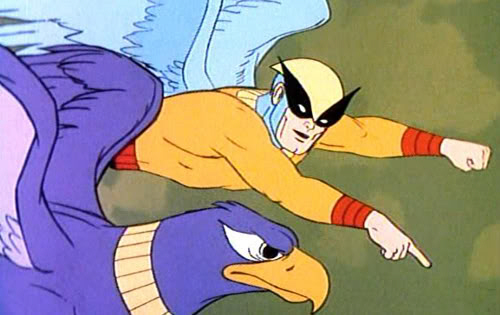 "There it is, Avenger! I'll give you twenty bucks if you can crap on it from here!"

The German website Motorvision reports that the Exelero is currently in the possession of Mechatronik GmbH, a German company specializing in the restoration of classic Mercedes automobiles. Motorvision also revealed this interesting tidbit: The car was designed not by Maybach staff, but design students at the University of Pforzheim! eMercedesBenz provides more detail on the design team:

[The Exelero design team was] headed by Prof. Harald Leschke [and consisted of] two professors and four students from the Transportation Design department of Pforzheim Technical College. Nine months later, the draft of one of the students was selected for realization from a line-up of promising design proposals. This student had succeeded in creating the most elegant symbiosis of the related form languages of past and present car generations.

We'd have guessed the final student to be Daniel Simon—we interviewed the guy ("From Bugatti to Hollywood") and he went to Pforzheim—but it turns out Simon graduated in 2001, and the Exelero project was started in 2003.

Thanks to sharp-eyed reader Drew Meehan, we were led to the Exelero's original project page, which lists the names of the four students. Apparently each turned in their own take, and one was chosen. Sorry for the tiny images, but these are from 2003: 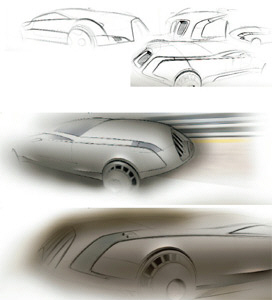 
"The optimal combination of elegance and high performance was the the aim of the design by Wolf Seebers. In particular, the contours of the radiator grille clearly indicate the inspiration of the characteristic Maybach design. The line from the cockpit to the tail section, in contrast, was designed in two steps which bear a close resemblance to the design style of Formula 1." 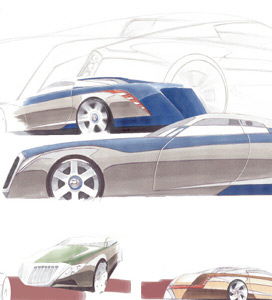 "Andreas Hellmann's proposed design went in another direction. His concept had a very American look about it but, at the same time, possessed unmistakable traces of its historic predecessor. The choice of two-color paintwork, for example, is an attractive visual reference to the famous test vehicle from 1939 [an earlier Fulda/Maybach collaboration]." 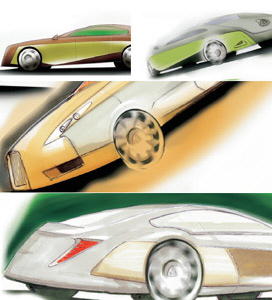 "Like the model from Andreas Hellmann, the design study from Stefan Barth also called for a two-color paint job for the new Fulda Concept Car Exelero. The design of the tail unit was thereby based on the the model of a boat's stern. The most striking modification in Barth's concept: here the fins on the hood of the original are extended harmoniously into the line of the roof." 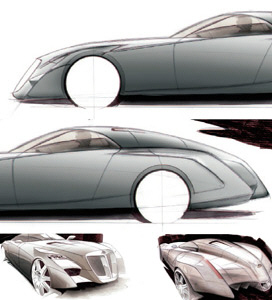 "The design study by Fredrik Burchhardt led to different associations: While some recognize significant traces of a Corvette split window, parallel to that others drew comparisons with the construction of a catamaran. The design made in the colors red and black put the focus clearly on the radiator grille and deliberately avoided the use of a fender at the front."

It drives me nuts when designers are not given credit; the teaser rendering up top is completely unattributed. Here's to hoping the designer[s] eventually get some freaking recognition!

The Maybe Maybach: Mercedes Might Be Working on a 20-Foot-Long Car